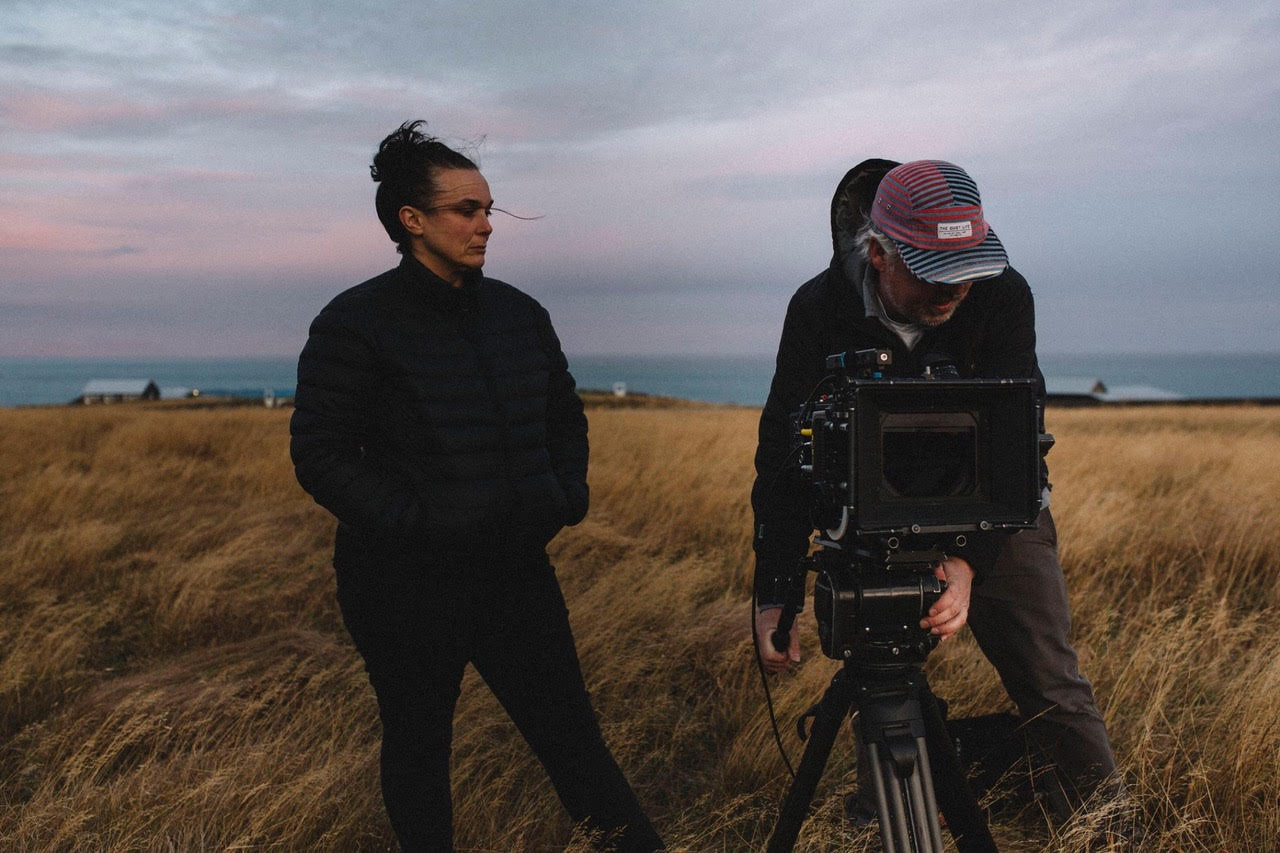 Mylissa Fitzsimmons is a California-based writer, producer, director and photographer. She is the co-founder of the Los Angeles Women’s Film Collective and recently served as an executive producer for A Black Rift Begins to Yawn. He feature debut Everything in the End has been shown at more than 40 film festivals and will screen at the 2022 Fargo Film Festival the afternoon of Friday, March 18. Fitzsimmons’ small but mighty VHS collection includes The Thing (John Carpenter, 1982), Boy Meets Girl (Leos Carax, 1984), Some Kind of Wonderful (Howard Deutch, 1987), Rosetta (Luc and Jean-Pierre Dardenne, 1999), Pump Up the Volume (Allan Moyle, 1990), Breaking Away (Peter Yates, 1979) and an unopened copy of E.T. the Extra-Terrestrial (Steven Spielberg, 1982).

Greg Carlson: Is Fargo the last stop for Everything in the End?

Mylissa Fitzsimmons: Fargo will be my 43rd festival with the film. Something inside told me I should go. Who knows what is going to happen next? I am excited to have an opportunity to see the movie in a place like the Fargo Theatre.

GC: Where did you grow up?

MF: Until the age of 13, I grew up in Moab, Utah. After that, I went to high school in Salem, Oregon. Two very different places.

GC: What was the movie scene like in Moab?

MF: Moab is where I discovered my love for movies. It’s a different town now, but when I was growing up — unless I was outside playing — the other thing I did was go to the movies and rent movies. We had a drive-in theater, and I could see the screen from my backyard. I grew up in a single-parent household, so I spent a lot of time watching movies. The movies were my babysitter and my friend. You could buy one ticket and hide behind the curtain to stay for the next show. I did that all day.

GC: What sorts of movies were your favorites?

MF: Horror movies were definitely a thing in the 80s. At the end of each month, the theater would run a bunch of horror on the weekend. I spent hours watching those. And then I would have to ride my bike home in the dark.

I went back to visit in my early 20s and the theater was being converted into someone’s home. A competing multiplex had opened. My childhood theater had been gutted and all the seats had been torn out and were stacked outside on the sidewalk. I took some photos and walked along the chairs until I found a certain one. I had carved “Mylissa was here. I saw E.T.” into it. I tried to convince the owner to let me buy that seat. 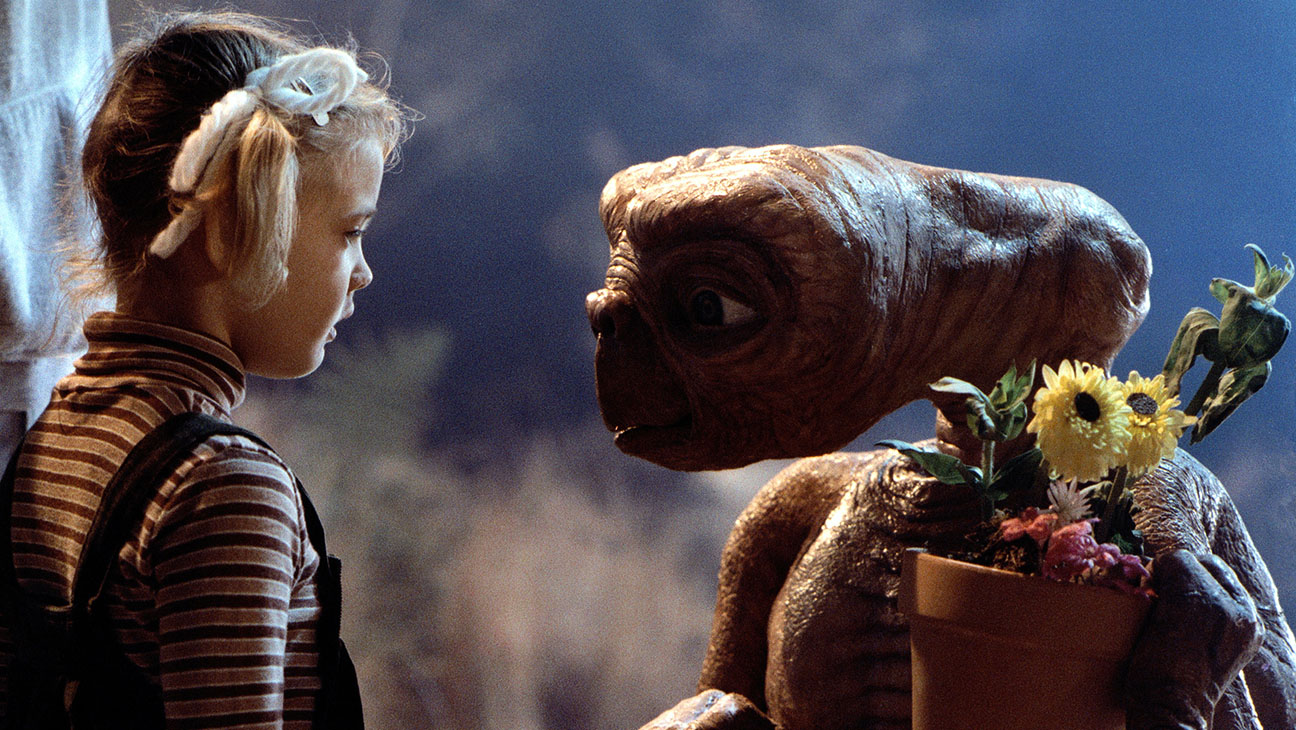 GC: But he wouldn’t sell it?

MF: No, he would not sell it to me. But at least I was able to take a picture.

GC: I love that story.

MF: My favorite films are wrapped around what was happening and the emotions in my life at the time. E.T. is my all-time favorite movie. People are sometimes surprised when I tell them. It’s just one of the greatest movies ever.

MF: I cry every time I watch it. And I still have all my E.T memorabilia.

GC: Me too. For both statements.

MF: I have seen it more than any other movie. Every movie I have ever made contains an homage to E.T. somewhere in the film. And I don’t care whether people notice them or not, as long as I know they are there. But what was going on in my life and the age I saw it made such an impact in my life.

GC: Which horror movies stuck with you?

MF: I saw A Nightmare on Elm Street 2: Freddy’s Revenge and remember walking back home with my brother and sister. Now, I can’t tell you anything about the movie, but I can tell you the feeling that I had while watching it and everything that happened after the movie. We came home and discovered that someone had broken into our house and tried to attack our mother. The police were there when we arrived. So, I imagine Freddy Krueger trying to attack my mom. 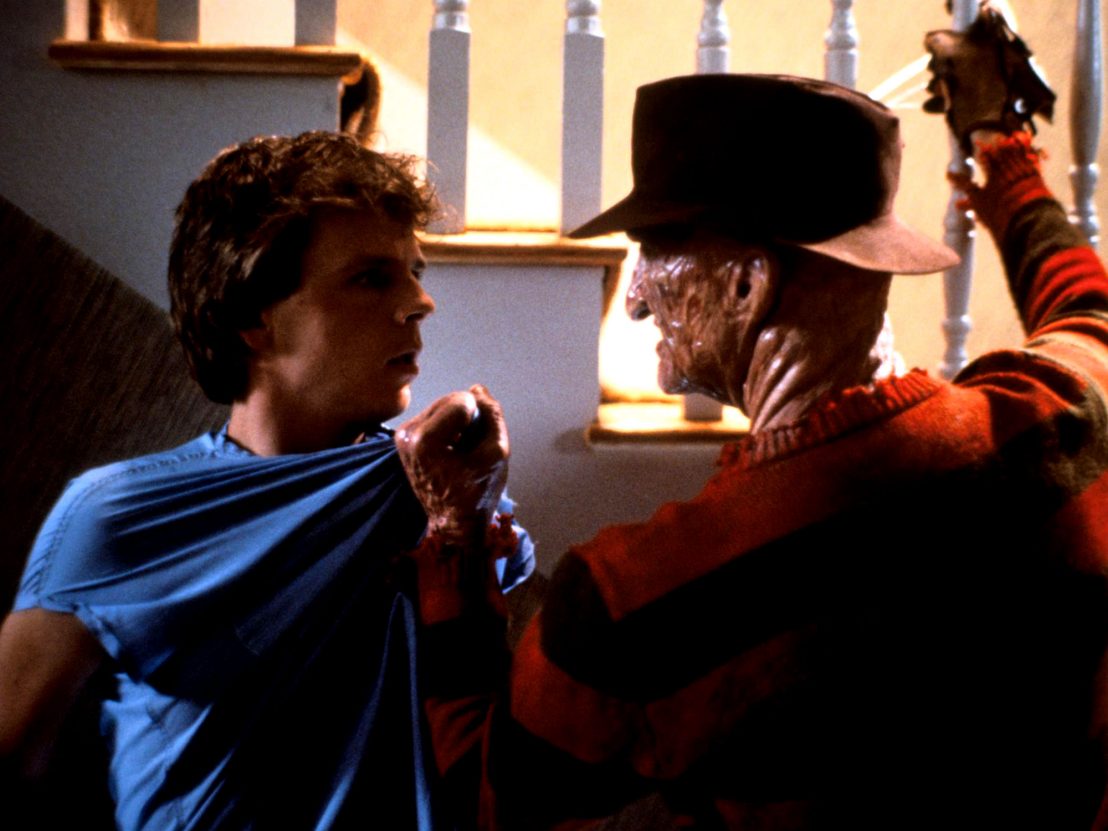 MF: When I saw Maniac, it was the first time that I realized a real human in real life could kill somebody. Definitely made me fear cabs and taxi drivers. So the movies I remember most are based on childhood impressions — even though I probably should not have seen those movies when I was young! So more often than not, I remember what was happening at those times in my life rather than details from the films themselves. Does that make sense?

MF: My grandfather took me to The Goonies. He was the most important person in my life. I vividly remember that day, being with him. Even though he was older, he really enjoyed the movie. He laughed hysterically and got really into it. Like he was a kid. I love The Goonies because I so badly wanted to have those kinds of adventures. In Moab, you are out exploring the world, exploring the desert and hoping to find a cool experience.

GC: What moment from E.T. makes you cry the most?

MF: When E.T. is sick in the bathroom and Elliott’s mom comes in. But another scene that I love — and describe when I try to explain why the film is so special to me — is at the beginning when Michael and his friends are playing Dungeons & Dragons and Elliott is trying to get their attention and be included but they ignore him. That scene hits so hard because I felt like that was me. I just wanted my family to notice me. I just wanted people to notice me. I felt like I was on the outside, and I wanted to be on the inside.

Read More at VV — Know the Cast: ‘The Bubble 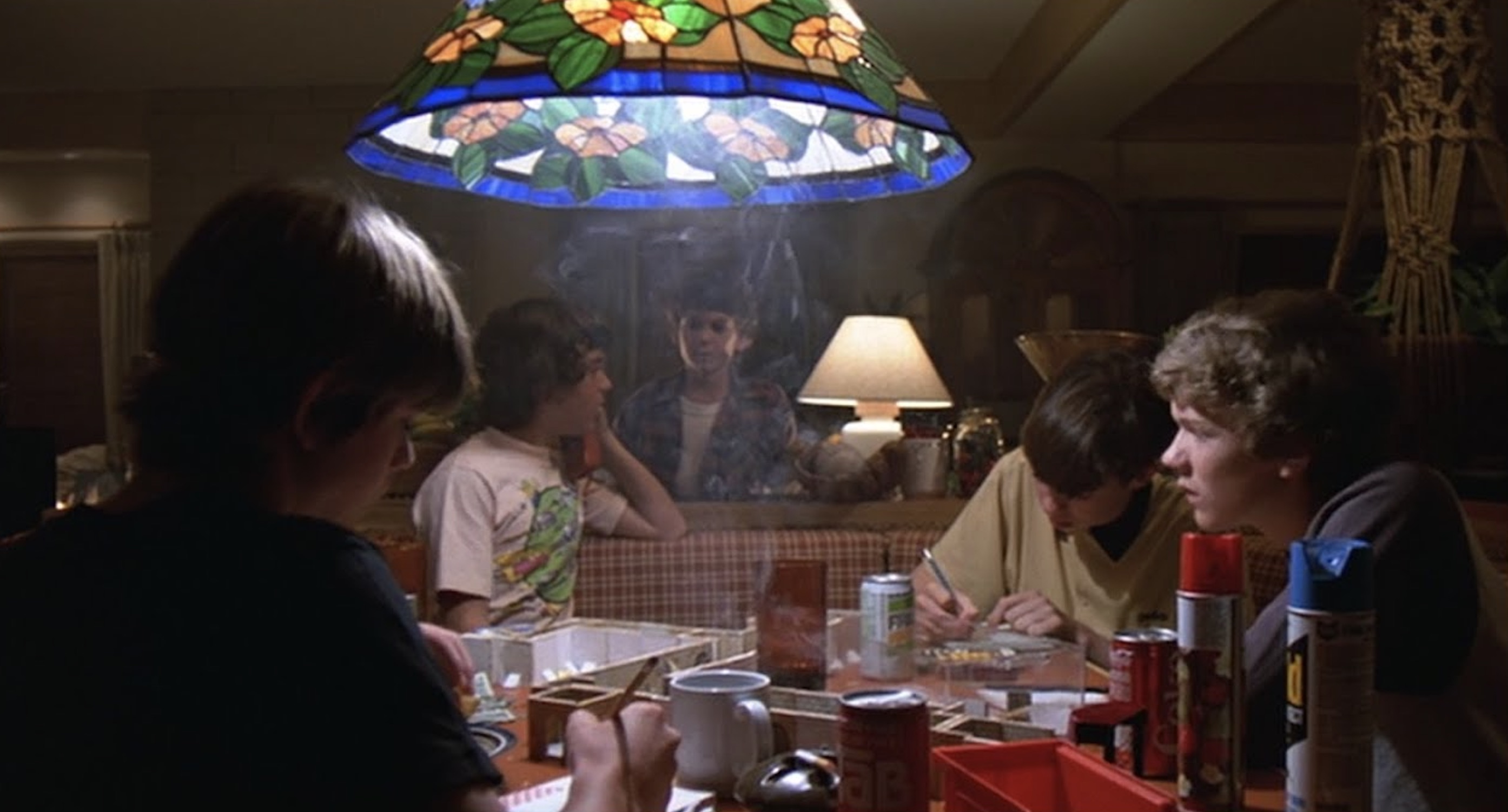 GC: That’s brilliant stuff. I also love the scene when Peter Coyote’s Keys tells Elliott, “I’ve been wishing for this since I was 10 years old.” The dialogue just humanizes this otherwise intimidating, ominous character.

MF: 100 percent. After the movie ended, I hoped that Keys and Elliott’s mom would get married. I thought about that for days. Such powerful storytelling for me to imagine that was an option for them!

GC: Did you ever collect movies?

MF: I did not collect as a kid. We were not a well-to-do family, and being able to buy movies would have been a luxury. But my grandfather and I always rented movies together at the local video store. We would get hoagies and two movies; one that he got to choose and one that I got to choose. Then we would go home and watch the tapes back-to-back.

GC: What were some of your double-features?

MF: He was really into themes. He might say, “We’re going to pick musicals today,” or “We’re going to find movies from the 1950s today,” and that was so fun. One time, he picked The Searchers and I chose Young Guns. One of my favorite movie memories with my grandfather was going to see Singin’ in the Rain. That experience is the first time I remember seeing a movie in a theater.

GC: Hard to do better than that.

MF: Singin’ in the Rain was my grandfather’s favorite movie, so we ended up watching it together many times. Gene Kelly was my first celebrity crush. 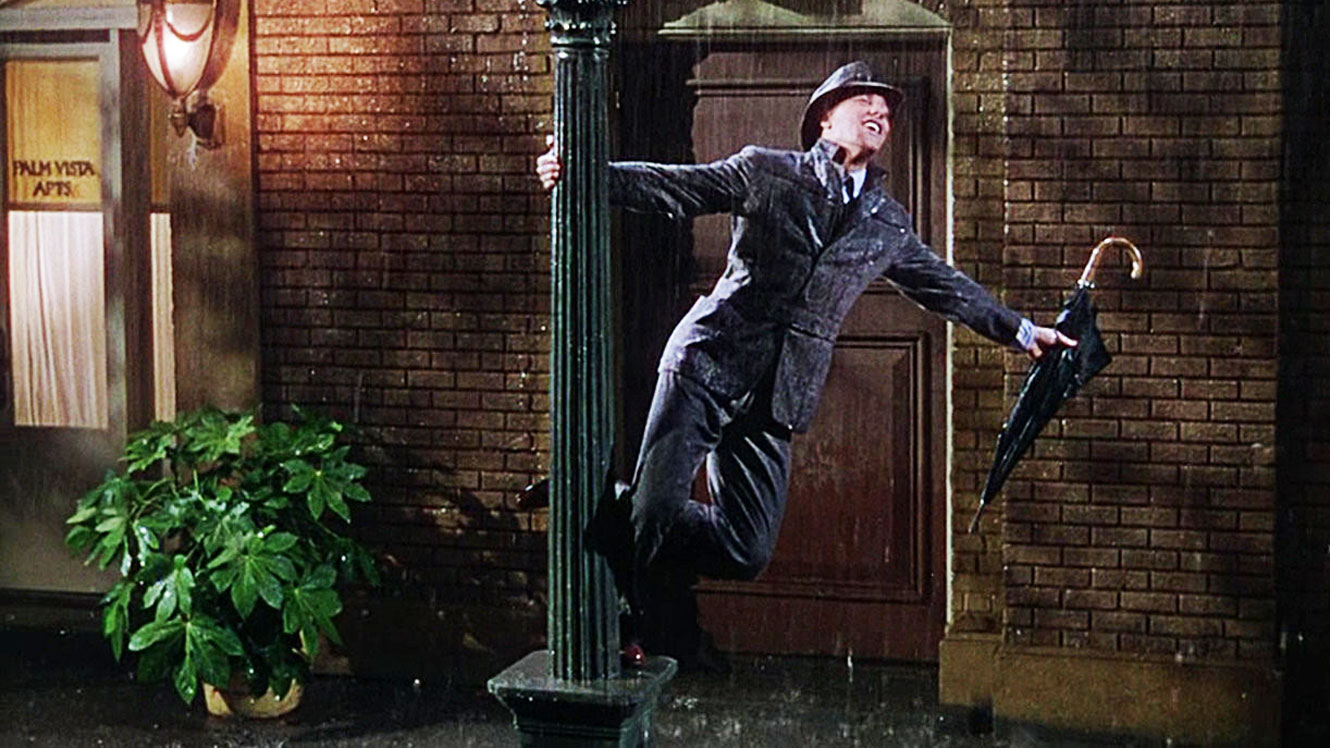 GC: How did you decide to pursue the art life?

MF: Or did the art life pursue me? I got into photography in high school. And I was into skateboarding. And that community was already a kind of DIY, outsider art space. I shot photos of lots of bands and lots of skateboarding.

As a junior in high school, I took a film-as-literature class with an English teacher who encouraged me. He knew I liked literature and he knew I liked movies. I thought that reading a book, then watching the movie version, and then analyzing all of it was the best of all worlds. He said, “I also teach a Super 8 filmmaking class. Would you be interested?”

I told him I didn’t know what Super 8 filmmaking was, but since I liked taking photos, I said yes. At the time, it did not dawn on me that this was something you could do as a job. That teacher, 100 percent, saw the potential in me and saw me as somebody who could do this. He became a guiding mentor to me. He encouraged me to make documentary films. He gave me a Super 8 camera as a graduation gift.

GC: Can we give this amazing person a shout-out?

GC: What were some of the films you looked at when preparing Everything in the End?

MF: Director of photography Todd Hickey and I both have documentary backgrounds. We spent a lot of time talking about the tone and the look. A feeling of intimacy was important to us. I start every project with tone and feeling — emotions driving the film more than plot driving the film.

The movies that I thought about were Kelly Reichardt’s Wendy and Lucy, Wim Wenders’ Paris, Texas, Krzysztof Kieślowski’s Blue and Kogonada’s Columbus. And obviously, E.T.

We would have movie nights and watch these and look at specific scenes and say things like, “There’s not a lot being said but you can read everything in her face.”  We took our lead actor to see Kieślowski’s Three Colors trilogy. We were making a movie about grief so all these movies we were watching resonated in so many ways. Seeing how people process grief in their own ways is so varied and so compelling, whether it is from mistakes they make or experiencing the death of someone they love. Sometimes we don’t get what we need or want in life and carry sadness or pain within us. So all those movies helped and inspired me to find my own words and my own style. 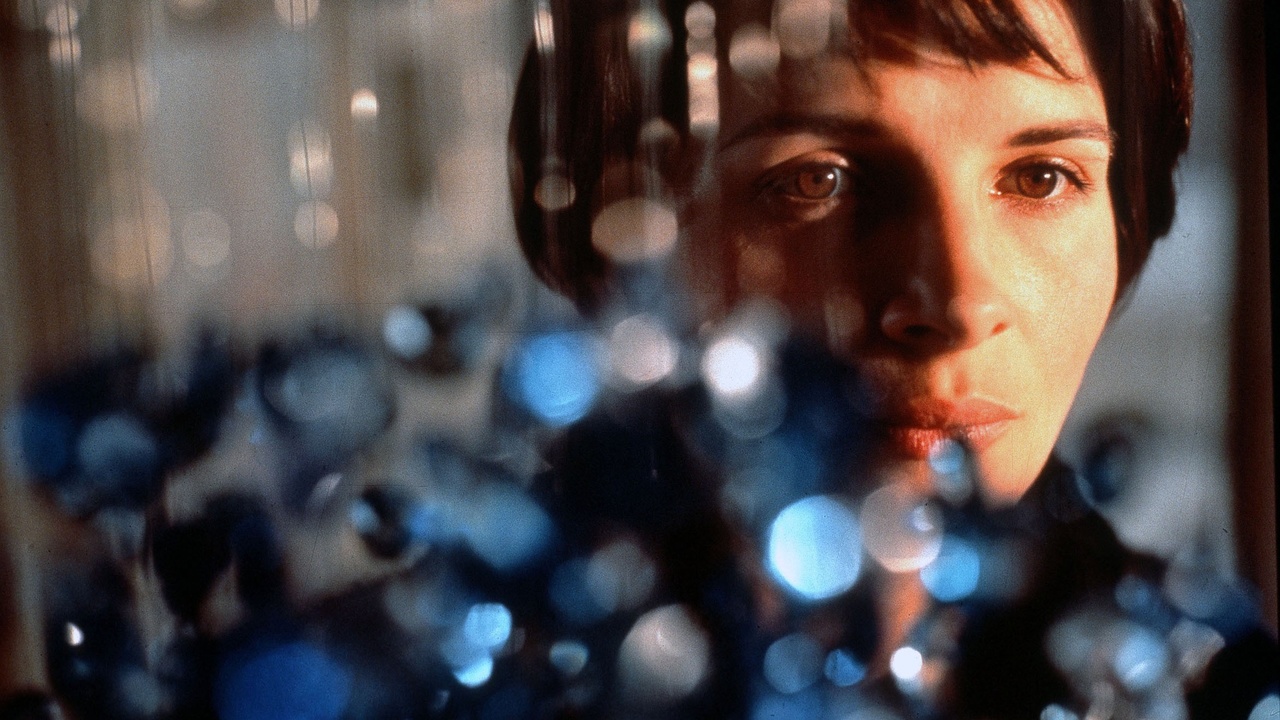 GC: Another thing that is so great about Everything in the End is that it is not as unrelentingly bleak as one might first imagine about an end-of-the-world movie. There is hope in it.

MF: Here’s what I think: I love dystopian movies. But I did not want to do chaos and anger. I wanted to explore the possibility of kindness in people. I made that decision early in the process — that people are kind — and that’s why the film isn’t bleak. There is room for hope.

The pandemic added another level to the movie. We shot it before the pandemic, which hit when we were editing the film. Things were really informed and shaped by the pandemic in the edit, so the movie turned out a little differently from what I had originally imagined.

GC: If it is a secret, don’t tell me, but what is your E.T. homage in Everything in the End?

MF: I am not going to say. You’ll just have to watch it again.

Tagged as: Drama, Everything in the End, Greg Carlson, Mylissa Fitzsimmons