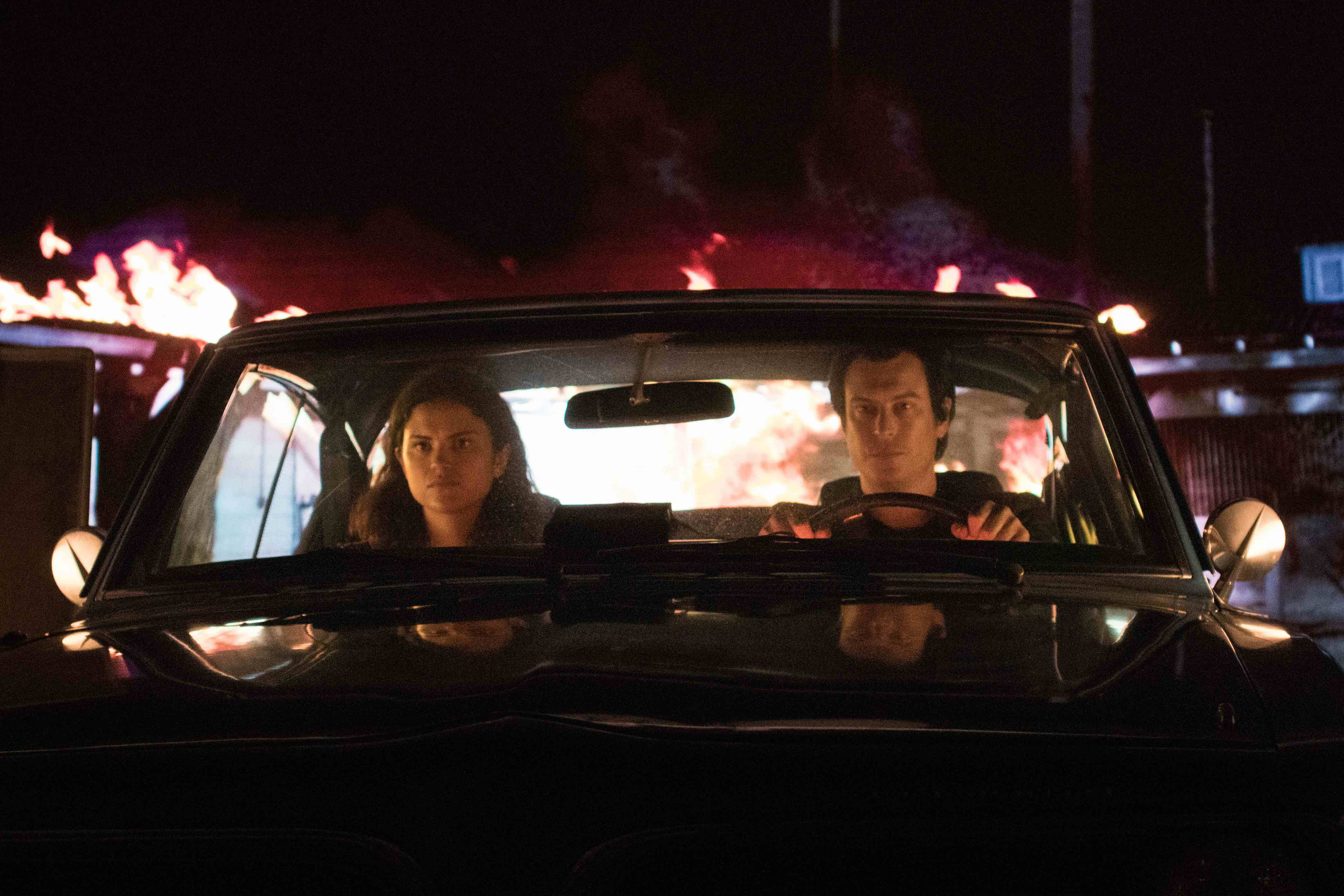 Hot on the heels of last year’s thrilling Jakob’s Wife — Travis Stevens’ low-budget take on the vampire myth starring two icons of the horror genre — comes the equally enthralling Blood Relatives. As the feature directorial debut from beloved character actor Noah Segan (Knives Out), following his delightfully deranged Scare Package segment “M.I.S.T.E.R.,” it’s both a road trip film and father-daughter bonding movie, stuffed with reliably cool vampire lore, and all captured with the gorgeously evocative graininess of something like Near Dark, to which the male lead’s leather jacket notably pays homage.

The action kicks off in Texas, where nothing good ever happens in horror, as Francis (Segan) attempts to be invited into a local auto shop so he can acquire a car part and presumably feast on the owner. Blood Relatives gets a lot of mileage out of this joke, with the male protagonist repeatedly waiting awkwardly on the threshold for unwitting humans to give him access, exemplifying Blood Relatives’ clever straddling of the classic and modern vampire myths. Francis is a prickly customer, with a deeply buried soft center, who bluntly turns away the teenager purporting to be his daughter when she turns up on the doorstep. But, as Francis and Jane (Victoria Moroles) embark on a road trip, it slowly becomes clear why Segan’s character is so closed off. 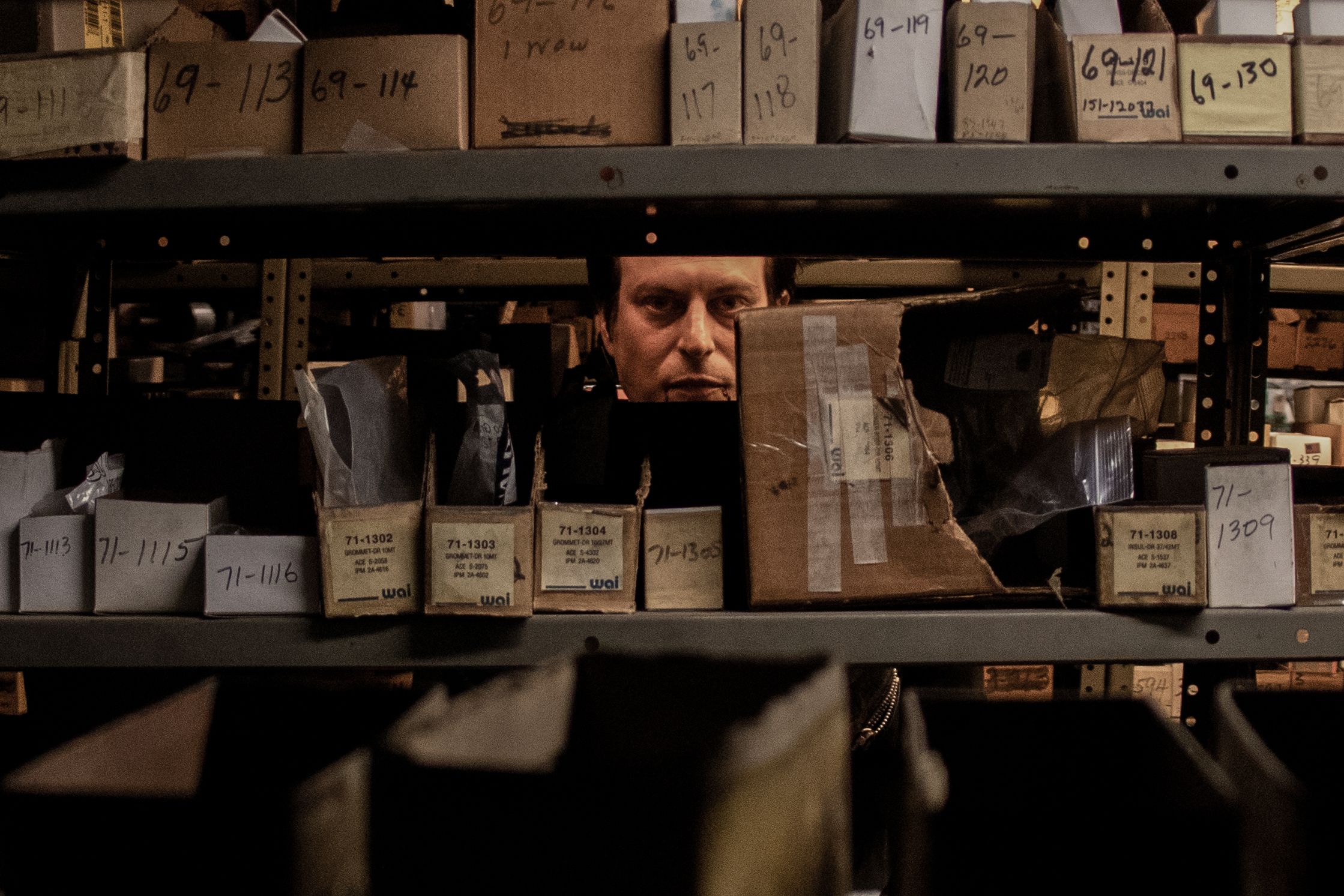 Andrew Scott Baird’s dark, moody cinematography jars pleasingly against Robert Allaire’s lively, light and largely drum-driven score in Blood Relatives. Punk singer Ben Weasel contributes some original music too, which explains why Jane wears a Screeching Weasel T-shirt for most of the first act. Francis is a staunch classical-music-only listener, while Moroles’ character prefers the harder stuff, and gradually their competing tastes blend together as the duo’s similarly dry sense of humor also establishes a foothold. “My phone is dead,” Jane says at one point, to which Francis responds, “So am I.” The leads make for a fine double act, whether bickering, breaking into a mental healthcare facility or figuring out how to create some semblance of a normal life together.

It’s easy to root for Francis and Jane in Blood Relatives despite the insurmountable odds stacked against them. Segan has fun playing with the idea of an outwardly 30-something man and a young teenage girl traveling the country together, with several people mistaking his character for a kidnapper, but he doesn’t force a connection, instead allowing it to develop organically. Blood Relatives, for which Segan also wrote the screenplay, is incredibly witty, and it’s impressive that writer-director doesn’t lean back on being quippy or self-referential. Deadpan lines like “geese are jerks” land harder when it doesn’t seem like the characters are trying to be funny. Likewise, Segan has such a kind face, and his strangled, hoarse vocal intonation is perfectly suited to the character of Francis. 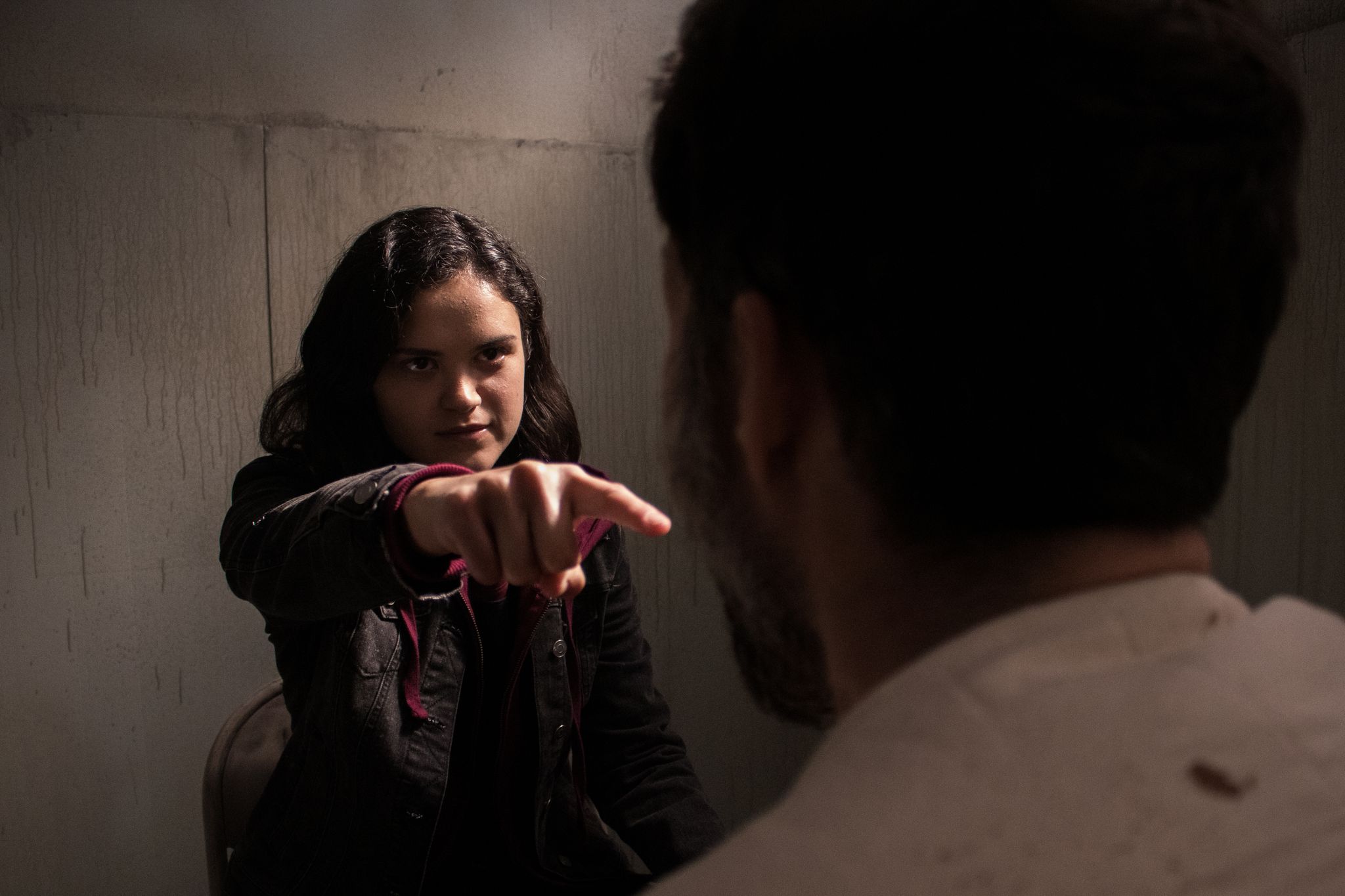 Although Francis’ leather jacket immediately recalls Bill Paxton, Jane’s mop of dark curly hair is reminiscent of Let the Right One In. But Segan’s story is fresh and defiantly modern, right down to his character attending a support group for single parents and Jane making friends with a non-binary kid who, as it’s hinted in a cute little aside, harbors a supernatural secret of their own. Thus, Blood Relatives is constantly in conversation with past vampire works without feeling the need to signpost its references. Segan is confident in the material, both onscreen and off. His movie is pacy and astute, even if Francis himself is taciturn to the extent that he’s happy to essentially leave his progeny on the side of the road. Moroles’ winning performance, which is thankfully without a shred of precocious child actor obnoxiousness, chafes nicely against Segan’s too. Spending time in their company is never a chore.

Given that Blood Relatives is a vampire movie, there are plenty of melodramatic flourishes, from blood red lettering signaling to the way Francis bares his fangs. There’s a great shot of him sleeping under a bed that neatly encapsulates the human side of the story without losing the point. Vampire flicks have truly been done to, well, death, but something like Jakob’s Wife and now Blood Relatives suggest that the best work in this sub-genre is being done on the lower budgeted end of the spectrum. Fans have moved on from the bombast of Dracula 2000 and even Interview with the Vampire, and while Netflix’s Day Shift, also released in 2022, is an intermittently entertaining romp, the scope is still too big. In fact, the most successful vampire product around at the moment is What We Do in the Shadows, the celebrated TV spinoff of Taika Waititi and Jemaine Clement’s cult classic movie of the same name. 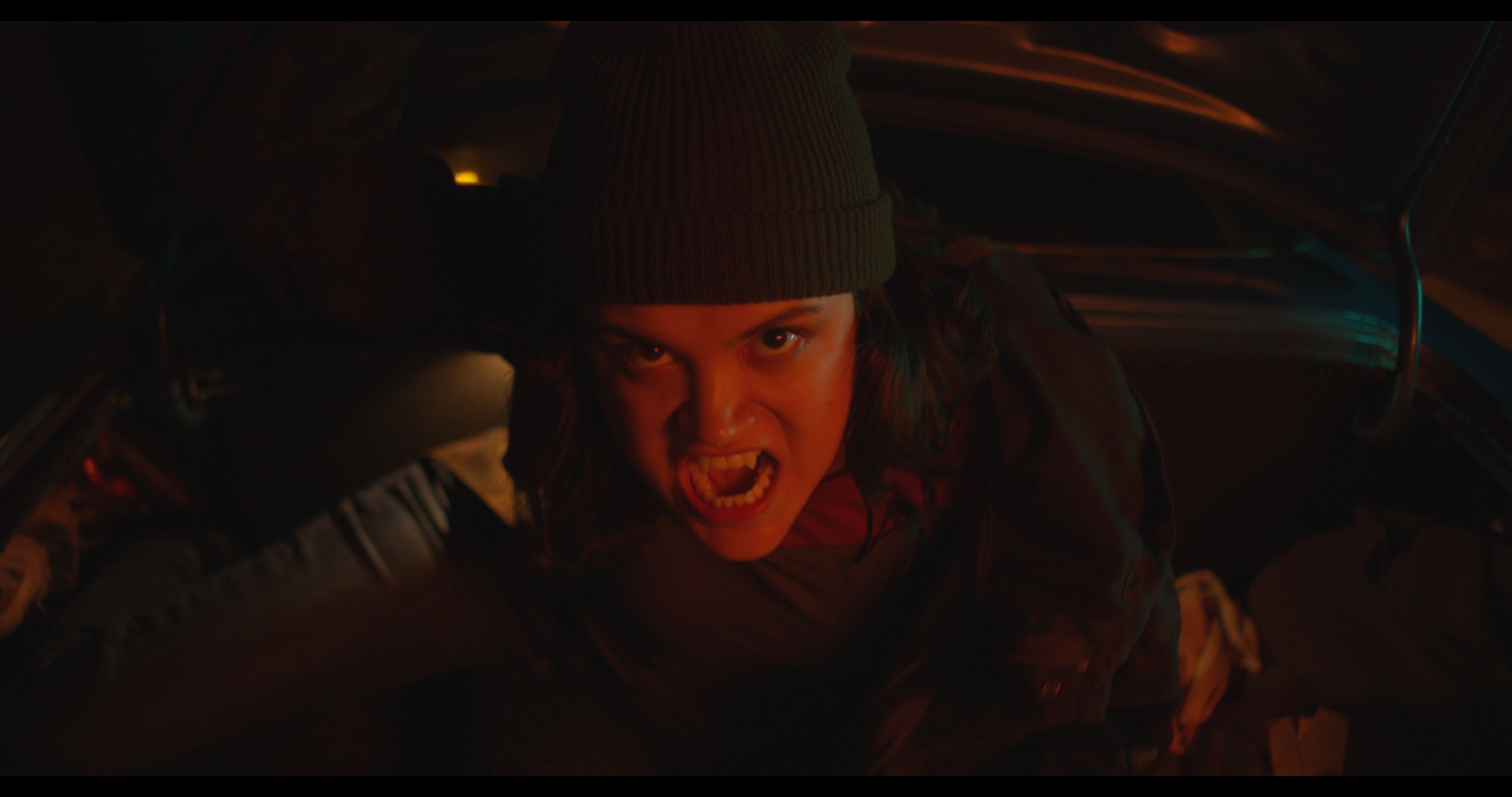 Blood Relatives certainly has more in common with What We Do in the Shadows than something like Day Shift, where the emphasis is on glossy combat rather than establishing any kind of connection to the characters, human or otherwise. Strip away the bloodsucking and Segan’s auspicious debut would be just as enjoyable. But by making a vampire movie, he tapped into something universally human and truly special.