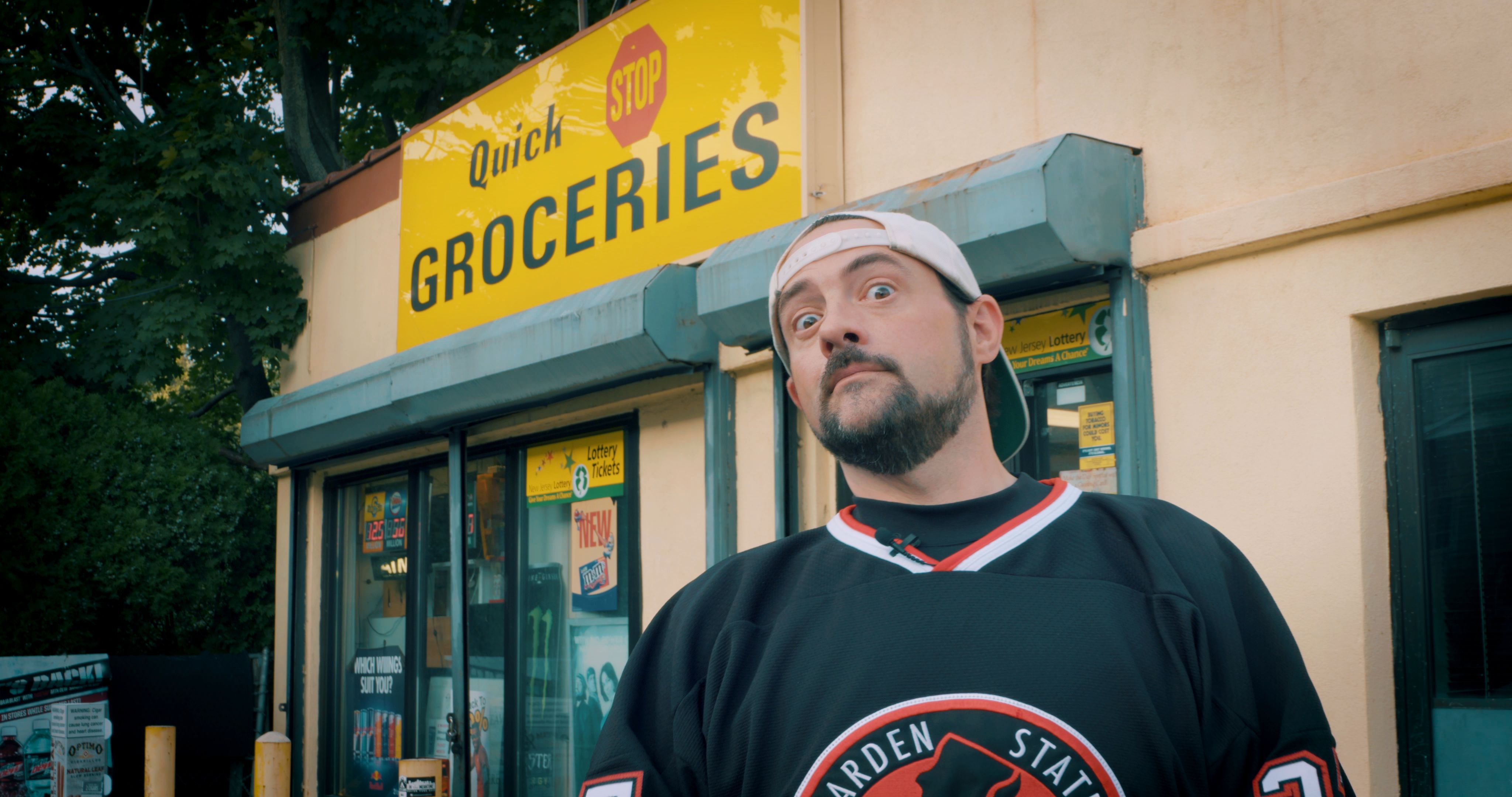 Kevin Smith is one of those rare celebrities who’s revered and reviled in equal measure. The self-deprecating Jersey kid done good is the first to acknowledge how lucky he’s been in Hollywood, having triumphed where thousands who — by Smith’s own estimation, are wildly more talented than he — have failed. Clerk, the documentary about the filmmaker’s fascinating life and career by long-time pal and fellow filmmaker Malcolm Ingram, seeks to condense exactly what makes the subject so special (or, at the very least, what keeps both him and his fans coming back for more). Clerk is unlikely to convince haters to give Smith’s eclectic oeuvre another shot, but it’s goddamn hard to resist.

Opening with grainy home video footage of an impossibly young, mullet-sporting Smith as he delivers a message to his parents before heading off to film school in Vancouver, Clerk instantly feels warm and close to the bone. Ingram has been given unprecedented access to Smith’s archives; he also accompanies his friend as he makes movies and podcasts, smokes weed in his office and experiences the heart attack that would rock his world. Right before leaving for Canada, Smith expressed concern that everything was about to change, and although he didn’t last long up there, it’s spooky just how right he was. 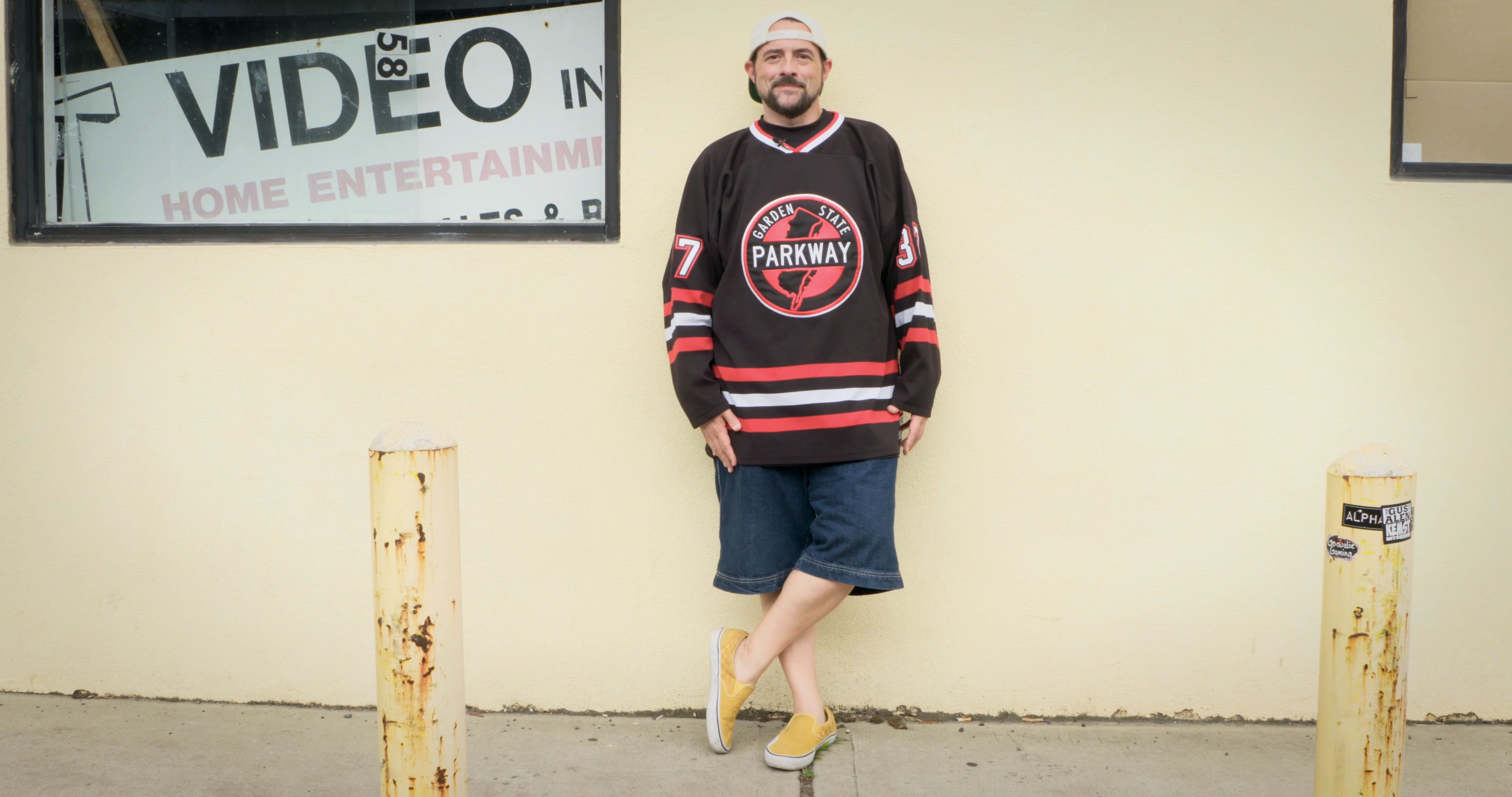 Smith, a prolific filmmaker, has been a talking head many times over, popping up in everything from Skin: A History of Nudity in the Movies to Who Are You, Charlie Brown? He’s such a great talker, comfortable both onstage and in front of the camera, but it’s worth noting that despite doing plenty of acting during his schooldays, when it came time to cast himself in his own movies, Smith opted for the mute Silent Bob character. Clerk’s subject might love the sound of his own voice, but he demonstrates more self-control than many of his contemporaries, including Jason Reitman, whose multiple appearances in Clerk are a glaring misstep, considering how he inarguably benefited from nepotism (in stark contrast to Smith). On the other hand, Marc Bernardin, the journalist and co-host of Fatman Beyond, provides a fascinating insight into Smith’s predominantly white, male fanbase.

Smith cedes the limelight to a whole plethora of friends and family in Clerk — some famous, others not — all of whom are shot in their own natural habitats. Donald Smith, the subject’s brother, sits in a giant Mickey Mouse chair (Kevin takes its smaller twin next to him at one stage); his mother is filmed in her own home while wearing matching Silent Bob shirts alongside her son; Walt Flanagan chills out in the comic store Smith bought for him to run; Jason Mewes sits in his gaming chair next to his beloved toy collection. Smith himself, meanwhile, is interviewed at home in his office/podcast studio, as well as in various spots throughout New Jersey, including in front of the infamous Quick Stop store that changed his life forever (he also owns it now). These sequences provide a colorful commentary during the subject’s journey from movie-obsessed kid to Sundance darling, from Hollywood’s public enemy #1 to the Smith we know today, who’s more comfortable with his identity than ever before. 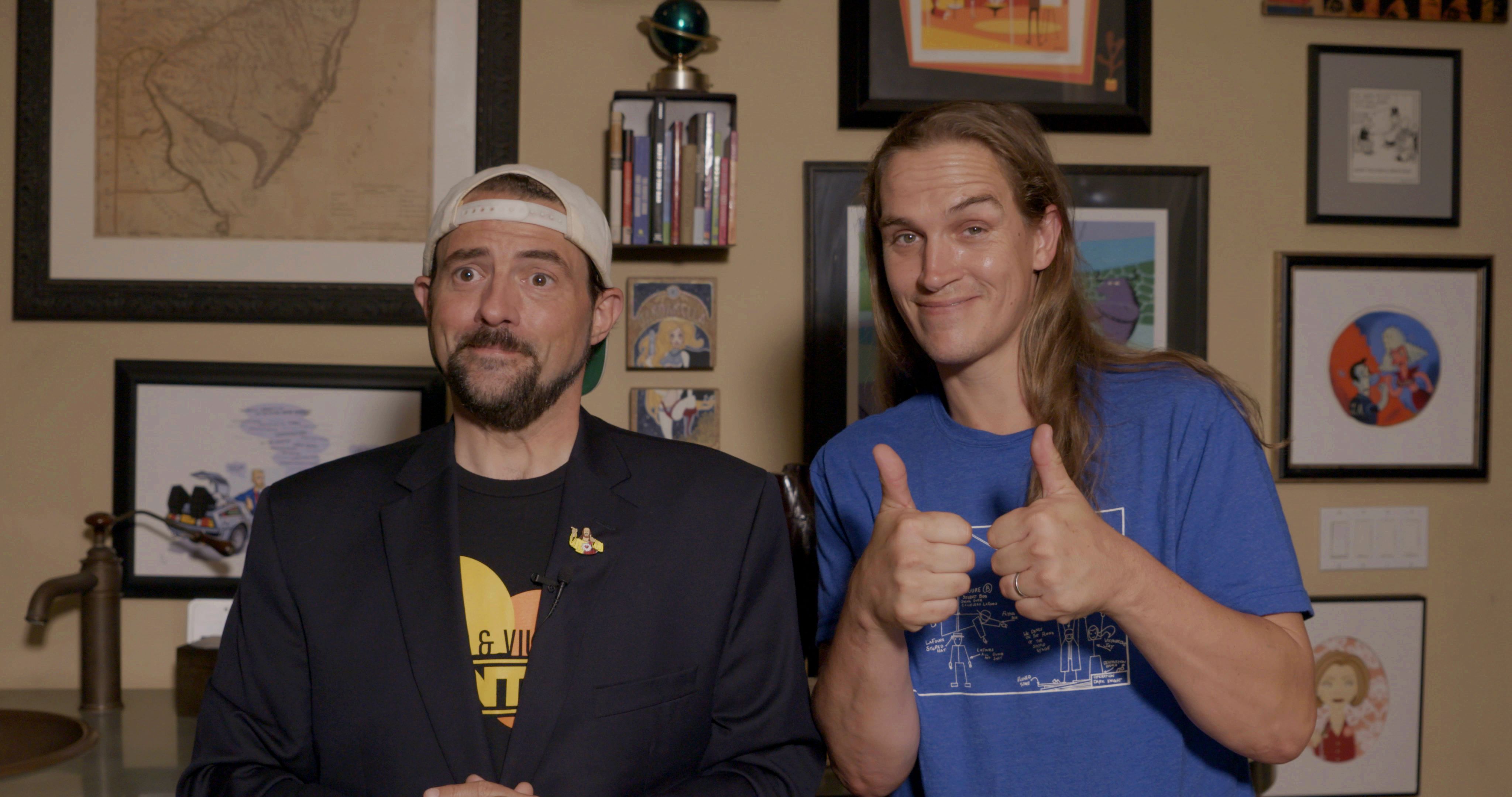 Early on, Smith admits that he got into movies after realizing that he didn’t want to get a job. His passion for cinema is undeniable, and by taking a moment to discuss each movie he’s made, special attention is paid to certain films, such as Clerks, of course, while others, like the risible Cop Out, are only given a passing glance. Ingram highlights the subject’s talent and how many risks he has taken throughout his career. Some paid off more than others, and although a sequence about Mallrats becoming a fan favorite won’t be anything new to Smith aficionados, those less familiar with his work will be shocked to learn how quickly the director was flung from the A-list. Thankfully, the longer the Jersey native stuck around, the more comfortable Smith became with being himself for a living.

Smith is a truly unique Hollywood success story, and it’s worth noting he was at the forefront of certain major industry developments. Mallrats started the Stan Lee cameo trend that later became commonplace with Marvel, while Smith also engaged with fans on online forums in a similar manner to how celebrities now engage on social media. He also began selling nerd-centric merchandise while Comic-Con was still just a funny books convention for diehards. Smith was at the forefront, but he rarely gets the credit due to just being grateful to be a part of it. As long-time collaborator Brian O’Halloran points out, Smith’s films are equally “witty and poignant,” but most people forget the poignant part. There’s even an argument to be made that every single Kevin Smith film is a love story. 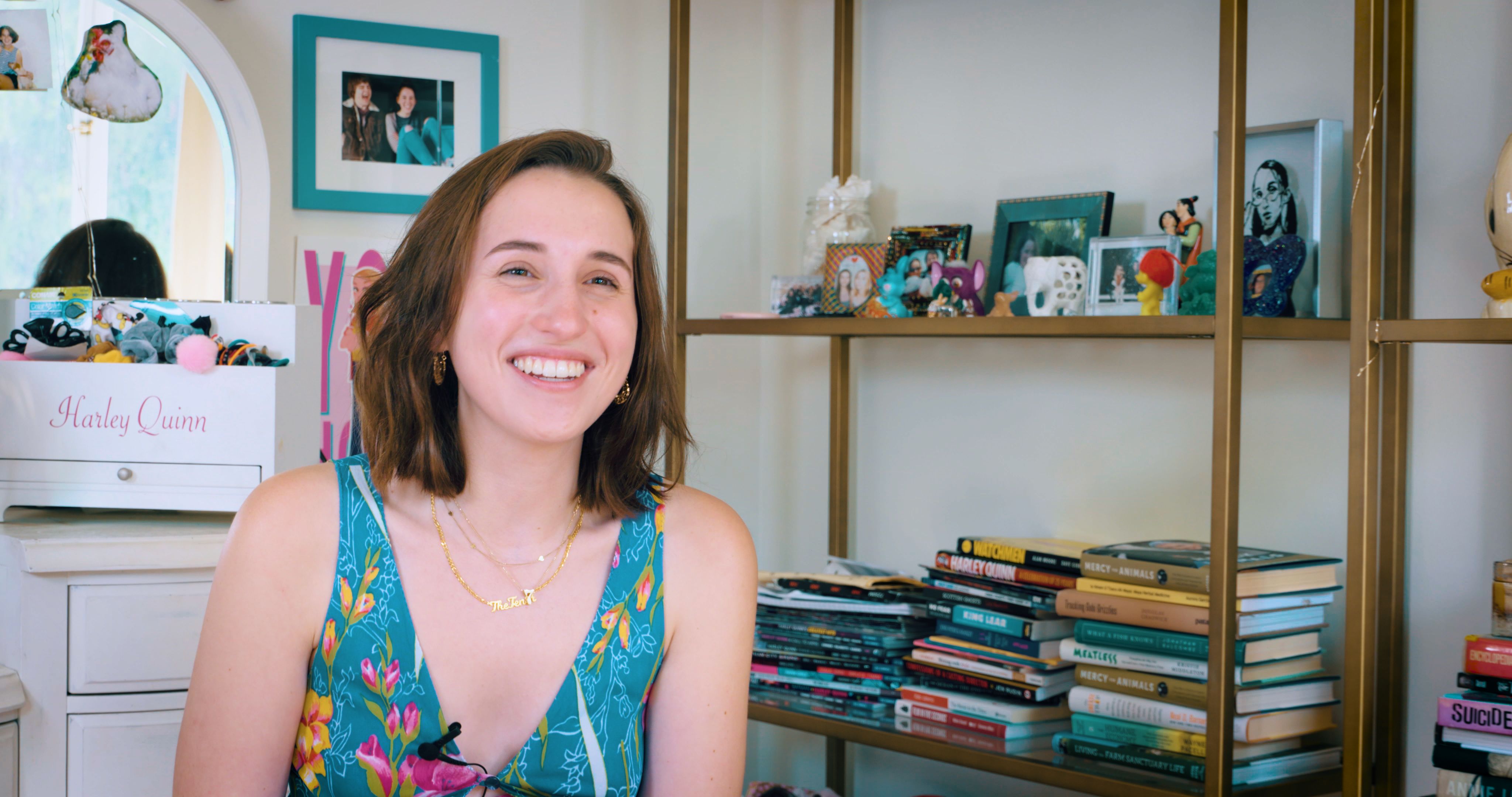 Aside from running through the greatest hits in Clerk, Ingram also gives Smith the opportunity to discuss his heart attack and subsequent journey to a healthier life, and to tackle his deep-seated connection to disgraced movie producer Harvey Weinstein head on. The filmmaker is frank about how learning the truth impacted the way he looked back on his entire career, and, crucially, he admits that he would trade his success for the victims’ safety in a heartbeat. Obviously, since the film is called Clerk and was made by one of the subject’s closest friends — whose offscreen exclamations are delightful but never disruptive — one can expect a certain degree of exaltation, but by giving Ingram access to every corner of his life, Smith also leaves himself open to further criticism. Thankfully, since he’s spent decades learning how to be happy and more comfortable in his skin, it’s unlikely the Clerk director is going to sweat (more) bad reviews.

The biggest takeaway from Clerk, aside from the fact that the terrific Joey Lauren Adams should’ve had a bigger career, is that nobody is more surprised by Smith’s success than the man himself. He’s so incredibly grateful for everything that’s happened, good and bad, which is evident in how the subject interacts with fans out in the world, and by how his nearest and dearest relate to him in the documentary. Clerk’s two hours fly by, with Bruce Lee Roberts III’s warm cinematography making the whole thing feel like a catchup with old friends rather than the deification of an unfairly maligned filmmaker. Even diehards will learn something new from this expansive, informative and always entertaining documentary. Much like Smith himself, Clerk is sure to elicit some tears by the end too.