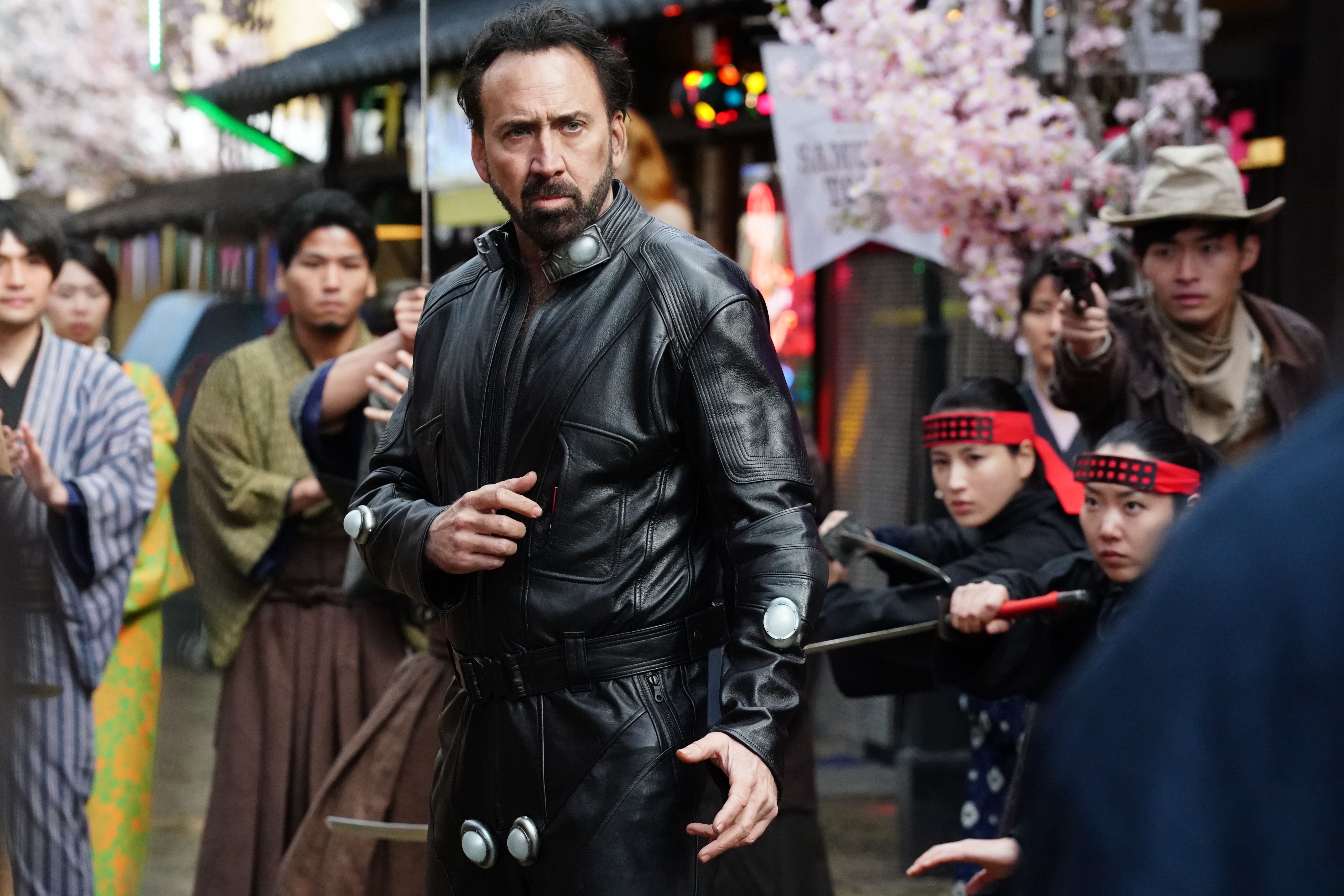 I lost my Sion Sono virginity only days ago but had previously read numerous articles about what to expect. In 2016, Justine Peres Smith covered the Japanese multihyphenate for her “Of Love and Other Demons” series at Vague Visages, which includes essays on provocative titles such as Why Don’t You Play in Hell? and Suicide Club. Last August, Julia Rhodes grappled with Sono’s edgy work in the essay “‘Tokyo Vampire Hotel’ Is Trauma Porn, and Maybe That’s OK.” A select group of themes pop in these readings: danger, sex, provocation. So, while entering the cinematic circus that is Prisoners of the Ghostland, I expected to be poked and prodded with edgy filmmaking. Unfortunately, the ringmaster merely teases with played-out tricks rather than entertaining with a fully-realized production.

Prisoners of the Ghostland stars Nicolas Cage as Hero, a cinematic relative of John David Washington’s Protagonist in Tenet, probably. In post-apocalyptic Japan, Hero gets jailed in a Western-style community after a failed robbery. A local man known as The Governor (Bill Moseley) rules with absolute power and controls a group of female sex slaves. When a woman named Bernice (Sofia Boutella) escapes, Hero receives a chance to earn his freedom by locating the “granddaughter” and returning her to Samurai Town. But there’s a catch. The prisoner must wear a customized suit that’s equipped with explosives, most notably in the testicle region. Hero ventures off into the ghostland and receives a cultural education while confronting the past. 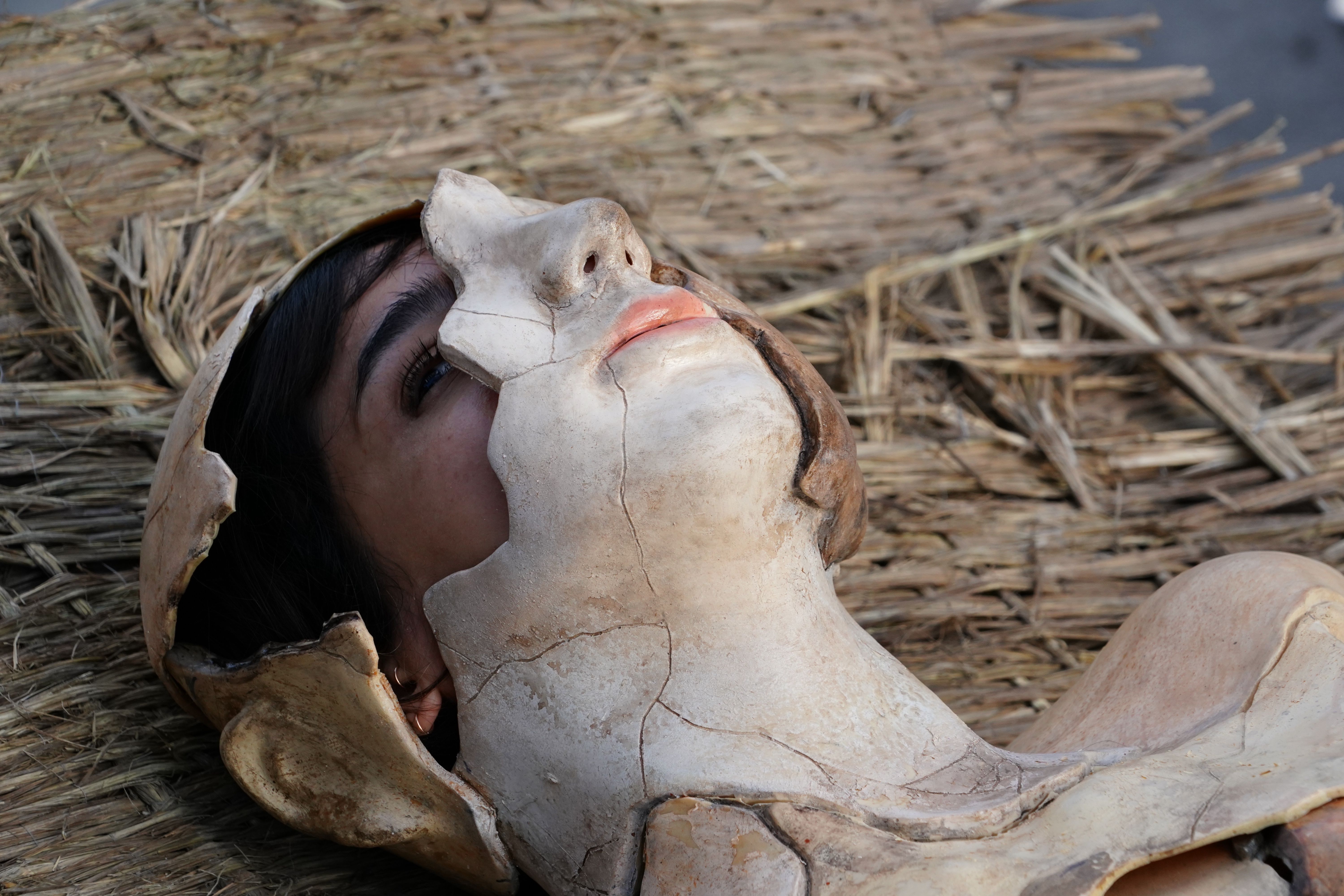 The spectacle alone in Prisoners of the Ghostland makes it worth a watch. Sono clearly explains the rules of this particular world early on and keeps things simple with archetypal characters such as Hero, Governor and Psycho (Nick Cassavetes). Western tropes mash up with Samurai themes; a subtextual commentary about moral toxicity anchors the storyline. All of that is clever and entertaining; however, there’s a startling lack of character nuance. Cage snarls away and capitalizes upon his industry persona, evidenced primarily by an exaggerated line reading about a blown-up testicle. It’s a movie moment, yes, but one that’s entirely predictable. And when Beatrice appears wearing a broken mask, one may groan as a ghostland figure named Enoch (Charles Glover) mournfully says, “This prison has taken something from us all” — an on-the-nose line that oddly feels too genuine when it should seemingly complement the gimmicky nature of the film. Prisoners of the Ghostland functions most efficiently during the sword-fighting sequences, thanks to the exceptional choreography and camerawork by cinematographer Sôhei Tanikawa. 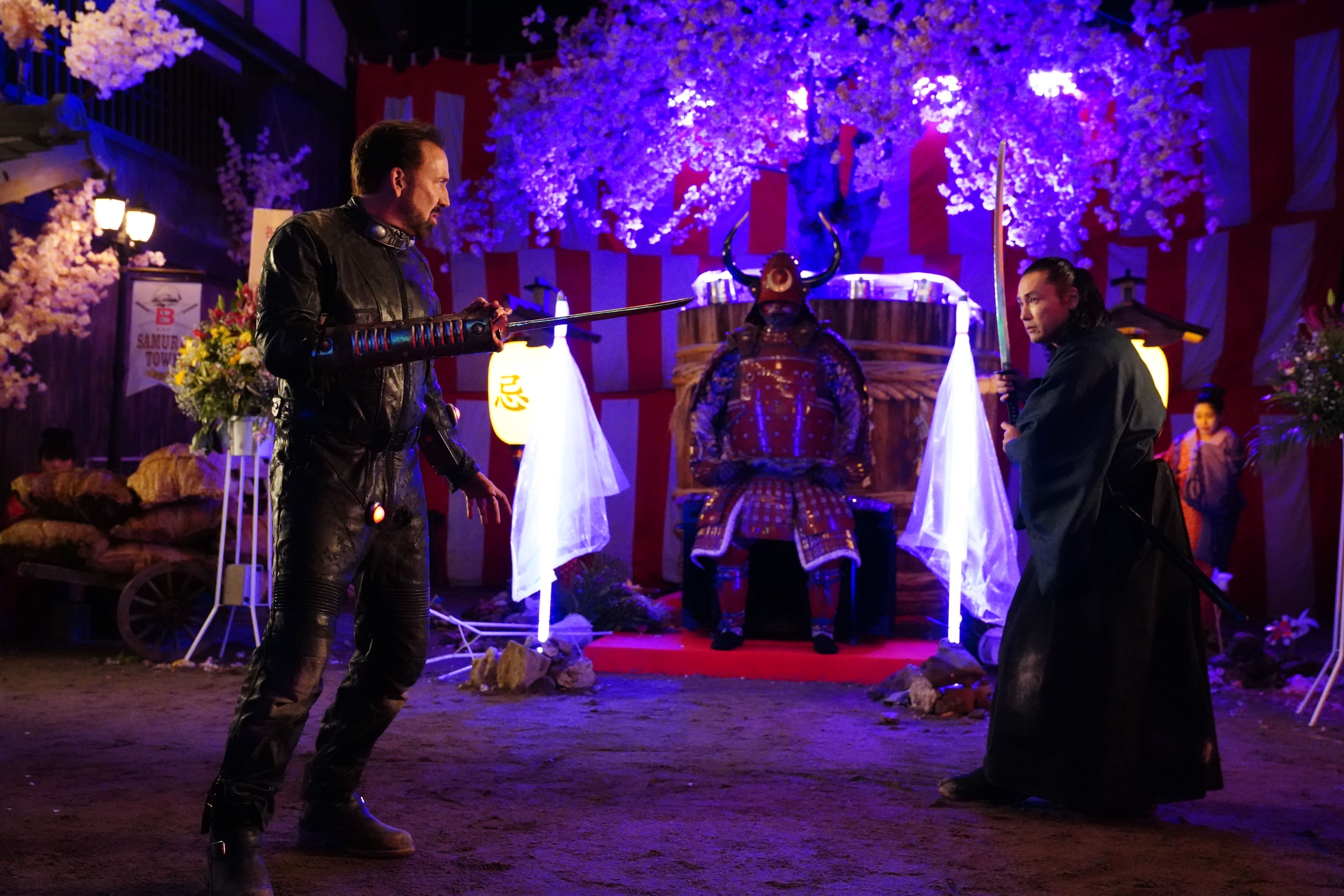 Prisoners of the Ghostland is like a failed yet well-made pilot episode, one that teases high drama but doesn’t have anything interesting to say about the characters. It’s fun when Nic Cage loses a testicle and freaks out; it’s entertaining when horror icon Bill Moseley wears a cowboy hat and acts like a 50s-era Western asshole; it’s so ironic when The Notebook filmmaker Nick Cassavetes (the son of the legendary indie icon John Cassavetes) shows up as a mutant killer — but the screenplay needs more than just a series of WTF outline ideas that cater to the “ain’t it cool” crowd; it needs moments that reinforce the consequences, specifically in terms of how Hero engages with Psycho after a disturbing killing spree and life-changing disaster.

What’s next for Sono beyond Prisoners of the Ghostland? What are the must-see films of his oeuvre? I don’t know. But Sono does have my attention now.