Reality was essential. For Barbet Schroeder, producer of the anthology film Six in Paris (or, Paris vu par…), the notion began in feature form, but an alternative impetus led to this omnibus title instead, released in 1965. The sextet of shorts, helmed by directors aligned to varying degrees with the French New Wave, focused on the everyday lives of assorted Parisians, in brief vignettes situated in different quarters of the French capital. Schroeder, who had with Éric Rohmer formed the production company Les Films du Losange several years prior, was banking on the innovative potentials of lightweight 16mm cameras, direct sound technology and the freshness of nonprofessional performers. According to the press kit, what emerged in the film, for Schroeder, was something of a cinematic manifesto, “a new aesthetic of realism.” “In all these sketches,” the notice states, “despite the profound originality of each producer/director, there is a common will to represent milieus, social classes, and characters without loading them.” His was an ambitious aim, surely, and in many ways the intended representation was successful. However, as Rohmer biographers Antoine de Baecque and Noël Herpe remark, while Schroeder “succeeded in transforming this project into an armed wing of the late New Wave,” it was also the movement’s “swan song.”

Following a wide, overhead cityscape, the backdrop for its opening credits, Six in Paris descends to the street-level vantage that influences its duration, beginning with Jean Douchet’s Saint-Germain-des-Prés, an adequate snapshot of the era’s burgeoning sexual liberty. After introductory narration locates the drama and notes the “intellectual climate” of the area—combining the “ancient” with the “provincial” and forming an “old Europe charm” — the recounted chronicle centers on an American student played by Barbara Wilkin. “Desire overcomes reason,” the narrator comments in a familiar New Wave refrain, and the young woman commences a romantic rendezvous with a man who assumes the narration and soon debates how to free himself of the amorous assignment. What occurs the morning after, which is far less glamourous than she imagined, appears to be part of a common scheme amongst the region’s male lotharios keen on bedding and forgetting their female marks. 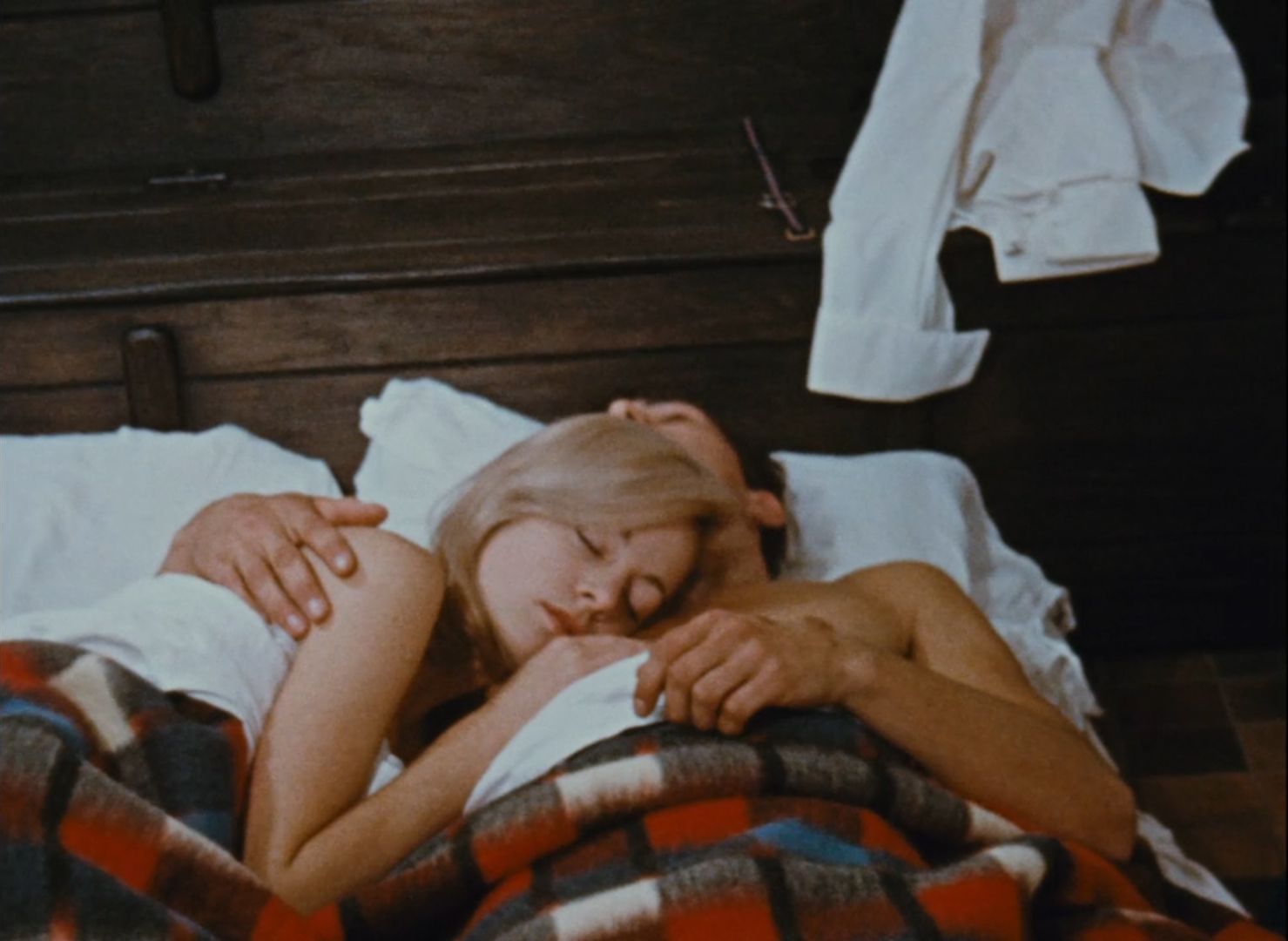 Ethnographic filmmaker Jean Rouch may be the most appropriate director to utilize the documentary techniques on display in Six in Paris, and with Gare du Nord he proves to be, perhaps unlikely so, the most experimental. His segment concentrates on a quarrelsome couple played by Nadine Ballot and Schroeder himself. It begins during a breakfast tainted by antagonistic barbs and the wife’s voluble dissatisfaction concerning the ongoing construction taking place outside their apartment. From there, Rouch’s unsteady, prying camera follows the wrangling in an uninterrupted single take, as their marital routine becomes the catalyst for a desire to break free from the intimacy that breeds familiarity and friction (“Love dies from the lack of mystery” is the short’s emblematic line). Eventually, after the wife is outside, she is nearly run over by a passing vehicle, the driver of which (Gilles Quéant) offers her the chance to fully and drastically abscond from her humdrum world. She passes on the opportunity, and Rouch’s film ends in shocking fashion, audaciously stressing Gare du Nord’s theme of voiced versus enacted impulse.

Far lighter is Jean-Daniel Pollet’s Rue Saint-Denis, which launches from one of Paris’s more unsavory streets and follows a reserved dishwasher’s (Claude Melki) employment of a seasoned prostitute (Micheline Dax). Although most of the performers in Six in Paris were amateurs when it came to the cinema, Dax, a stage actress, strikes a delightful balance with Melki, contrasting her initial abrasiveness (it’s all in a night’s work) with his deadpan timidity. Before getting to the business at hand, the two have a casual dinner and, in a comedy of manners, engage in idle chit chat, prolonging the buildup to the purpose of their appointment. Their indolent socializing finally finds the two in bed, but she’s reading the newspaper as he rests listlessly and anxiously. Rue Saint-Denis thus presents an amusing scenario where a sexual tryst develops into a scene of domestic banality, in many ways mirroring Rouch preceding episode. 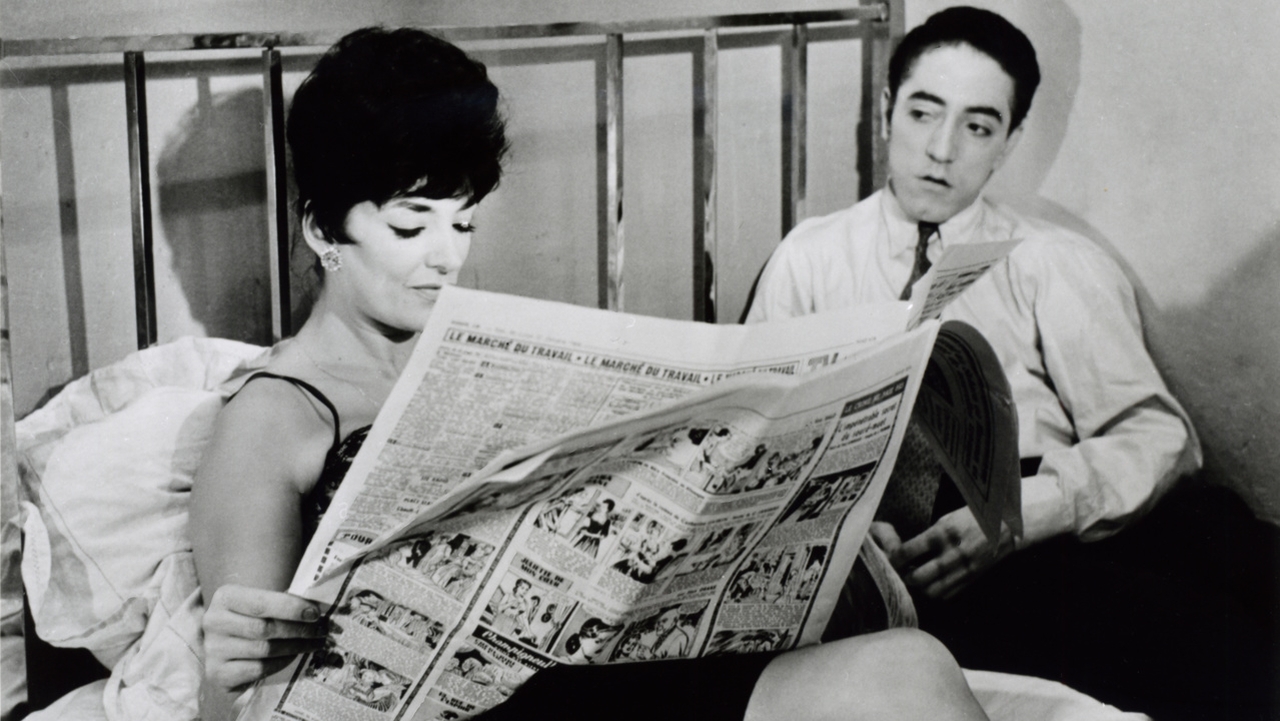 Still humorous, in a wry, morbid sort of way, Rohmer’s Place de l’Etoile is about Jean-Marc (Jean-Michel Rouzière), one of the many average folks making their way along the Parisian byways of traffic and pedestrians. It’s an ordinary morning around the Arc de Triomphe, but when Jean-Marc gets in an innocuous scrap with a stranger and fears he may have killed the man in the process, his life is consumed by paranoia. Place de l’Etoile, the only Six in Paris inclusion to highlight a single protagonist but leave out any sort of relationship, respects the customary Rohmer pattern of applying scenic significance to the narrative at hand, as the public comingling seen in the short’s opening passages is what encourage the randomness of potential drama on any given day.

Enlisting as his cinematographer American documentarian Albert Maysles, who like Rouch was well-suited to the technological freedom exhibited in Six in Paris, Jean-Luc Godard’s Montparnasse-Levallois realizes an anecdote referenced in his 1961 feature, A Woman Is a Woman. Here, in the only Six in Paris episode set in two neighborhoods, a young woman (Joanna Shimkus) sends off two telegrams, one to each of her lovers, and panics after she believes she sent the wrong one to the wrong man. She makes vain attempts to excuse the error and amend the situation but her carelessness catches up with her and the pleas fall on deaf ears. One expects more from Godard than what this simplistic sketch shows, especially given his recent work, like A Woman Is a Woman and 1962’s Vivre Sa Vie, but conceivably owing to the autonomy he afforded Maysles (they share the director credit), there is little to distinguish Montparnasse-Levallois as a classically early-60s Godardian illustration. 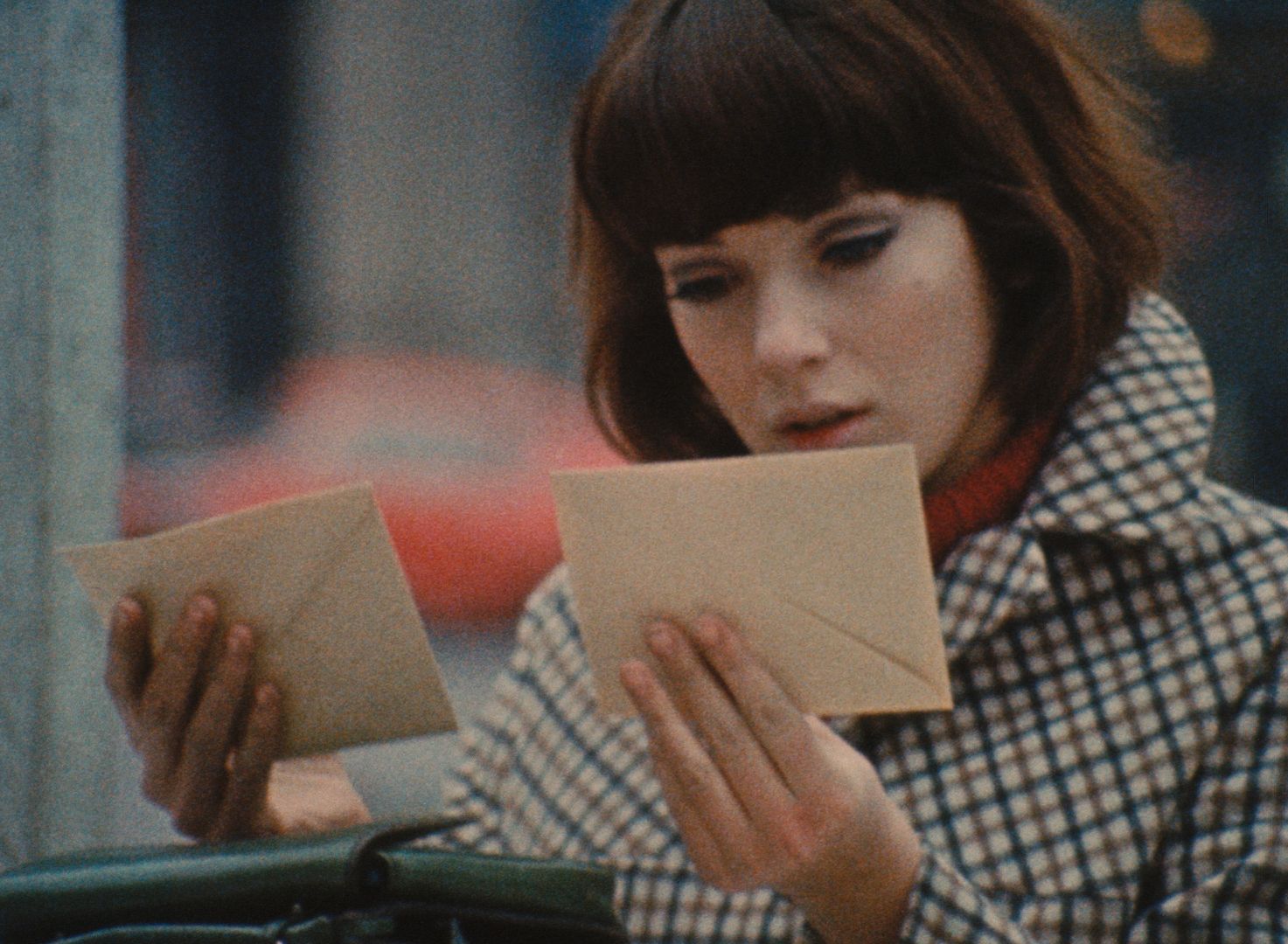 Finally, there is Claude Chabrol’s La Muette, in which a boy played by Gilles Chusseau attempts to bypass the raucous strains of his bickering parents (Stéphane Audran and Chabrol) by arriving at the comic solution of installing ear plugs to tune out their arguments. But, in so doing, he also fails to hear a tragic accident taking place in the home. Chabrol’s submission has a notably acerbic tone, where the bourgeois coldness produces an uneasy tension only occasionally offset by the rebellious youth. If not wholly satisfying in its own right, La Muette does at least add a biting, even macabre juxtaposition of qualities to the otherwise blithe Six in Paris.

By the time Six in Paris hit theaters, the French New Wave had started to lose its luster. Box office returns diminished and many critics dismissed the associated films for their want of social or political commentary. Aside from hitting on rather clichéd themes of sexual liberation, and perhaps the construction evinced in Place de l’Etoile and Gare du Nord, testifying to Paris’s urban evolution and development, there is little here to appease these culturally conscious detractors. It can’t be said, then, that Schroeder’s Six in Paris project was a thoroughly effective shot in the arm for the New Wave or its allied artists. Still, despite being an uneven grouping hardly representative of the best these filmmakers had to offer, the resulting compilation is an interesting capsule of moments in time and space. Highlighting the City of Light and its diverse denizens, these vignettes and the depicted tragedies, frivolities and ironic twists do productively render the reality, both cinematic and regional, that was so crucial for Schroeder in the first place.