The title VFW (an acronym for Veterans of Foreign Wars, FYI) refers to the ramshackle location (a dive bar) in which most of Joe Begos’ latest movie takes place. Besieged by ravenous junkies, a group of grizzled war vets, led by Don’t Breathe star Stephen Lang, batten down the hatches and prepare to do battle for (hopefully) the final time. That’s it; that’s all the setup viewers get.

Talented indie up-and-comer Begos (Almost Human, The Mind’s Eye) is releasing VFW in alarmingly quick succession to his previous offering, the masterful Bliss, which coincidentally has a drug spin, too. Although VFW is a grungier, messier and narratively simpler affair, there’s plenty to enjoy, from the well-worn performances from Lang and gang to the disgustingly brilliant practical gore FX (courtesy of Josh and Sierra Russell, fast becoming the go-to duo for smart genre filmmakers). 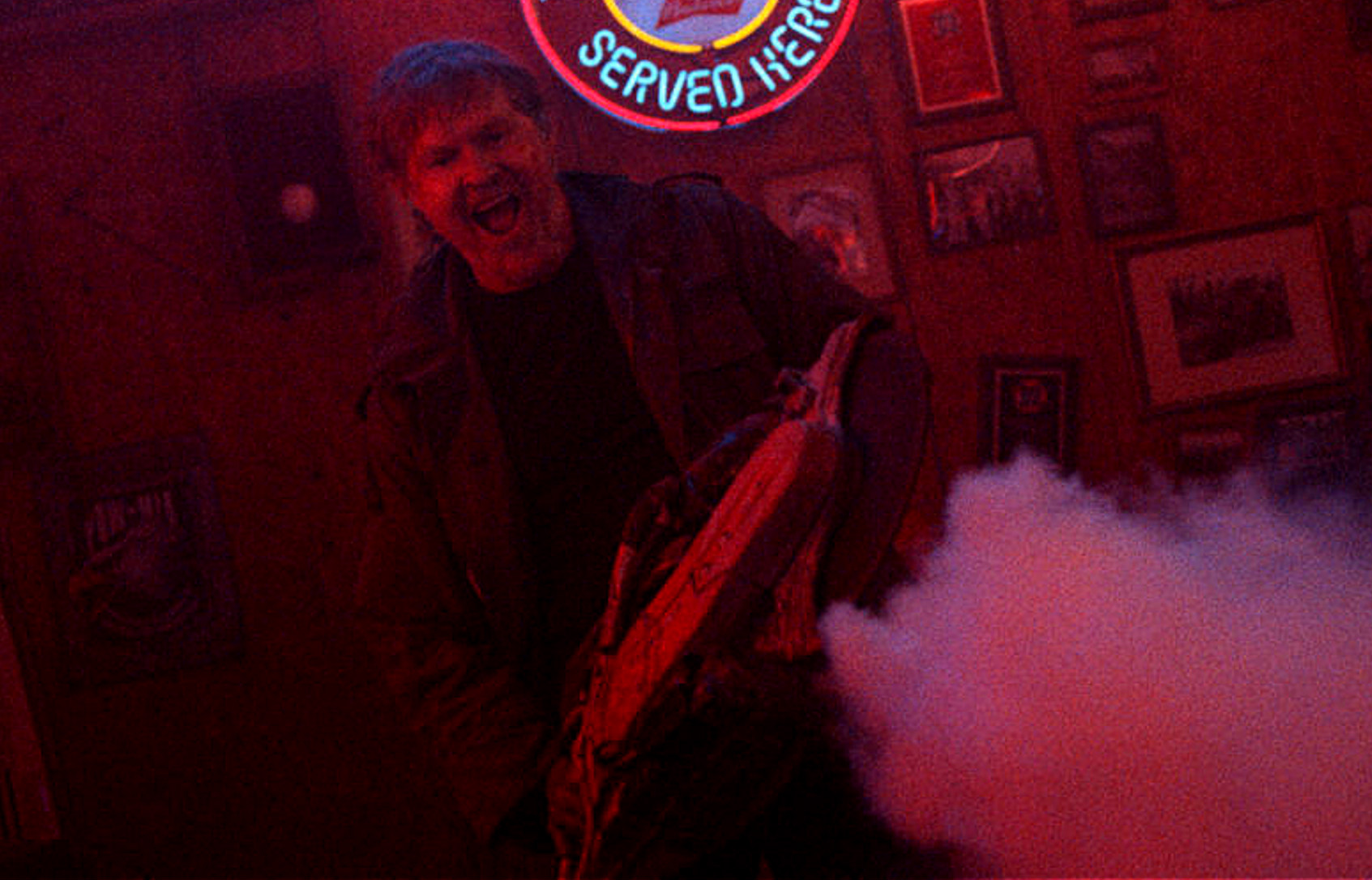 The setting is Los Angeles, either in the near future or present day (it’s hard to tell because L.A. has a post-apocalyptic sheen at the best of times), and a new drug called hype is sweeping the nation. Its users are called “hypers.” And, in keeping with that rave-lite designation, they all look like punk extras from Return of the Living Dead, with leather jackets, studs and smudged eyeliner aplenty.

They’re controlled, via their dwindling supply, by the sinister Boz (Travis Hammer, who foregoes a shirt underneath his leather jacket to show that he’s a baddie), Roadie (regular Begos collaborator Graham Skipper, sporting an impressive beard rather than mutton chops this time around) and Gutter (Bliss breakout Dora Madison, having a blast, giving it full Beyond Thunderdome).

Read More at VV — Review: Charlotte Colbert’s ‘She Will’

As VFW begins, the all-important stash of drugs is stolen by a teenage girl with a grudge against Boz. After fleeing his clutches, she finds herself stranded in the VFW, where Lang and his buddies are reminiscing about the old times over a late drink. Although they’re understandably worried about incurring the wrath of hordes of cyber-goth tweakers desperate for a fix, the group’s strict moral code prevents them from tossing the youngster out on her ass. So, they choose to fight.

VFW is an intriguing mish-mash of genres. Neither a drugs, zombie or siege movie but rather a combination of all three, it’s shot through with plenty of blood-reds and deep purples, as though these characters are living in a world of perpetual darkness. The script, credited to Max Brallier and Matthew McArdle, both making their feature debut, is a little clunky at times (“Soldiers are good at dying,” intones Boz semi-darkly), but the cast sells the living hell out of it. 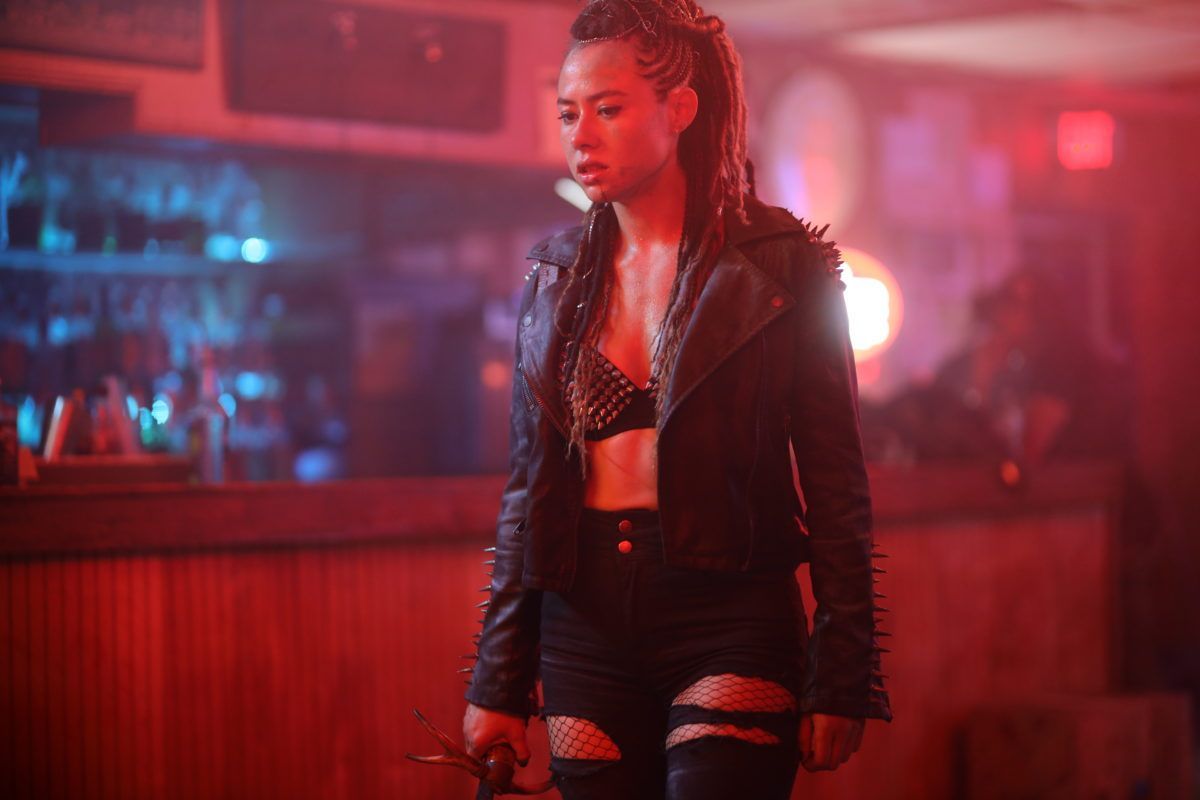 Lang, in particular, excels in a much softer role than he was afforded by the ghastly Don’t Breathe. His bad-ass has layers. Lang is ably supported by the high-profile likes of Martin Kove, William Sadler, George Wendt, Fred Williamson and the always-welcome David Patrick Kelly, who makes an impression even after being sidelined when the bullets start flying. Tom Williamson (All Cheerleaders Die) is a sensitive counterpoint as the lone newbie, a soldier returning from war who essentially has to return to active duty before he’s even put his stuff down.

As bratty teenager, Lizard (ex-Disney star Sierra McCormick), makes for a likable screen presence even while hidden underneath a beanie hat. Thankfully, she gets more to do here than in Some Kind of Hate, which was much too on-the-nose as a middle finger to her child star past. A setup this simple, with the action relegated mostly to a single location, wouldn’t work without three-dimensional characters to care about. It’s a credit to Begos and his cast that every blow is so keenly felt, and everyone feels frighteningly expendable.

The violence will be the biggest selling point of VFW for many viewers, and right off the bat there’s some deliciously gooey practical SFX to set the tone. The kills are remarkably vicious, the gore crunchy and tactile. Begos lingers for a moment on most of them, so audiences can enjoy the full extent of what’s happening. He revels in the violence, making full use of the Russells’ incredibly detailed and effective work. Gore-hounds will note there’s a significant amount of head trauma here, whether it’s someone being used to bash open a door or a knee utilized for maximum squishing purposes, to brutally efficient effect.

One of VFW’s standout sequences sees the group mobilizing like, well, an army squadron before tooling up with home-made weapons. The film’s near-constant, doom-laden, synth-wave score works perfectly in these moments, elegantly accompanying the action while simultaneously solidifying the danger ahead. Ordinarily, an omnipresent score signals a lack of confidence in the material, but, in VFW, it’s perfectly matched, giving the movie a thrilling, otherworldly quality that complements its dark, hopeless landscape as well as the grungy central location. 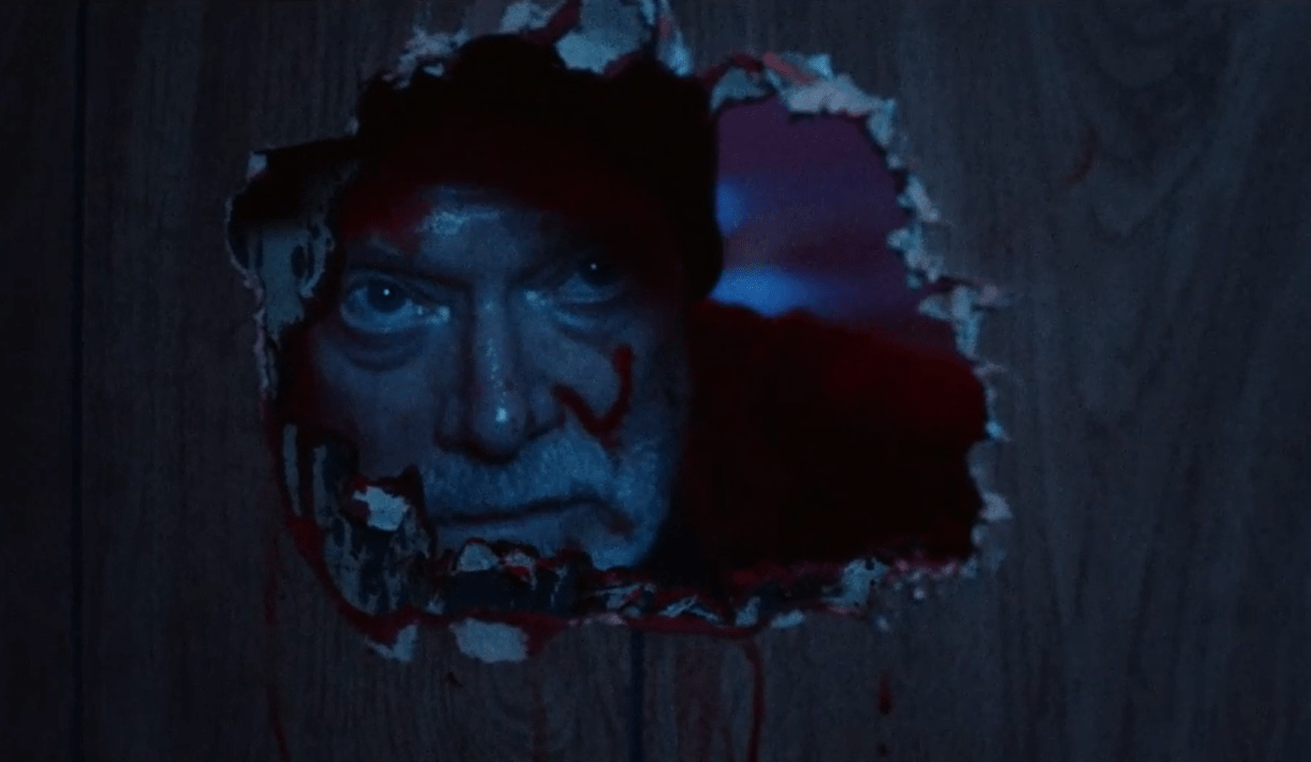 Begos has been quietly making waves over the past few years as one of the most exciting and inventive new voices in horror. Bliss remains his magnum opus, but VFW fits into the filmmaker’s resolutely low budget, innovative and unique catalogue as smoothly and effortlessly as Lang takes out encroaching punk-rock zombies. A thrilling, gloriously gory and gleefully simple exercise in cyberpunk nastiness, led by a crew of done-with-this-shit action movie icons, VFW is a relentlessly entertaining riot.