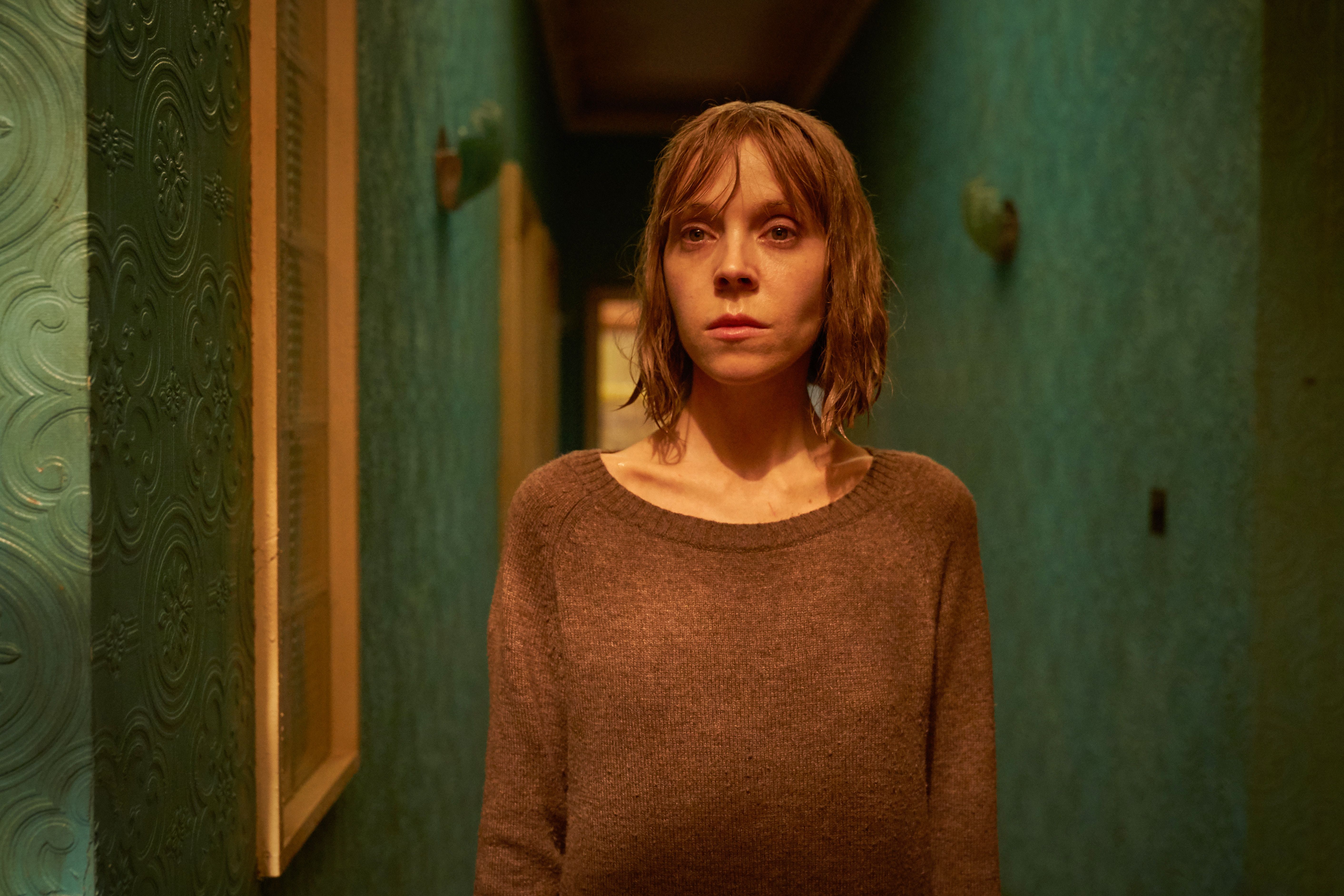 Funny Cow, a 2017 film by Adrian Shergold, is a surprisingly dark story about a female comedian struggling to make it in the notoriously unfriendly working men’s clubs of Northern England. Cordelia, the director’s follow-up, features another prickly female protagonist who’s also finding it increasingly tough to establish herself. The difference, this time around, is that Cordelia’s titular character attempts to break free of her own mind, rather than shaking off the shackles of a patriarchal society. The two films are starkly different, but they’re linked by a chilling sense of foreboding and the idea that the very act of being female is enough to put someone at risk.

Antonia Campbell Hughes, who co-wrote the Cordelia screenplay with Shergold, plays the title character. The Northern Irish actress also portrays the protagonist’s twin sister, Caroline, in a confusing bit of casting that underlines how reluctant the movie is to reveal anything close to the reality of the situation. As a struggling actor who’s currently an understudy for a local production of King Lear, Cordelia is meek, reserved and mostly cut off from the world. It’s like the color has been drained out of her life, right down to her grey-blonde hair, which chafes against Caroline’s more vibrant tresses. 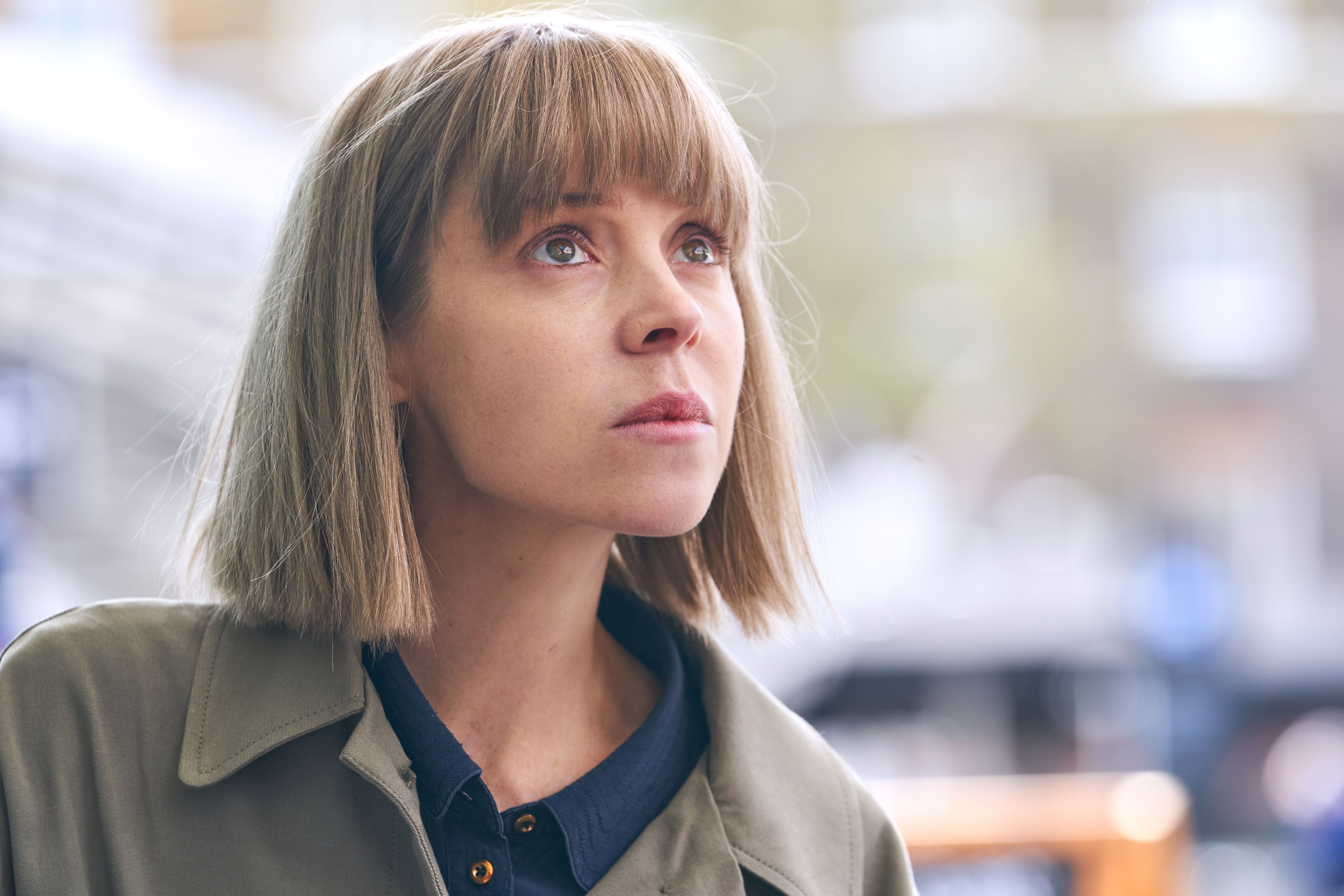 The twins dress and hold themselves completely differently too, with Cordelia hunched over in chunky knits like a walking librarian cliché while Caroline flits around in big earrings, loud lipstick and see-through tops. She’s noticeably louder than her sister, as Campbell-Hughes effectively distorts her decibel levels depending on who she’s playing. Although Cordelia is barely holding it together, Caroline swans off, leaving her alone for the weekend. Almost immediately, everything starts to fall apart. From menacing phone calls to a stalker skulking right outside their apartment building, it’s clear that something is awry. Meanwhile, Cordelia’s ominously attractive neighbor, Frank (played by Johnny Flynn, who’s fast making these types of roles his signature following Beast and Emma.), suddenly strikes up a relationship with her. But can his motives be trusted?

Cordelia is a funny little film. The marketing materials tease a tightly-wound psychosexual drama, with the title character as the instigator, and indeed there’s a lengthy sequence towards the end where it seems to be heading in that direction. But neither Shergold nor Campbell-Hughes appear particularly invested in clarifying the purpose of telling this story, never mind taking it to the logical closure point. There’s a lot going on, from barely repressed trauma to a haunting, familial strife, and the tentative love affair that initially appears to be the focus of Cordelia before the tone drastically changes, establishing that everything is not as it seems once again. Suffice to say, not all of it lands. Cordelia is quite stagey too, and frustratingly self-contained, like a play, which makes the inclusion of the underdeveloped King Lear storyline questionable. Likewise, there are very few characters, with the great Michael Gambon gifted just one scene as a lovably rattled neighbor.

Early on, Cordelia admits, “I just want to feel normal,” and this could arguably be taken as the film’s central thesis. Shergold plays with whether his protagonist can trust what she’s seeing, often through shadows and strange sounds — there’s a great reveal of diegetic music that would otherwise fit eloquently with the slippery score, and does, once the two inevitably meld together. The issue is whether Cordelia is deliberately vague or if the premise is simply undercooked. This is the kind of movie where characters stand around explaining the plot to each other — typically a capital offense — but, in this case, the audience can’t glean anything from these interactions. By spelling out their motivations, the characters become murkier, which, again, could be deliberate or a result of lazy writing. 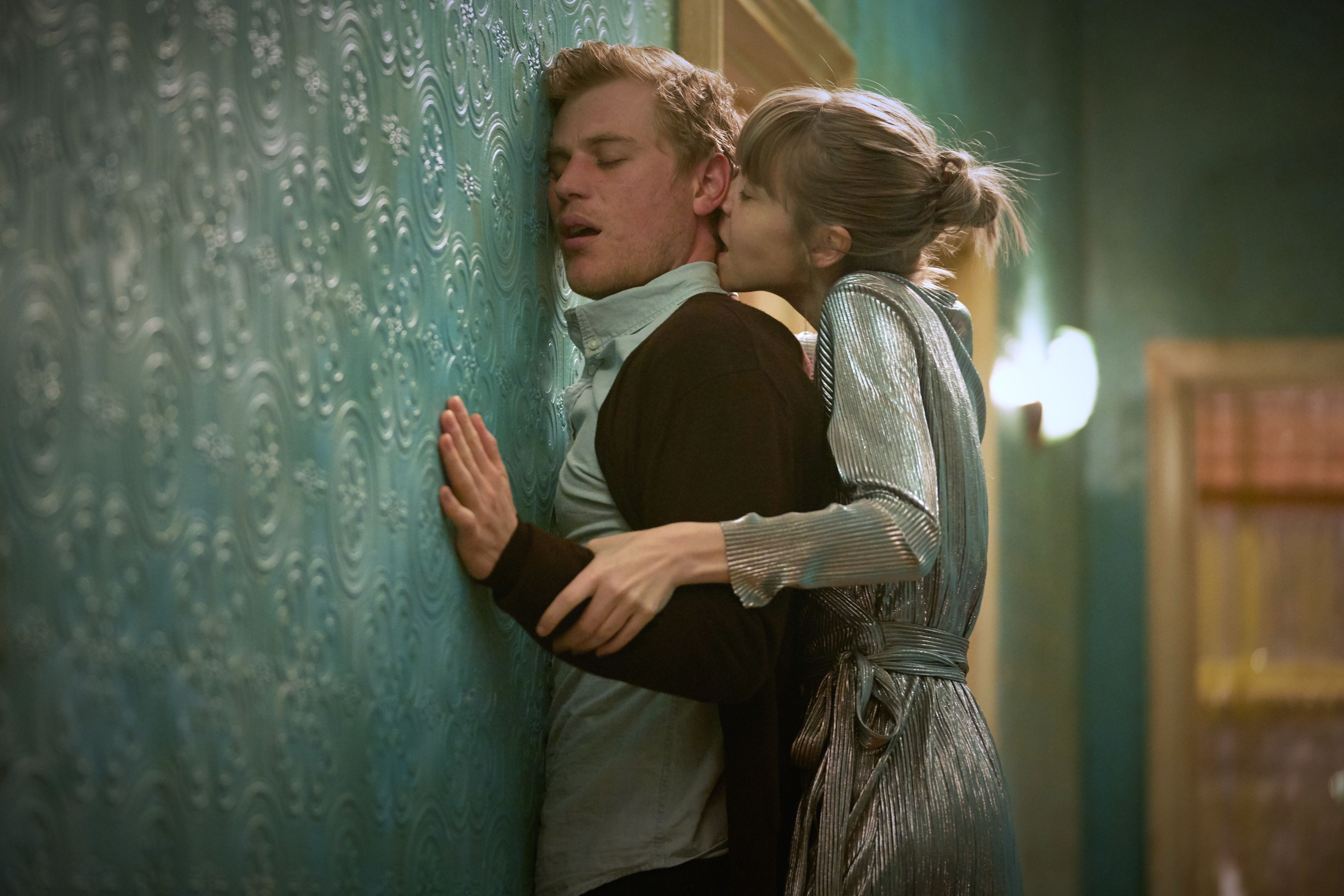 Campbell-Hughes is terrific in her dual roles, especially once it becomes clear that Cordelia isn’t as frail as she looks. The actress telegraphs a lifetime of hurt and regret, as though she’s constantly on the verge of crumbling, making Cordelia’s desire to be a working performer even more disconcerting (there’s the germ of a better story in that idea, too). The reveal of what happened to her is inconsequential — in fact, anybody who recalls recent history will probably guess what it is long beforehand — because Cordelia’s struggle is mostly internal. As such, Campbell-Hughes is tasked with communicating wildly disparate emotions wordlessly, from the push-pull of her longing to form a connection with Frank to Cordelia’s confusion over what’s really happening. It’s a powerhouse performance, even if the film doesn’t always rise to meet the actress’ standards.

Flynn, meanwhile, impresses once again as a character that in less capable hands could read as a bit of a blank slate or, worse, a total creep. The actor’s enjoyably odd cadence gives a musicality to his line delivery that reverberates through everything he says, particularly in Frank’s interactions with Cordelia. He seems sad, rather than threatening. The actors’ opposingly offbeat lilts sound lovely together, in a way that charges their scenes with sexual energy even when there’s nothing romantic going on. It’s a shame that Cordelia doesn’t fully lean into the performers’ psychosexual power struggle since it could’ve made this a more satisfying movie overall, and Flynn and Campbell-Hughes share a crackling chemistry onscreen that would easily support it. Unfortunately, Cordelia ends up feeling slightly cool and removed, like the titular character herself, which leaves one at a bit of a loss.

Read More at VV — Soundtracks of Cinema: ‘The Twin’ 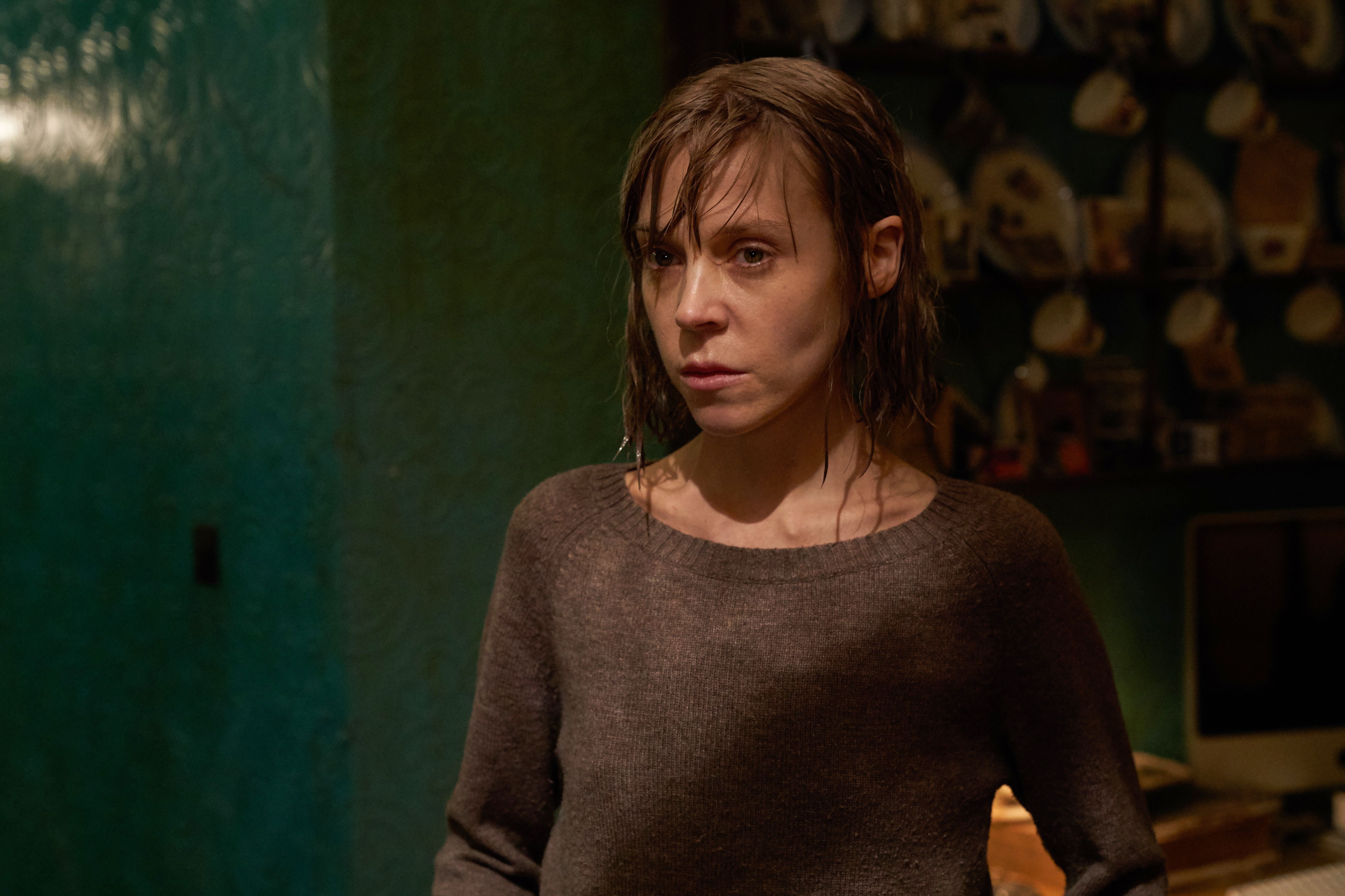 Cordelia is captivating until the exact moment it isn’t, and the access to London gives the story a real sense of place. Neither Flynn nor Campbell-Hughes’ performance can be faulted. But Cordelia is generally easier to appreciate for what it’s trying to do rather than what the film actually achieves.

Screen Media will release Cordelia digitally and theatrically on May 20, 2022.