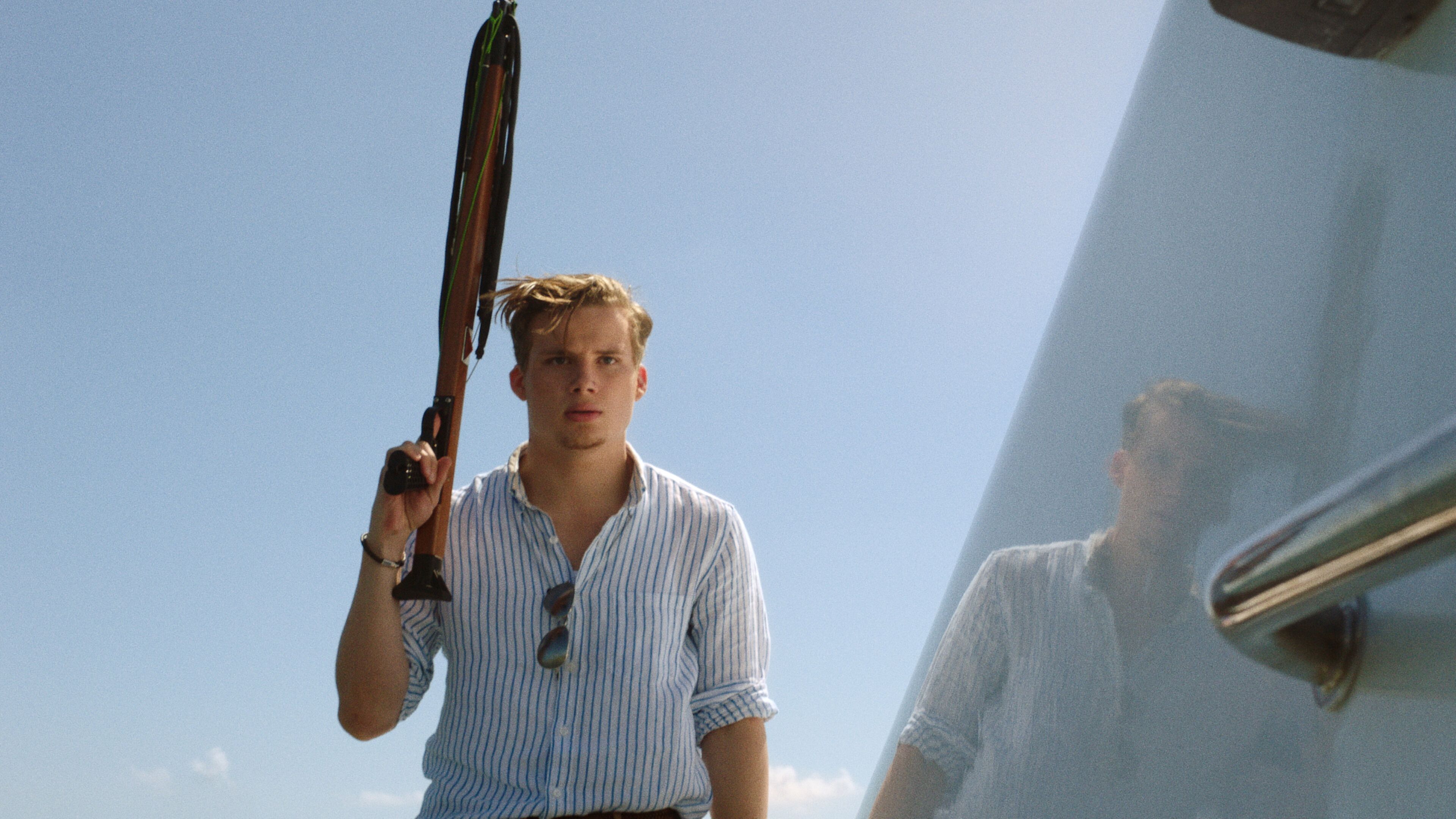 Rob Grant’s Harpoon exudes all the sly confidence of a well-prepared and half-in-the-bag wedding table orator. You can’t necessarily see them from the open bar, but know that it makes sense to find your seat and pay attention. A smart joke sets the tone. No self-deprecating humor? Well done. This person knows something, and the pacing feels right. So, will the punchline be revelatory or self-serving? Harpoon excels by focusing on story structure and comedic timing.

In Harpoon, brilliant comedic actor Brett Gelman (The Other Guys) functions as the probably-reliable narrator, heard only through voiceover narration. He begins with a commentary about the Greek philosopher Aristotle and the various forms of friendship, and without all the chin-up bravado of a pseudo-intellectual (ok, maybe a little bit). From the jump, Harpoon playfully sketches out the film’s wedding table party, so to speak, providing viewers with the most relevant background info. Richard (Christopher Gray, Netflix’s The Society) worries about a romantic tryst between his girlfriend Sasha (Emily Tyra, CBS’ Code Black) and best friend Jonah (Munro Chambers, Degrassi: The Next Generation). Through a proper beatdown, the aggressive and entitled Richard establishes dominance over nice guy Jonah, who’s grieving the death of his parents. Meanwhile, Sasha watches the bloody fiasco play out and treats the men like bad dogs looking at their reflection in a mirror. Hoping to calm the storm, the trio plans an Atlantic ocean day trip aboard “The Naughty Buoy,” Richard’s yacht. Like the best wedding party meltdowns, people drink too much and say too much. Gelman’s narrator calls the action off-screen; a barstool poet. 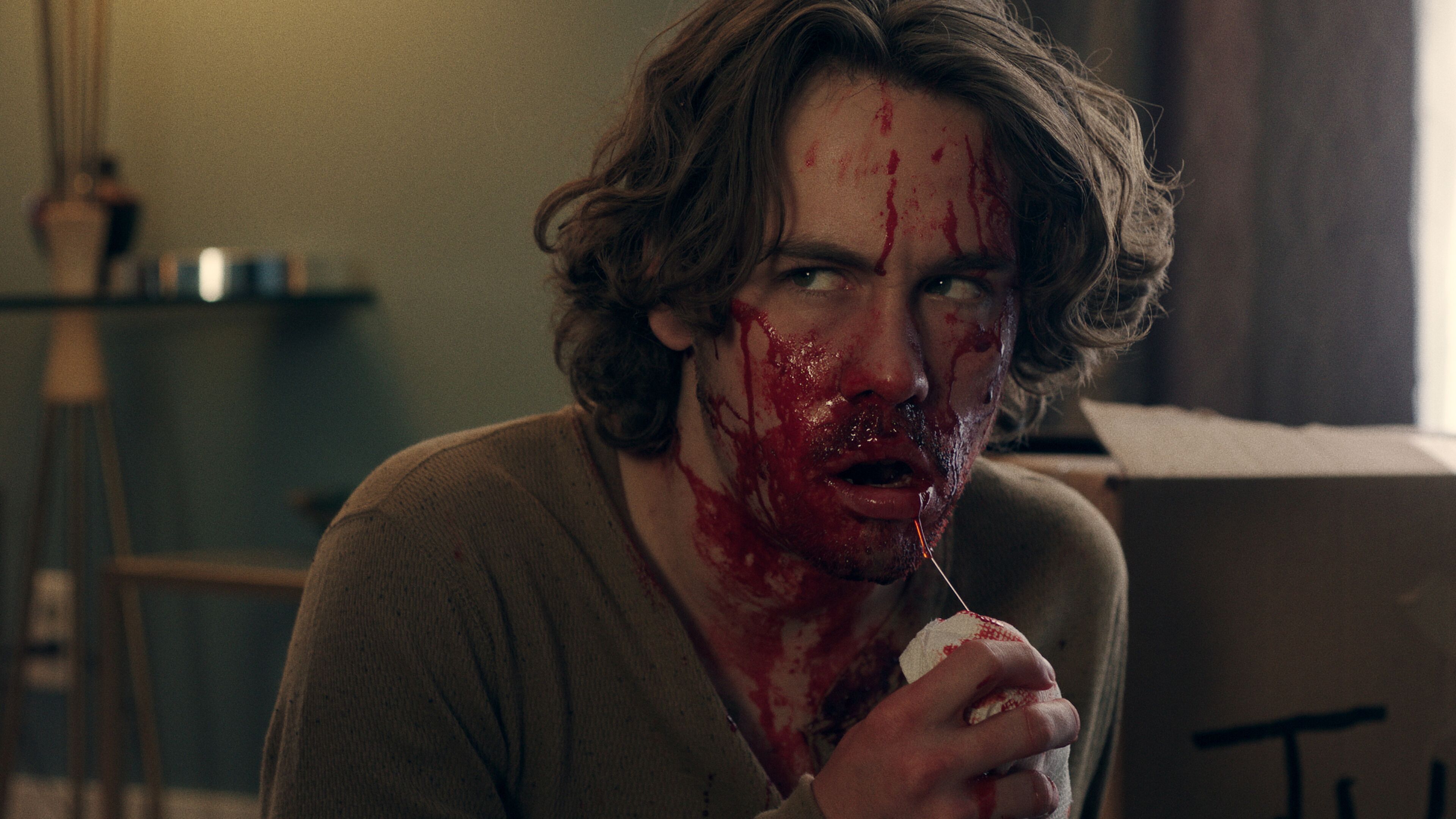 By the 20-minute mark, Harpoon drips with tension. Drips. Grant and cinematographer Charles Hamilton create a discombobulating effect with overhead shots and action-packed yacht sequences. To complement the momentum, Grant’s script (with additional writing by Mike Kovac) stays focused on the character relationships, rather than trying to hammer viewers over the head with oh-so-clever 20-something dialogue. Little details sustain the suspense, such as the distinction between present sexual activity and past sexual activity. As the performers riff back and forth with fresh dialogue, Gelman pops back in with telling quips about boat traditions. Harpoon feels lively and fun throughout, but there’s a dark energy that drives the film as well. A wave can crash anytime. Communication is key, for both the characters and the narrative itself.

As Harpoon reaches its climax, and the focal trio becomes more honest about their hopes and fears, Grant shows that he’s doesn’t need a vast array of filmmaking toys to tell a good story. He just needs the threat of violence, solid performers and some well-executed jokes about sex faces and small peens. By this point, though, Harpoon veers dangerously close to being extra cute, like the wedding party bro who misinterprets a nervous laugh and then pushes even harder with questionable jokes. But Grant stays on course, fully confident with his skill set and material. Harpoon’s director knows how to end a conversation (scene), and how to spark one as well. It’s no surprise to learn that Grant has edited numerous features in the past. 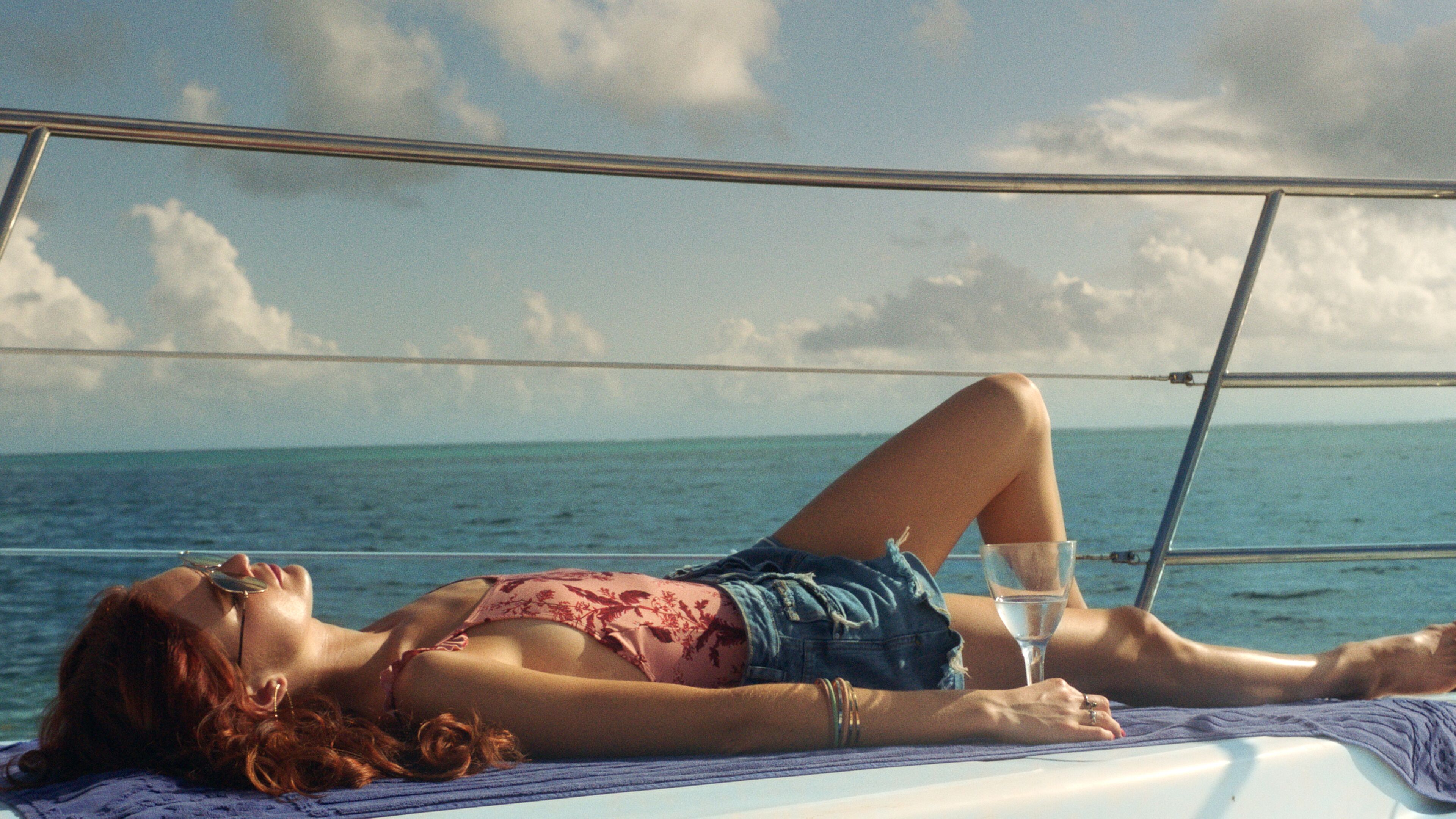 Both Chambers and Tyra deliver strong performances in Harpoon, but it’s Gray who steals many scenes with his dead-pan deliveries. “I want reparations,” he wails a couple times, and later muses about cannibalism and potential health hazards. Harpoon sets the tone with its comedic and frenetic opening sequence, which essentially serves as the film’s anchor. With a smart story in place, along with on-point production design and editing, Grant just needs the collective trio of performers to swim rather than sink.

Rob Grant’s Harpoon, a pleasant 83-minute surprise, operates efficiently across the board. It’s a strong piece of filmmaking, and showcases the director’s ability to work a room.