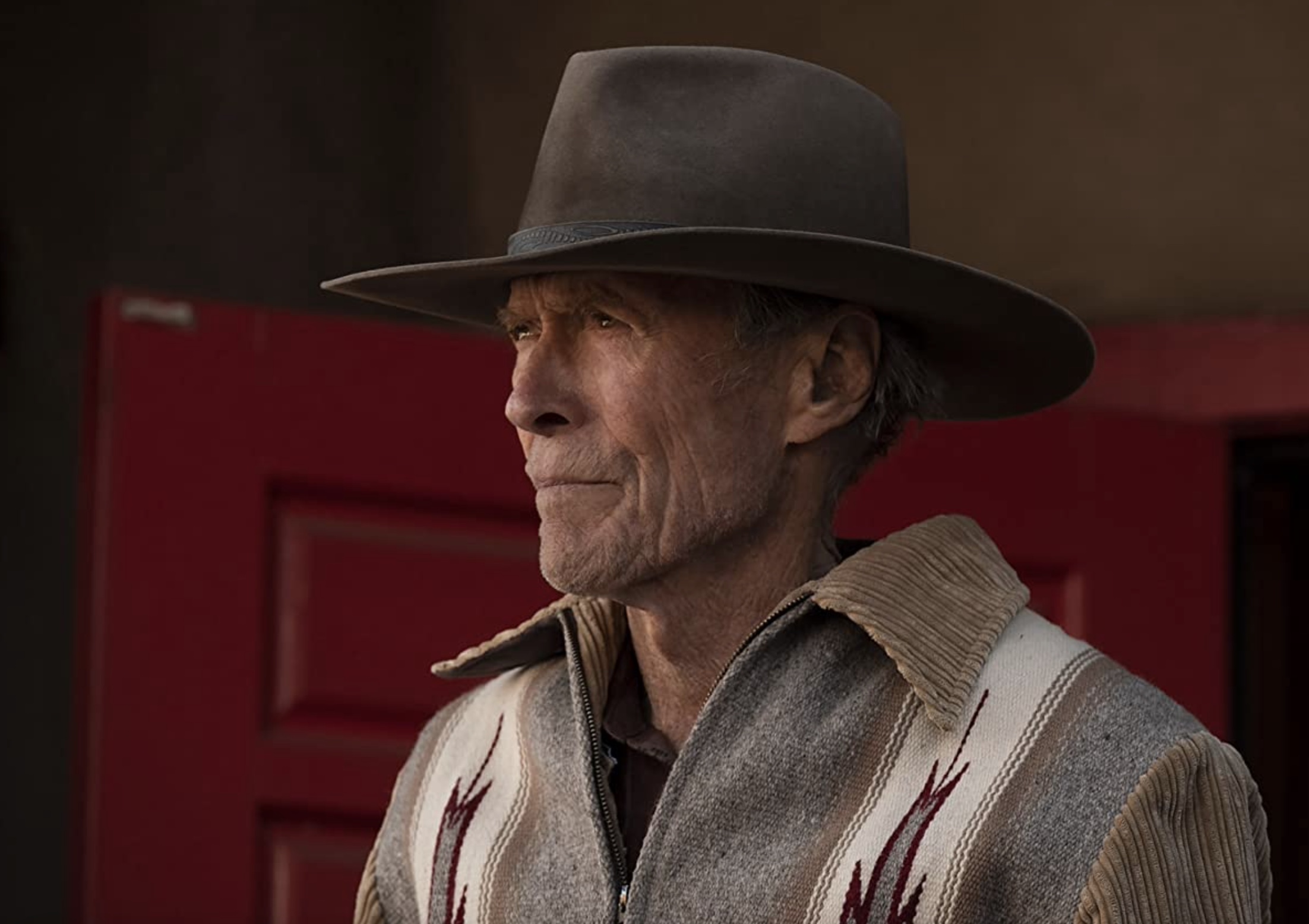 Three years after Clint Eastwood’s lackluster crime drama The Mule, the movie legend returns to the genre the made him a household name with Cry Macho. In addition to providing the mythical Western star with a safe refuge, the film gives the audience a wide variety of visually delicious scenery and serves as an intriguing attempt at a meta-textual character study. While Cry Macho succeeds with the set-up character scenes, it fails with its overall execution. Eastwood and company certainly have the chops to deliver an adventurous road trip romp; unfortunately, they cannot hold onto the reins long enough to give audiences a story worthy of multiple viewings.

In 1979, the life of former rodeo star Mike Milo (Eastwood) spirals out of control due to injuries, pain medication and personal tragedies. When the cowboy repeatedly shows up late for a job he no longer cares about, his boss, Howard Polk (Dwight Yoakam), decides that he can no longer postpone the inevitable, so he fires the long-time champion who has fallen from victory. But, as with most cowboy friendships, the past looms large over the present, and Howard appears on Mike’s doorstep pleading at first for Mike’s help and finally resorting to calling in his last favor. Howard reminds Mike how he floated him for years after his wife and child died. Howard is estranged from his ex-wife and teenage son who live in Mexico. Between his cock-fighting and grand theft auto activities, 13-year-old Rafo (Eduardo Minett) is on a collision course with trouble. Rafo’s wayward party girl mother, Leta (Fernanda Urrejola), is less than disinterested in her son’s derelict activities, even subjecting him to abuse by others. Howard figures that Mike, an authentic cowboy, is the only person macho enough to gain Rafo’s trust and reel him back in line and across the border into Texas in one piece. Unfortunately, this proves easier said than done. Upset by the notion of her “property” being stolen, Leta enlists her bodyguards and the Mexican Federales to thwart Mike’s mission. Now on the lam, Mike and Rafo negotiate a backwoods path through the Mexican outback. Along the way, they are rescued by Marta (Natalia Traven), a kind, matronly woman and possibly the unexpected answer to Mike’s prayers. The chase prompts Mike to educate Rafo that being tough and “macho” isn’t all it’s cracked up to be.  What truly matters in life are the simple pleasures of family and friends. 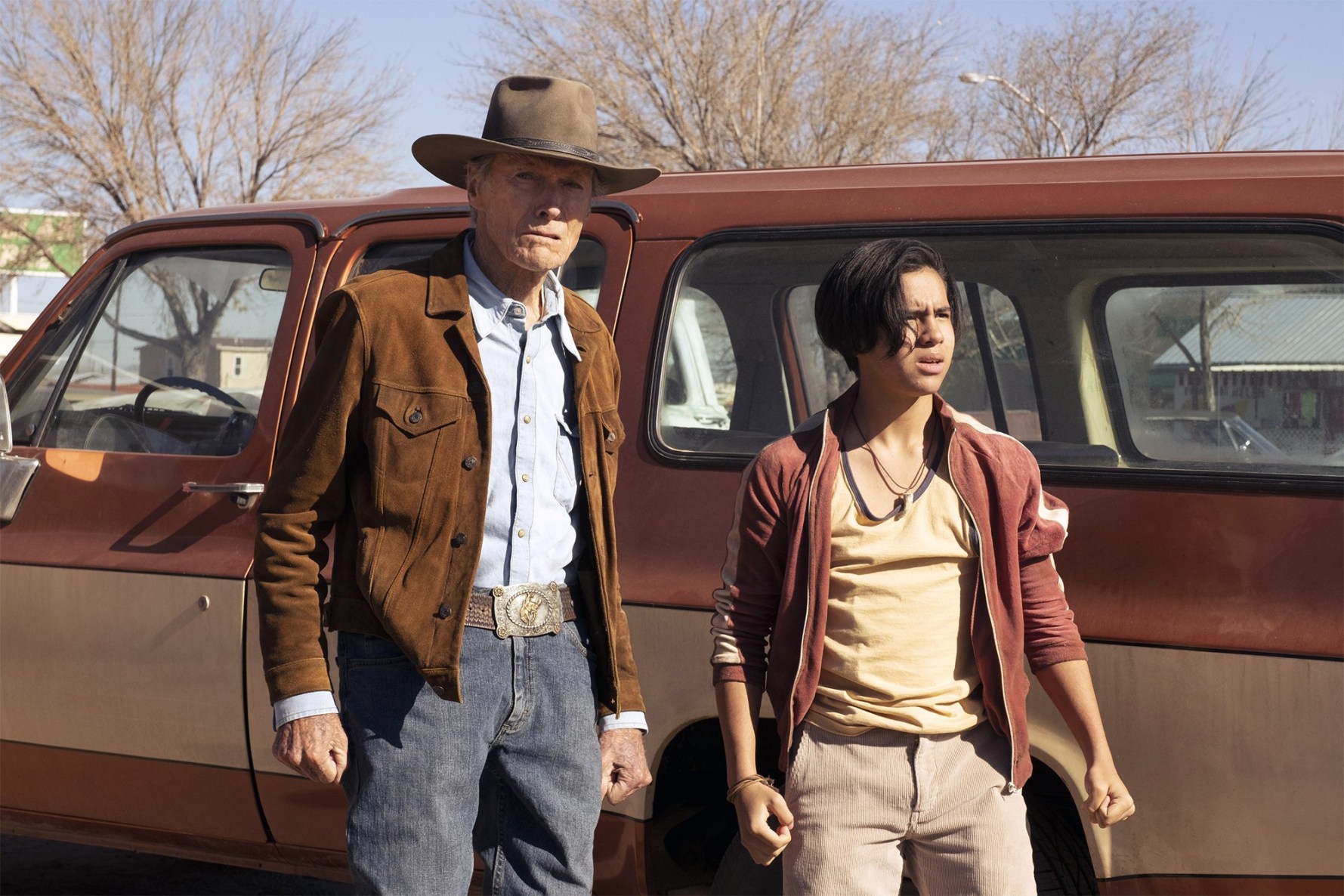 Cry Macho’s cookie-cutter plot is well beyond played out. After all, the movie is an adaptation of N. Richard Nash’s 1975 novel. Like many stories from that period, such as Bless the Beasts and Children (1971), it tackles the tough subject matter of emotionally jaded youth being thrown into the even more complex world of adulthood, while trying to maintain some sense of positivity. The way Rafo’s character drama concludes can be seen coming from miles away. The predictability and play-it-safe execution of the third act weigh Cry Macho down. The end plays out as a lukewarm slog, and the urgency is totally undermined. The pacing is deliberate and understandably varies from the Eastwood westerns of yore, but one cannot overlook how the film stumbles in limbo until Eastwood decides “that’s a wrap” and it’s time for the ending. A slightly punchier middle section would have been appreciated. Still, like most road trip films, it’s not the destination that matters as much as the journey.

Altogether, Cry Macho’s ensemble cast proves to be highly entertaining and adds a dime store pulp flair to what is essentially a paint by numbers story. The casting of Urrejola as Leta is indicative of this. The way the character saunters in her silk dress, positioning herself in alluring poses around Eastwood, is reminiscent of Ava Gardner, combined with the seedier aspects of a Mickey Spillane novel. The notion of Cry Macho being part neo-noir, part western is given further credence when Mike walks down the dingy alleyways of Mexico City filled with fighting derelicts and harsh, moody lighting. The real stand out, however, is Minett as the wayward son, Rafo. Even though he is young, Minett proves more than capable of holding his own when cast alongside the legendary “man with no name.” Throughout the trip, Minett applies just the right amount of believability and versatility to each scene. A good example of this is when Rafo explains to Mike around the campfire about his mother’s troubling nature and the multiple “uncles.” Immediately following that, Rafo immaturely blows on raspberries as they drive down the road. Later, in a cantina, Rafo explodes when discussing his emotionally draining situation with Mike. Each word Rafo speaks is punctuated with a sense of anger and resentment, as if he were putting daggers in Mike’s eye lids.

As Marta, Traven exudes country hospitality while leaving no doubt that she could easily hold her own in bar fight if need be — she is a throwback to John Ford’s western heroines. Yoakam provides serviceable plot exposition, but he is immediately forgettable. It seems as if his character arc should crescendo in the final moments with more time allotted between him and Rafo — but when Eastwood is your boss, you know who will receive the top billing. 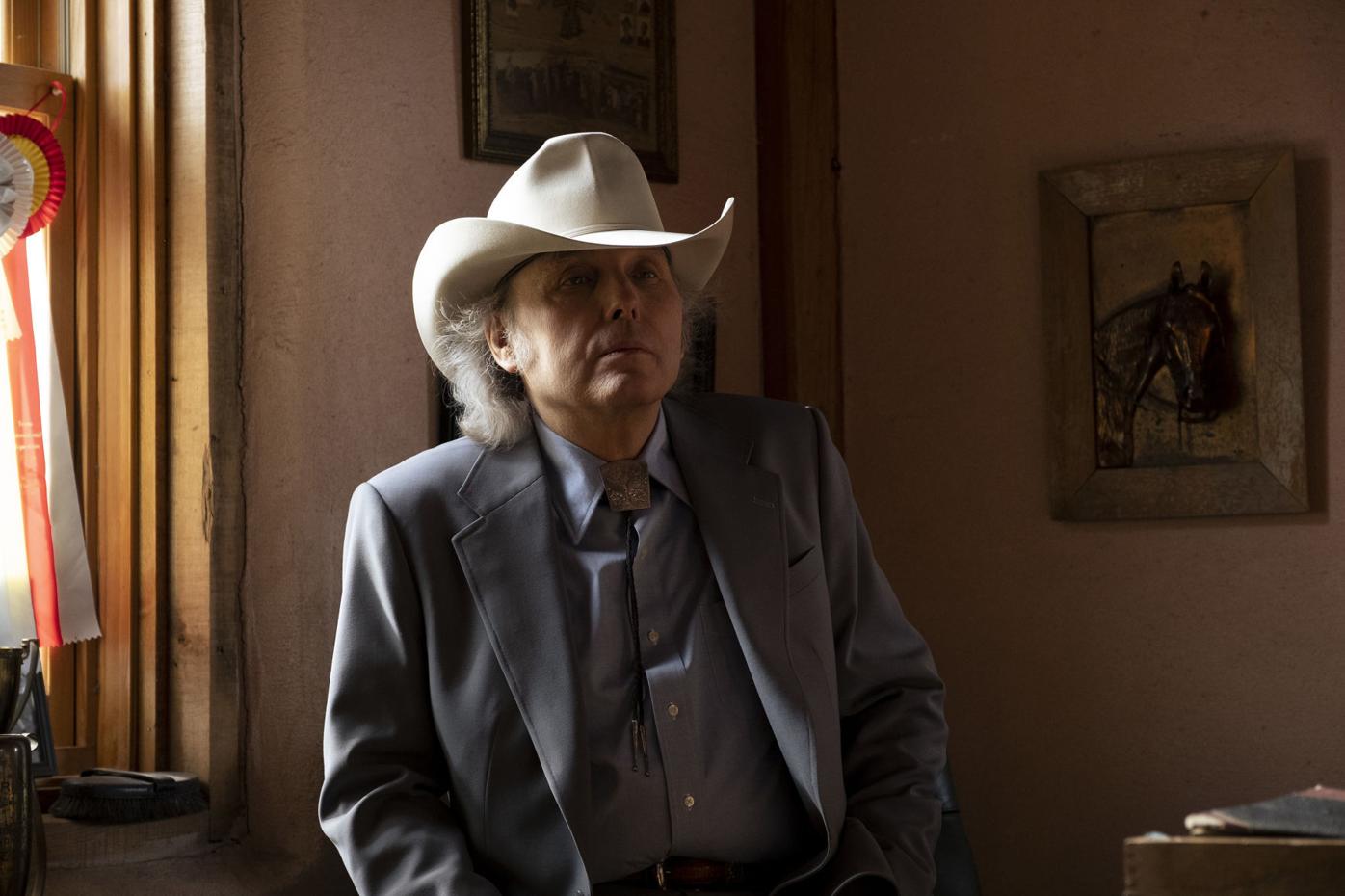 Finally, there is Eastwood himself. At age 92, the icon is all about taking life in stride and not over thinking things. Cry Macho’s leisurely sense of direction and overall pacing captures this mantra. To some degree, the tempo is more reminiscent of a James Fitzpatrick travel talk than a cowboy western. Several scenes seem like stand-alone vignettes, merely strung together as window dressing without a strong cohesive thread. Eastwood shows genuine interest in the cultural iconography and religious aspects of each location in which his characters hole up. Ben Davis’s cinematography is perfectly in line with the director’s new outlook on life, as he truly captures the adventurous feel of the rural southwest. Whether it be the exquisite golden hour sunsets, the hazy purple skies or the well-choreographed tracking shots of Eastwood driving alongside a pack of mustangs and mountain vistas, the viewer may feel like they are right alongside Eastwood taking in and enjoying every moment, particularly when experiencing the film on a big screen.

Cry Macho is a slow, sweet story with outstanding cinematography that leaves viewers with the melancholy of a sunset, but it’s not a film that one must rush to see. The greatest moment emerges in Mike’s soliloquy to young Rafo. In the cowboy’s final pitch to the boy to carefully weigh the choice of returning to his flawed father or remaining in Mexico with his broken mother, he decries a life misspent trying to maintain a tough guy macho image. For devoted Eastwood fans, this scene comes as no great shock as the actor-filmmaker has been drifting away from his Dirty Harry persona for at least his last three films. Given how long Eastwood sat on Cry Macho, I contend that this story came from his heart. It’s best to follow in his footsteps, grab a brew and lawn chair, put away the tough guy act, take a load off and cherish life.