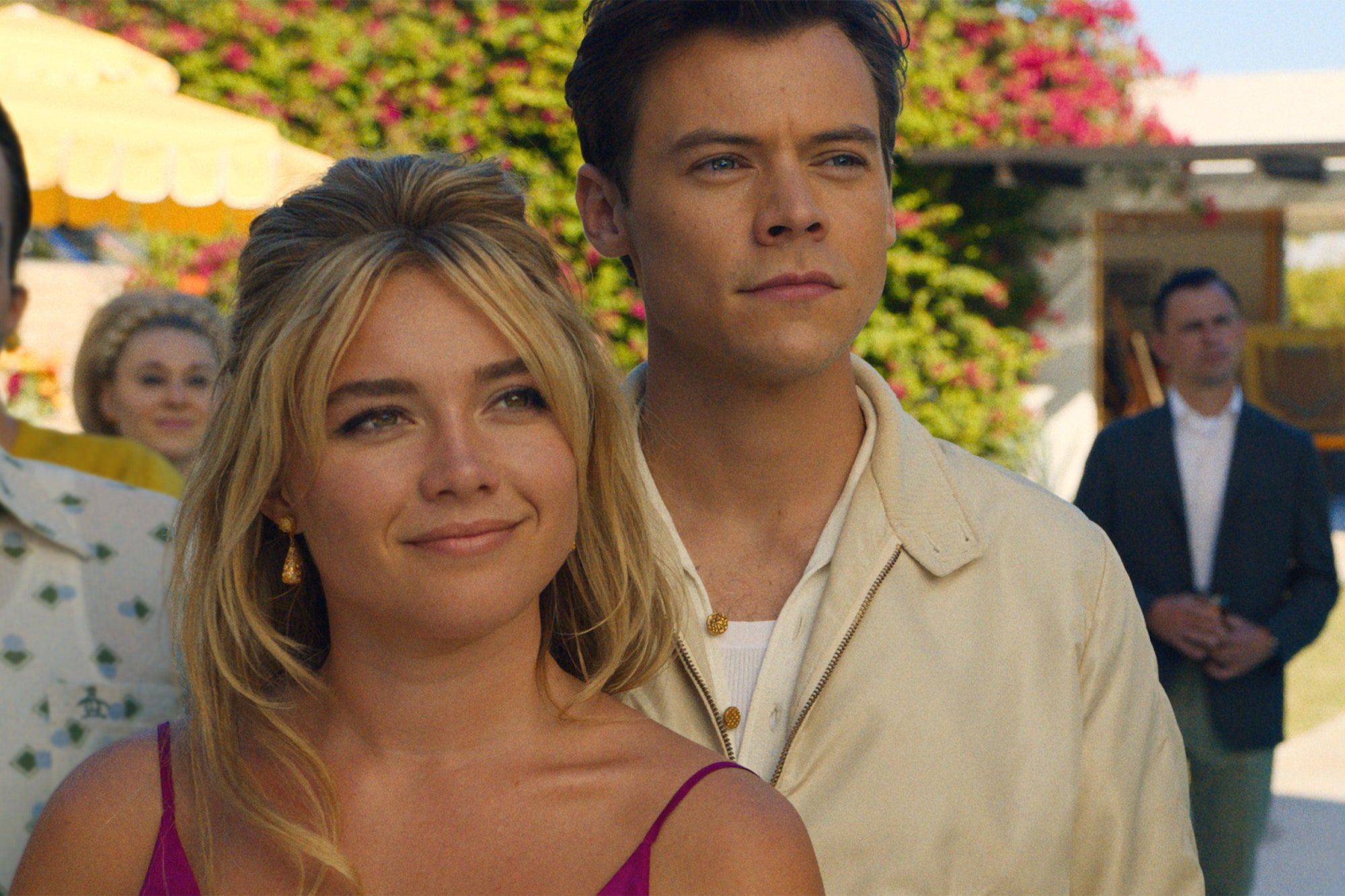 The chatter surrounding director Olivia Wilde’s new movie Don’t Worry Darling reached fever pitch in the days leading up to this week’s wide release. Cynics began to wonder whether the gossip — including a purported on-set rift between the director and star Florence Pugh involving the tabloid-ready romance that Wilde began to share with cast member Harry Styles — blossomed from the work of the savvy publicists tending to the hype. Don’t Worry Darling is neither a masterpiece nor a failure (I prefer Wilde’s warmer Booksmart), but it has definitely made the shortlist as one of the year’s most talked-about films.

Pugh portrays Alice Chambers, a hopelessly devoted wife and helpmate to husband Jack (Styles), who works for a hush-hush, desert-based endeavor known as the Victory Project. While Jack and the other husbands of the New Frontier speed off to work each sunny morning in their candy-colored autos, the wives attend ballet class led by Shelley (Gemma Chan), the spouse of Victory co-founder Frank (Chris Pine). Cooking, cleaning and keeping house do not distract Alice from a growing suspicion that her immaculate surroundings are some kind of gilded cage. 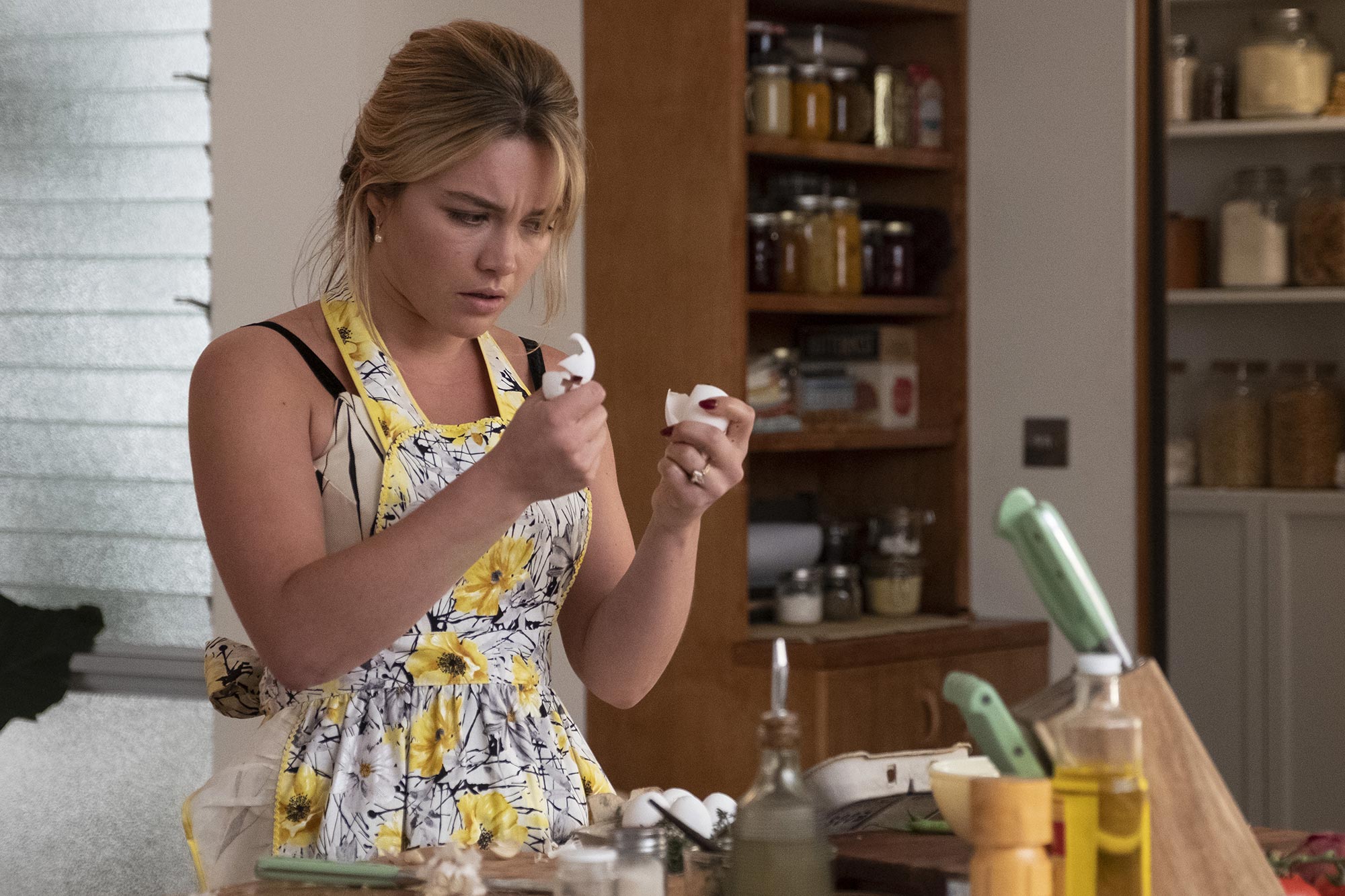 One can take a pick of keywords primed to launch a collection of Don’t Worry Darling essays: gaslighting, tradwives, hysteria, incels and toxic masculinity are just a handful that have already been the subject of commentaries on the film. At CinemaCon, Wilde cited Inception, The Matrix and The Truman Show as inspirations, but The Stepford Wives has been name-checked more often, and plenty of other movies — from Parents to Swallow — intersect thematically or stylistically with Wilde’s dark vision.

Whether or not one thinks Don’t Worry Darling is any good depends in large measure on a willingness to suspend disbelief. A rewrite of the 2019 Black List version by Carey Van Dyke and Shane Van Dyke (who receive story credit), Katie Silberman’s screenplay turns on a bold if not entirely satisfactory twist. Supporters insist that Wilde shrewdly interrogates a patriarchy that thrives and proliferates as a direct result of keeping the bodies and actions of women under strict control. Others point to an abundance of red herrings and plot holes as nagging liabilities. 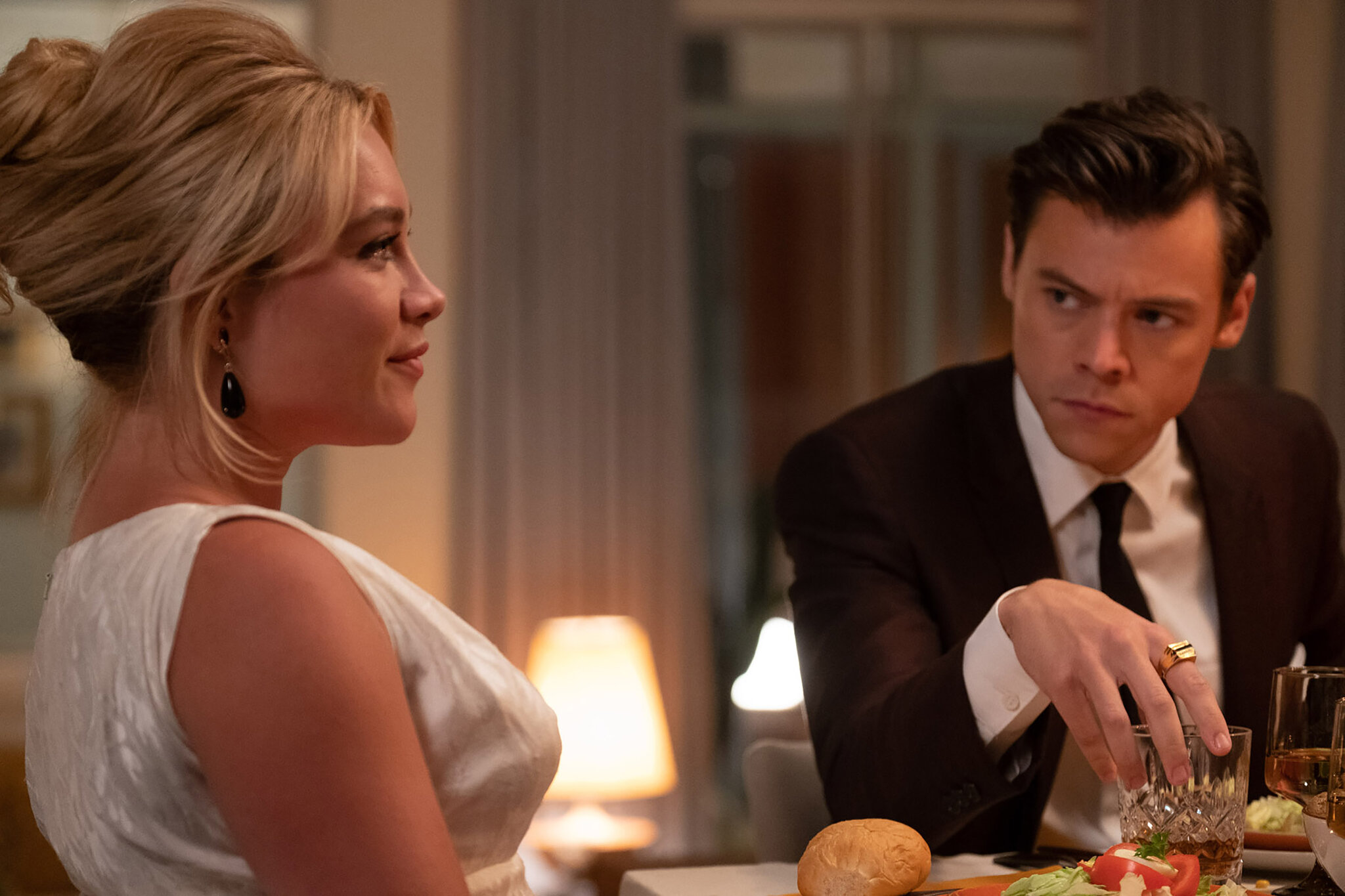 Along with Pugh, the late 1950s/early 1960s setting is the star attraction of Don’t Worry Darling. The arresting trailers for the film showcase a midcentury modern design aesthetic that all but screams a warning to the imperiled Alice regarding the deceit of appearances. Richard Neutra’s 1946 Kaufmann House serves as the home of Frank and Shelley. In addition to that legendary Palm Springs landmark, the community is represented by the incredible Canyon View Estates, the Palm Springs Visitors Center and the Palm Springs Art Museum. These spaces, complemented by sharp choices in Los Angeles, La Quinta, Pasadena and Newberry Springs (the site of the otherworldly Volcano House), will have design fanatics salivating.

The human beings are another matter. With the possible exception of Pine’s watchful and mysterious boss, none of the members of the ensemble approach the quality of Pugh’s performance. As the frustratingly underwritten Alice, she must convince the viewer of her love for, and emotional investment in, husband Jack long after viewers smell a rat. The ample running time clocks in at just over two hours, and there is no doubt that Don’t Worry Darling would be improved with at least 15 fewer minutes of the simmering dread that recurs in both Alice’s nightmares and the mock-sincere interactions she shares with her “close friends.”