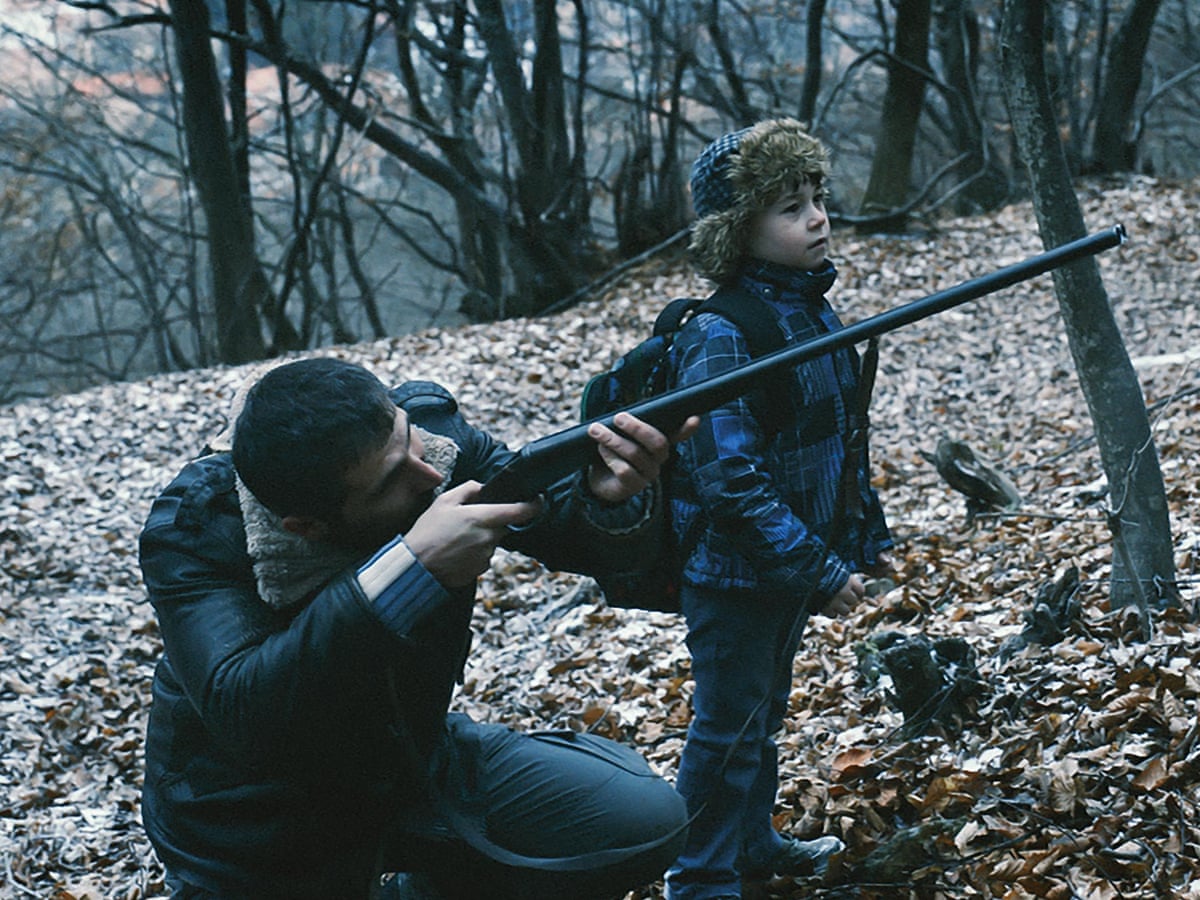 One of the most popular books among right-wing nationalist and white supremacist circles, Jean Raspail’s The Camp of the Saints akins the migration of people from the Global South into France to an apocalyptic zombie-like invasion. In a diabolical way, the novel suggests the specters of imperialism by French rulers across the globe come back to haunt the people of the country. This exact notion is delivered by a Romanian-Hungarian civilian (Racz Endre) towards a French environmental researcher (Victor Benderra) in R.M.N., Cristian Mungiu’s searing portrait of racism. The film’s title is the Romanian acronym equivalent of the NMR or MRI spectroscopy in America. It scans the brain and body to detect issues in multiple layers. Racism in R.M.N. exists and is excavated in a similar fashion, and the conclusions are frustratingly foggy if not downright pessimistic.

Working as a laborer in a German slaughterhouse, a Romanian immigrant named Matthias (Marin Grigore) assaults a co-worker and then goes on the run back to his home country. There, he reunites with his estranged wife and timid son, but also his mistress Csilla (Judith State), who is a hiring manager at a breadmaking factory. Her business is welcoming three new workers, all immigrants from Sri Lanka who passed citizenship to become Romanians. Mattias, whose emotions are seemingly absent or heavily repressed in R.M.N., aside from wanting his son to be a “strong man” who can fend for himself, has no strong feelings for or against the Sri Lankan immigrants. Yet, the masculinity and propensity to violence, as well as the paranoia that Matthias tries to instill in his son, are genuinely reactionary ideas that feed into what manifests more clearly, namely towards the Sri Lankans, during the rest of the film. 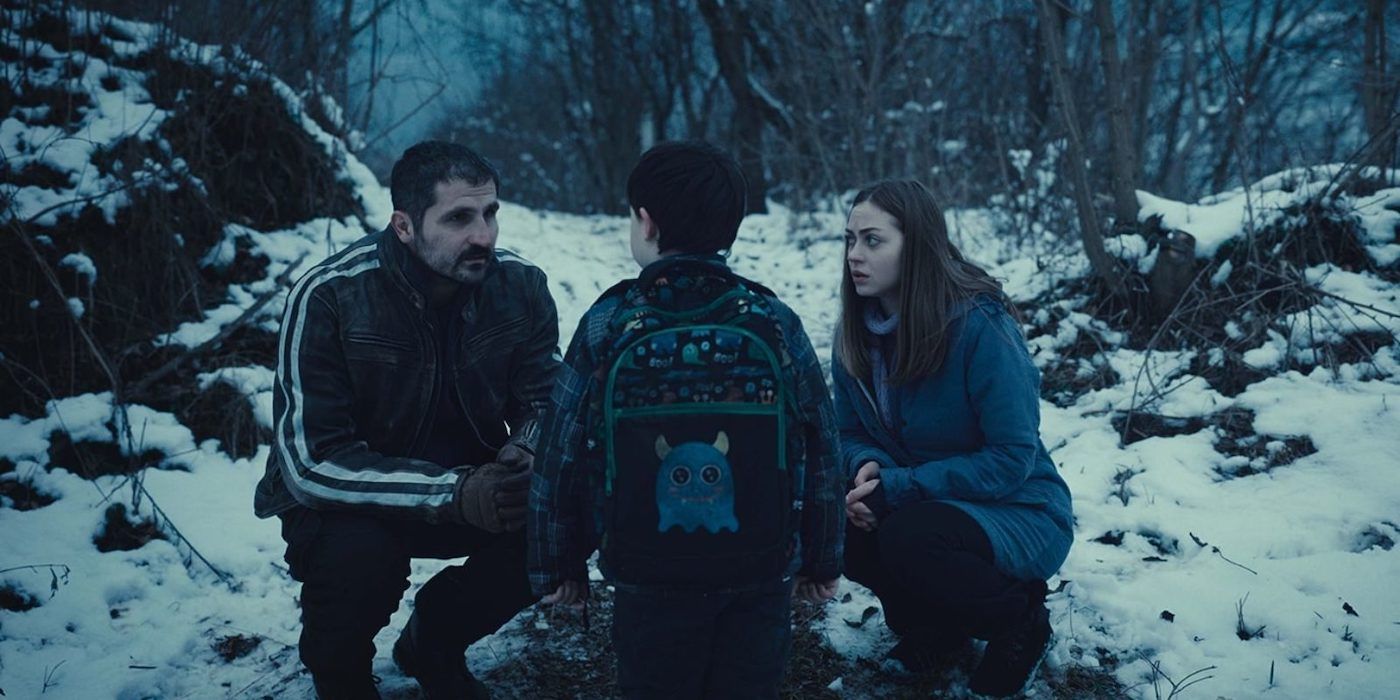 Matthias’ Romanian village is multi-ethnic with many Hungarians, a few Germans and a small remaining population of Romani (gypsy) people. It’s alluded to a few times in R.M.N. that the “native” population of the town successfully drove out most of the Romani people a while back. Now, they set their ire and target on the Sri Lankan immigrants. The layers of racism and cultural rift that exist in the village turn into a political game of lies and hypocrisy that eventually reveal stunning and difficult truths about certain characters. As with most reactionary ideologies, the villagers who want to drive the Sri Lankans out display a frustratingly obvious inferiority complex and inadequacy that fuels their hate.

The bleak and restless nature of R.M.N. is manifest in Tudor Vladimir Panduru’s cinematography. The pacing is committed to Mungiu’s consistent style — quick bursts of movement mixed with long periods of complete stasis. Every Mungiu movie has the one long-take with a static camera and the frame filled to the brim with people. Here, it takes place in a church, where the community gathers to debate and vote on whether to drive the Sri Lankans out. It’s here where Romania’s political and social stature in the world is laid bare. 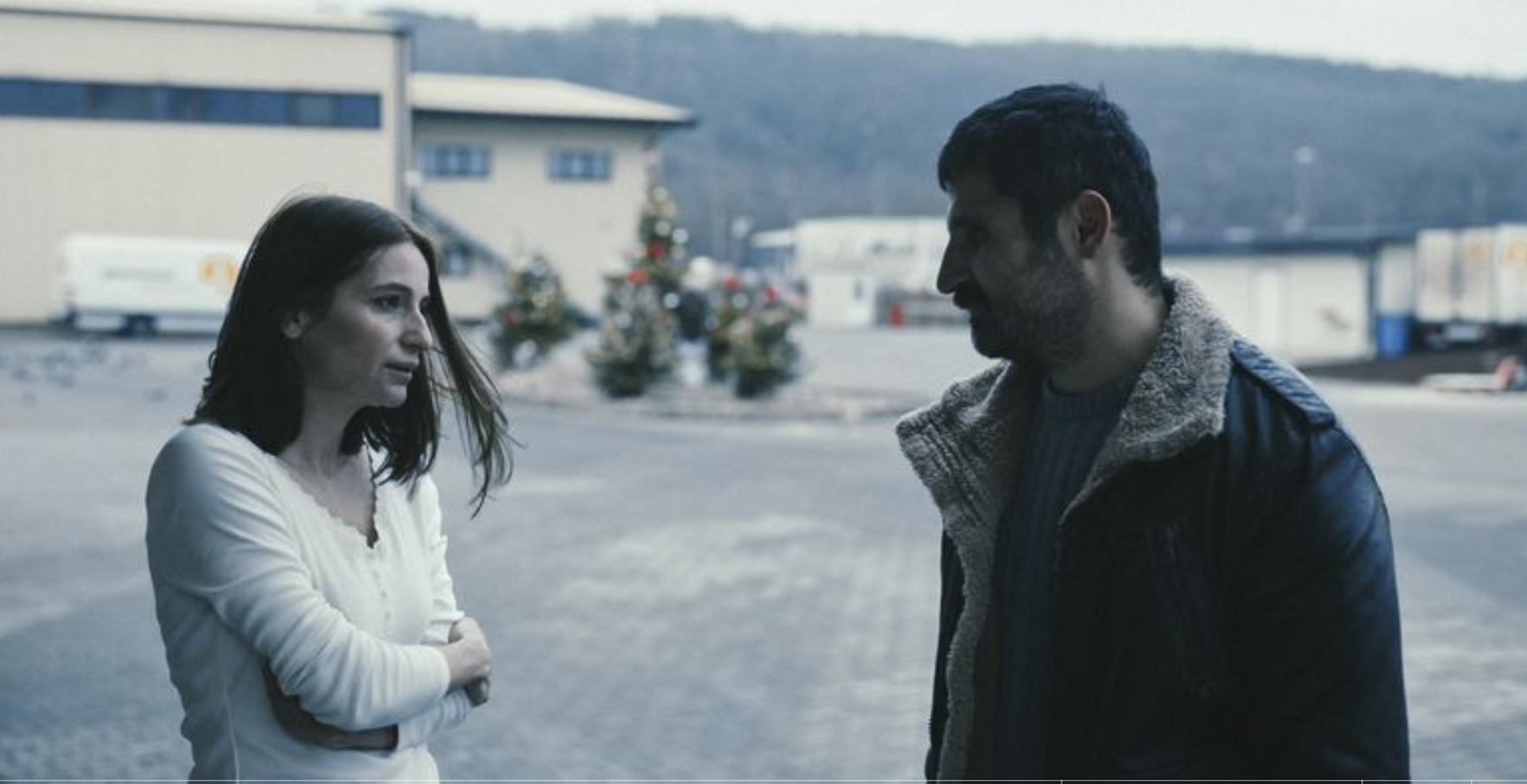 In Mungiu’s debut feature Occident (2002), a group of young Romanians migrate to Western Europe to find jobs because of financial issues in Romania. In R.M.N., “The West” — meaning Western Europe — is held in as much distaste as the Sri Lankans in the minds of the Romanian villagers, often to denote how their own people are mistreated and assumed to be criminals when they work in France or Germany. They chastise a young French researcher on France’s shamelessness in lecturing Eastern Europe on how to be “tolerant” despite being one of the world’s biggest imperialist exploiters. Hungarian minorities in the community are the most vocal about their hatred towards the Sri Lankans, blanketing it in the well-worn racist rhetoric of “we have nothing against them… as long as they stay in their own country.” Meanwhile, other Romanians chastise the Hungarian minorities for not speaking Romanian properly. Amidst all of this, Csilla and Matthias’ relationship deteriorates on political lines.

R.M.N. Review: Related — Soundtracks of Cinema: ‘I Came By’

The factory owner’s stewardship towards Sri Lankans is a good gesture on its face, but Mungiu also doesn’t spare her, making sure to expose that her position is not out of goodwill but a need to cut costs and attain cheap, easily exploitable labor. All of the layers and webs that contribute to chain reactions of racism become an overflowing problem towards the film’s end. Threats of violence and a growing nationalist movement create unsafe spaces not just for the Sri Lankans, but all Romanians in general. It’s a society that is poised to eat itself alive as all right-wing societies do. Similar to Arun Karthick’s Nasir (2020), where the quiet almost meditative existence of people gets fractured bit by bit and suddenly shatters in one violent swoop, R.M.N. makes viewers anticipate the ultimate breaking point. What Mungiu does differently here, though, is stop just short of it, because we’ve seen the end to this before. Instead, he gives audiences a chance to contemplate how one may consider a different path to alter the outcomes.