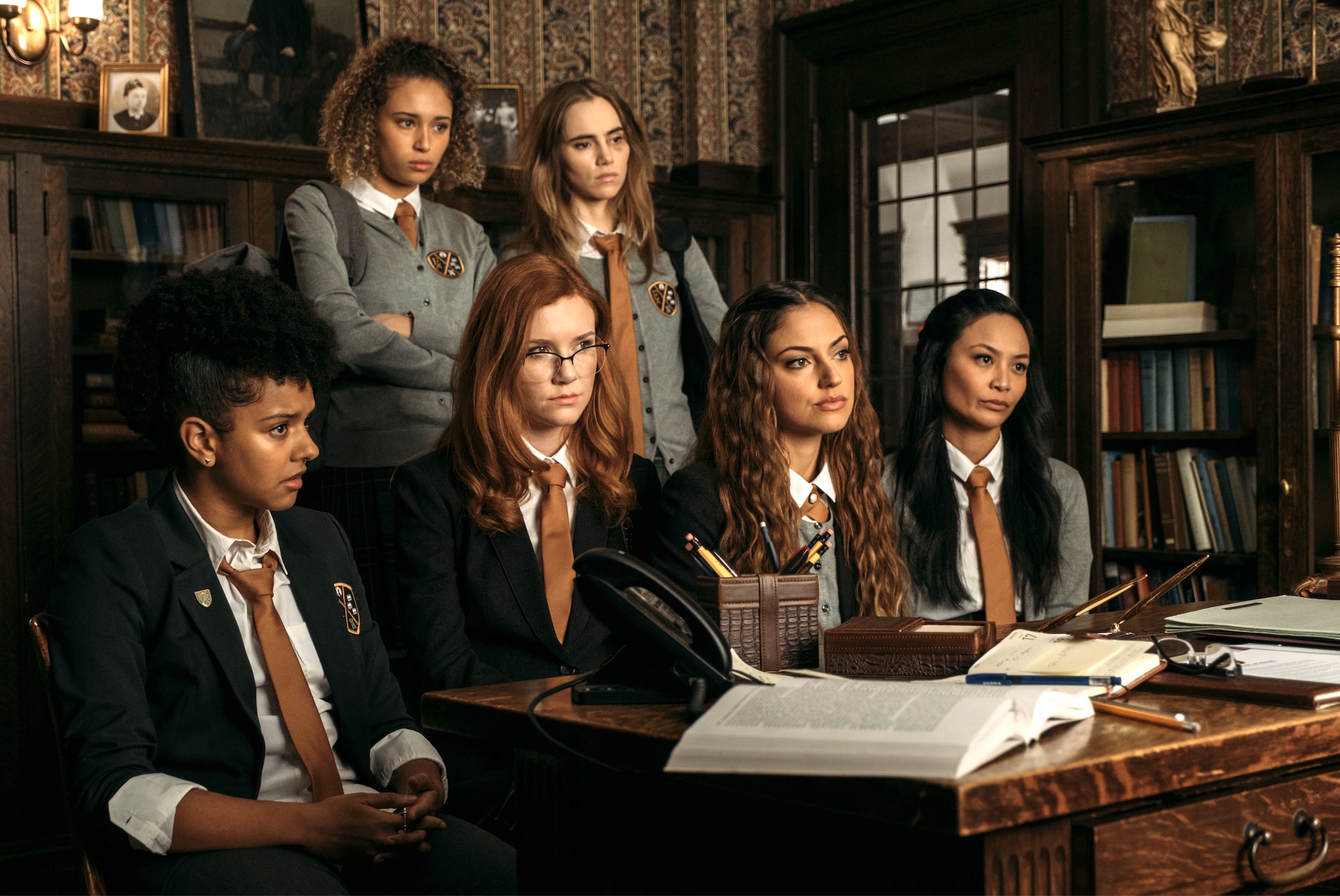 Seance explores a murder mystery at Edelvine Academy. Various teenagers attempt to conjure a ghost, and then freak out when one of their classmates falls to her death. Soon after, a new student named Camille Meadows shows up and immediately clashes with her peers. When another young woman disappears, the protagonists bond together and research the paranormal activity on campus. Here’s every main performer and character in Seance. 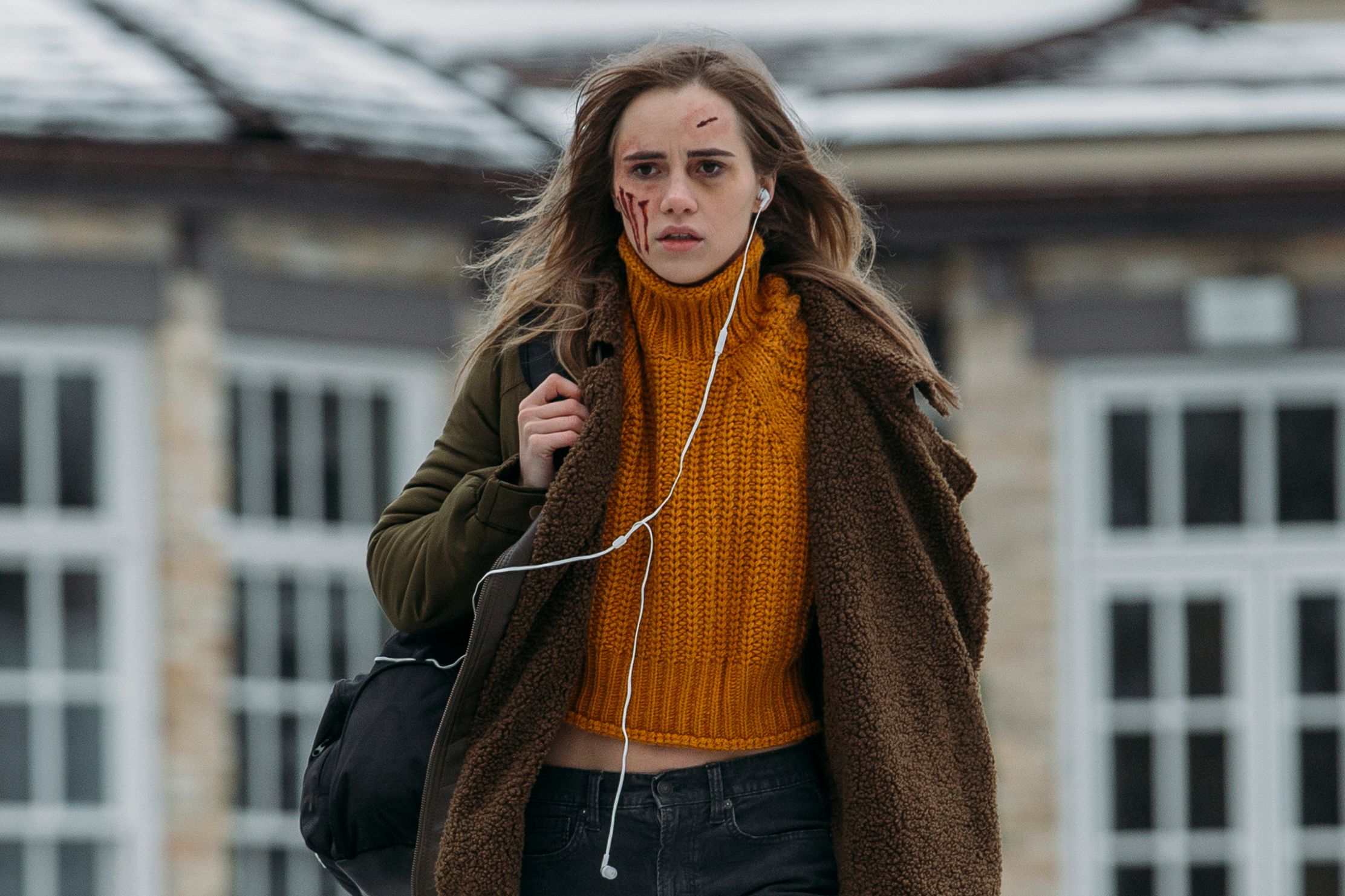 Character Profile: A new student at Edelvine Academy. She stands up to the school bully and refuses to be bossed around. Camille befriends a classmate named Helina while protecting a secret agenda.

Waterhouse’s Resume: Marlene in The Divergent Series: Insurgent (2015), Kitty Bennet in Pride and Prejudice and Zombies (2016), Arlen in The Bad Batch (2016), Sarah in Assassination Nation, Mary Brunner in Charlie Says (2018)

Character Profile: An Edelvine student who wins an essay contest and prestigious scholarship. She claims to have seen the Edelvine Ghost. Bethany hides secrets about her academic achievements. 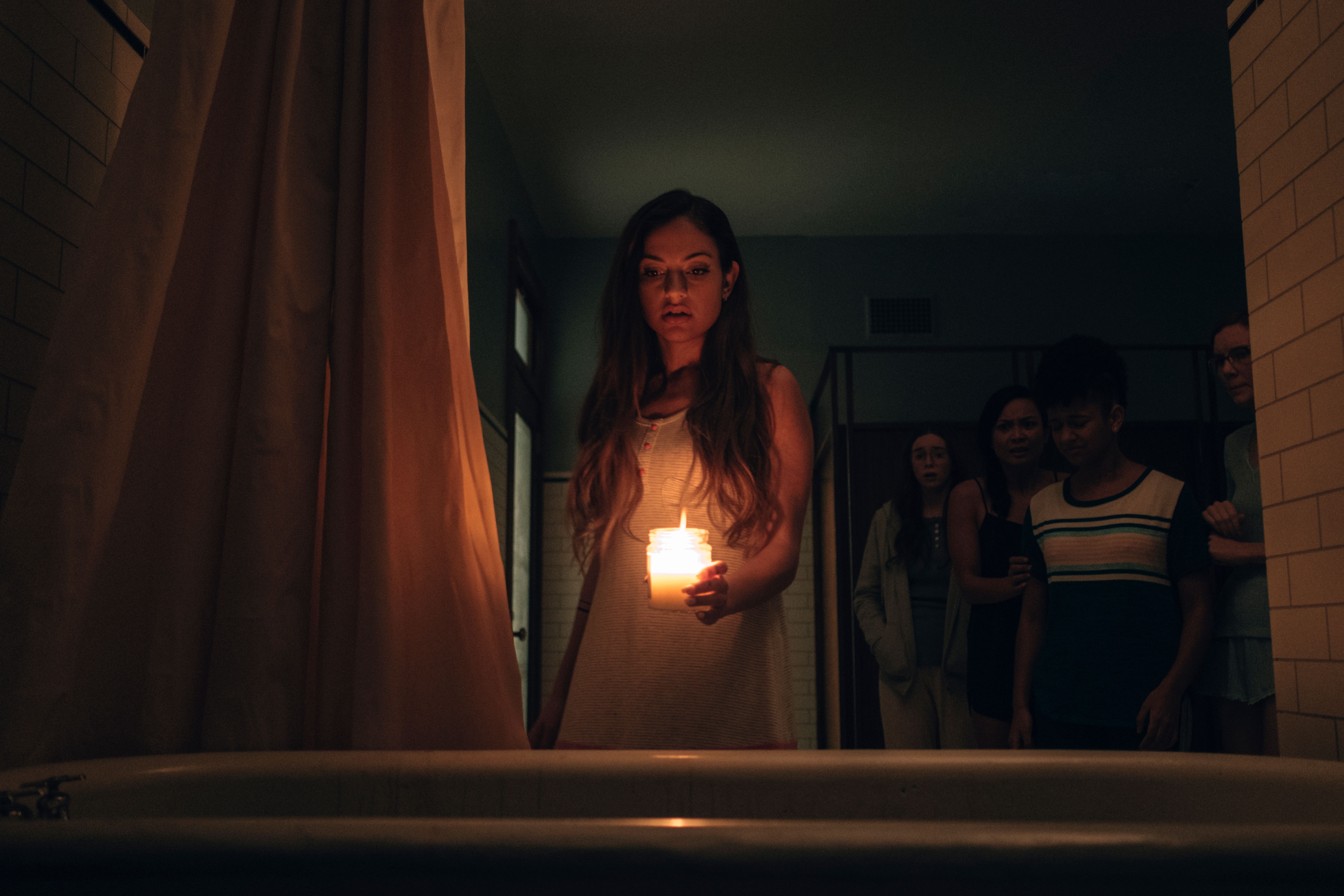 Character Profile: The archetypal Mean Girl at Edelvine. She leads the initial seance that precedes a classmate’s death. Alice bullies Camille but then teams up with her to investigate strange occurrences on campus.

Character Profile: An Edelvine student who befriends Camille. She is the least aggressive individual of the main players. Helina forms romantic feelings for Camille and tries to understand her behavior. 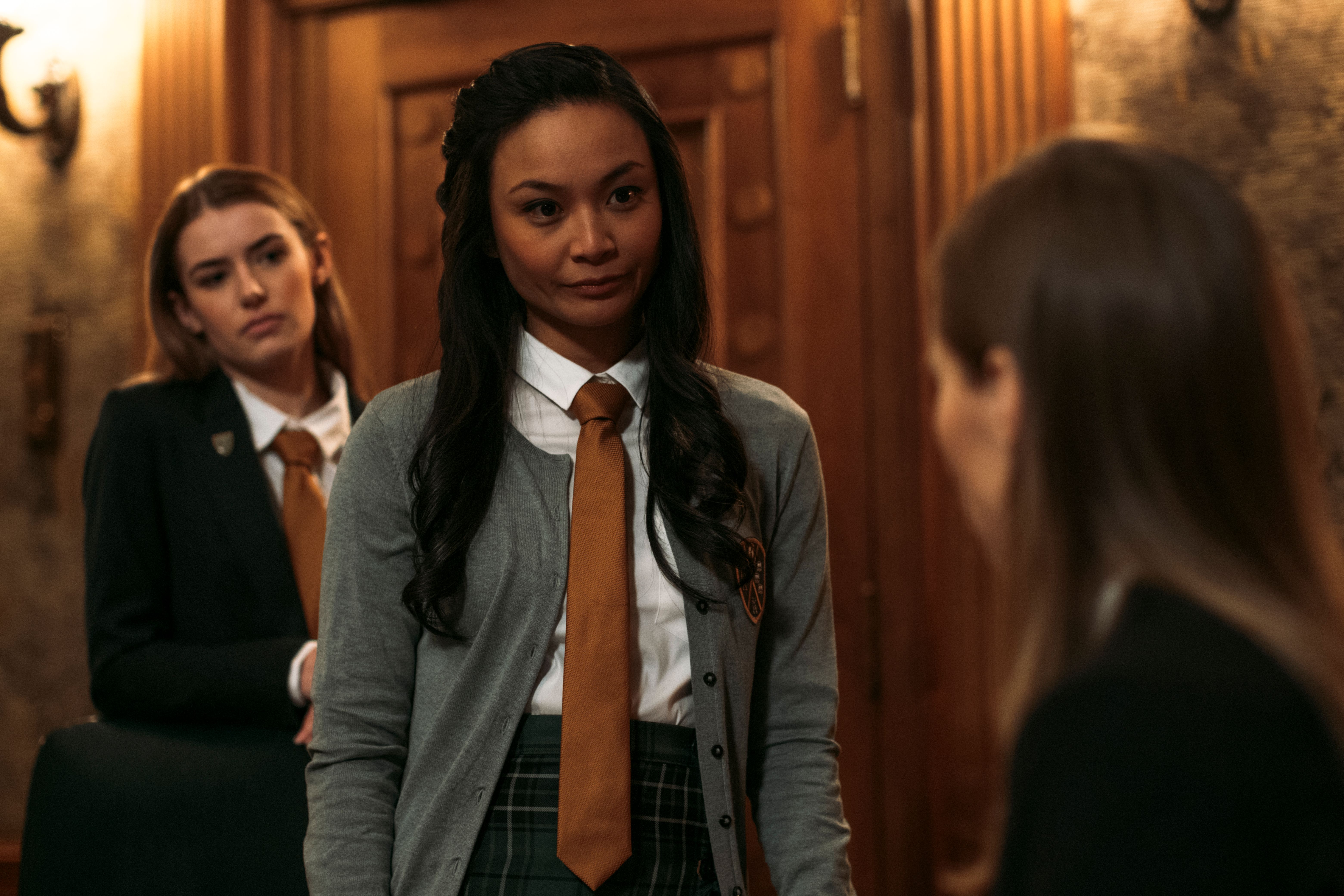 Character Profile: A dancer at Edelvine Academy. She has a Type A personality and discovers a blood cross in Lenora’s bed. Yvonne finds trouble during a dance rehearsal.

Character Profile: An Edelvine student who breaks the rules by taking a late-night shower. She gets attacked during a bathroom sequence.

Character Profile: An Edelvine student who meets guys online. She spots a masked individual behind her in a selfie photo. Lenora gets attacked during an exterior sequence.

Character Profile: The son of the headmistress. He assists Camille when she moves in. Trevor has a long history with one of the main female characters.