VVoices: What Is Auteur Theory? 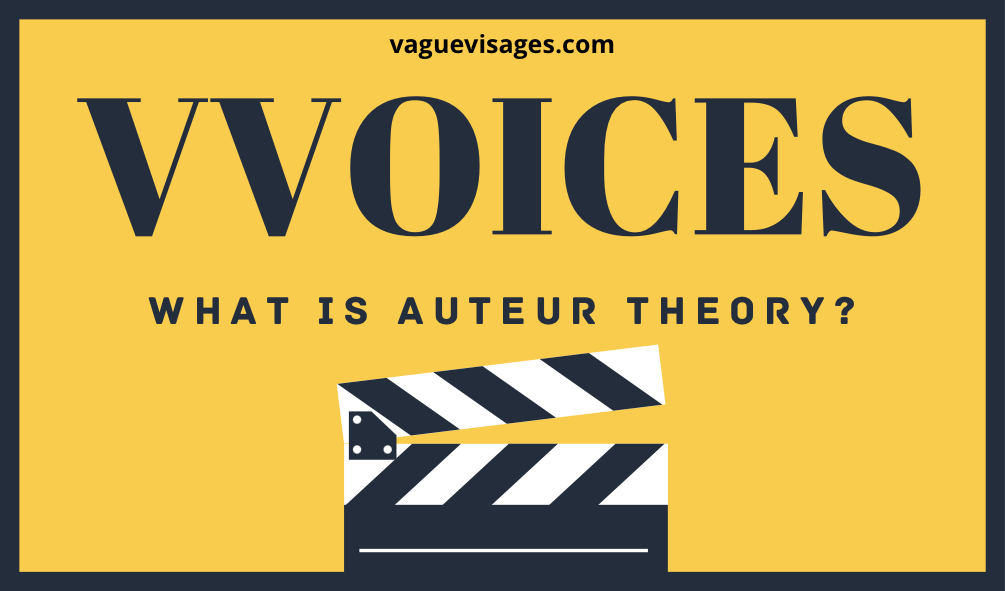 The concept of “auteur theory” often divides cinephiles on social media, so what does it actually mean? In the first Vague Visages’ VVoices survey, various film critics offer their interpretation of the term, and how it applies to modern cinema. Please e-mail qvh@vaguevisages.com if you’d like to contribute in the future.

The idea that one person is the essential author of the film, the way they would be for a written story, or a symphony, is how I understand what auteur theory means. A film is nearly always the product of collaboration between many different people, but the driving force whose unmistakable stamp is felt in the finished product is the auteur. When a director adapts their own screenplay and leans into their own perspective to fill the movie with all their neuroses, obsessions and stylistic quirks — and does this many films over — suddenly you have a body of work. The auteur may not realize this at the time, but critics and film historians have the privilege to review a filmography and retroactively declare a filmmaker an auteur based on the recurring motifs in their films. My belief is that a filmmaker’s style is not the product of their strengths but rather their limitations. Not what did they achieve, but what did they settle for? Put simply, when a filmmaker delves into their bag of tricks too often, they start to repeat themselves. The neuroses, obsessions and stylistic quirks that fall short of the mark or do not break new cinematic ground for the filmmaker represent their arrival at their own mature style, which fully shows their authorship.

The philosophy that films are designed under a sole author has often been a contended one; the many stages of filmmaking, and the many more hands that help make it work, seem to discredit the concept of one, singular artistic vision. Though one can’t help but consider filmmakers like Margaret Tait or John Smith or Scott Barley or Patrick Keiller, those that perhaps work on the fringes of the industry and to whom collaboration is few and far between. For these, their work relies on a singular artistic approach, working alone and across all stages of production, experimenting with different ways of constructing a film largely due to limited access to resources (Barley is a key example of a filmmaker who openly refuses to work with others in order for his films to fully work). Smaller budgets are inextricable from experimental cinema and often force filmmakers to make a lot with very little, carving out a unique style that best navigates the drawbacks of working with few resources. These filmmakers often work by slowly accumulating footage over a spanned period of time and their voices may even be heard within the film (either as actors or as non-fiction voice overs). They use themselves, family members or depict their immediate surroundings as specific people and places start to become recurring motifs throughout their work. A recurring film style might come out of the necessity to make films efficiently and cheaply, then. It is via these very means that makes these types of filmmakers stand out from their mainstream contemporaries, and one wonders whether the auteur theory deserves a rightful place in film thinking, engaging its ideas of authorship and recurring themes or styles on a much smaller scale to consider filmmakers that work more akin to a lonely painter or desktop writer. For the auteur theory to properly work, the idea of a singular artistic vision, where the filmmaker has a hand in every stage of production, needs to be taken much more literally. Here, the artist filmmakers, that are so often disregarded by the mainstream, perhaps hold the mantle for the auteur theory to remain a strong concept in film criticism. The auteur is a single cinematic voice, but this can’t be applicable to everybody and we must look deeper.

The idea of “auteur theory” has mutated over the years to mean something entirely separate from its actual definition. In a similar way to how the label “visionary director” is placed on seemingly any man who’s ever made a movie, the idea of being an auteur, which was previously reserved for greats like Alfred Hitchcock, is now gifted upon someone like Christopher Nolan. To say nothing about Nolan’s impressive résumé, or his demonstrable talents as a filmmaker, suggesting he’s the sole person responsible for bringing something like Tenet to the screen is laughable — for one thing, the thrilling score by Ludwig Göransson is about the only element that truly works in the movie. Auteur theory nowadays is relegated to describing the work of so-called male geniuses. Something like Booksmart or Lady Bird isn’t going to be judged as the work of an auteur, even though those movies would not exist without Olivia Wilde and Greta Gerwig, respectively. Filmmaking is a collaborative medium, which is part of what makes sitting down to watch movies such a wonderful communal experience. Auteur theory disregards the work of whole teams of people. Nowadays, we know it wasn’t just Hitch who made his movies what they were, so why are we pretending the same isn’t true of Nolan, et al? 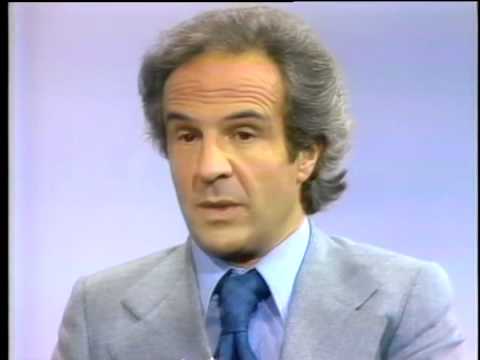 In my opinion, “auteur theory” is a process that enables a film director to have complete “creative control” over the film from the scripting stage to the last phase of post-production. In short — not making an iota of compromise in sustaining his/her creative voice throughout the procedure of making the film. But is it practically possible? Won’t the producers or the studios be a major deterrent in the way? I cannot say what happens in other parts of the world, but in India, we have an example. It is Rima Das. She has, written, directed, filmed, edited and — most importantly — produced her last two feature films, Village Rockstars (2017) and Bulbul Can Sing (2018). As a result, she had complete creative control over the films, and her unwavering voice is visible in each and every frame of her artistic expression. I consider this to be a brave attempt in terms of “fiction filmmaking” in India because no other contemporary directors active within the country have single-handedly taken control of so many departments of filmmaking. It is also worth mentioning that the two above mentioned feature films fall under the category of art house and are devoid of any popular/mainstream actors or expensive production design. Das worked with non-professional actors and shot the films on location in rural parts of Assam, India. And such attributes truly make Das an auteur, one whose films have not only traveled widely in international film festivals but have also won multiple awards nationally.

As stated by Kent Jones, “We’d be nowhere without auteurism… the lovers of cinema didn’t just argue for its inclusion among the fine arts, but actually stood up, waved its flag and proclaimed its glory without shame.” While most of the discussion of cinema’s future has centered on the impact of streaming, I have had tangential musings about what will happen to the auteur’s role in the new cinematic universe as it unfolds. I say “new,” but in reality, it looks to me as if we are having a “Back to The Future” moment. As the studios aggressively chase various streaming models, it seems more and more like a return to the studio system business that died in the 50s and 60s. The select few studios that remain have a near-monopolistic lock on viable content and are switching to an exhibition system that seriously threatens the theater venues’ financial viability. The center of power is unmistakably shifting back to the studios, threatening the creative freedom of the auteur. Studio accountants presume that they have all the ingredients required for a profitable release: bankable franchise, formulaic plots, production infrastructure and a captive audience. Artsy types cause trouble and cost money. No matter how complete, no financial checklist can account for the auteur’s clear, coherent and creative eye. As this industry’s new business model develops, it will be enlightening to watch what becomes of the auteur directors. They may be the proverbial canaries in the coal mine.

It is dangerous when we begin to ascribe authorship in the wrong places — Barry Jenkins didn’t write the score to If Beale Street Could Talk, and it probably wouldn’t be the same film without it, not as tactile or full of romantic yearning. And he didn’t come up with the story either — that was James Baldwin. And who could forget the depth and hue of James Laxton’s cinematography, or how Regina King carries the film in that Cuba sequence. But ultimately, it’s Jenkins’ film. He’s the poet who pulls all of those elements together, using other artists as his art. Film is a way of seeing through the eyes of others, and the director is a useful set of eyes to believe in. I don’t have a take on auteur theory, but it’s been the way that we look at movies since at least 1916, and I don’t see anything vulgar about that.

I view auteur theory as a collective presentation, a la “[Director] Presents.” Online, there’s a tendency for people to argue about “ownership,” which seems to stray from the concept that directors guide productions, like a conductor leads an orchestra, or how a quarterback controls an offense. Of course, filmmaking is a collaborative effort; of course, the director isn’t more important than the screenwriter, performers, etc. The most unique auteur directors will perform inception on moviegoers with just their names alone — they’ll plant images and ideas within the subconscious, and their trusted colleagues will mostly understand the intent during all phases of production (see Martin Scorsese’s career-long partnership with editor Thelma Schoonmaker).

For Vague Visages film reviews, I always include the director’s name in titles not because I believe they “own” the production, but rather because they are the captains of the ship. I’m less interested in labeling filmmakers as “auteurs” and more curious about how directors make me feel, especially when I’m familiar with their complete filmography. As Robert Bresson once said, “I’d rather feel a film before understanding it.” 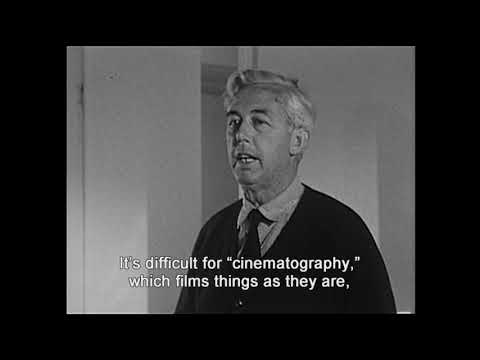