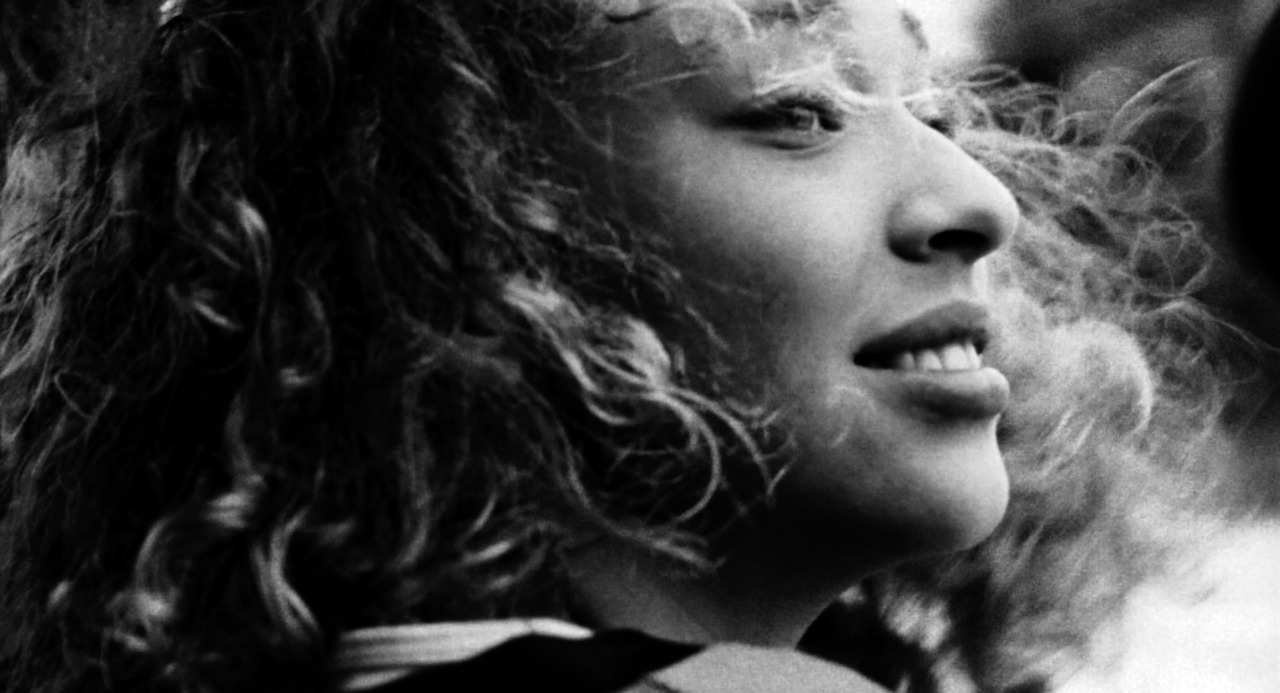 As with Alexandre Rockwell’s 2013 film Little Feet, his latest feature, Sweet Thing, is a family affair. Starring wife Karyn Parsons and the couple’s two children, Nico and Lana Rockwell, this defiantly indie film attempts to capture a child’s eye view of poverty. With a small crew made up of Rockwell’s students from NYU’s Tisch School of the Arts, Sweet Thing is a melange of meaning and stylistic impulses that has plenty of fun with its vibrant and gently poetic style, but doesn’t land any of its more serious points.

Eleven-year-old Nico and 15-year-old Billie (named for Billie Holliday, who appears in fantasy sequences like Humphrey Bogart in Play it Again Sam or Eric Cantona in Looking for Eric) open the film playing in a junkyard like Killer of Sheep. It’s Christmas Eve in New Bedford, Massachusetts, and as the siblings go home to a nice but cripplingly drunk father, Adam (Will Patton), it’s clear that there won’t be many presents under the tree. There won’t even be a tree. This first section plays out much like filmed theatre, with several long closeups and John Cassavetes-lite play-acting. 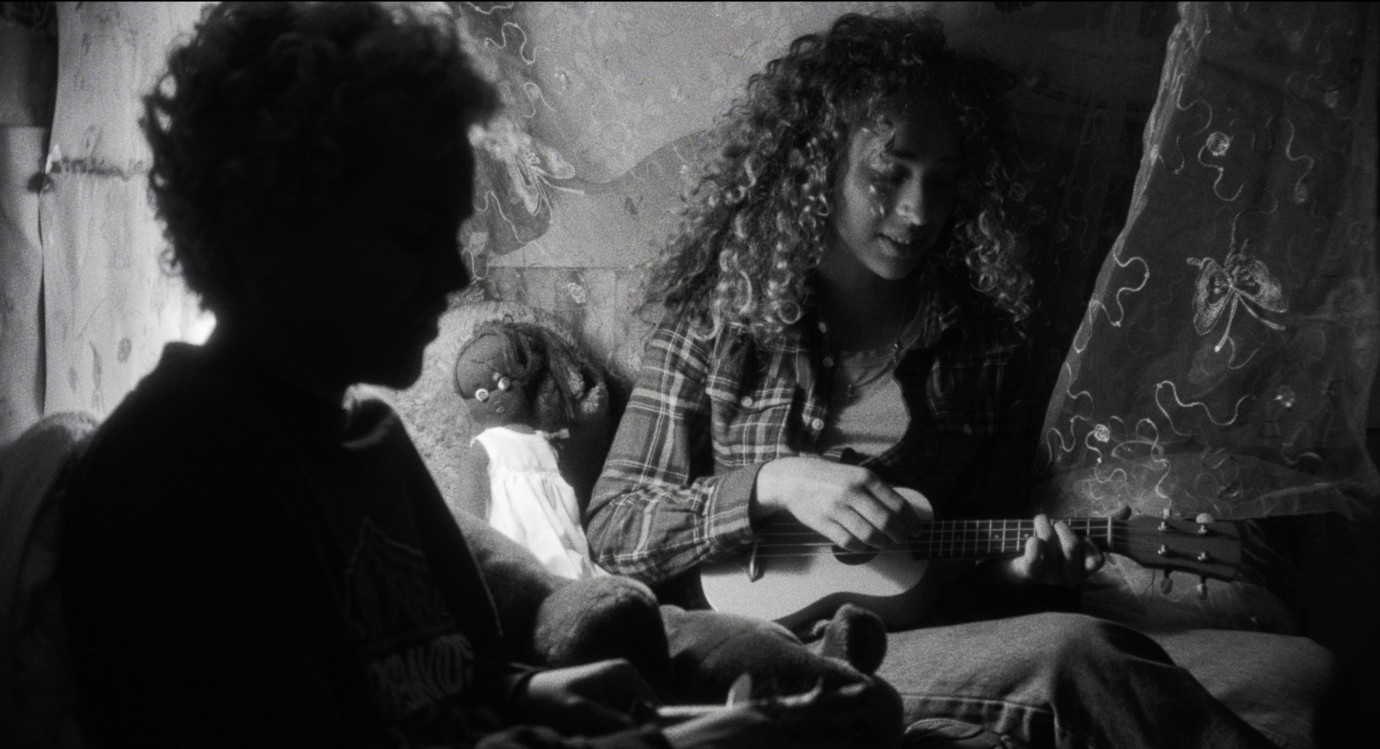 Rockwell stops proceedings from feeling too dour by interrupting the festivities with quirky side characters, like a girl from school who chases Nico around and insists that she’s his girlfriend for life). In addition, montages which flick between black and white and color — filled with dancing and food — locate Sweet Thing in this magical realist dreamscape: childhood as memory, poverty as irrelevant. This chapter culminates in the bafflingly histrionic, with Billie having her hair chopped off by her blackout father. It’s a choice that doesn’t seem to come from anywhere, with the only motivation seemingly being “well, he’s a drunk, and that’s what they do” — a reductively simplistic evaluation of the issue. The film’s subjective teenage perspective may explain this, but Rockwell does little to suggest a life outside of what happens directly onscreen.

In the most discomforting part of Sweet Thing, the kids are sent to stay with their abusive Mom Eve (Parsons) and step-dad Beaux (M.L. Josepher) while Adam is in rehab. The stripper/pimp dynamic takes lurches into abuse which are rendered with an amateurishness that comes across as inauthentic. Beaux, who dresses and acts like an 80s wrestler, is cartoonishly domineering and machiavellian in his scheming to control all of the family. The most convincing scene comes when Billie tries to tell Eve what’s happening, only to be aggressively put down by her mom, clearly desperate to keep a hold of the “good thing” she has going on. In this scene, Rockwell displays how generational abuse can be born out of desperate necessity to keep going, and to make something of yourself. 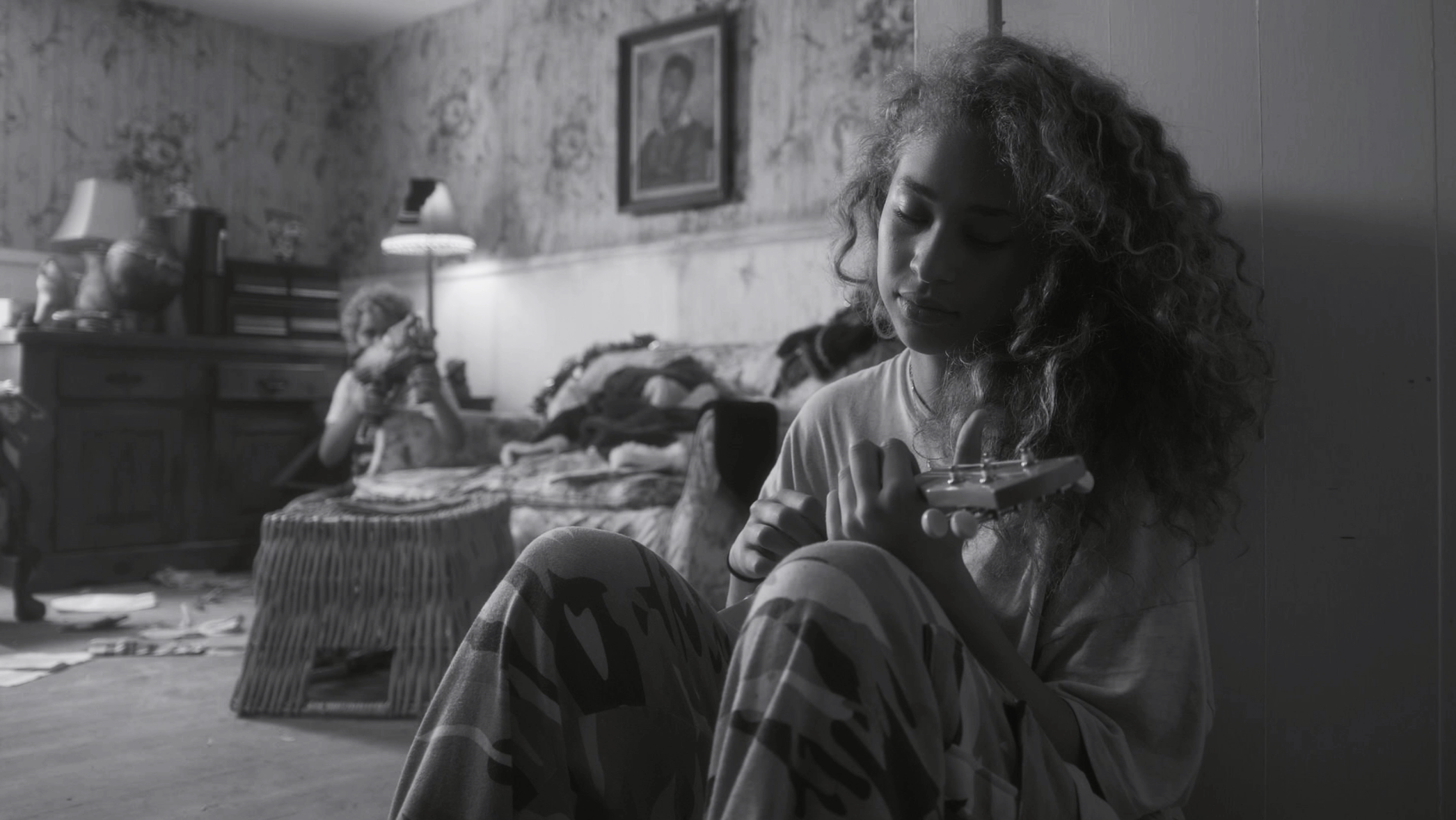 Even this psychodrama is just one sojourn that the film takes — soon, the kids are on the lamb, accompanied by another charming teenager in the form of Jabari Watkins. At last free of authoritarian grown-ups, the kids retreat fully into the kind of neverland depicted in Behn Zeitlin’s mawkish Beasts of the Southern Wild. Watkins is a cute screen presence, but one that turns up too late in the film to make an impact. These thematically disjointed twists and turns crystalize the “throw it at the wall and see what sticks” attitude of the whole film. But each aesthetic choice is loaded with political associations that Rockwell doesn’t stop to consider. The music re-appropriates Badlands (during the on-the-run sequence), and actually has the stones to use Brian Eno’s “An Ending” (definitively used in Traffic) at a tragically violent emotional climax. The characters’ Black identity lingers around the frame without comment before making a troubling association with Trayvon Martin, which is then undercut by a happy-go-lucky epilogue designed for maximum fun.

This lack of efficacy extends to the use of black and white 16mm film. The modern world doesn’t look like grainy 16mm, so — in shooting dilapidated houses and homeless men drinking bottles of whiskey — Sweet Thing signals to New Hollywood for no real reason. The story of a poverty stricken family is up to the minute, essential in 2020 America. And yet Rockwell looks to the past, papering over the cracks in scenes that are clearly shot on an iPhone and then processed to look like film. It is so blasé as to use poverty as an aesthetic choice as much as film stock. 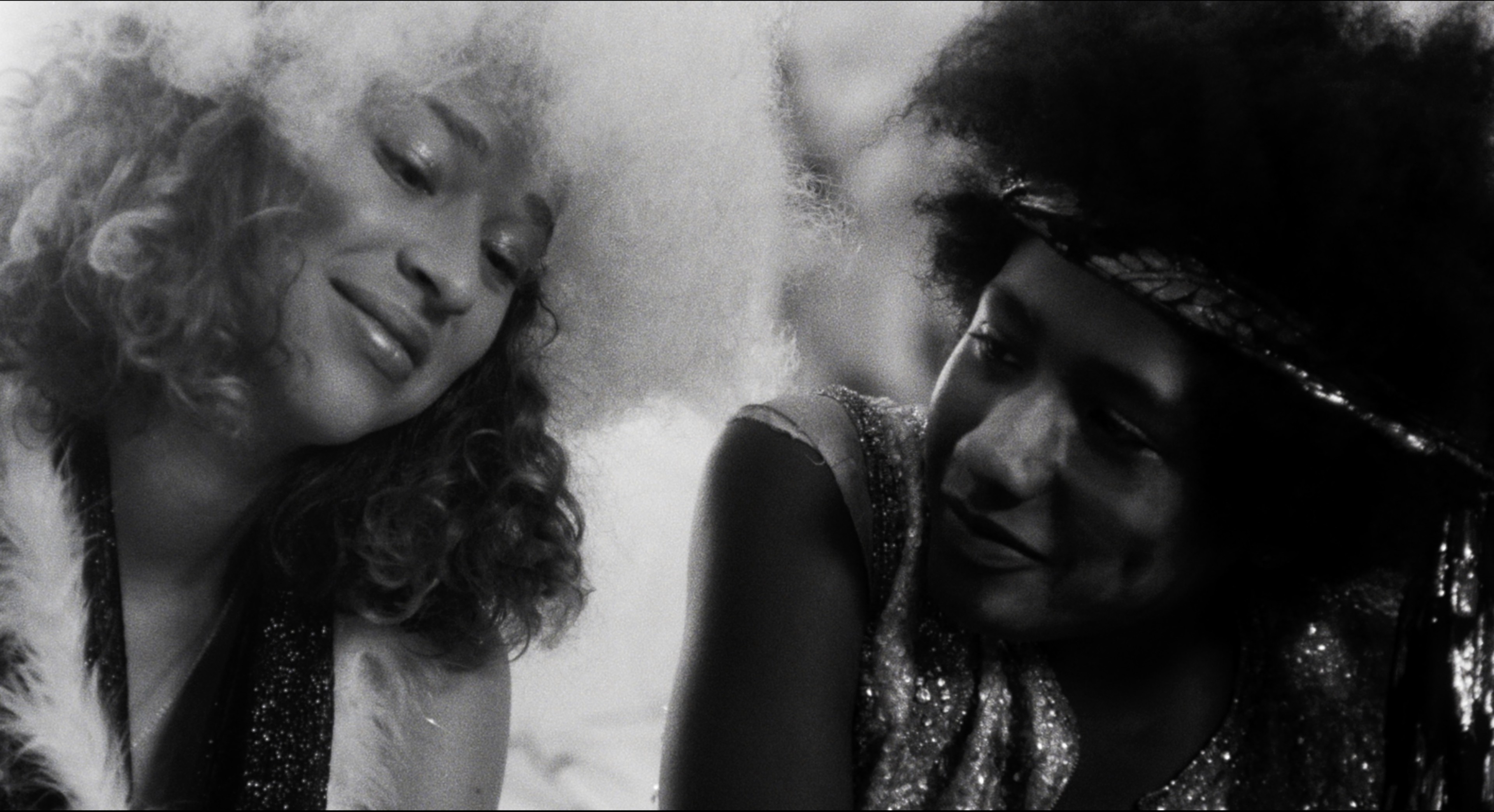 The entire mode of production, being essentially a glorified student film, does mean that there is a certain amount of filmmaking freedom which is admirable, and possibly only found in productions like this which don’t have ambitions much further than the festival sphere. Sweet Thing is creatively shot and bursting with energy, but Rockwell’s biggest ambition is seemingly to replicate a bunch of ideas from other films, to put visuals to his favorite songs and to showcase his talented family. This does have a certain charm, and it’s hard to imagine many other families have home videos that look like this, but that youthful vigor doesn’t make up for such an ill-nuanced and naive look at American race and poverty.