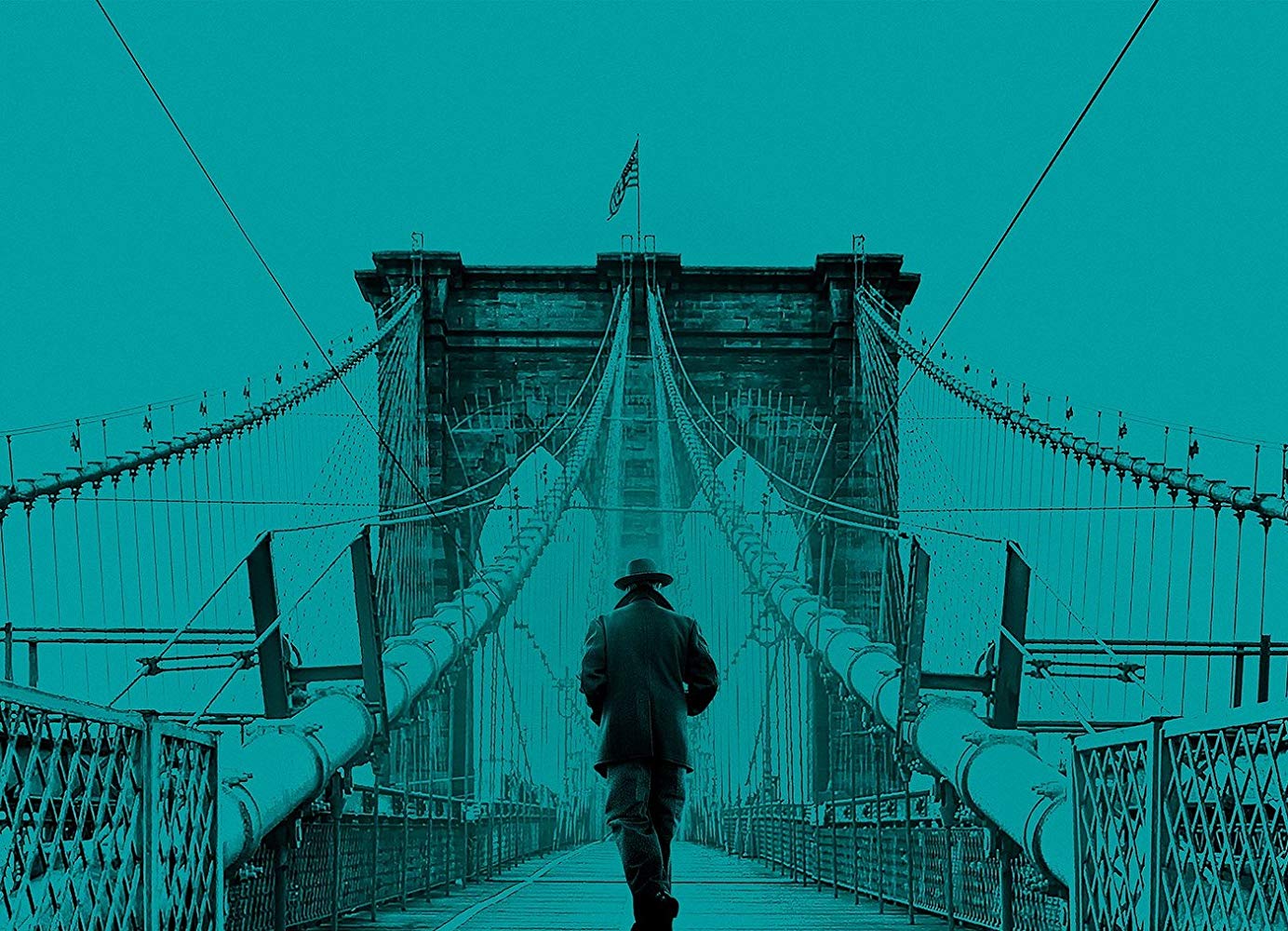 The film noir genre is inextricably linked with the urban landscape, evoking images of shadowy back alleys, dirty sidewalks and smokey dive bars. Many noir stories of the genre’s golden period (from about 1944 to 1960) involved postwar fallout and a search for a new America’s identity, and when the genre moved on to a postmodern/retro period, many noirs were set in the 40s and 50s while still commenting on the present day. The birth and development of a major city (with an emphasis on the corruption seeded into its roots) is a common noir trope, featured in everything from Chinatown (1974) to Who Framed Roger Rabbit (1988) to HBO’s True Detective season two. With those works of post-Golden Age noir being about Los Angeles, New York City has had relatively fewer noir stories about its own shady past, and it’s for that reason that Edward Norton’s Motherless Brooklyn feels like the East Coast’s long delayed answer to that aspect of the genre, delving into a fictionalized yet pointed account of NYC’s history with corrupt land barons while showcasing an ensemble of rich, sympathetic characters.

Norton writes, produces, directs and stars in Motherless Brooklyn, and his good instincts with the material are evident immediately upon seeing how he adapts Jonathan Lethem’s source material. The original novel, published and set in 1999, features gumshoe characters speaking in hard boiled 50s patter as they drive Priuses and the like. While a postmodern, self-aware version of the story might have worked (evidenced by Rian Johnson’s clever 2005 film Brick), Norton instead sets the story in 1957. The major beats are the same: Lionel Essrog (Norton) is a Tourette’s-afflicted member of a detective agency who is fiercely loyal to his boss, Frank Minna (Bruce Willis, doing both his streetwise and beatific mentor thing). When Minna is whacked by a group of shady characters, the obsessive-compulsive Lionel can’t help himself in pulling every hanging thread (one of the first shots of Lionel is him pulling the threads on his sweater — Norton the director is smart, but not subtle). He follows around a mysterious woman, Laura (Gugu Mbatha-Raw, a warm and welcome presence) who is tied somehow to NYC’s most preeminent urban developer, the megalomaniac Moses Randolph (Alec Baldwin), whose insistence on being linked with that other infamous NYC land baron lends a clever frisson to his character here). By setting the story in the late 50s, Norton is not only able to expand the film’s crime plot to involve the shadowy history that transformed New York into its modern self, but he also gets to play unabashedly in the genre’s classic sandbox of tone and visuals. 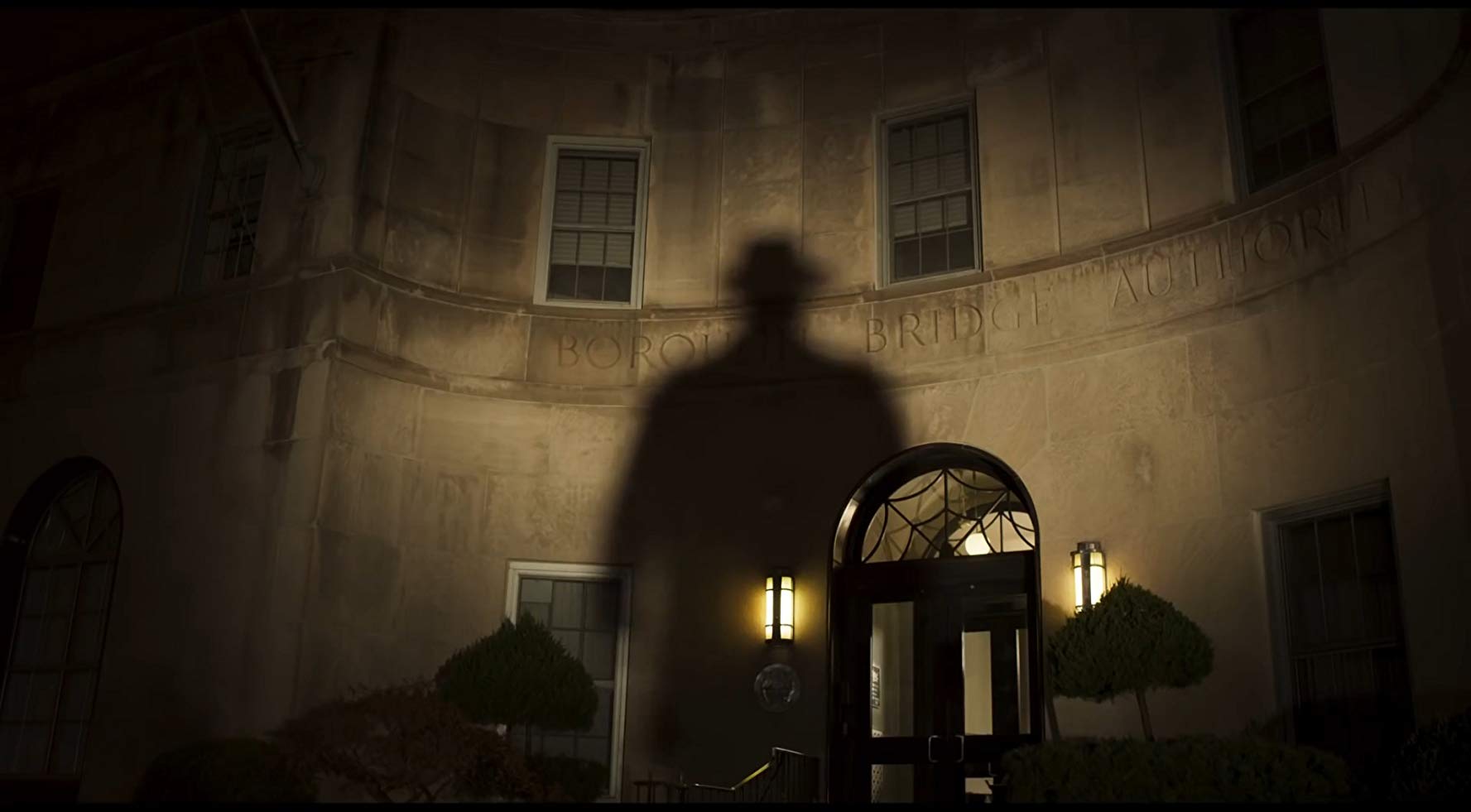 Norton’s excitement with the story and the genre is evident, and it extends to his Motherless Brooklyn collaborators. The filmmaker shows his actor-turned-director status in the way he delegates, letting cinematographer Dick Pope, costume designer Amy Roth, production designer Beth Mickle and the rest of the crew re-create period NYC in a way that looks fairly seamless for a modestly budgeted movie. The visual effects blend with the physical elements and Pope’s hazy, Lazslo Kovacs-like style to present a historical vision of the city that’s totally frank and not idealized. That honesty can be found in the cast’s performances, too, with everyone from the aforementioned leads to Willem Dafoe, Bobby Cannavale, Michael K. Williams and the rest creating a credible ensemble of characters. Norton could be accused of crafting Motherless Brooklyn as a way of giving himself a plum role, and the movie could’ve easily slipped into egotistical grandstanding. Yet to the actor’s credit, he lends his fellow performers ample space and consideration to craft their own characters and own the screen with a series of meaty monologues he’s written for them.

Motherless Brooklyn’s weakness comes not from what it is, but rather what it isn’t, as Norton seems to deliberately leave aside much of what audiences have come to expect from a noir film. There’s a lot of ominousness and threat hanging over Lionel and others in the story, but violence and action rarely occurs on screen. There’s a decent car chase and a fun rooftop escape sequence, but for the most part, Norton laser focuses on the characters and their dialogue with each other, which slows the pace down considerably. Motherless Brooklyn certainly paints its characters, most of all Lionel, as morally murky and conflicted, yet other than a murder or two the ethical depravity of the noir genre never really appears here. However, the lack of these elements better serve to support the nuanced drama that Norton clearly wants to make, and in that respect, he succeeds fantastically. Norton’s success is encapsulated in his performance as Lionel, a character who could’ve devolved into either a showy series of tics or a patronizing portrayal of mental illness as a super power. Instead, Lionel is always empathetic but never seen in a black or white fashion, a quality that extends to every character in the film, villainous or not. 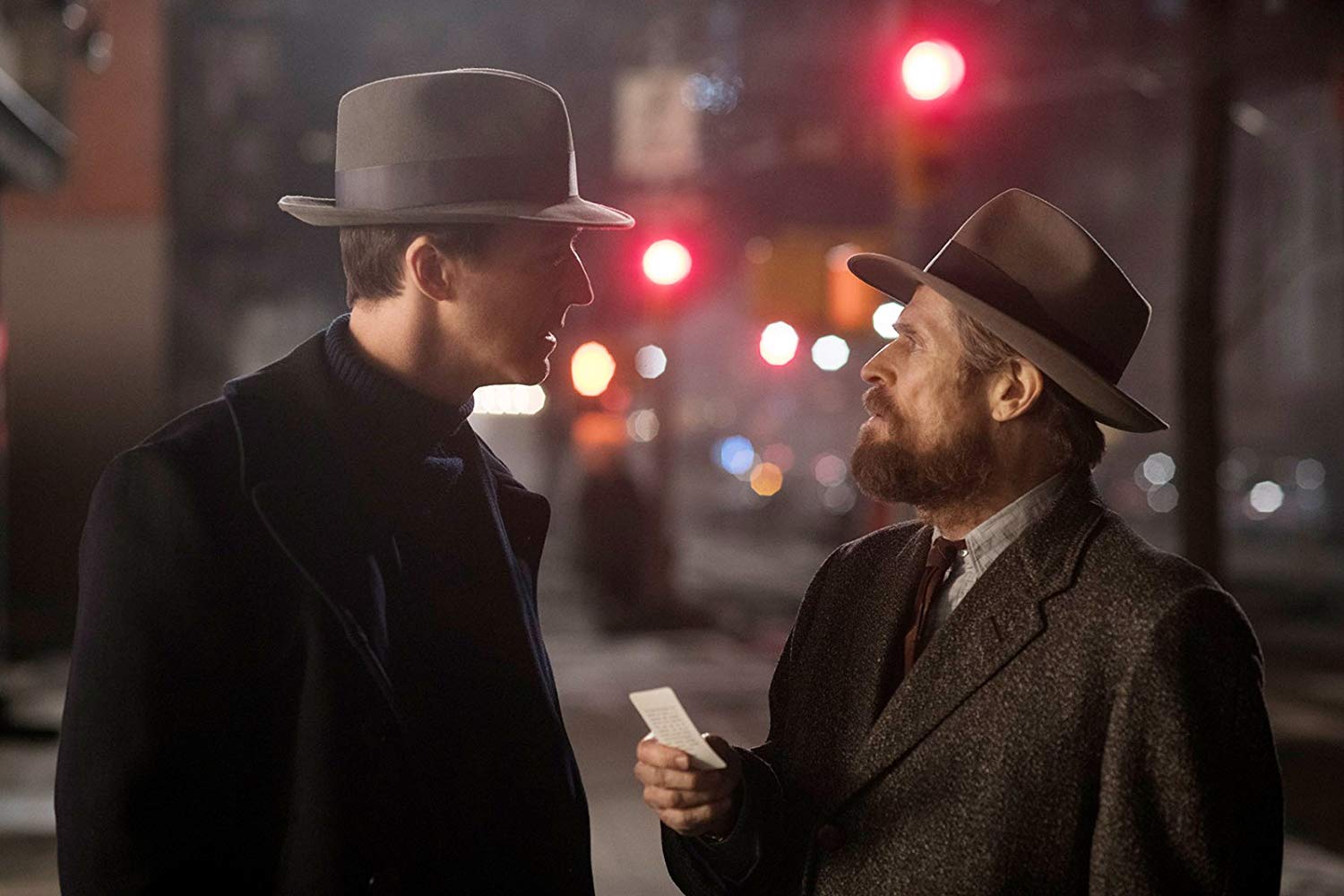 This quality gives Motherless Brooklyn a winsome, almost mournful feeling, as Norton bypasses all those basic genre elements to tell a story that acts as a bittersweet eulogy for the old New York City as well as an America that was quickly losing any semblance of innocence it had. The poetic subtext of the film is in the title, referring to Minna’s affectionate nickname for the orphaned Brooklyn native Lionel, and Lionel’s observation that he, Laura and even a city needs someone to look after them. Laura attempts to be a mother to her community of African-Americans and others displaced by the city’s rampant development, while Moses (based on real life mogul Robert Moses) is a perverse father figure, forcing the city into a future that will leave many behind. Lionel is a stand-in for the city’s wild, exuberant, anarchic spirit, scatting along to the jazz music that Laura introduces him to (which is played in part by Wynton Marsalis within Daniel Pemberton’s constantly searching score). Jazz is an apt companion to the movie, which takes a lot of frantic detours and jarring rhythmic changes before eventually finding its own groove. Motherless Brooklyn may not be a sterling example of traditional noir, but its subtext is gripping in its own way. The victim of this crime story isn’t a dead man or a damsel in distress, but the spirit of a city.