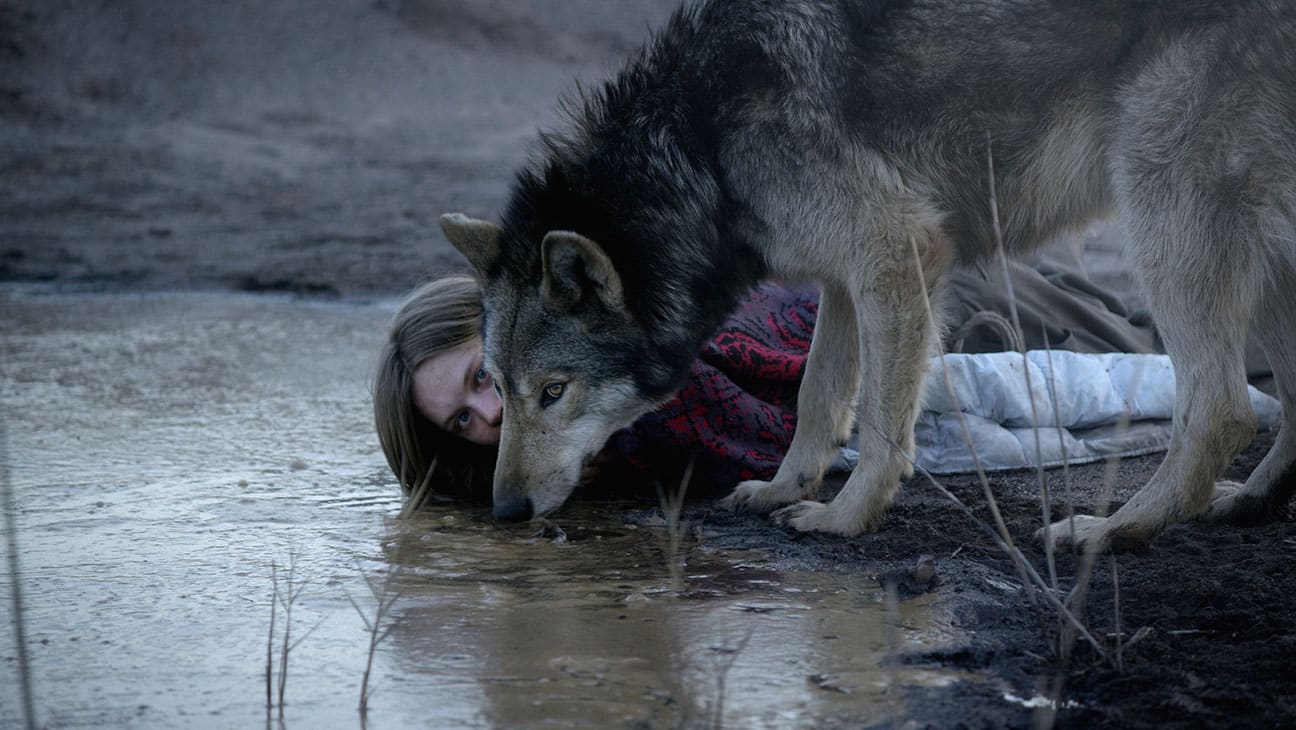 A staggering lead performance charges Wild, a German drama about a social outcast with feral tendencies. For an art house flick, the film’s on-the-nose symbolism and Lars von Trier-style provocations may feel off-putting to cinephiles who foresee the final destination. And, to be completely honest, Wild isn’t necessarily a film that I plan to watch again. Even so, the one-two punch of Lilith Stangenberg’s acting and Nicolette Krebitz’s edgy direction ensures that audiences won’t forget the experience.

Stangenberg stars as Ania, an IT specialist who lives alone and looks after her sick grandmother. Krebitz immediately establishes the protagonist as an unintentionally alluring yet emotionally distant woman who would rather shoegaze than flirt. Something’s not quite right with Ania, one might assume. She wanders through the woods and stares at a wolf — a formative experience in the character’s on-screen journey. As Ania grapples with her earthly realities, she tracks down her furry friend and channels its Big Predatorial Energy. Slowly but surely, Wild’s protagonist learns how take what she wants through a series of bizarre encounters that dare viewers to look away.

Wild Essay: Related — Soundtracks of Cinema: ‘The Power of the Dog’ 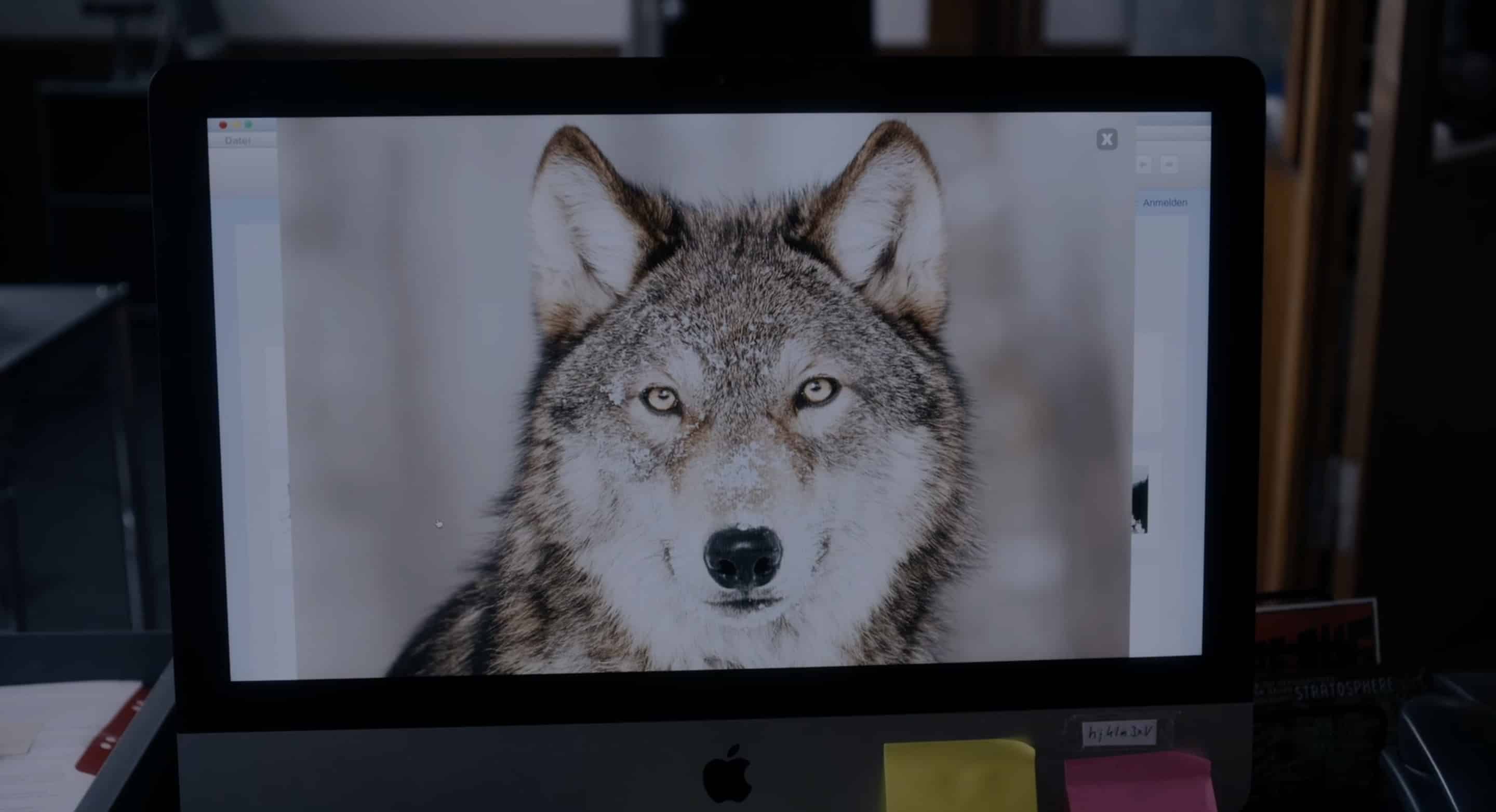 Wild features the most menacing (and somehow friendly) wolf that I’ve ever seen (see above). By the 10-minute mark, Krebitz flat-out informs viewers that Ania’s new obsession is perhaps a bit unhealthy. So, there are two easy ways to engage with the storytelling as the protagonist sports a red bandana early on and gives in to her desires. One can interpret the images literally to psychoanalyze Ania’s perceived sickness, or one can embrace the obvious symbolism and hope that Krebitz doesn’t feel the need to force-feed subtextual concepts. Unfortunately, Wild doesn’t fully trust the audience to connect the dots, in terms of how Ania sees herself, evidenced by several visuals that do indeed fit the story but feel like cheap ways to provoke viewers. Wild is indeed a cryptic film, one that benefits from restraint; however, Krebitz repeatedly shows her hand during key scenes. Personally, I prefer the hazy, Euphoria-style moments (see a solid music sequence at 01:00:00) to scenes that underline the coldness of Ania’s world, both literally and figuratively. 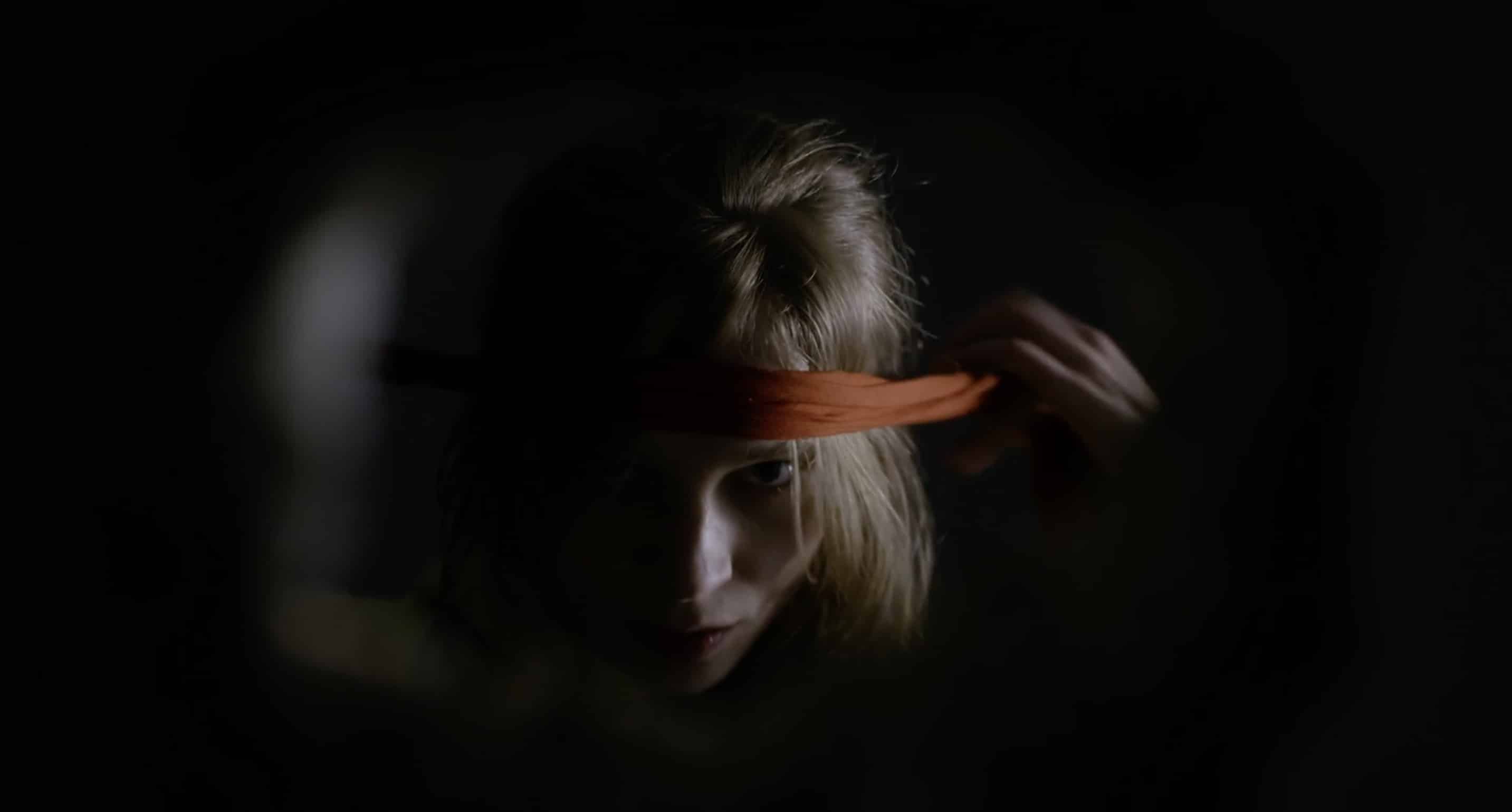 Stangenberg’s characterization of Ania makes up for Wild’s script issues. The actress is especially effective when shifting quickly between emotions, particularly when practicing her social polish. Krebitz sexualizes her protagonist but also implies that she could be a traditional villain in a different tale, with her eerie stares and the foul smells coming from her apartment unit. There’s a touch of Jeffrey Dahmer in the way Ania justifies some of her behavior, and in the way she fails to connect with fellow humans. Somewhere, though, a young outcast cinephile will connect with the film’s outsider elements. Meaning, Wild may ultimately endure as a cinematic gateway drug; a film that inspires younger viewers to seek out other directorial provocateurs like the aforementioned von Trier or Michael Haneke. At the very least, Wild is a strong showcase for Stangenberg, an actress who embodies a specific kind of sorrow.

Wild received an exclusive SVOD release in September 2022 at OVID.tv.

Wild Essay: Related — Soundtracks of Television: ‘Let the Right One In’