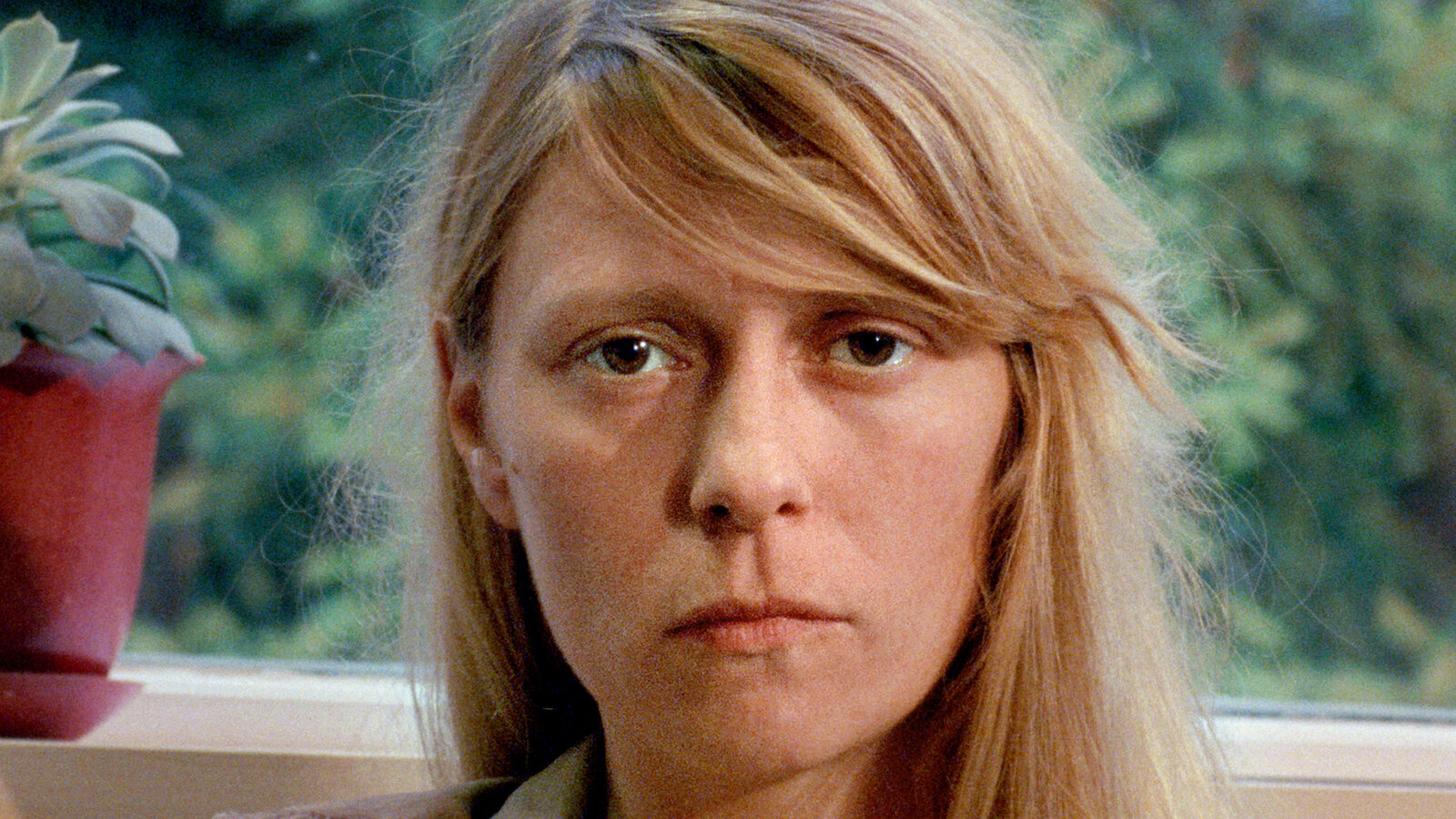 Some have called Slow Machine, Grasshopper Film’s newest American release, a return of the Mumblecore. This is because it concerns listless, self-absorbed twenty-somethings, takes place in and around Brooklyn and wears its low budget aesthetic on its sleeve. But Joe Denardo and Paul Felten’s film is a rather more appealing and mysterious proposition than that sub-genre description implies. For one thing, Slow Machine keeps the viewer guessing.

Stephanie (a vulnerable Stephanie Hayes) is a struggling actor. Constantly bouncing between auditions, she tries on various accents and improvises extended, rambling backstories about herself for anyone who will listen. Claiming to be terrified of “retribution” from her party-going, coked-up housemates, Stephanie absconds to the country, where she hopes to stay with the musician Eleanor Friedberger, playing herself. But Friedberger is recording an album, and their relationship is unclear; Eleanor seems not to want the meek Stephanie around, and the panopticon camera which slides left and right captures no ostensible threat back home. Only a flash of violence, in what the viewer must assume is Stephanie’s memory, hints at a secret in her recent past. 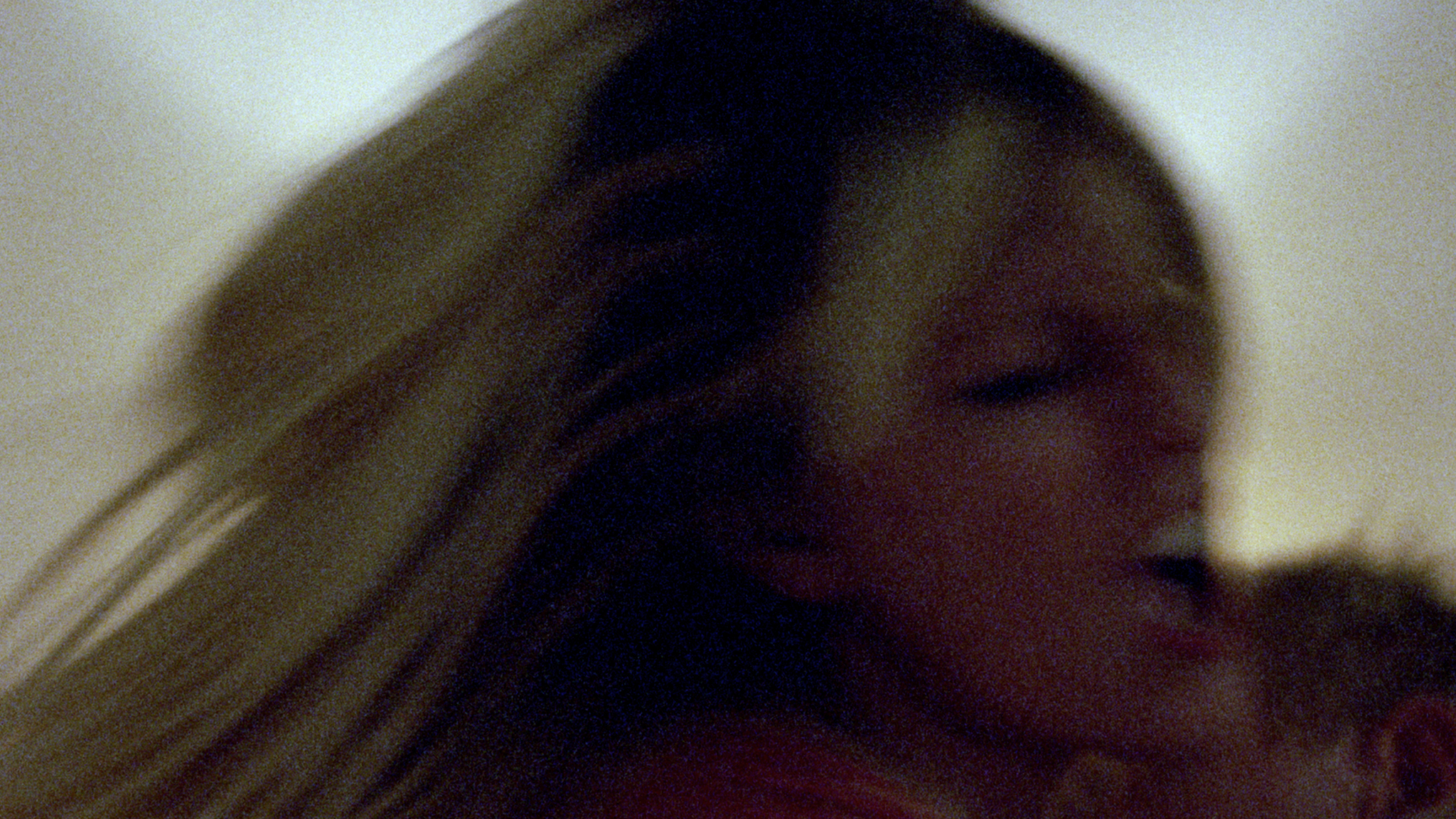 Slow Machine meanders at first through its 71 minutes, but picks up steam when Felten and Denardo flash back to some weeks earlier. After a night of alcoholic carnage, Stephanie awakens in the besuited Gerard’s (Scott Shepherd) apartment. He’s “in-law enforcement,” claiming to perform state-sanctioned killings. Though Gerard terrifies Stephanie, she can barely hide her attraction to him despite blatant come-ons and references to a wife who writes academic texts about pornography.

Felten and Denardo take viewers through Stephanie’s reminiscence via velvety film stock that flickers in flame light as she imagines herself naked and dancing. Her tense relationship with Gerard and sojourn to the country takes place over a few extended, non-linear scenes, given a strong emotional throughline by a teeth-chattering, industrial score that pulls disparate threads together. Each cut is slow, as though hand-placed, with unsteady performances that feel like they have been captured in rehearsal. Sometimes, they have. Gerard tracks Stephanie to an AA meeting, compelling her with foreknowledge: “Don’t ride a subway today… let me give you a lift.” Their mutual seduction takes place via a rehearsal, as she practices her Texas accent for an audition. Gerard, a Georgian, gives Stephanie pointers, with the ironic Mumblecore performance layers on top of theatricality creating something quite real. 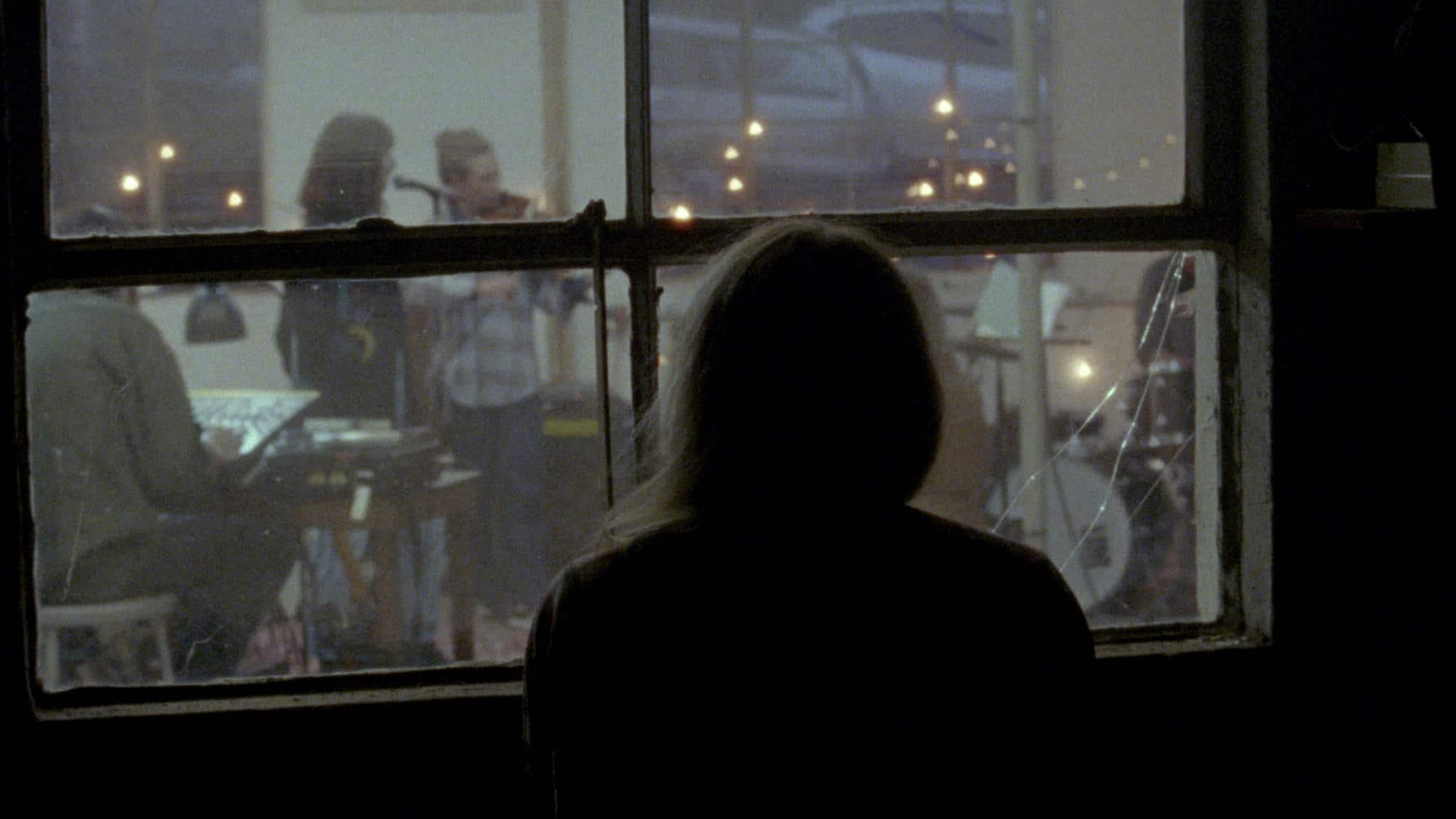 Hayes delivers an intriguing performance, but Stephanie is a difficult character to comprehend. Change and transformation motivate the viewer’s understanding of her: she switches accents and hairstyles, and even her feelings toward characters can change in a flash. Stephanie remains an outsider, which Felten and Denardo spell out by having her watch Friedberger’s band rehearsing through a window. Her voice, somewhere between a lisp and a posh Brit, is eventually confirmed to be Swedish. But even that doesn’t feel entirely satisfactory.

When Chloë Sevigny — either playing herself or certainly an actor named Chloë — shows up to chide Stephanie and espouse the incantatory power of the best screenplays, the skinny blonde resemblance of the casting is a clear sign not to take these characters literally. 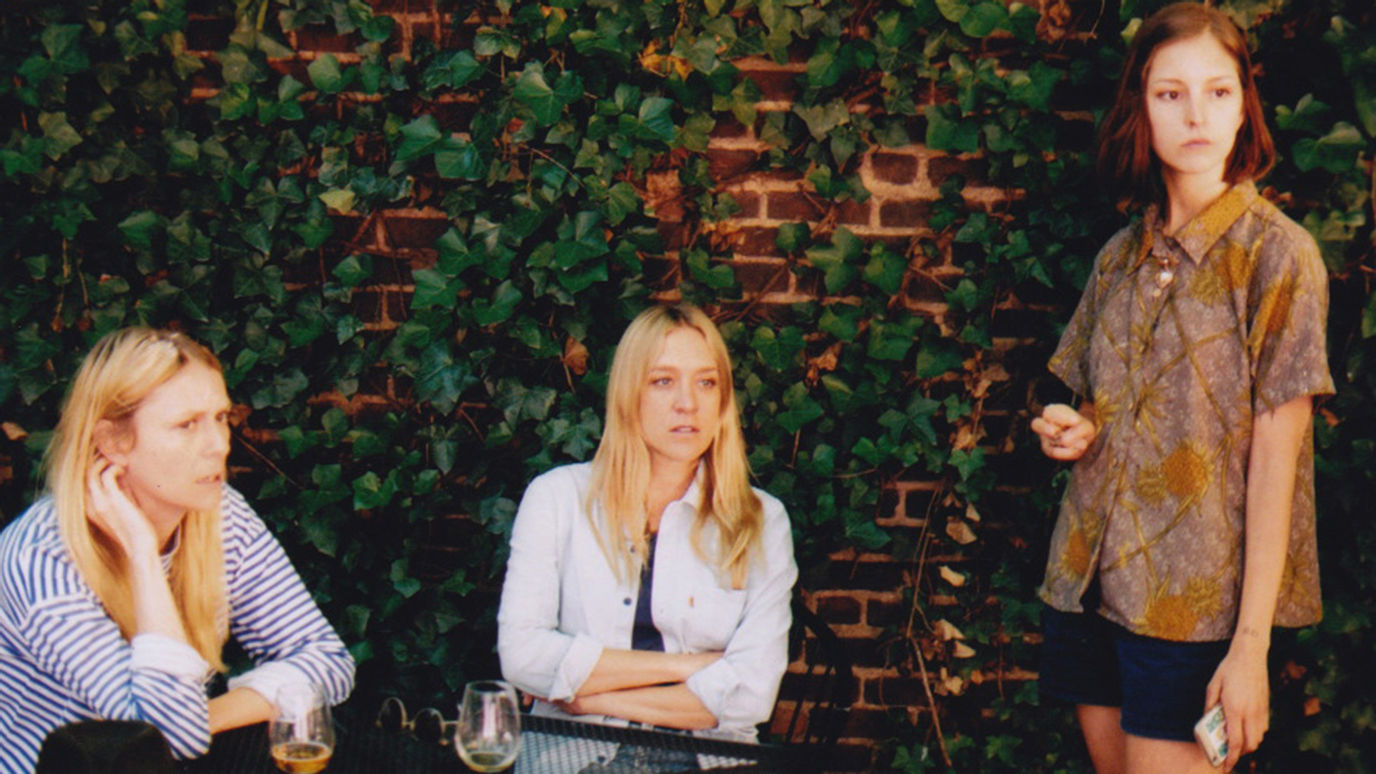 There is some sense of science fiction in Slow Machine’s mesh of nostalgia and dread. The band-harem that Stephanie stays at is barely fleshed out, other than in one long shot of them listening to a recording of their distinctly outmoded indie rock. She stares down the camera lens while the others look away, an image that will become the film’s most enduring. Stephanie attempts to integrate with the residents of the house, playing ball, but one band member immediately pounces while drunk. The constant air that sexual aggression drives artistry, investigation and even the nation itself pushes Slow Machine to feel like it’s grasping at some whispy ding that remains off-screen.

So, the Mumblecore whinging of a would-be actor in Brooklyn becomes politicized, and not only by Shepherd’s Fed, whose sinister charisma adds tension to the blank walls that drape and roughshod camerawork. The conspiratorial is everywhere in Slow Machine but doesn’t come into focus. This may be an homage to the improvisational conspiracy thriller games of Jaques Rivette, or just an acknowledgement that in our QAnon world, the fibre of conspiracy is everywhere, just waiting for us to get a sniff of it. Stuck in windowless rooms, Felten and Denardo box the audience in. The on-screen oxygen runs out, it seems, and the hallucination is just beginning.