Review: Mariem Pérez Riera’s ‘Rita Moreno: Just a Girl Who Decided to Go for It’ 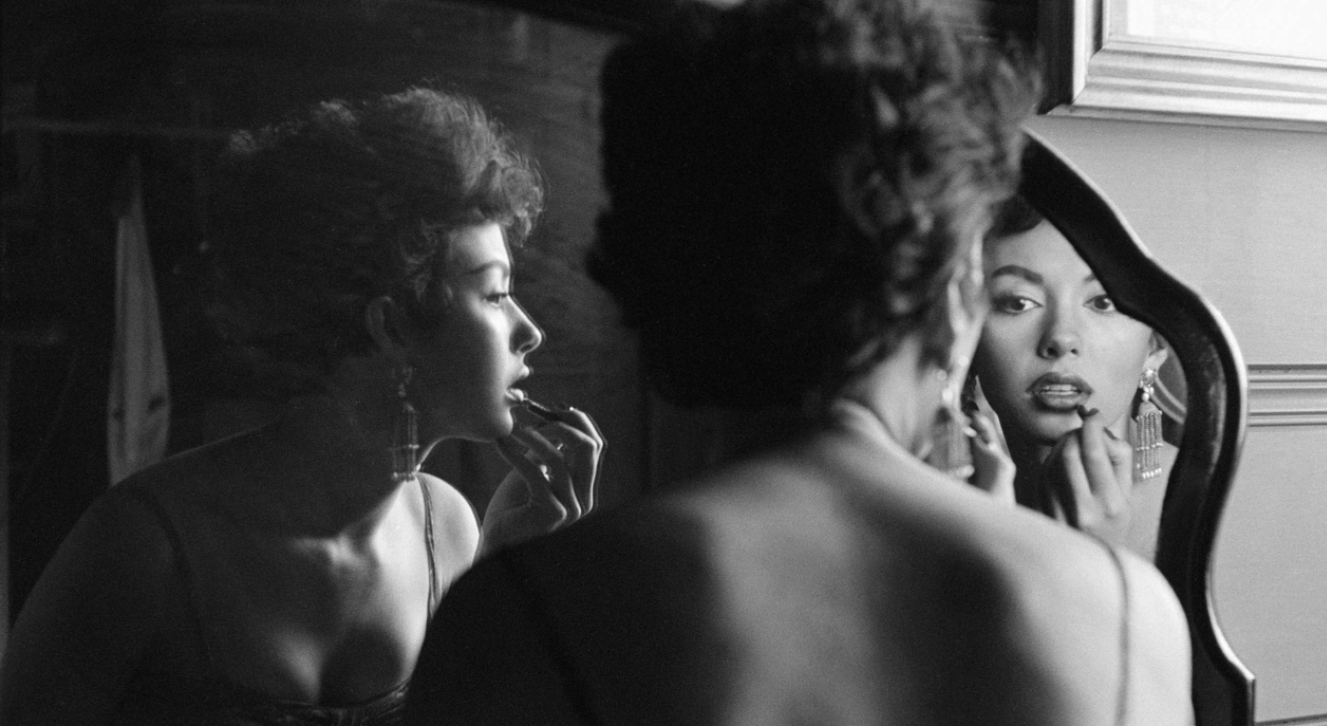 On the heels of criticism for defending Lin-Manuel Miranda and In the Heights against accusations of erasure and colorism, legendary stage and screen talent Rita Moreno made an apology of her own just this week. In part, her statement read “celebration for some is lament for others.” That sentiment also readily applies as one of the guiding themes of filmmaker Mariem Pérez Riera’s Rita Moreno: Just a Girl Who Decided to Go for It. Following a world premiere as part of the 2021 Sundance Film Festival, the documentary makes a stop in theaters before a broadcast date in the 35th season of American Masters on PBS.

Moreno, an indefatigable 89 years old, is a worthy subject for a full-length entertainment industry/performing artist biography. Joining similar retrospectives like Heidi Ewing and Rachel Grady’s Norman Lear: Just Another Version of You and Laurent Bouzereau’s Natalie Wood: What Remains Behind. Pérez Riera’s film draws from a seven-decade archive of material, new interviews and the presence and full participation of Moreno — outspoken, candid and direct, even if the veteran celebrity is always “on” when the cameras are around. 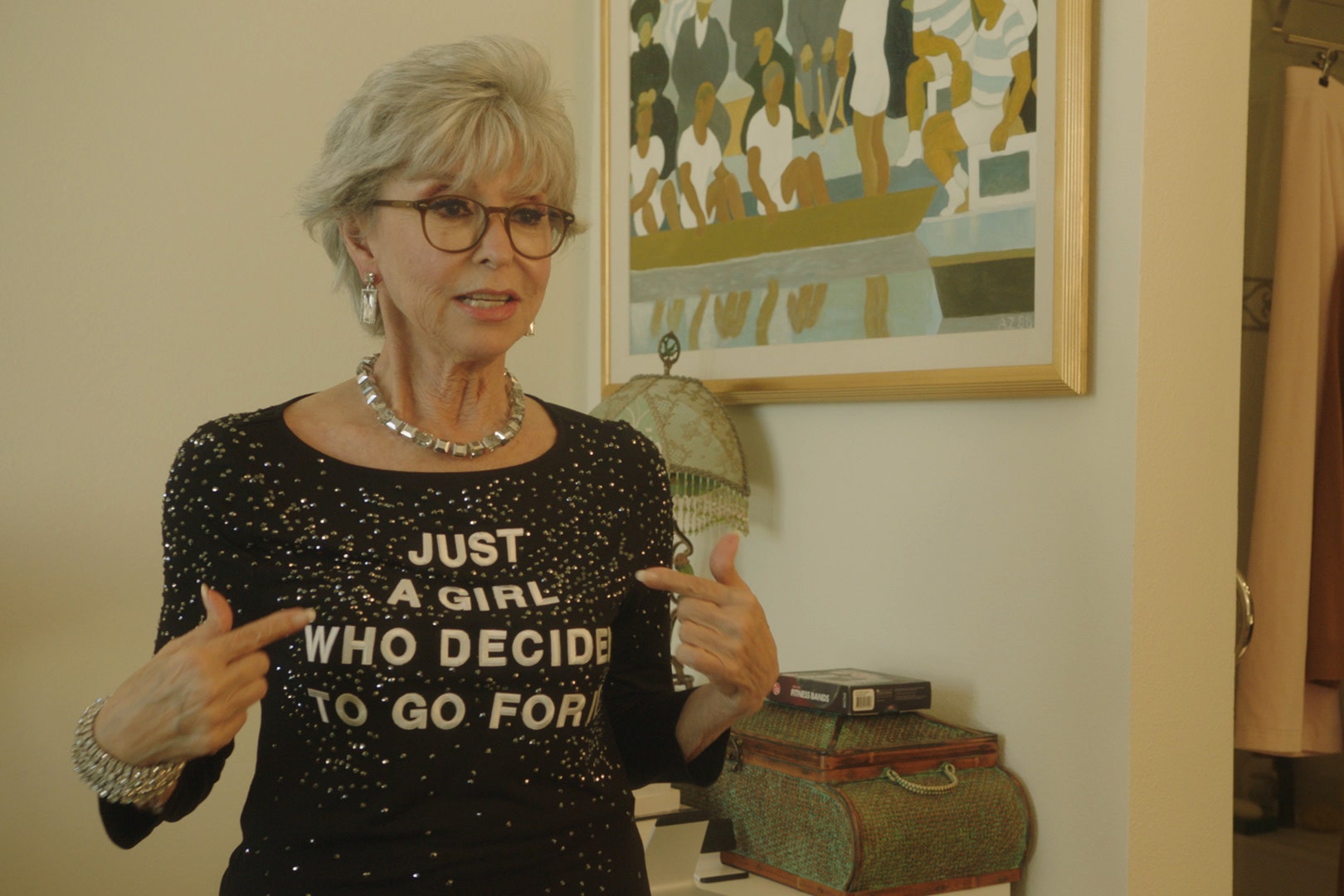 Longtime appreciators of Moreno already know that she is a member of the elite company who can claim status as an EGOT winner. Pérez Riera enlists fellow Emmy, Grammy, Oscar and Tony recipient Whoopi Goldberg as one of several on-camera interview subjects attesting to Moreno’s achievements, but the latter’s introspection communicates the wisdom of humility: she notes simply that Moreno just put in the work, grinding away in a tough business. Pérez Riera is acutely aware that her subject’s status as a Puerto Rican made that journey even more challenging — one of the film’s most eye-opening sections shows Moreno in thankless part after thankless part, like the “exotic” indigenous “island girl” of indeterminate accent in dated fare like “Pagan Love Song” and “Seven Cities of Gold.”

The objectification of Moreno would not be limited to the roles she played in the movies. Pérez Riera addresses the grim realities of a sexist and racist system controlled by white men accustomed to massive reserves of power and getting their way all the time. Moreno, whose early public devotion to civil rights and social activism indicated yet another arena in which she operated in the vanguard, doesn’t blink speaking truth to power. She calls out the disgusting behavior of people like Harry Cohn. She speaks about being raped by her own agent. She had an abortion after becoming pregnant by Marlon Brando. 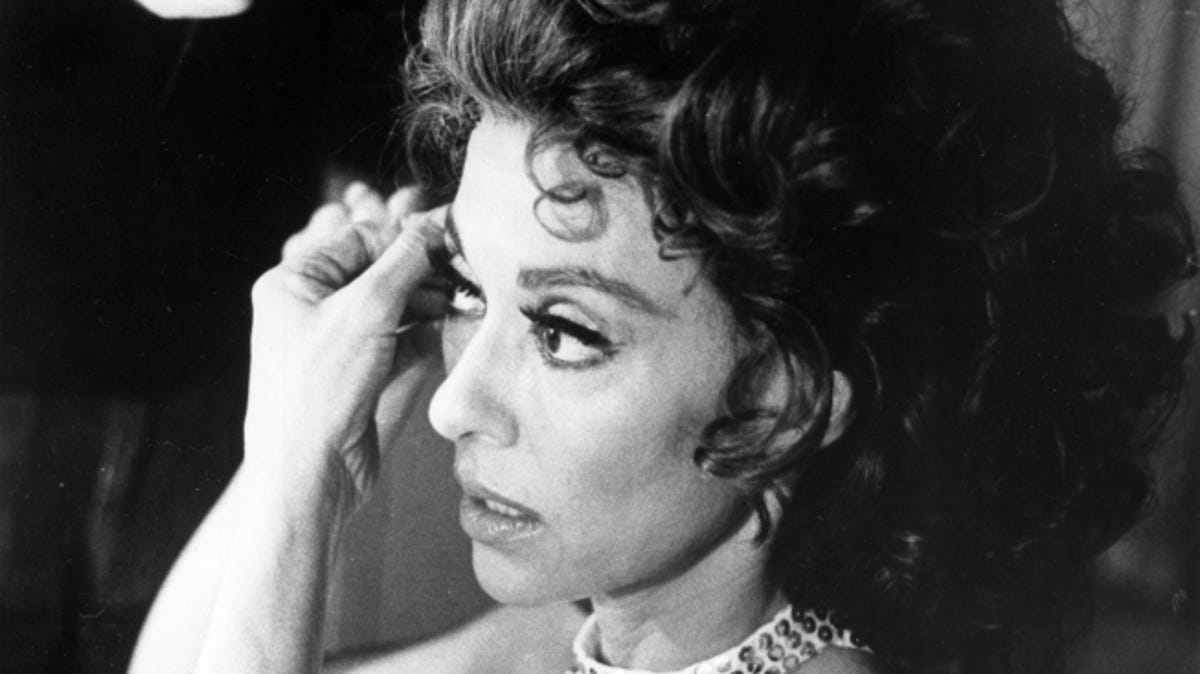 With the exception of Rita Hayworth, whose ethnicity was essentially hidden as her star persona was cultivated by studio handlers, Moreno had virtually no women of color as screen role models at the time she began working in Hollywood. Her unforgettable, Academy Award-winning performance as Anita in West Side Story marked a significant milestone, but high-profile offers did not follow. Moreno confirms that she received plenty of scripts involving street gangs and little else. Pérez Riera’s documentary effectively handles the complexity of West Side Story, confronting with eloquence the way a text can be simultaneously empowering and problematic.

With Rita Moreno: Just a Girl Who Decided to Go for It, Pérez Riera strikes the right balance of “then-and-now” throughout the fast-moving, 90-minute running time. In a career that covers Singin’ in the Rain to The Electric Company and The King and I to The Muppet Show and Oz, Moreno could be the subject of a multipart series (the way in which the subject digs into her tumultuous relationship with Brando is catnip; the anecdote she provides about a key scene in The Night of the Following Day, like all good stories, may leave the viewer wanting more). There is no question that popular media still has miles to go toward inclusiveness and representation, but thanks to Pérez Riera’s strong storytelling, we can appreciate Rita Moreno’s skill, determination and perseverance. She is a gift.

Tagged as: Documentary, Greg Carlson, Mariem Pérez Riera, Rita Moreno: Just a Girl Who Decided to Go for It