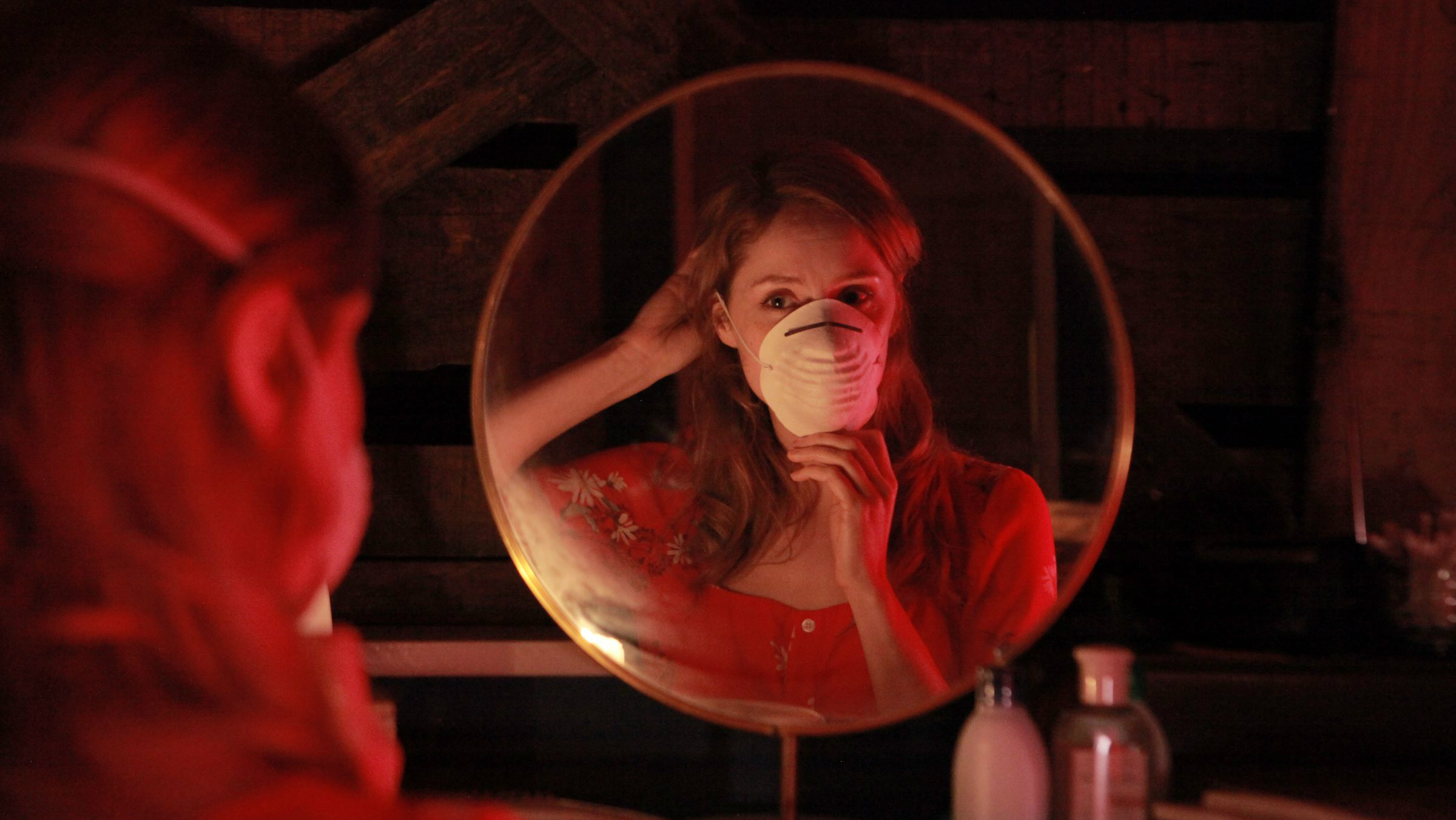 Even before the COVID-19 pandemic, Britain’s film industry had been a bizarre and unsatisfying beast. Despite a fairly consistent stream of masterpieces that have hailed from these isles, the centralized, BFI/BBC-dependent method of production and distribution means that the same films get greenlit: ballgowns or tracksuits. UK cinema rarely rallies around a movement, and each new breakout film is treated as a remarkable one-off. “The British are coming!” Colin Welland announced on winning his Oscar for writing Chariots of Fire, and despite the global cinephile popularity of Peter Greenaway, Steve McQueen, Andrea Arnold and the rest, that arrival has not come. Mark Jenkin, director of Bait, announced last year that his films was a part of “The New British Strange,” into which one could group the visceral, B-movie inflected independent cinema that has come since the Conservative government gained power in 2010 (I Am Not a Witch, Beast, Prevenge). A cog in the London Film Festival industrial complex if ever there was one, Jennifer Sheridan’s Rose may be a part of this cycle. Or it may not.

Rose, a micro-budget domestic horror film, takes an infected love story that will be familiar to most audiences and removes the schlock, leaving a slice of social realism that occasionally bursts into gory violence. Fittingly, when the title appears in a block of white, the word “love” turns slowly red. The mileage on Rose may vary. Sheridan, a first-time feature director, opens the film with a survey of the Welsh countryside. As Rose (Sophie Rundle) sleeps, Sheridan cuts back and forth between vast forestry, wind chimes made of cutlery and broken disks through which a rabbit scampers. Is Rose dreaming of this place? Waking, she staggers around her hut, cold. As the character pours coffee from a stove top metal percolator, in a pair of dungarees and sitting at a typewriter, one could confuse her life for the Pinterest dream.

Meanwhile, Rose’s lumberjack-looking husband Sam (Matt Stokoe, who wrote the screenplay) prowls around, checking the wind chimes for intruders and pulling the remains of the rabbit from a bear trap. This is no dream. Sam and Rose put animal corpses in jars, to which strings rise with the intensity of a climax. But even the sight of leeches barely leave an impression. Tension isn’t built, either, by Sheridan’s capturing of their puttering relationship. Rose flips off because she’s stuck with writer’s block, “trying to give the doctor a reason to be in Prague,” while awkward sex and intense arguments are the stuff of a short film, and basic shot-reverse-shot compositions don’t help much either. Rose never wants to make love with the lights on… her skin is too pale, she says.

Soon, it becomes clear that something is desperately wrong with Rose, and that they live out in the woods due to some kind of virus. Not quite a vampire, although certainly vampiric, she feasts on ground leeches. And the illness is progressing. Their isolation requires protection from the outside world, or perhaps the outside world should fear infection. This social distancing angle is exceedingly well-timed forRose to resonate with the forced viral isolation that the whole world has gone through in 2020, and yet Sheridan and Stokoe don’t capture the minutiae or the monotony that makes social distancing  such a fright, and such a chore. Even when an inevitable interloper arrives at their house to add drama to proceedings, the film remains inert and uninterested in the contradictions that make people the way they are. It’s lifeless.

Despite this, Sheridan does display a technical aptitude that will doubtless secure her place in the British cinema machine. The tactile, Waldon-tinged metier of Leave No Trace hangs over proceedings, and the nuts and bolts of it are strong. When Sam’s usual fuel hookup doesn’t show, he has to venture forth to source his own goods from the nearest station. Rose is left in a terrifying darkness, and Sam’s trek is delivered without regard for space or time, so when he arrives, he may as well have teleported from another planet. The glimpse Sheridan gives the audience of society is minimal: a petrol station and pub, shot around corners, the faces of others so inconsequential they may as well not be in focus. Britain is rubbed out, and Sheridan beautifully embodies Sam’s POV. Scenes like this, where little is occurring other than the psychological strain of a life annexed from society, are where Rose feels comfortable, like it isn’t trying to justify itself through cheap dialogue.

Many British micro-productions (The Survivalist, Couple in a Hole — there are so many that perhaps there is no such thing as “The New British Strange”) focus on Britain’s mud. Rose shows us the frost. Is it trite to mention the social isolation parallels? One only wishes Rose would show us something more.