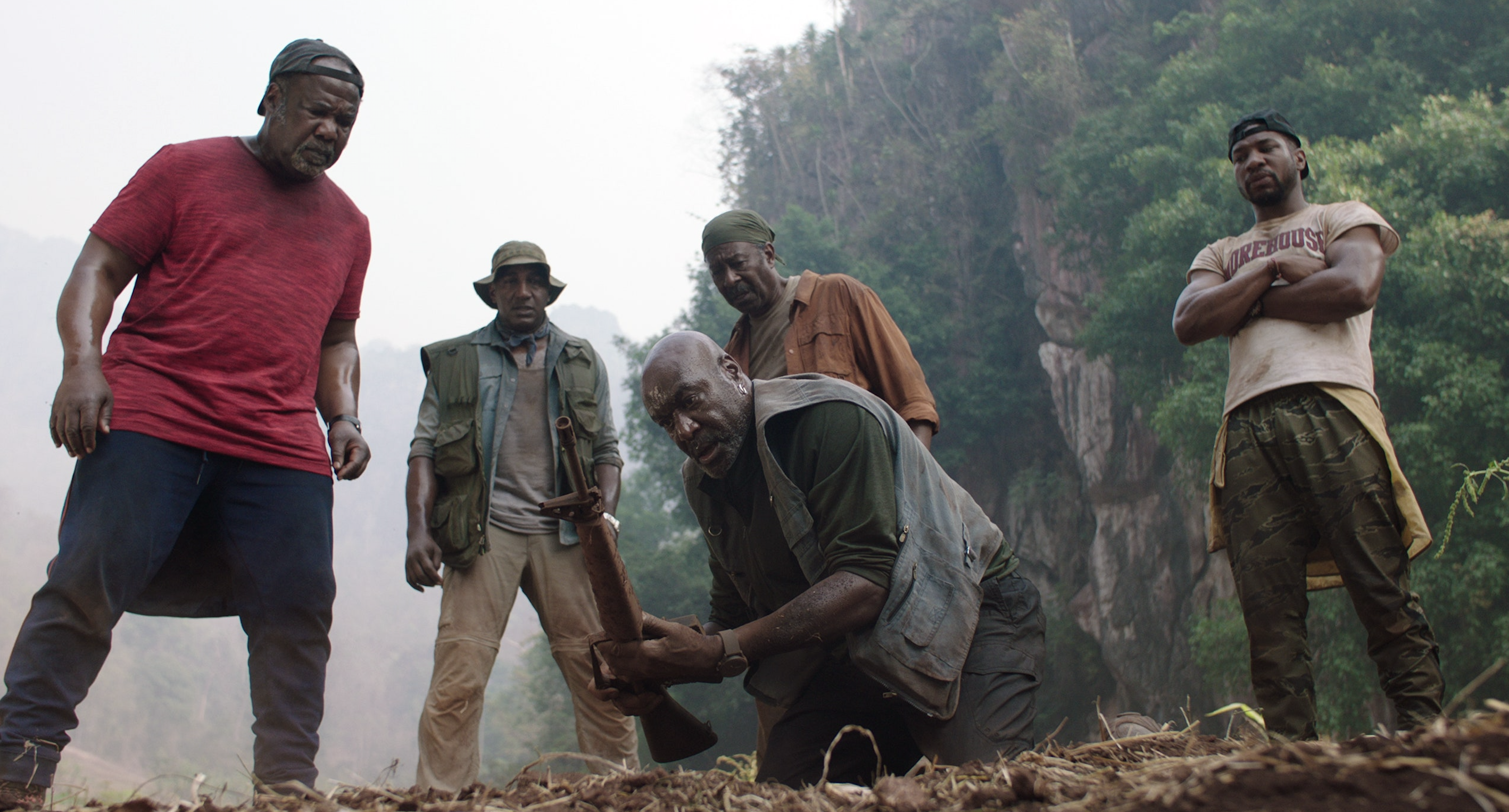 One of the most effective storytelling strategies in Spike Lee’s Da 5 Bloods is the application of the simple and elegant dichotomy. The filmmaker has long enjoyed exploring dualities, as the apparent bifurcation of moral choice-making appeals to our human nature: black and white, yin and yang, stop and go, yes and no. It is, however, the complementarity and interconnectedness of seemingly polar opposites that moves toward the complexity and richness that cannot be found in a heads/tails outcome. Four Vietnam veterans return to the place where the fifth member of their group was killed in action. Is the principal purpose of their pilgrimage to recover the remains of their fallen friend or is it to locate millions of dollars in gold bars they buried decades ago?

Several of Lee’s other interests, including generational divisions and difficult father-son relationships, both of which are on view in, among others, Jungle Fever, He Got Game and Get on the Bus, move in tandem with the director’s always bold stylistic chops. Music choices, including familiar period expressions of social consciousness as well as loaded intertextual cues (including “Ride of the Valkyries”), take up residence alongside yet another emotionally-charged score by Terence Blanchard. Isolated vocals from Marvin Gaye, strikingly re-contextualized, punctuate key scenes. 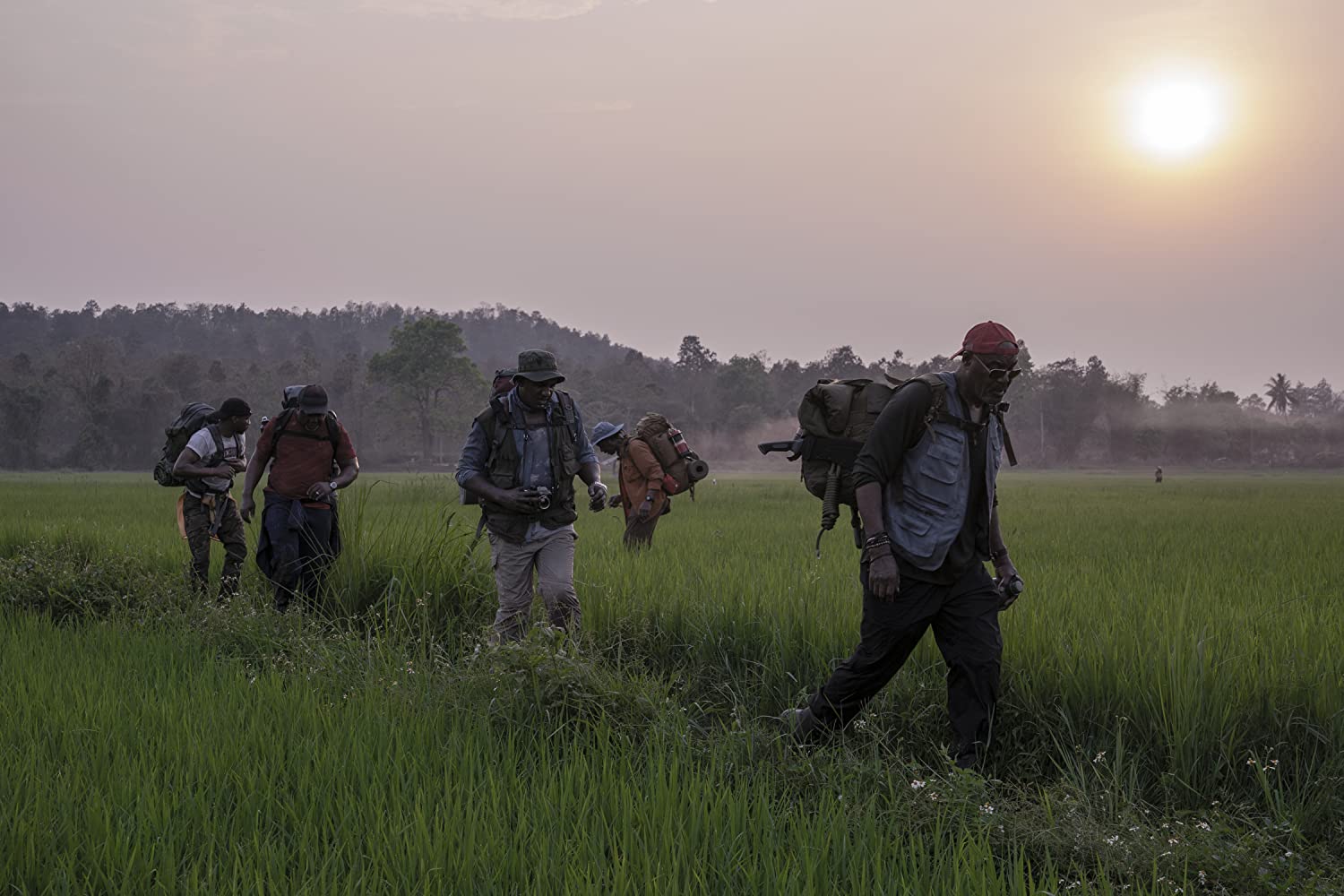 Lee’s cinephilia is yet another reason for movie lovers to enjoy Da 5 Bloods. Overt and subtle references to all kinds of classics, from Apocalypse Now and Full Metal Jacket to The Treasure of the Sierra Madre and The Bridge on the River Kwai, populate both the principal plot and the margins. But in terms of Lee’s own decades-long reputation as a maverick working within and without the industry, Da 5 Bloods bears a close spiritual kinship with Samuel Fuller’s The Steel Helmet. Both Lee and Fuller capture the capricious, haphazard and senseless violence of war and its particularly grim toll on the working class, the blue collar and the poor.

There is surely a great deal of Fuller in the presentation of Delroy Lindo’s character Paul, a red MAGA cap-wearing sufferer of PTSD who is especially haunted by the death of brother-in-arms Norman Earl “Stormin’ Norman” Holloway (Chadwick Boseman). Giancarlo Esposito claimed that Lee might have cast real life father and son Denzel Washington and John David Washington, but Lindo — who has received richly deserved acclaim for his emotionally raw portrayal — and Jonathan Majors are so commanding it is difficult to imagine any duo surpassing the quality of their efforts. 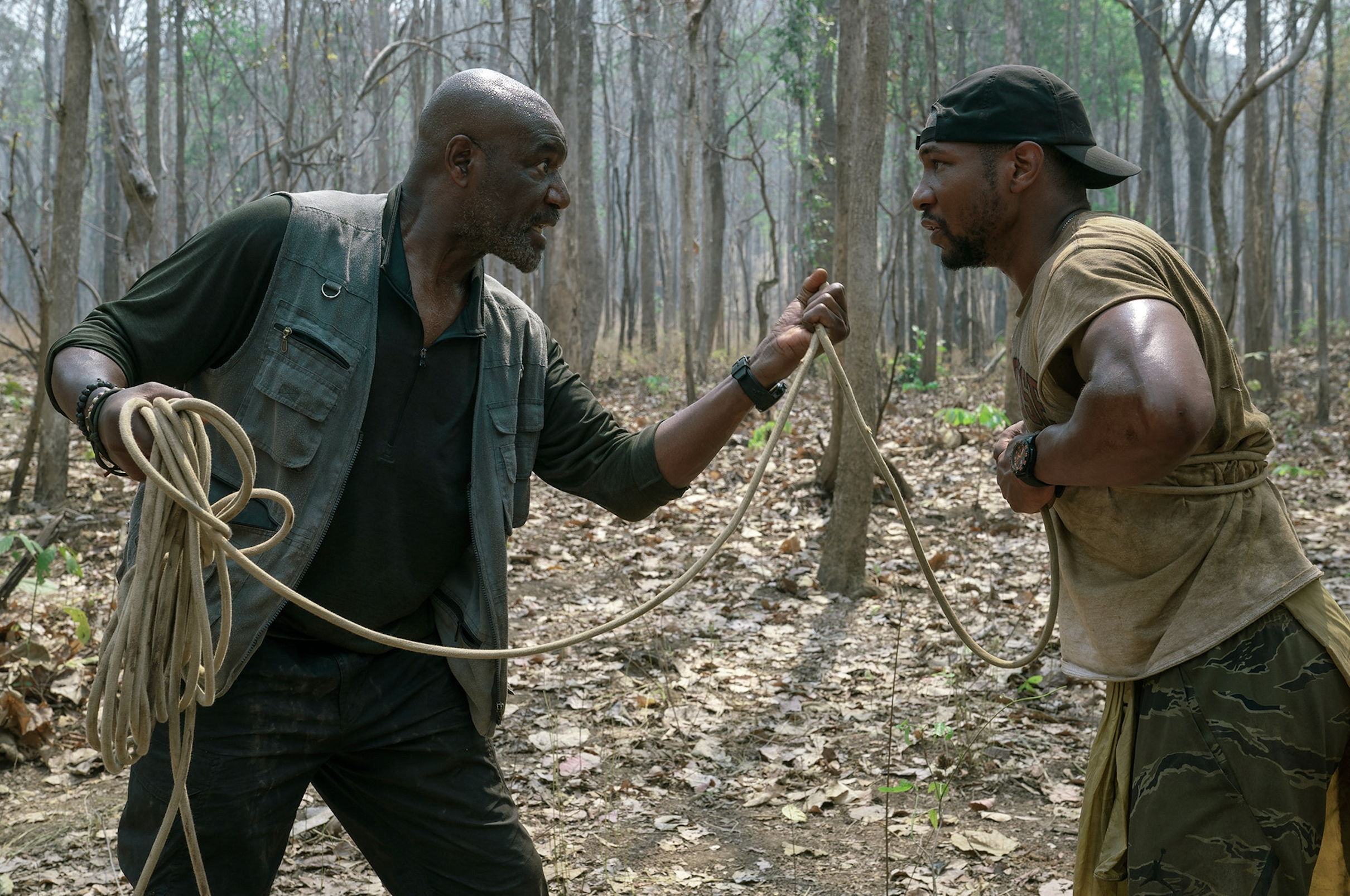 Lee reworked the original script by Danny Bilson and Paul De Meo with his BlacKkKlansman co-screenwriter and fellow Oscar recipient Kevin Willmott. The result of their labors perfectly suits Lee’s baroque, anything goes, more-is-more approach. Newton Thomas Sigel’s photography is vivid, crisp and colorful, even if many of the computer-generated special effects — especially the repeated plumes and sprays of blood — don’t quite meet Hollywood’s state of the art verisimilitude. Far more impressive is the decision to use the same quartet of performers — Lindo, Broadway pro Norm Lewis and The Wire castmates Clarke Peters and Isiah Whitlock Jr. —  in present and in flashback without any kind of “de-aging” nonsense. With this choice, Lee suggests something meaningful about time and how it can change or freeze us in indelible ways both predictable and surprising.