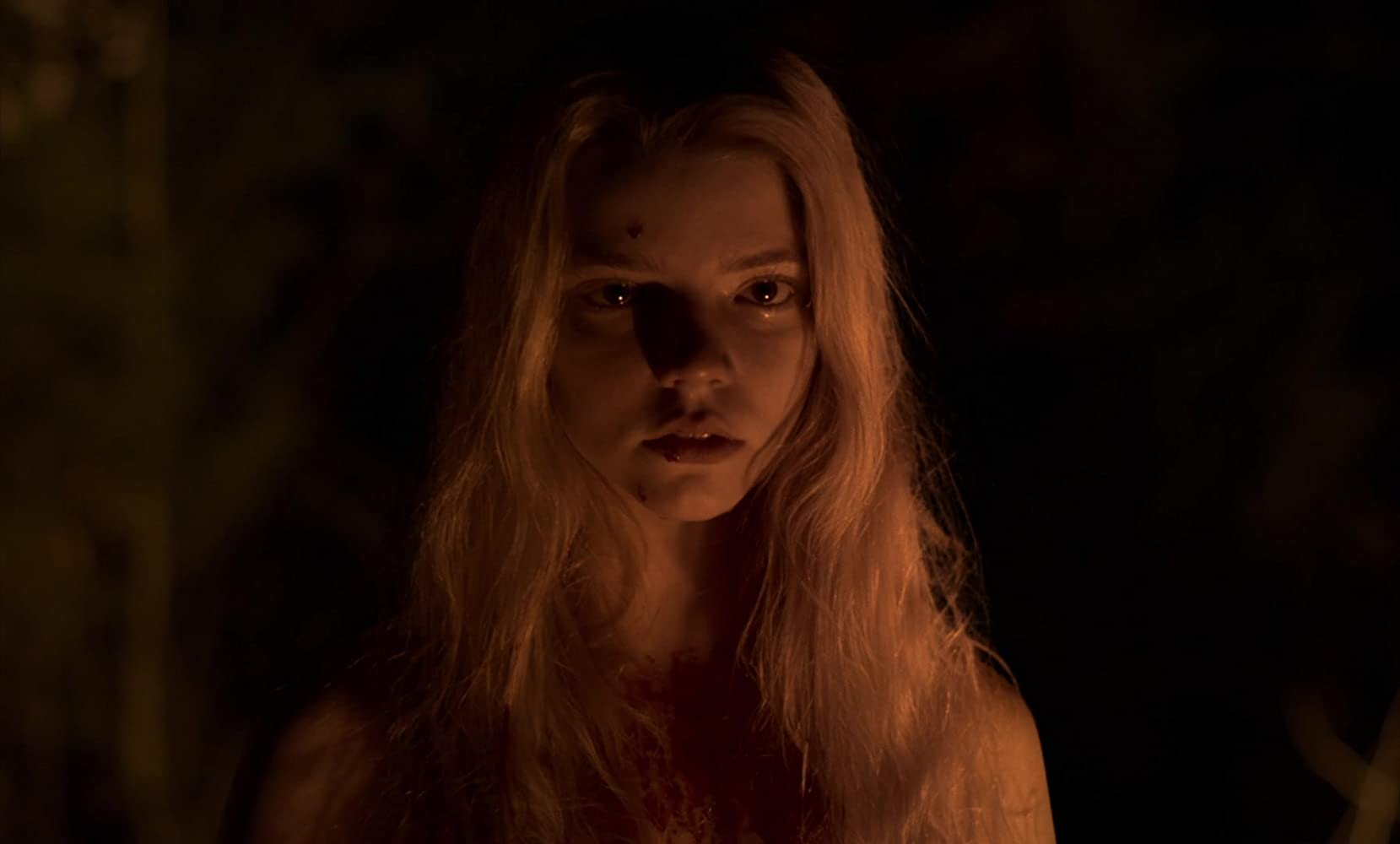 Leave it to the lowbrow to accidentally nail film criticism’s latest malady. In the Family Guy season 4 episode “Petarded,” patriarch Peter Griffin gets a big head after winning a game of Trivial Pursuit; he later sees some political commentary calling a policy “shallow and pedantic,” and agrees without understanding how to apply the terms. The following day, he turns his nose up at the meal his wife serves him and sneers, “I find this rather shallow and pedantic.” He achieves the opposite of his desired effect; everyone at the table sees him as a buffoon.

Film criticism has a problem: there are a lot of Peter Griffins out here reviewing horror films with minimal understanding of the genre. Specifically, critics are failing to evaluate horror films within the context of their genre trappings, opting instead to wield ideology as a critical sledgehammer. It’s none more apparent than in feminist-centric reviews of horror films in which — spoilers below — a woman protagonist chooses to go to the dark side. The instance is that these endings are not feminist, actually; the implication is that horror heroines and their fates must be aspirational and objectively good. It’s all very good and tidy when the lines are clearly drawn, but cult horror and folk horror inherently muddies those waters for all parties involved, regardless of gender. This has plagued responses to films like Ari Aster’s 2019 sophomore effort Midsommar, Joe Begos’ Bliss, and the ever-offending Rob Zombie’s Lords of Salem, but I’ll use The Witch as an example here.

When The Witch released in 2017, reviews were understandably mixed. Robert Eggers’ period horror keeps the jump scares to a minimum and requires a fair amount of patience before the body count starts rising. As with any film, The Witch isn’t for everyone. But a pattern started to reveal itself in professional reviews and casual tweets of The Witch: critics were constructing genre strawmen (or wickermen, if it pleases) and blowing them down with huffs and puffs of problematization. This movie, the cries claimed, isn’t really feminist: a man made it, so it can’t be, and tormented protagonist Thomasin (Anya Taylor-Joy) chose evil in the end so she didn’t really “win.” The first objection is rooted in a myopic substitution of ideology for engagement; there’s nothing wrong with scrutinizing how art depicts and reflects society’s values, but the scrutiny is one of many in the critical tool kit, not a litmus test for judging a film’s quality. The latter complaint is rooted in a breathtaking ignorance of how horror works. 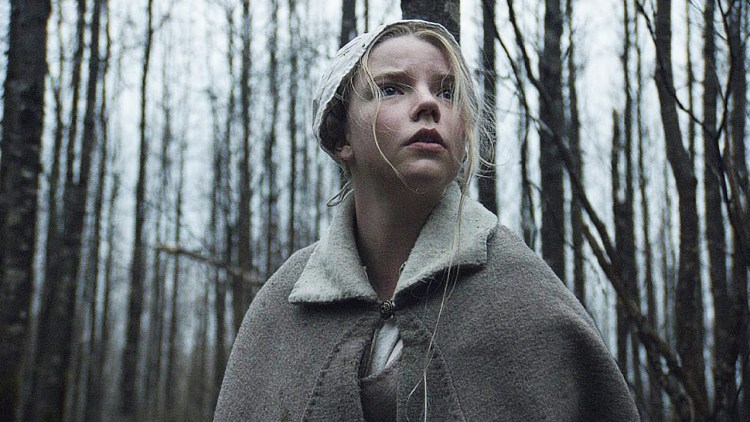 First of all, men can (and do) make feminist films. According to film scholar Alexandra Heller-Nicholas, feminist filmmaking can be generally defined as a “fundamental fascination with assumed norms surrounding gender and how that relates to who has power and who doesn’t. They are interested in the cultural and social power of masculinity and femininity beyond biological categories of male and female.” Most textbook definitions echo the same sentiment. Nowhere is a vagina listed as a requirement to complete the above task. Further, a film can be considered feminist if its themes or even its aesthetic resonate with feminist spectators. It doesn’t have to be explicit Grrrl Power content. Mad Max: Fury Road features strong women leads, but the feminism of the film also resides in its interrogation of toxic masculinity and patriarchal structures and norms. As such, Ernest Dickerson’s Juice is feminist. Neil Marshall’s Dog Soldiers is feminist. Women do not hold a monopoly on art that aims to question the way things are as they relate to gender.

Onto the ending. In Eggers’ 17th century-set movie, young Thomasin resides on the outskirts of (white) civilization with her family, who have been exiled from their New England Puritan community due to the hyper-piety of the family patriarch, William (Ralph Ineson). His wife Katherine (Kate Dickie), son Caleb (Harvey Scrimshaw), Thomasin’s twin siblings Mercy and Jonas (Ellie Granger and Lucas Dawson), and new baby Samuel make up the rest of the family unit. As they try to settle into their isolated new lives, devastation follows and God is absent to their cries: Samuel disappears under Thomasin’s watch, and suspicion and rage immediately falls upon her. As Thomasin grows into it, womanhood is the target of paranoia and the subject of shame. Eggers takes pains to write his character interactions within this familial microcosm in such a way as to illuminate the ways that patriarchy fears the feminine and instructs us all to loathe it. After torment, ridicule, hatred and physical attacks, Thomasin is the last person standing of her family. They’re all dead. Drenched in her mother’s blood, the girl goes into a nearby shed, where she is addressed by The Devil (in the form of the family goat Black Philip). In a cognac-smooth croon, the Devil offers the taste of rich butter, the feel of a pretty new dress, the lush sights the world travel brings. Given the world the Thomasin had lived in up until this point, she barely hesitates before agreeing to “live deliciously,” disrobing and joining a coven of nude, levitating women in the woods. 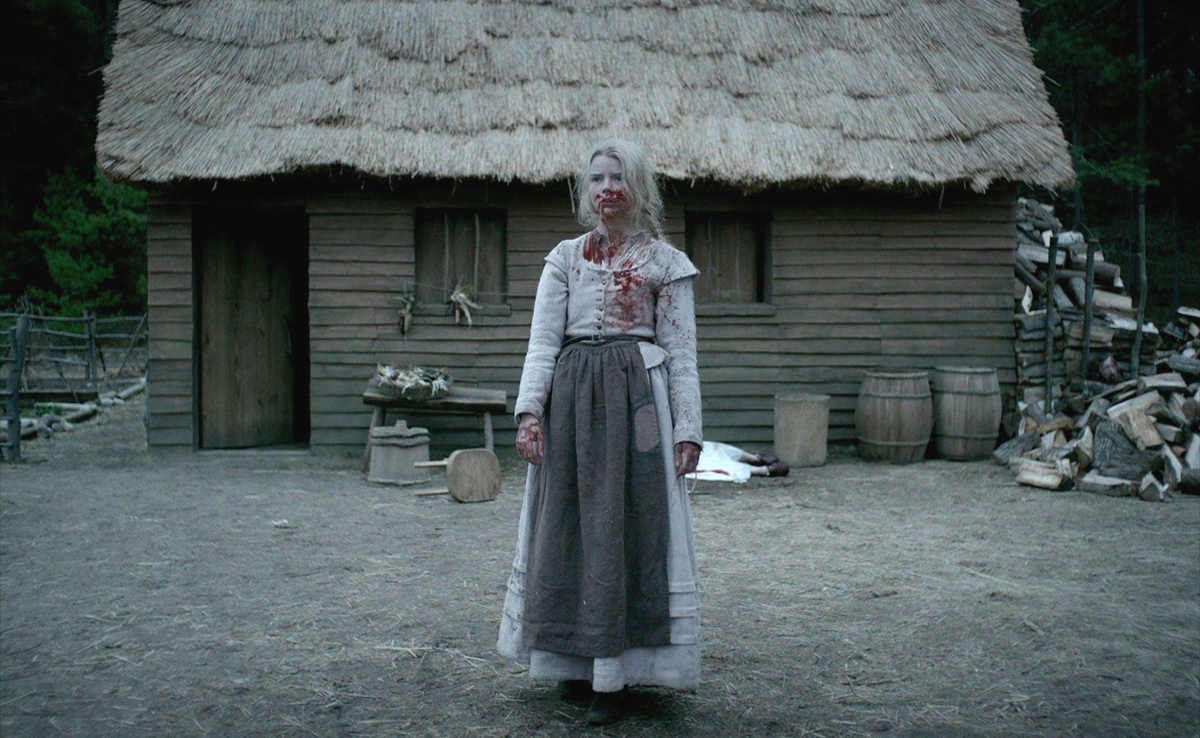 In this sense, womanhood can be read as monstrous (and problematic if you’re feeling froggy), but leaving the analysis there is only doing half of the work. The rule of thumb in horror is this: take away the masked slasher, take away the spirit, take away the malevolent baddie (in whatever form they choose on that particular piece of celluloid) and you’re left with the dynamics of the characters themselves and the true source of struggle in the story. The Xenomorph is just a catalyzing goon for the action; Alien concerns itself with man’s hubris and the perils of corporate dominion. Satan is a rapist in Rosemary’s Baby, but the real horror is centered in the ways that society (as monstrous as it’s made here) entitles itself to ownership of women’s bodies. Likewise, the Devil preys on a vulnerable girl and a witch eats a baby in The Witch, but — for Thomasin — what’s truly scary is the systematic fear and disgust imprinted upon her awesome femininity, as she is subject to punishment simply for existing as her God created her. Thomasin’s endearment to the devious coven is the same is Rosemary’s acceptance of her devil baby (and her role as his mother), and the same as Dani’s willful assimilation into a pagan cult (Midsommar) that gave her what she was denied in her past. It’s a bittersweet ending that marks a new beginning for the women involved, one wherein they have the agency and acceptance that the secular, normal world refused to grant them. Presenting that as a flaw of the film is a superficial potshot that fails to consider how the genre operates in its storytelling.

In order to fully engage with horror films, it’s important to look at the monster and the world that’s being upended by that monster. Ignore that, and you risk being the guy that watches Night of the Living Dead and only comments on the slowness of the zombies.