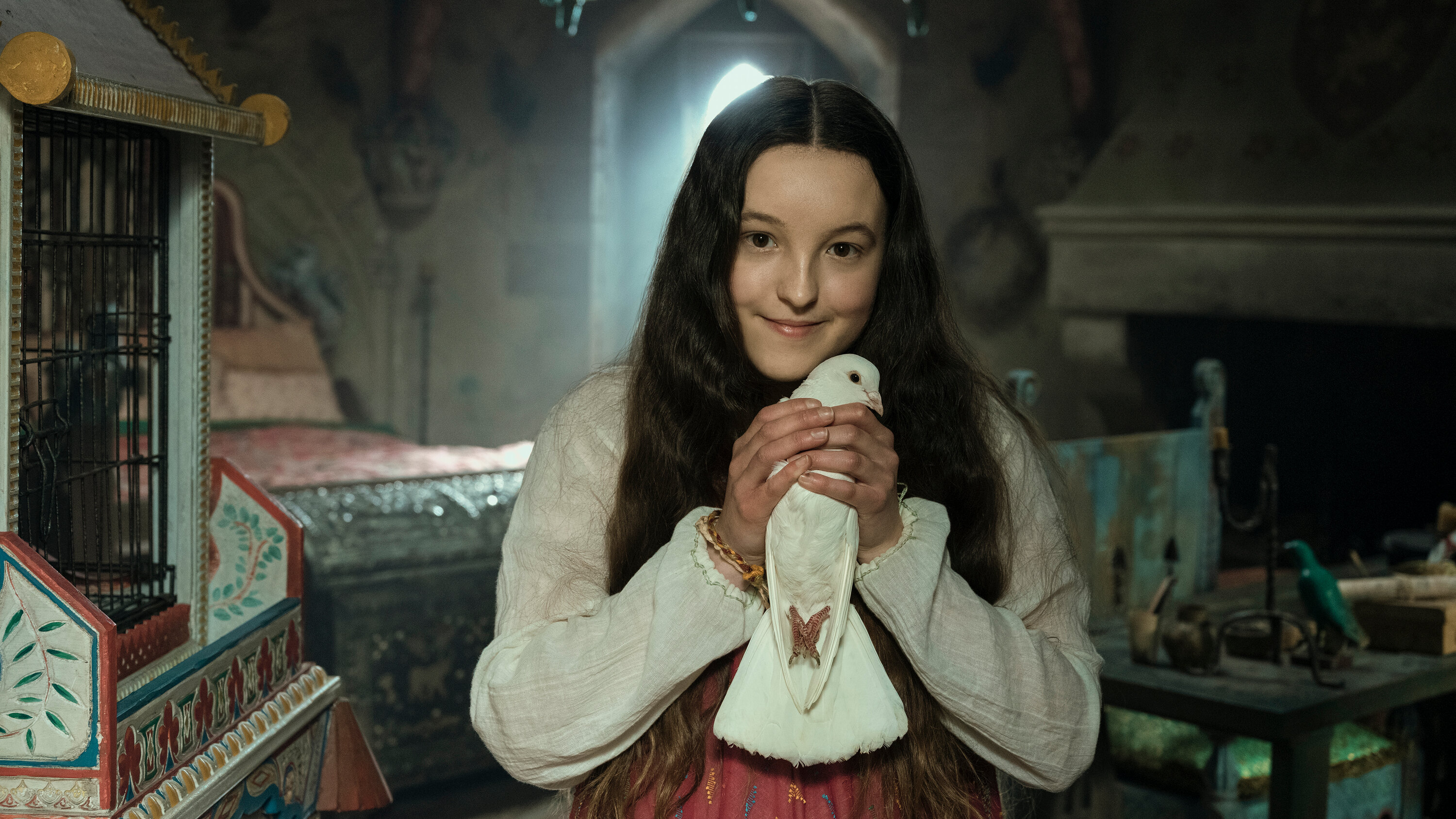 Premiering at the Toronto International Film Festival in September, Catherine Called Birdy lands on Amazon Prime Video following a short theatrical window. One of two 2022 movies directed by the perpetually controversial Lena Dunham, the medieval bildungsroman was a labor of love based on the filmmaker’s professed affection for Karen Cushman’s eponymous 1994 Newbery Honor Book. Dunham, who also adapted the novel for the screen, delivers the most polished and confident feature of the four she has made so far, demonstrating a genuine affinity for both spirited anachronisms and timeless challenges that outline the similarities and differences faced by young women in the 13th century versus today.

Catherine Called Birdy’s title character is played by a winning Bella Ramsey, perhaps best known as Lyanna Mormont in Game of Thrones. Currently 19, the actress believably inhabits the rambunctious and irrepressible 14-year-old confronted with the painful social realities and expectations that come with the territory and the times. The central conflict and several subplots revolve around the custom of arranged marriages. Though not long a teenager, Birdy has virtually no say regarding her husband-to-be. To make matters worse, the fragile economics of the protagonist’s family place tremendous pressure on her father, Lord Rollo (Andrew Scott), to choose a groom based on financial security above all else. 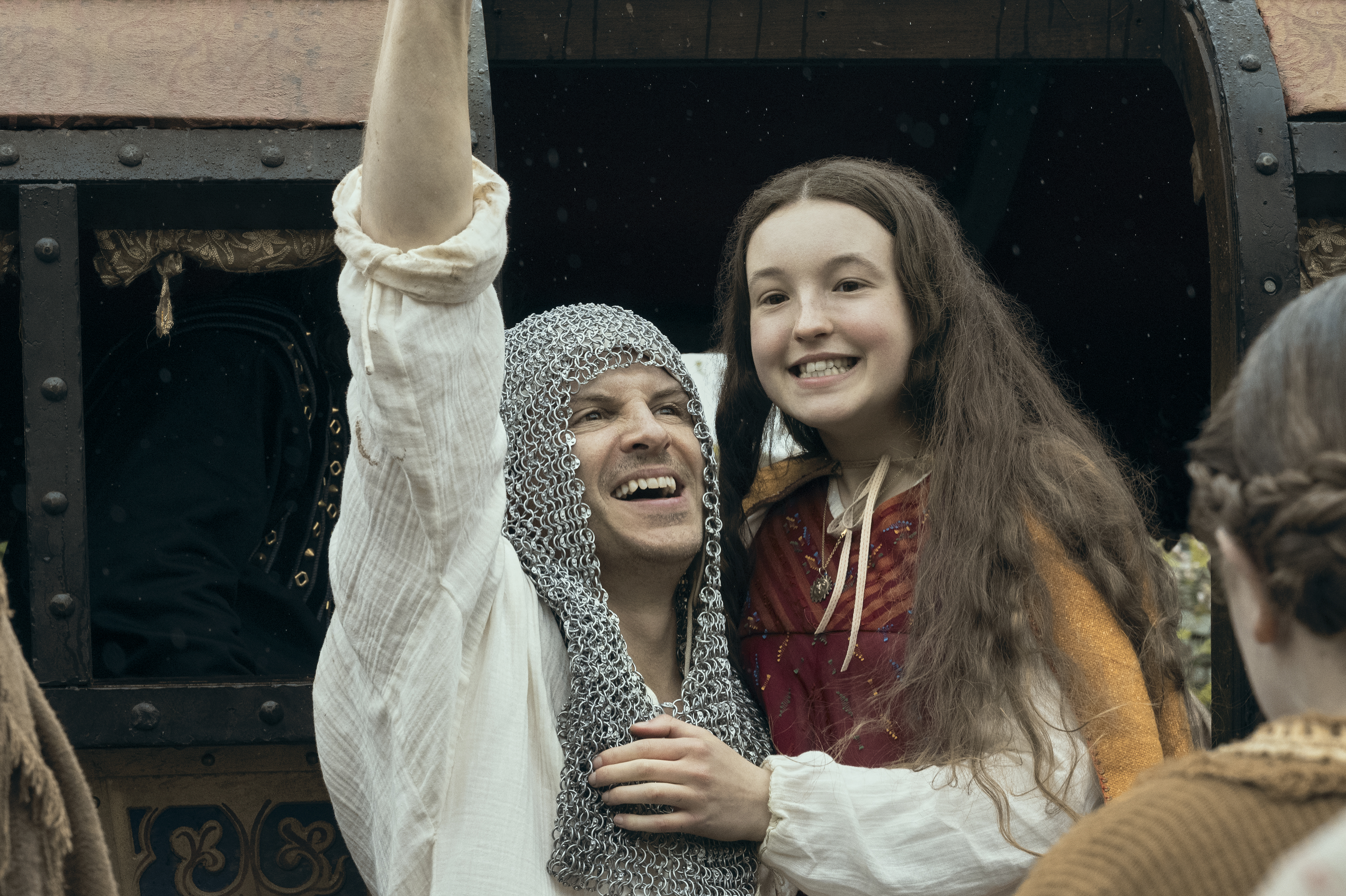 Despite the unwelcome reality that Birdy will likely be married off for money and most certainly not for love, she lives life at a breakneck pace and finds joy where she can. Dunham pokes at the outrageous unfairness of the patriarchal grip governing the women of the Middle Ages without reducing her supporting ensemble cast to flat and predictable stereotypes, even when it would be convenient to do so. Birdy’s attempts to sabotage every suitor play out a bit like the shenanigans on display in Harold and Maude when Mrs. Chasen arranges dates for her son. The frontrunner and worst of Birdy’s lot, a wealthy lech nicknamed Shaggy Beard (Paul Kaye), is only encouraged by the girl’s boorish behavior.

In a spot-on observation of Catherine Called Birdy for Vulture, Alison Willmore writes, “… misogynistic brutality has always seemed like one of the fictional universe’s essential elements, part of an insistence that its crypto-European historical trappings be accompanied by some period-appropriate dehumanization.” Fortunately, Dunham refuses those conventions without erasing the large and small struggles faced by all women of the era. And even though the screen version risks some major alterations to Cushman’s original story — perhaps most notably in making Rollo his daughter’s hero by tweaking the climax — the essence of Birdy survives. 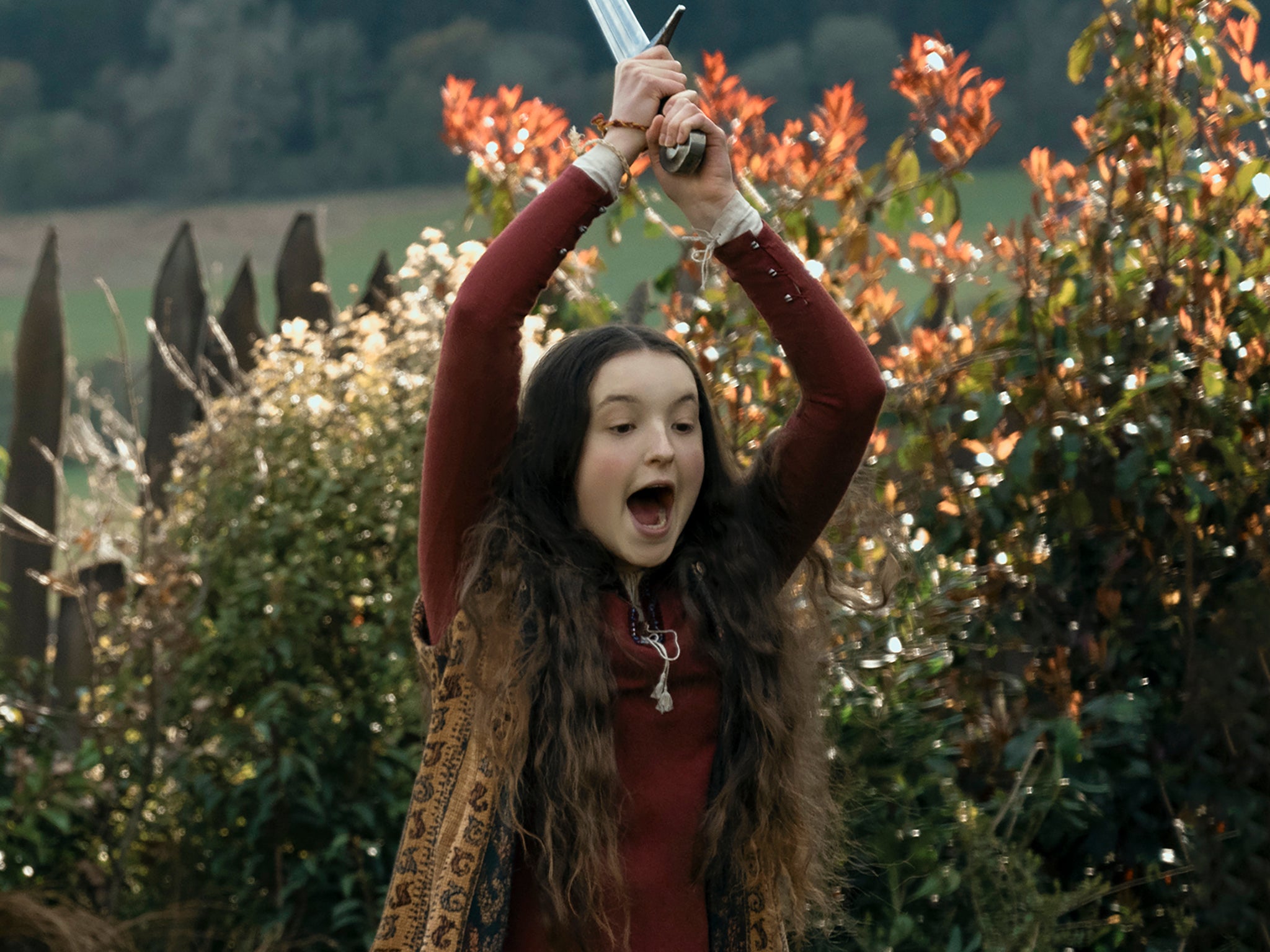 Like Sofia Coppola’s Marie Antoinette and Brian Helgeland’s A Knight’s Tale (to name just two), Catherine Called Birdy takes great pleasure in placing perfect, period-incongruent needle-drops of great pop songs that provide thematic commentary on the action. Carter Burwell’s score is performed a cappella by Roomful of Teeth, and several familiar tunes — including Mazzy Star’s “Fade Into You,” The Angels’ “My Boyfriend’s Back” and Rod Stewart’s “Young Turks” — are delivered by Misty Miller. In Birdy’s world, girls are not allowed to attend a public hanging, go on a crusade, marry who they love or have autonomy over their own bodies. Dunham’s movie reminds us that — at least on the latter point — the times are still darker than we’d like to believe.