Known in its original French language as Avec amour et acharnement (“With Love and Fury” or “With Love and Relentlessness”), the first of two Claire Denis features released in 2022 swapped its original English language title “Fire” for the more satisfying and effective Both Sides of the Blade. The latter name is taken from a song by longtime Denis collaborators Tindersticks, and its evocative lines suggesting the pain of being cut in two echo the film’s central love triangle. Following a February premiere at the Berlinale, where Denis received the Silver Bear for Best Director, Both Sides of the Blade is currently available to stream in the United States via several major providers. It is well worth seeking out.

The second Denis film of 2022, Cannes Grand Prix-winner Stars at Noon, is currently in cinemas. Both movies are based on novels Denis adapted for the screen with writing partners. In the case of Both Sides of the Blade, the filmmaker worked with Christine Angot to prepare and reimagine Angot’s 2018 book Un tournant de la vie (A Turning Point in Life). The opening scenes of the adaptation bask in the warm ocean waters of a loving vacation idyll enjoyed by Sara (Juliette Binoche, making her third film with Denis) and Jean (Vincent Lindon, recently tremendous in Titane). They ultimately return to a chilly Paris and experience a series of unforeseen conflicts that challenge their union.

Both Sides of the Blade Review: Related — Soundtracks of Cinema: ‘Titane’ 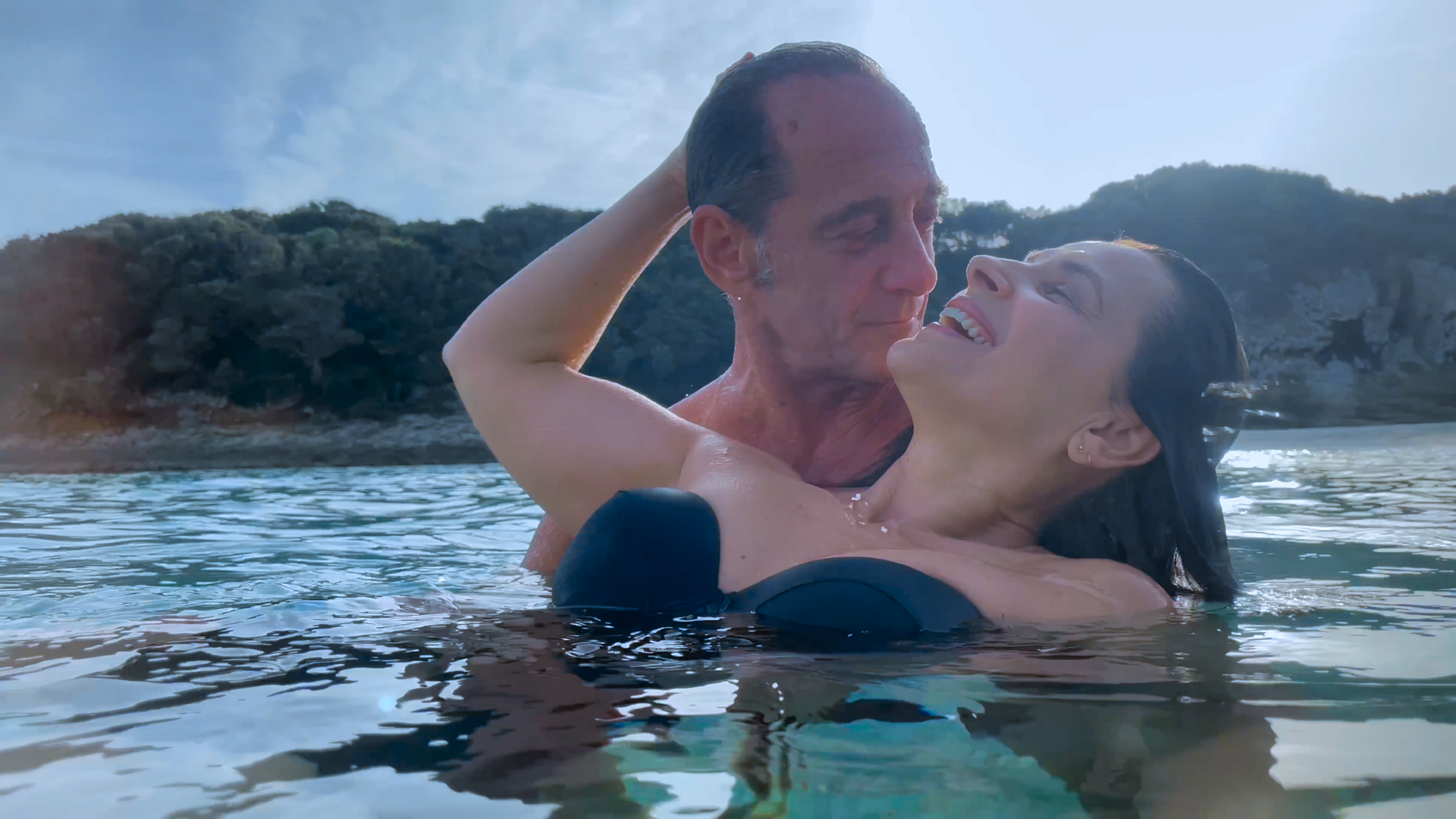 Denis, now 76 years old, rejected a producer’s plea for the on-camera events of Both Sides of the Blade to be free of masks. The director, however, insisted on grounding the action of the story in the midst of the pandemic. The eerie quiet and the dispiriting isolation intensify Sara’s reaction when she catches sight of ex-lover François (Grégoire Colin). Instantly, Binoche’s character is overcome with butterflies and long-buried feelings that threaten the security of her relationship with Jean. Matters are further complicated when Jean — who was also friends with François years ago — announces that he intends to form a business partnership with Sara’s old flame.

Be it film, novel, poem or song, the triangle is one of the most frequent tropes in storytelling. Denis is such a gifted moviemaker, though, that cliche is absent from the precise and specific moments inside her intelligently constructed universe. Intriguing details, like Sara’s work as the host of a radio program or the reasons that sent Jean to prison, are deliberately unexplored and never used as central turning points in the narrative. For some viewers, the lack of greater context for these tantalizing ingredients will frustrate and/or contribute to a sense that the story is incomplete. Others will appreciate the way that Denis is able to keep viewers off balance and curious about where everything is going.

Both Sides of the Blade Review: Related — Know the Cast & Characters: ‘Black Butterflies’ 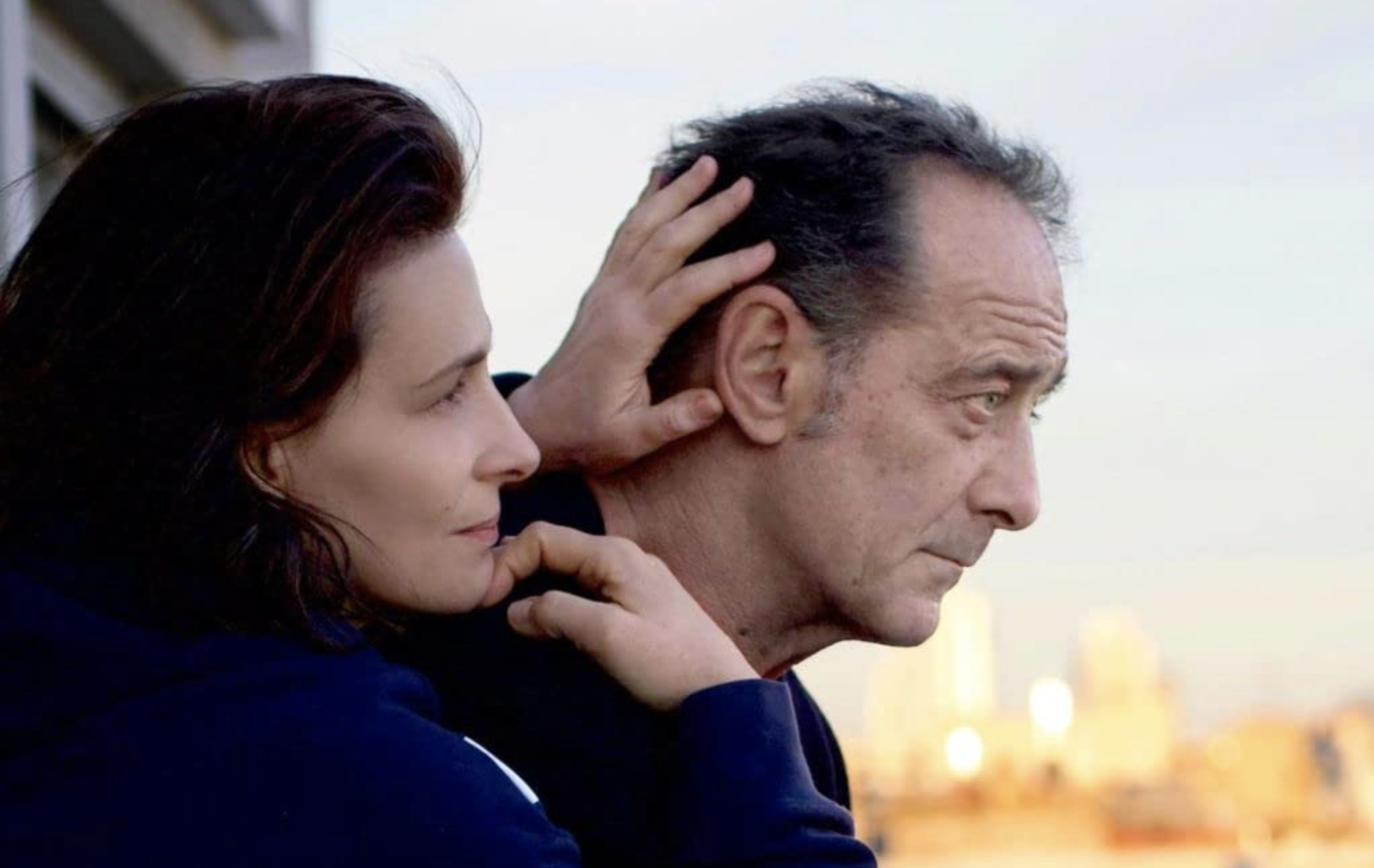 The central point of view belongs to Sara, but Jean receives equitable treatment. Both Sides of the Blade’s primary subplot involves his estranged son Marcus (Issa Perica), a biracial teenager being raised outside Paris by his grandmother (Bulle Ogier). Jean’s post-incarceration inability or unwillingness to be present in his child’s life poses yet another of the film’s unanswered questions, but Denis finds ways to show how the absence of Lindon’s character is doing lasting, painful damage to Marcus. Both Sara and Jean lie to themselves and to others. Binoche, as brilliant as ever, draws the audience close to Sara, even as one may wonder about her disastrous, delirious choices.

Both Sides of the Blade Review: Related — Soundtracks of Cinema: ‘No Limit’