How to Cannonball an Aquarium 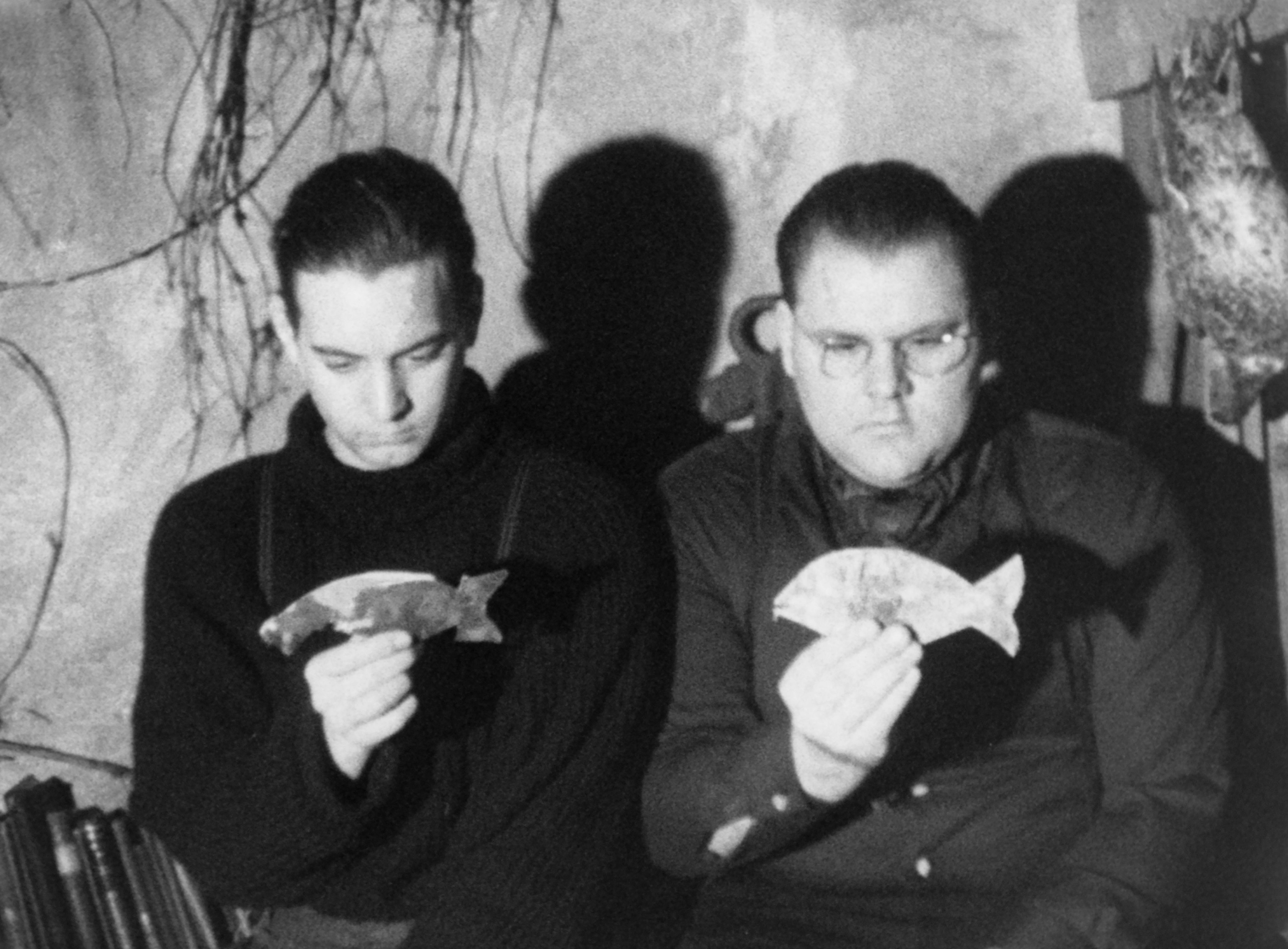 Now showing in New York City and Hollywood, Guy Maddin’s Tales from the Gimli Hospital (1988) showcases a Canadian artist’s love for cinema. Like much of the filmmaker’s work, the newly restored cult classic takes place in a specific setting (Manitoba) and features some phantasmagorical twists. Imagine a relatively young Maddin surveying Canada’s late-80s cinema scene and deciding to execute a massive cannonball, one that ultimately created a ripple affect across the indie industry. Tales from the Gimli Hospital is a love letter straight from the heart.

A proper cannonball, of course, requires a loud entrance and impeccable form. Maddin announces his genre intentions in Tales from the Gimli Hospital with an homage to classic Hollywood monster flicks. One can detect a bit of German Expressionism as an elderly woman recalls the story of Einar the Lonely to her grandchildren, and — within the first 20 minutes — Maddin incorporates some Cronenbergian body horror, which is the equivalent of a forward-thinking cannonballer giving people the middle finger, and a smile, while executing an unorthodox dive. The aesthetic beauty of it all derives from the filmmaker’s practical techniques. As Maddin tells art critic Robert Enright during a 2021 interview for The Criterion Channel, he relied on a black-and-white German Expressionist touch — in the style of the great Fritz Lang, presumably — because he couldn’t afford color film stock. And so there’s a strong sense of classic formalism — distinct framing, lighting, etc. — that slightly contrasts with some of the director’s multi-colored fever dream productions of later years, such as the 2005 short My Dad Is 100 Years Old or the 2017 feature The Green Fog. 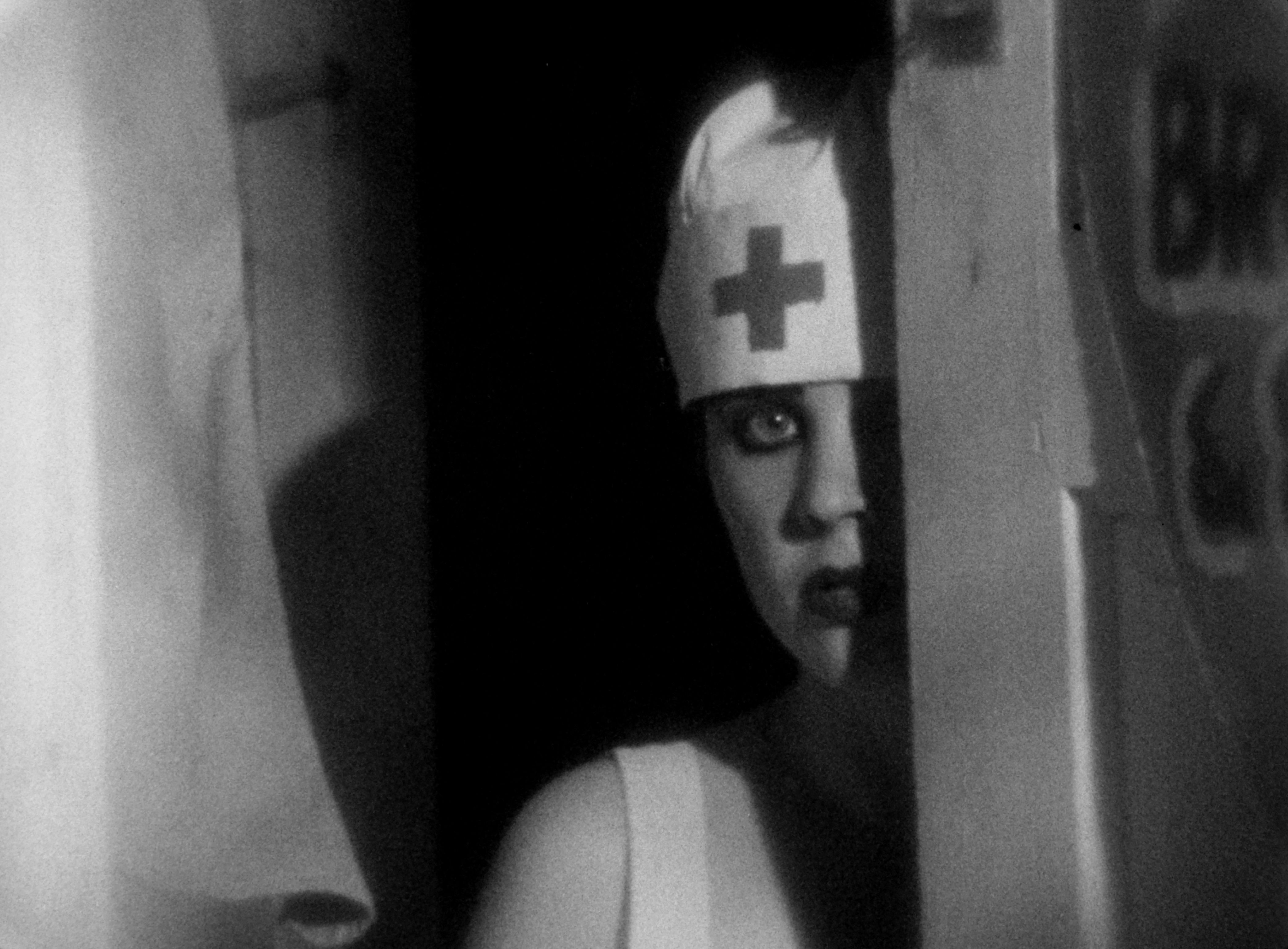 Maddin’s industry cannonball creates a larger splash due to his casting decisions. Kyle McCulloch, who would go on to write for Comedy Central’s South Park, displays leading man looks as Einar, a smallpox patient who makes some astonishing confessions to his new pal, Gunnar (Michael Gottli), who in turn reveals the dark truth about his past. A comedy-of-errors subplot allows Maddin to entertain his audience while preparing them for the aftershock of his initial cannonball. As a performer, Gottli functions as the Stooge to McCulloch’s Straight Man; they’re a double act that views Manitoba as their pool, when in fact they’re trapped in a figurative Manitoba aquarium. The foggy water narrative, along with some transgressive character reveals, asks the viewer to connect with the well-intentioned female nurses, who are just as innocent at Gunnar’s late wife, Snjófridur (Angela Heck). Tales from the Gimli Hospital contains multitudes like so many tragicomic productions of the past — it’s funny and shocking, emotive and heartbreaking. Einar is lonely not because of fate, but rather because of his decisions. He watches the world from his aquarium, whereas the rest of Gimli’s residents try to stay above water in the greater pool that is Manitoba.

Tales from the Gimli Hospital Essay: Related — The Ontology of ‘Ferroequinology’ 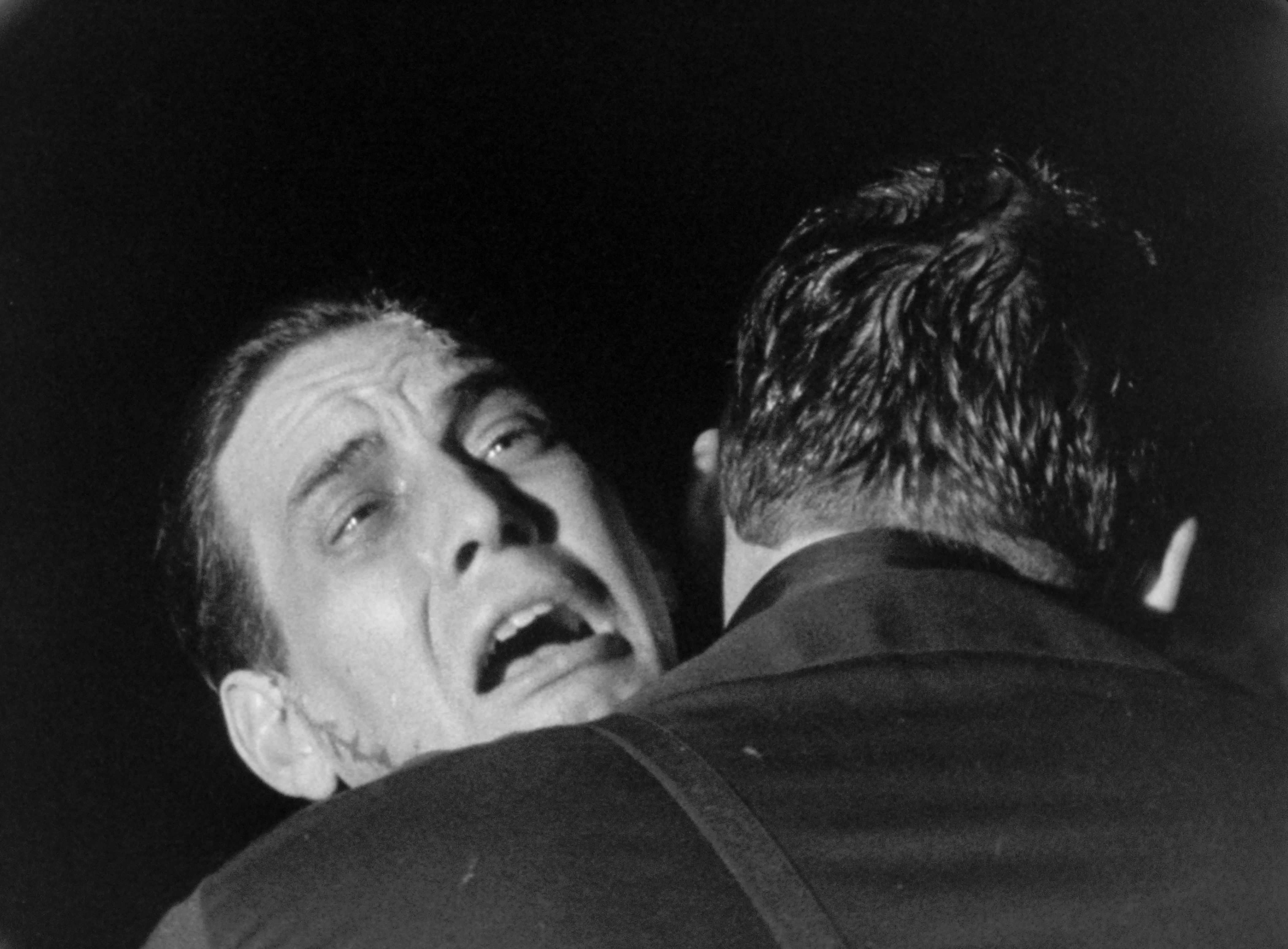 Tales from the Gimli Hospital is an accessible and logical entry point for Maddin-curious cinephiles. The filmmaker identifies the darkest aspects of the main characters’ lives and trusts the audience to create complementary visuals by awaking the subconscious. Gunnar looks like Fatty Arbuckle and operates like the villain of Lang’s 1931 classic M. At one point, he even sounds exactly like Marlon Brando’s Terry Malloy from Elia Kazan’s On the Waterfront (1954), evidenced by a second act scene in which Gunnar reacts to Einar desecrating a grave (among other things). It’s a feature debut moment that aligns with the filmmaker’s career-long fascination with cinematic mashups. Maddin doesn’t over-explain his cannonball. He just executes the act and lets the audience decide if he created a mess.

The restored version of Tales from the Gimli Hospital opens October 14 at the IFC Center in New York City and October 16 at the American Cinematheque in Los Angeles. There will be Q&As with Maddin following the 8:10pm IFC Center shows on October 14 (moderated by filmmaker/actress Isabel Sandoval). For ticket information, visit the IFC Center online.