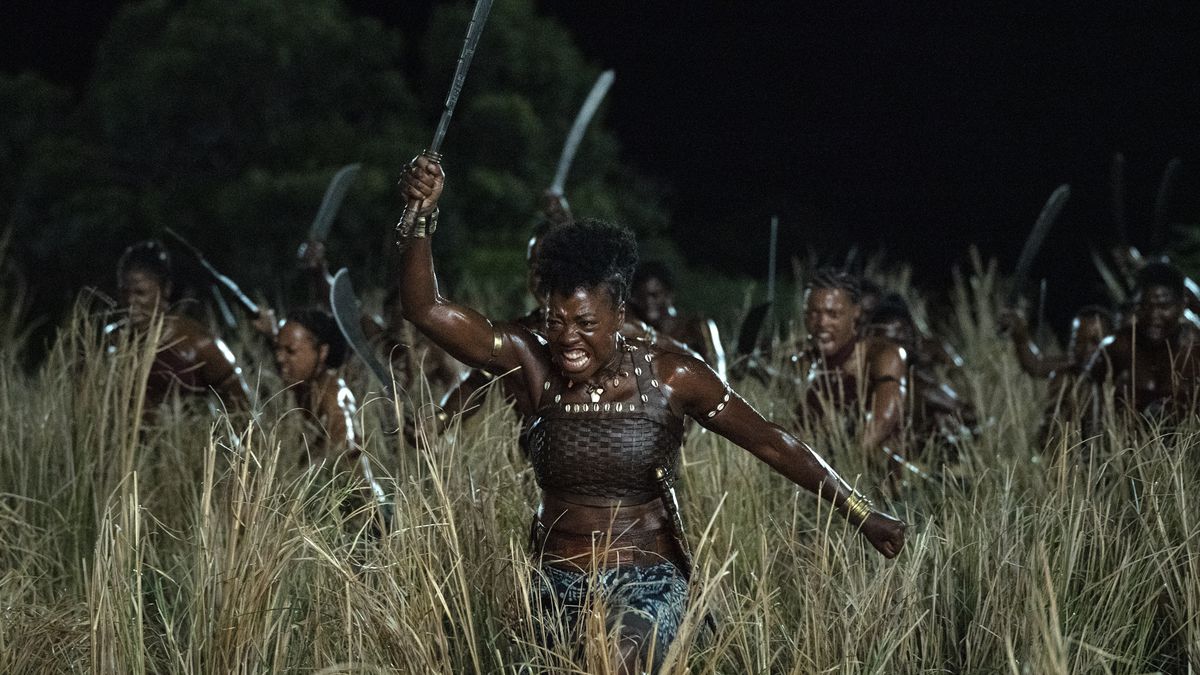 Writing recently in The New Yorker, Julian Lucas shares commentary that places into context the ongoing controversies assailing Gina Prince-Bythewood’s historical action drama The Woman King. Set in West Africa during the years encompassing the grim slave trade, the film has a champion and star in Best Supporting Actress Oscar-winner Viola Davis, who portrays with force and intensity the title character General Nanisca of the Kingdom of Dahomey (in what is now Benin). General consensus suggests that Prince-Bythewood’s 50-million-dollar film, which puts every cent — and then some — on the screen, will succeed despite any reasonable and unreasonable criticism it currently faces.

Even though Davis commands the headlining power, The Woman King’s central protagonist is Thuso Mbedu’s Nawi, a tenacious orphan determined to enter the ranks of the Agojie, otherwise nicknamed the Dahomey Amazons by Western Europeans. Not in dispute is the existence of this electrifying military sisterhood, one of a tiny number of all-female, modern-era armies. In the film’s early sections, Prince-Bythewood draws much from the pageantry of the trials and tests of mettle staged by Patty Jenkins in Wonder Woman. Ryan Coogler’s Black Panther, which features the Dora Milaje — its own cohort of elite women warriors partly inspired by the Agojie — is another notable cinematic relation. 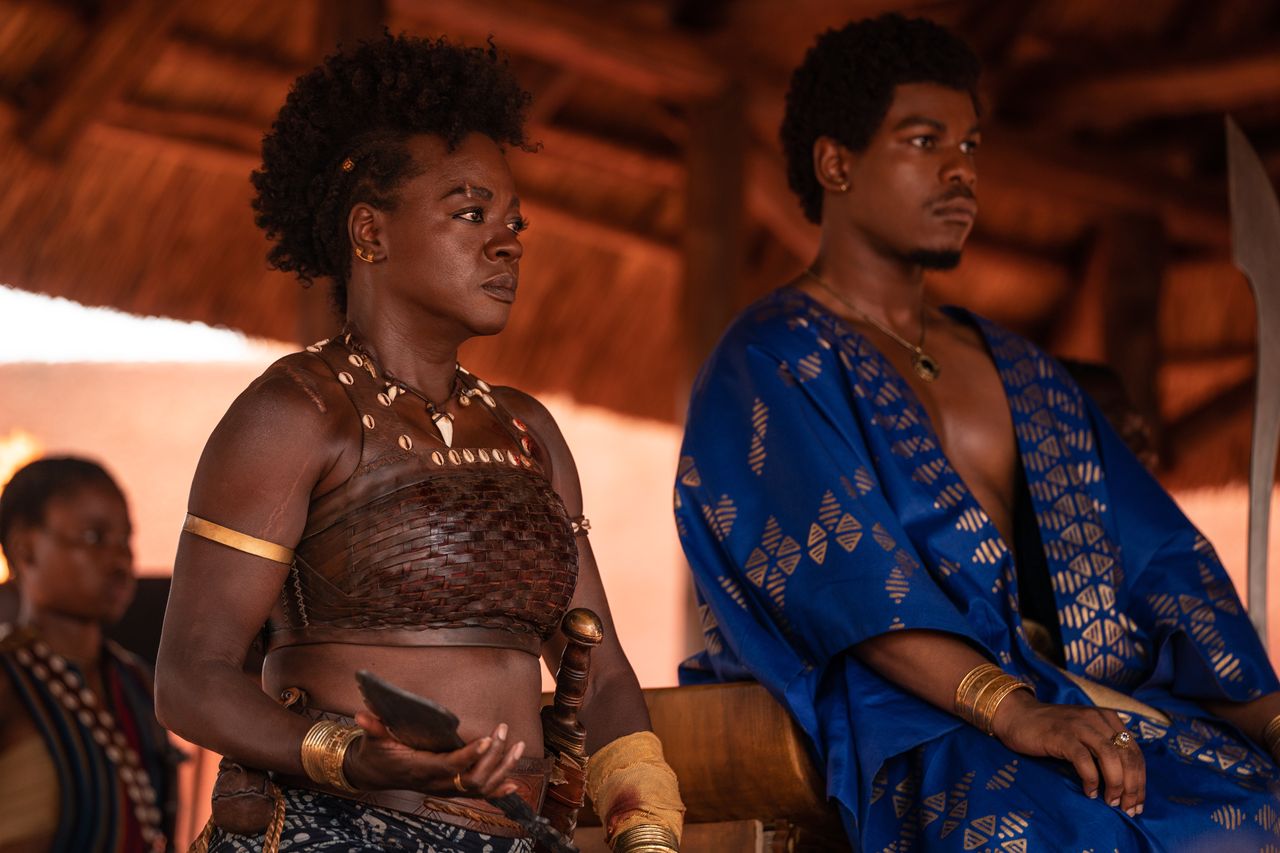 The Hollywood version of any script claiming to be based on a “true story” invites detractors to engage in a game pointing out any and every historical inaccuracy and narrative embellishment. Regarding The Woman King, Lucas takes the position that the “film’s conceit is, charitably, an elaborate exercise in wishful thinking.” At the heart of the matter: the one-sided depiction of a nation engaged in widespread enslavement being portrayed as philosophically abolitionist. Importantly, Lucas argues that The Woman King should not be held to a higher standard than the massive number of period films told from a white point-of-view, but the complete and complex argument should be read in full.

Clearly, most critics are on board with The Woman King no matter its historical misrepresentations. And Prince-Bythewood, a veteran whose 2000 debut feature Love & Basketball is a contemporary classic, stages the battle sequences with drive and clarity. But the script by Dana Stevens, based on a story by her and Maria Bello, falls back on oversimplification when it should be embracing nuance and complexity. A subplot involving a forbidden romance between Nawi and a stupefyingly naive businessman-sailor named Santo Ferreira (Hero Fiennes Tiffin) is wholly unconvincing. 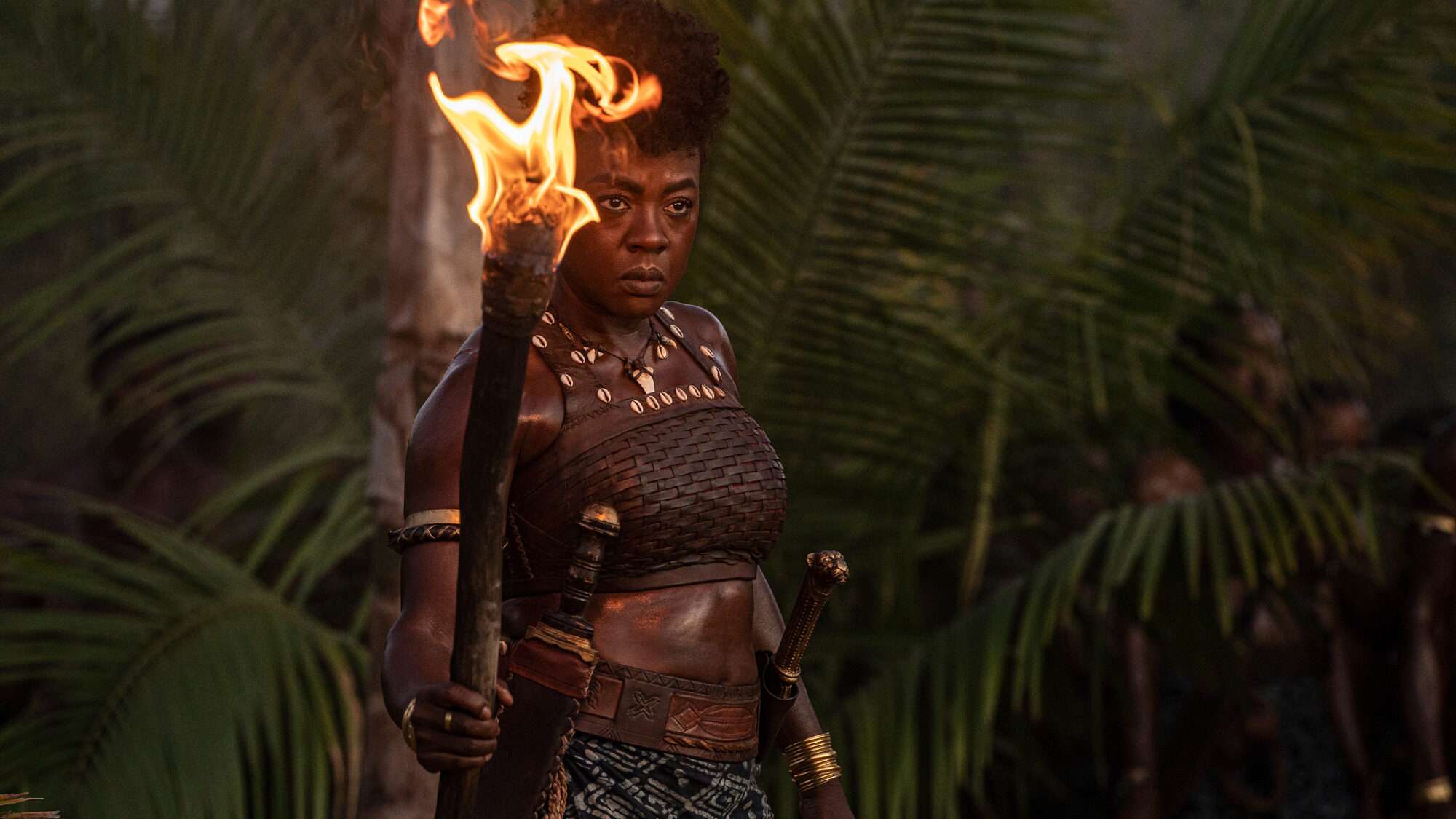 In an instant, it is plain to see that Davis is superior to her material. She plays Nanisca with unrelenting resolve, square-jawed commitment and looks (both her own gaze and her fearsome mien) that kill. Davis brings a weariness and sadness to the commander that speaks volumes about her feelings toward King Ghezo (John Boyega), a supremely self-confident monarch who clearly relishes his power as much as he enjoys the pleasure of his multiple wives. Like other elements in the film, the historical Ghezo differs from the fictionalized iteration. But for viewers who choose to focus on the adrenaline rush of the feminist warriors ready to challenge the patriarchy, The Woman King proudly wears its crown.