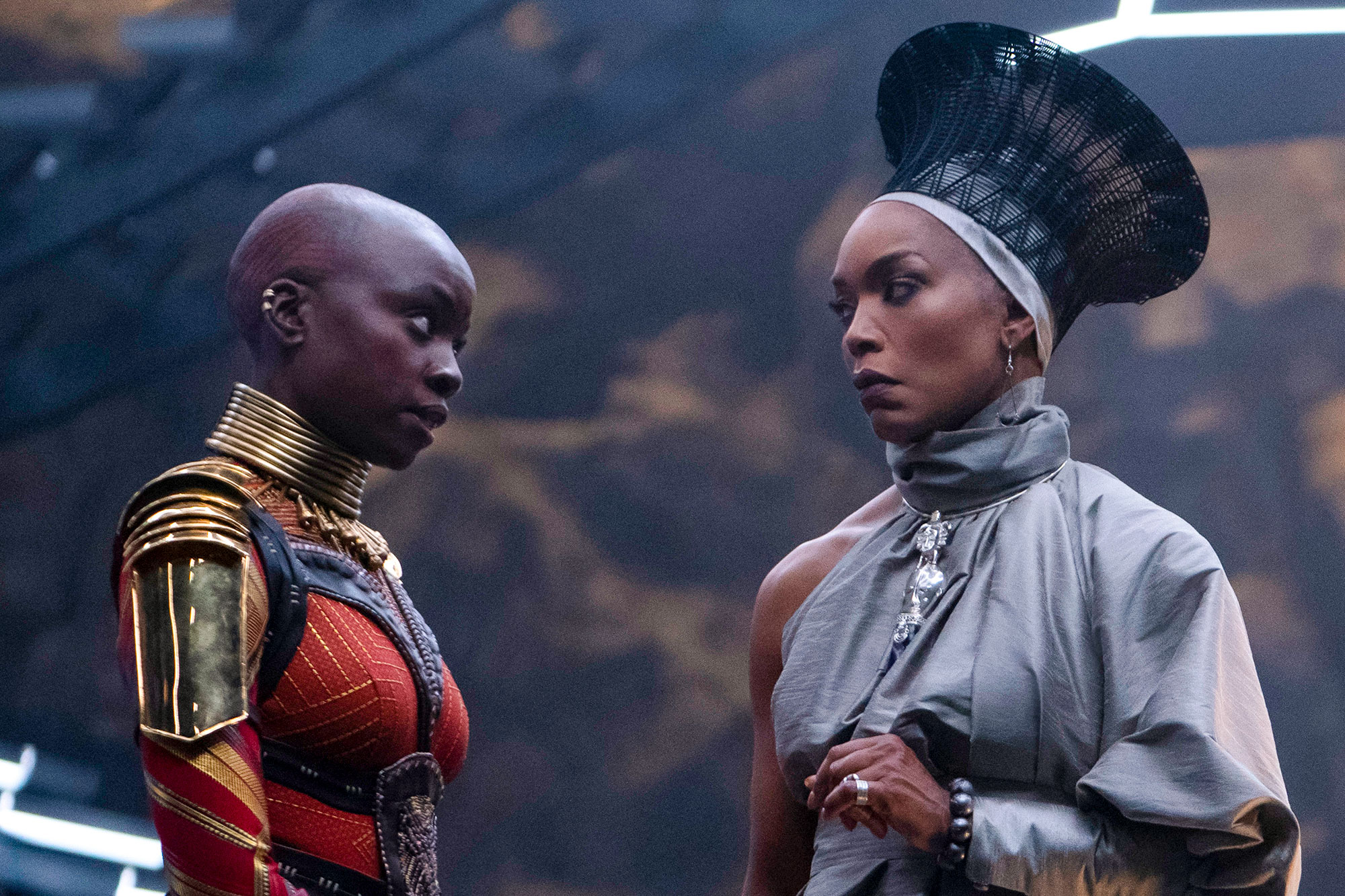 Despite the weight on the shoulders of Black Panther: Wakanda Forever, Ryan Coogler’s 2022 film manages to maintain a relatively contained story among its Marvel peers. It’s the best MCU movie this year and possibly the best since 2018’s Black Panther. It feels more like a movie than a compilation of fan service, comic book nods and trailers for the next thing. That’s not to say that Black Panther: Wakanda Forever is bereft of fan service, comic book nods or allusions to the next part of the serialized forever-story, all of which it must weigh and balance while attempting to make points about grief and loss alongside imperialism and neocolonialism.

Black Panther: Wakanda Forever is a tribute to the late Chadwick Boseman. In fact, the film shapes its plot around the loss of his franchise character, T’Challa. The questions that tragically followed the actor’s untimely passing are answered in Black Panther: Wakanda Forever. Letitia Wright reprises her role as T’Challa’s sister, Shuri, and becomes the film’s central protagonist, fighting through tragedy and rage to figure out how to protect Wakanda while the U.S. and France lead the U.N. in vying for access to the rare metal their society is built on — Vibranium. Tenoch Huerta Mejía is an intriguing foil as K’uk’ulkan/Namor, ruler of the underwater kingdom of Talokan (Coogler grafts the Aztec mythological paradise of Tlālōcān onto the Marvel Comics Atlantean culture), ready to strike at the surface world as their pursuit of resources beneath the ocean brings them closer to direct conflict.

Black Panther was a big deal when it released because it was a mainstream blockbuster with a primarily Black cast interested in ideas of racism, imperialism and neocolonialism. While consuming a Disney product can never be a radical act, and a lot has been made of the subsumption of radical themes into corporate art products, it still felt momentous in 2018 when Marvel’s genre-defining market-shaping superheroes were all primarily white males (in a step back from the 90s that gave us Wesley Snipes as Blade and Michael Jai White as Spawn). Marvel has diversified in race and gender since Black Panther’s release. Besides that context, Coogler’s 2022 movie tries to navigate and reinforce the themes of sovereign indigenous peoples avoiding subjugation. Namor wants to declare war on the surface before they can come to him, courting an alliance with the Wakandans. He also pursues the assassination of an MIT tech wiz (Dominique Thorne as Riri Williams) whose metallurgy class project was given to the government to seek Vibranium — this is the cause of their initial rift, as Shuri and Queen Ramonda (Angela Bassett, stirring and emotional in every scene) can’t abide this death. CIA agent Everett Ross (Martin Freeman) returns to remind the audience that he owes the Wakandans his life and that the U.S. would be behaving much worse if they were in possession of such a resource as Vibranium, while new-CIA Director Valentina Allegra D’Fontaine (Julia-Louis Dreyfuss) points out that, yes, they would like that very much.

The emotional stakes for the characters and the universe are heavy but don’t spill out into invoking the other Avengers (or that planet-being from Eternals). Black Panther: Wakanda Forever is a superhero movie with a lot to say and do, paced well for a film over 160 minutes long, but it still dumbs itself down at times because either the director or studio simply doesn’t trust the audience. For instance, in a character-defining moment of mercy by Shuri, Coogler’s editing collaborator Michael P. Shawver and his team felt the need to put every parallel moment in her and Namor’s stories back-to-back, reiterating narrative and thematic parallels. Coogler and co-writer Joe Robert Cole nonetheless ably orchestrate a narrative around Boseman’s loss with strong dialogue, with the main exception being Thorne’s Riri Williams, who feels the most tacked-on of any character, while being finagled into the plot in a way to create central importance, much as with Xochitl Gomez as America Chavez in this summer’s Doctor Strange in the Multiverse of Madness. Bassett’s performance is the most full of gravitas, and Winston Duke is excellent as an occasionally irreverent advisor. 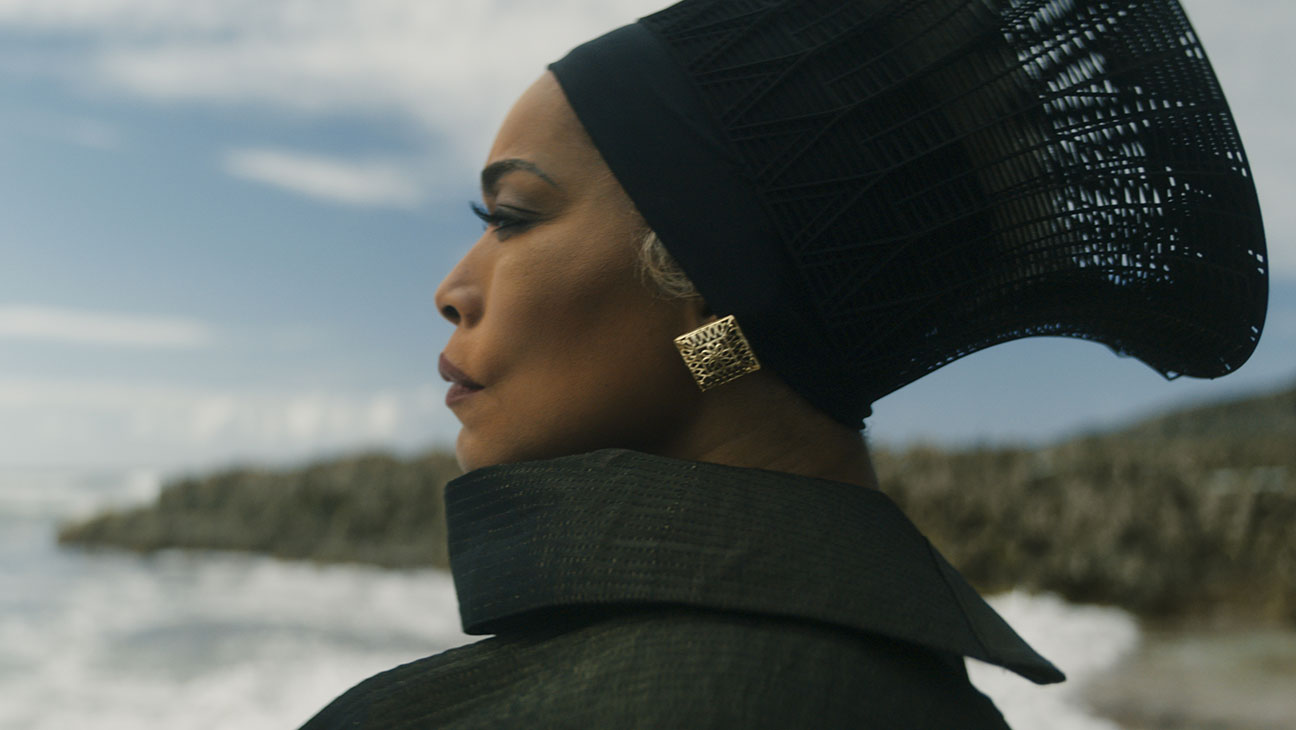 Still, Black Panther: Wakanda Forever doesn’t create space for a ton of interiority. Character motives and feelings must be laid out quickly and cleanly in time for the next fight scene to take place. There are so many small moments that could be movies all their own — viewers are introduced to the Talokans when their Sirens and warriors destroy a joint Naval-CIA expedition. The audience doesn’t have time to sit with the eeriness of watching men walk thoughtlessly to their own deaths while fighting mer-people. These movies all have so much going on, so many tremendous moments that could be a full drama film or action film or exploratory science fiction film on their own crammed together. And, smooth editing or no, Black Panther: Wakanda Forever moves at a very fast clip. But because it’s helmed by a good director with an authorial voice and vision who has been trusted after already succeeding financially for a production line machine, there is something of artistry within it.

Black Panther: Wakanda Forever incorporates CGI better than the first film while continuing to showcase distinct Afrofuturist images among the wash of increasingly samey-feeling, cheap-looking superhero fare made by crunching and straining digital artists. The construction of Talokan is like a more ethnographically interesting version of James Wan’s Atlantis in Aquaman; it complements the underwater effects of both films. And, much like the DCEU, Black Panther: Wakanda Forever has too much slow-motion causing distraction in action scenes, if not to the extent of the Snyderverse.

Black Panther: Wakanda Forever is constrained by its genre and studio from being a great film. It is nonetheless an entertaining one with intriguing characters and intense visuals. Black Panther: Wakanda Forever doesn’t require having seen 30 other movies to make sense of it, though its emotional heft comes from its connection to the first movie. Coogler’s 2022 production moves into the top tier of Marvel films, one of the few I may revisit in the future.

Kevin Fox, Jr. (@KevinFoxJr) is a freelance writer, editor and film critic. His work has appeared in Paste Magazine and People’s World. He has an MA in history, loves audiovisual entertainment and dreams of liberation.