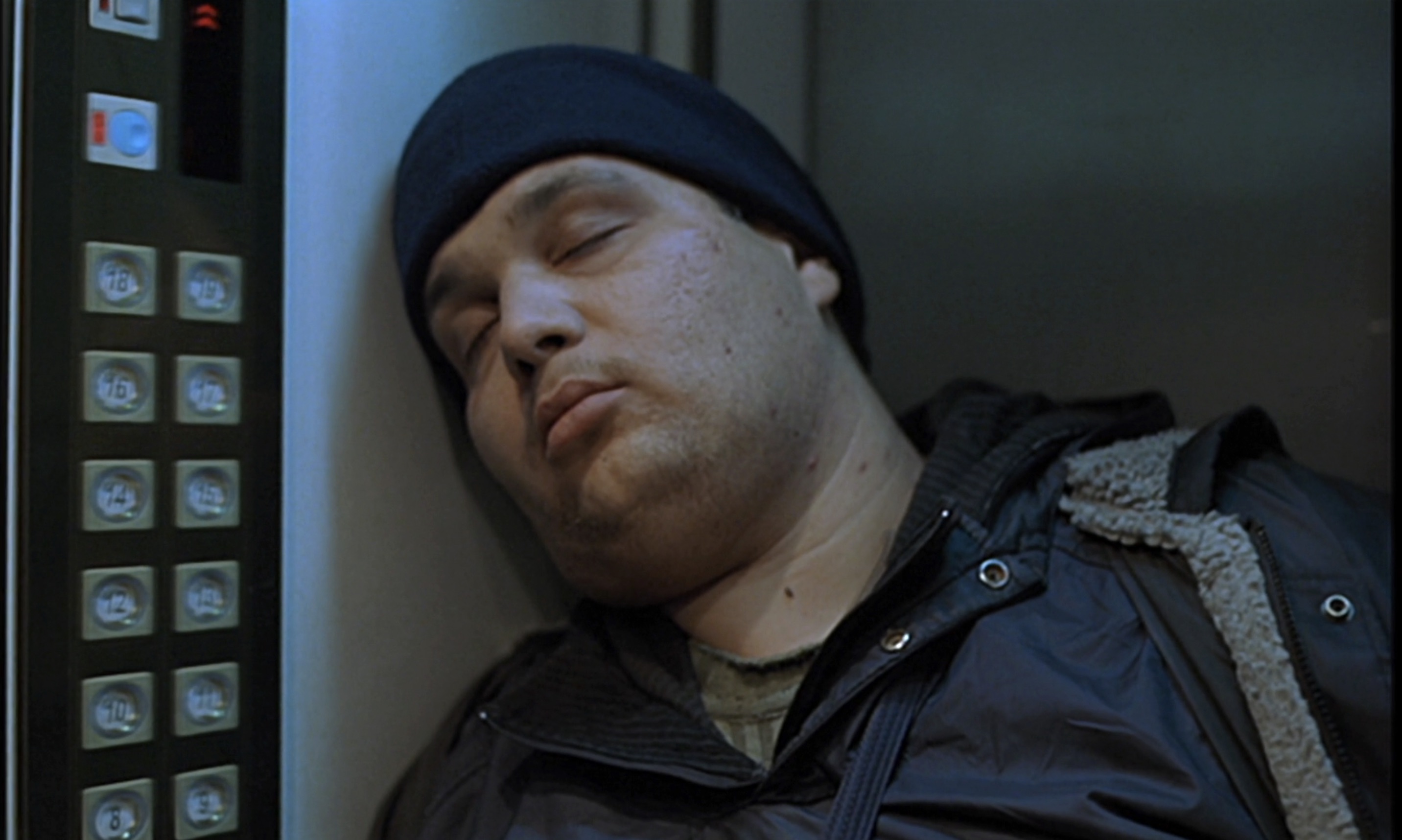 Rays of sunshine loom over the dark opening sequence in Jafar Panahi’s Crimson Gold. During a jewelry store robbery, a deep-voiced man snarls at street observers while planning his next move. He turns around and crumples like a coat while pointing a pistol to his temple. After watching Panahi’s first two films, The White Balloon (1995) and The Mirror (1997), which are family-friendly stories about Tehran children finding their way home, I expected a positive outcome — a sense of hope, proof of life, a spiritual awakening — during a first viewing of Crimson Gold. But the sound of a gun punctuates the introductory scene. Panahi’s third feature, a 2003 drama that The New Yorker’s Richard Brody astutely describes as “critical street poetry,” doesn’t come with a trigger warning. It’s a slice-of-life tale about the cold realities faced by a war veteran while delivering pizzas in a chaotic city.

Crimson Gold stars Hossain Emadeddin as Hussein, a Tehran native who steals purses and delivers pizzas. He hangs out with his future brother-in-law, Ali (Kamyar Sheisi), and gets upset when a jeweler refuses access to a high-end store. Hussein doesn’t say much; most of the character detail emerges through dialogue from supporting players. He’s a war veteran who gained a significant amount of weight because of medication and cortisone shots. Hussein is a physically imposing man yet doesn’t attempt to intimidate anybody; he’s described as both a “diamond” and a “saint.” When Hussein drives through Tehran on a motorcycle in Crimson Gold, he politely tells his fiancee to “please stop talking.” If the young protagonists of The White Balloon and The Mirror confront and/or embrace the chaos of Tehran’s street life, Hussein cuts through the noise and hopes to find brief moments of peace. 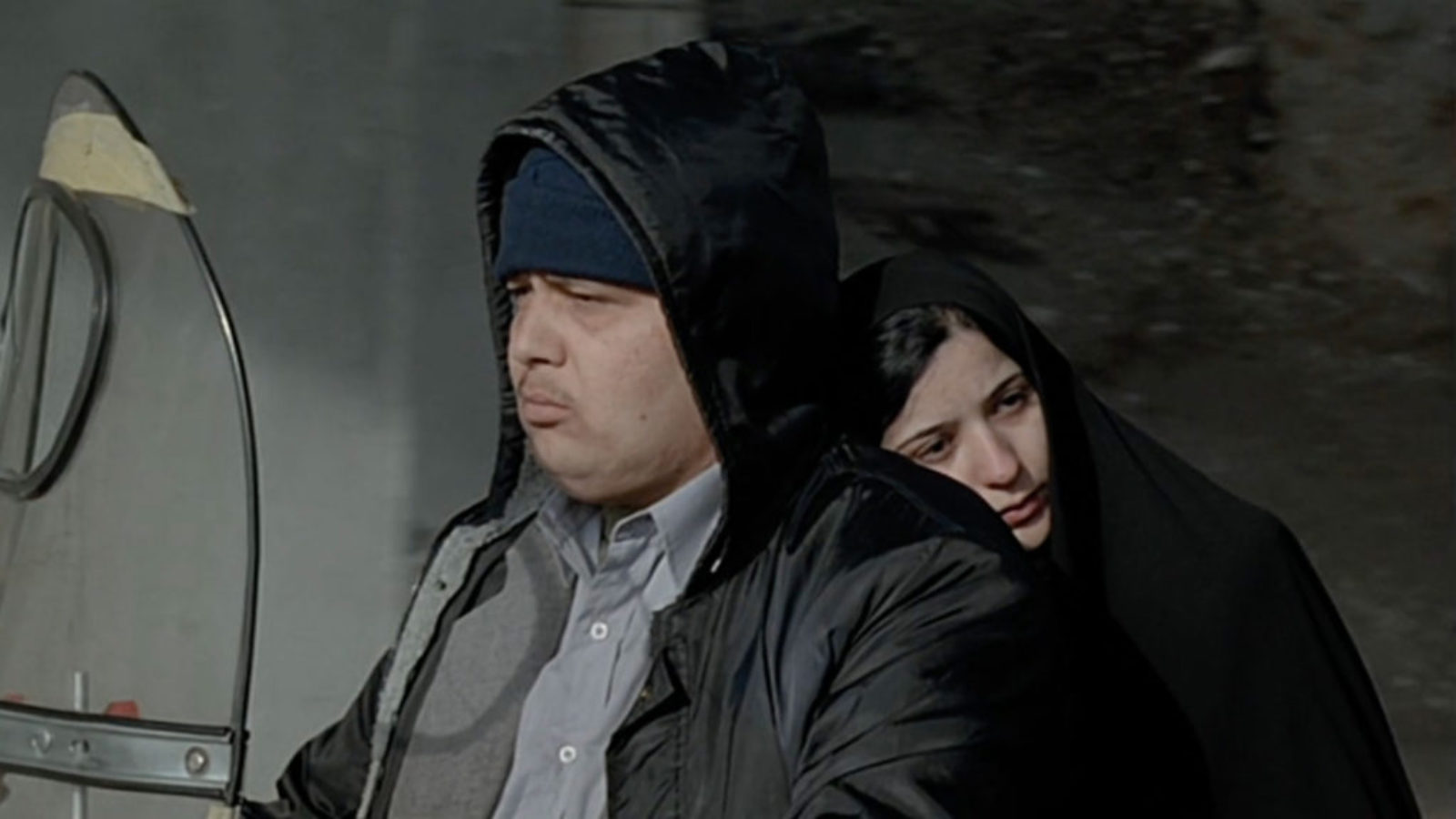 Panahi’s street poetry benefits from the steady use of radio music and community chatter, sounds that enliven the atmospheres of both The White Ballon and The Mirror. Visually, the filmmaker uses an apartment staircase as a metaphor for Hussein’s uphill journey in Crimson Gold. When the character quite literally comes down, he’s hassled by the police who detain partygoers for simply having fun; a moment that gives extra meaning to quiet vignettes involving Hussein. He’s a man who moves because it’s too painful to stop, evidenced in part by a telling bedroom sequence in which Hussein doesn’t even seem comfortable in his own bed. Crucially, Panahi refuses to identify one clear motive for the opening robbery. Hussein’s fiancee flat-out states that she doesn’t need or want jewelry. Everyone seems to appreciate the man for one reason or another, but physical and psychological issues (likely the result of war experiences) weigh him down. In today’s film culture, there’s a tendency for people to categorize others based on their appearance alone, but depression doesn’t really care about your skin color, privilege or background, just like COVID-19 doesn’t care about your political beliefs. When depression hits, it’s just there. With Crimson Gold, Panahi demonstrates this concept while informing viewers about the nuances of Hussein’s life. 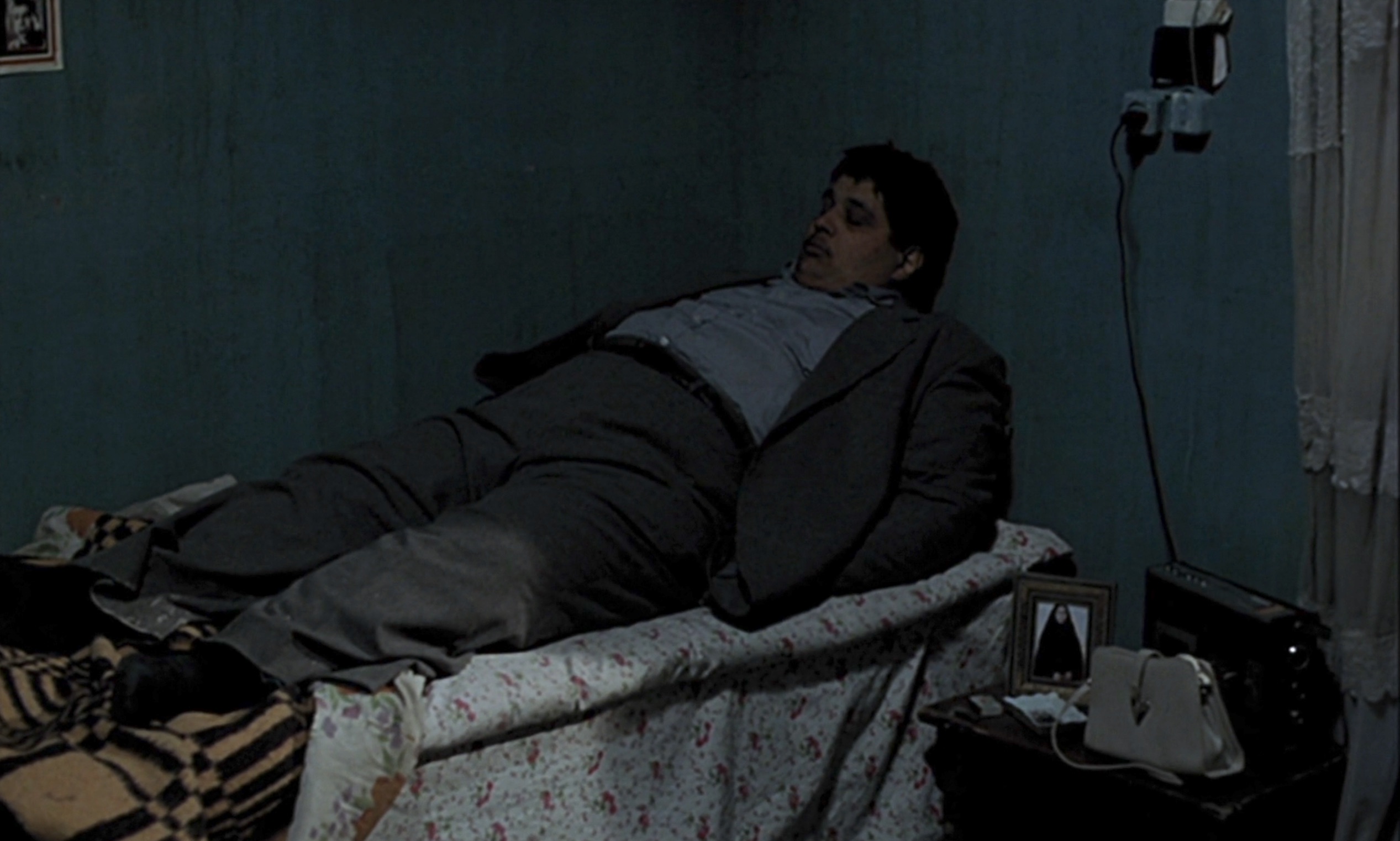 HBO Max’s Station Eleven — arguably the best TV show of the past year — resonates so deeply for many (certainly for me) because of the circle-back moments and the complementary use of needle-drop tracks. In addition, stunning performers like Mackenzie Davis and Daniel Zovatto help the audience deal with a difficult premise (a flu pandemic). Unfortunately, many people will miss out on Station Eleven because they don’t want to engage with a challenging narrative. In 2022, a film like Crimson Gold is a hard sell for the easily-offended “movie buff” because of the inherent dread. Importantly, though, Crimson Gold’s opening doesn’t show a violent death but rather implies a worst-case scenario. It’s that little bit of hope — that visible ray of sunlight that shines over Hussein as he makes a fateful decision — that allows for opposing interpretations.

Crimson Gold is available to stream at OVID.