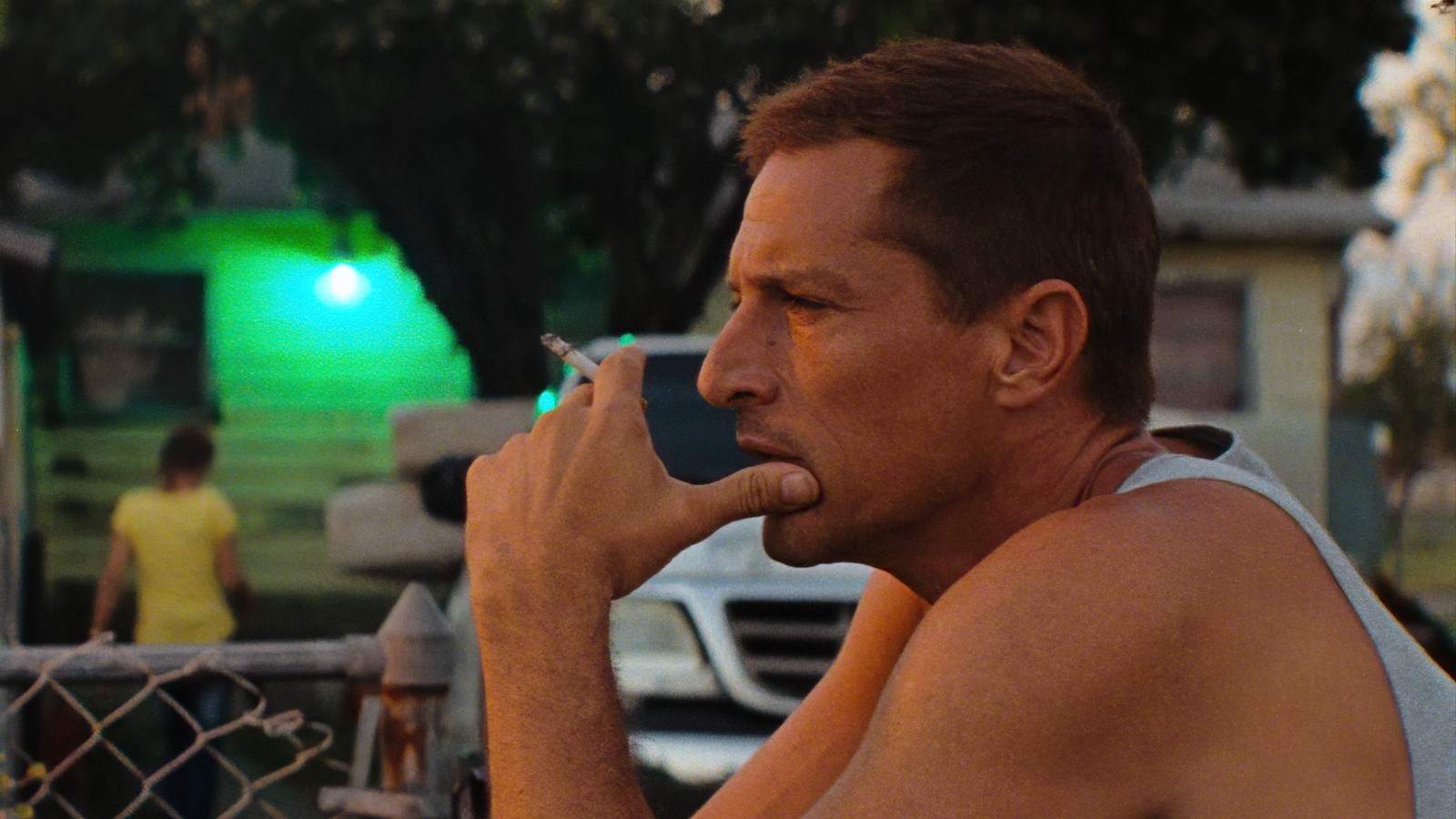 Multiple observers have pointed to Sean Baker’s practice of extending radical empathy to the characters who inhabit his fascinating, colorful film world. In Red Rocket, the American director continues to explore this territory with a high-wire balancing act that has energized critical debate and sparked conversation about the fictional depiction of reprehensible, immoral and illegal behavior as demonstrated by the charming, the clever and the charismatic. Of course, it’s nonsense to argue that the actions of antiheroic figures reflect a moral failing on the part of the director — from Tony Camonte to Tony Montana and Alex DeLarge to Travis Bickle, bad boys, bad men and bad man-children have populated plenty of classics.

I suspect that Baker, writing again with regular collaborator Chris Bergoch, has been taking heat on these counts in no small part because Red Rocket is so damn funny, blasting off with such an air of exuberance. Not unlike the way the Coens made The Big Lebowski into a curious recent period film via the Dude parroting George Bush’s admonishment of Saddam Hussein, Red Rocket takes place during the time leading up to the 2016 presidential election. Background references to Bill Clinton versus Donald Trump have led some to read the film as an affirmation of just how easy it can be to fall for the empty promises of those seeking (or seeking to retain) power.

Returning to Texas City, Texas from California with nothing but a black eye and a half-baked plan to get back on his feet, Mikey begs estranged wife Lexi (Bree Elrod) and mother-in-law Lil (Brenda Deiss) for a spot on the sofa. Their less than enthusiastic reactions tell viewers all they need to know about Mikey’s reliability, but they relent in exchange for household chores and rent money. The employment gap on Mikey’s resume baffles potential employers in a very funny Red Rocket sequence highlighting a series of interview failures. Unable to land a regular job, Mikey sells marijuana to oil refinery workers. Mirroring his domestic situation, he deals for a mother/daughter pair, and the way in which he relates to and interacts with the many women in his life bubbles with complexity.

Baker’s appreciation for even the smallest roles is a chief delight of Red Rocket (one of the best moments in the film is the exchange of looks between Mikey and the old man next door following what is most certainly Mikey’s biggest, most unforgivable fuck-up). Each one of the supporting cast members is terrific, but first among equals is Suzanna Son as Strawberry, the NSYNC-appreciating 17-year-old donut shop clerk groomed by Mikey for a triumphant return to Los Angeles and porn stardom. Each succeeding interaction between Mikey and Strawberry hoists another red flag, but the collaboration between Baker and Son is so skillful that you’re never quite sure whether Mikey is taking advantage of her or if she’s taking advantage of him.