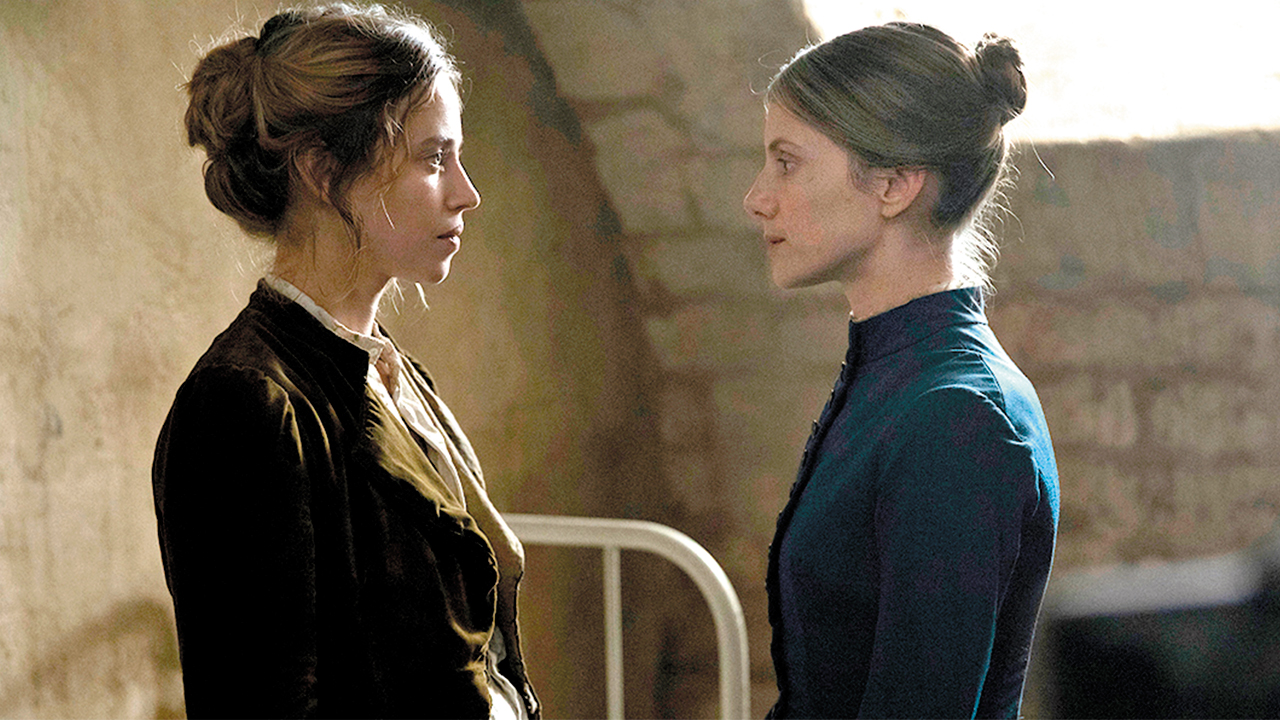 Much like how the dawn of the Donald Trump Presidency unwittingly transformed a so-so adaptation of The Handmaid’s Tale into event television, news headlines in recent weeks have ensured that The Mad Women’s Ball would premiere with a newfound prescience. Mélanie Laurent’s adaptation of Victoria Mas’ novel (Le Bal des folles) is broadly centered around a mental hospital where many of the female patients have been sent by the domineering men in their life, with the few males who work at the hospital exerting their control over them in unsavory ways.

With the Texas abortion ban and Britney Spears’ conservatorship still leading the headlines, The Mad Women’s Ball should feel like a timely call to action against male oppression, even if that isn’t the force directly driving the story. Instead, Laurent’s film underwhelms on arrival, prioritizing plot mechanics above all else, despite the continued, depressing relevancy of the story.

The Mad Women’s Ball follows Eugénie (Lou de Laâge), the daughter of a bourgeois family who is keen to show off her independence in a male dominated world by sneaking into high society events that women are traditionally not allowed to. Her standing in the family starts to change when she begins having intense hallucinations which she’s unable to hide from those around her. As Eugénie talks about being able to see spirits, her father makes moves to institutionalize her in the Salpêtrière mental hospital, where she soon becomes acquainted with head nurse Geneviève (Laurent). Aiming to convince the woman that her otherworldly visions are real, Eugénie plans to escape and find people who believe in her on the busiest night of the year at the Mad Women’s Ball, where patients are dressed up for Parisian high society to come and gawp at.

Mas had no creative involvement with The Mad Women’s Ball, which may be why Laurent’s film feels so lacking in any intrigue with regards to its setting, as it seems like a verbatim adaptation of the novel’s plot with little interest in the historical significance of the world around it. The asylum, and the cult leader-adjacent man who runs it (Dr. Charcot, played by Grégoire Bonnet), are all part of a largely forgotten history the source material explores in greater depth. Mas has spoken about how although her novel focuses on an upper class woman, it’s mostly working class women who are admitted to the institution — their social status means no documents for them exist, their rich histories fade with time. These are all ideas Laurent’s film doesn’t grapple with, working neither as a historical monument or timely allegory. The Mad Women’s Ball is a squandered opportunity when considering the richness of both the source material and the many stories encapsulated within the asylum walls.

Where The Mad Women’s Ball does succeed is in the moments where Laurent fully gives herself over to the inherent gothic horror of the premise. Early sequences in which Eugénie succumbs to her visions of spirits are the most unsettling images in a film that otherwise fails to provoke a reaction of any sort. Mostly, this is because its depiction of life in the asylum feels overly familiar; the treatments patients forcibly receive, from hypnosis to baths of ice, have long been used as visual shorthand for period dramas within this setting. 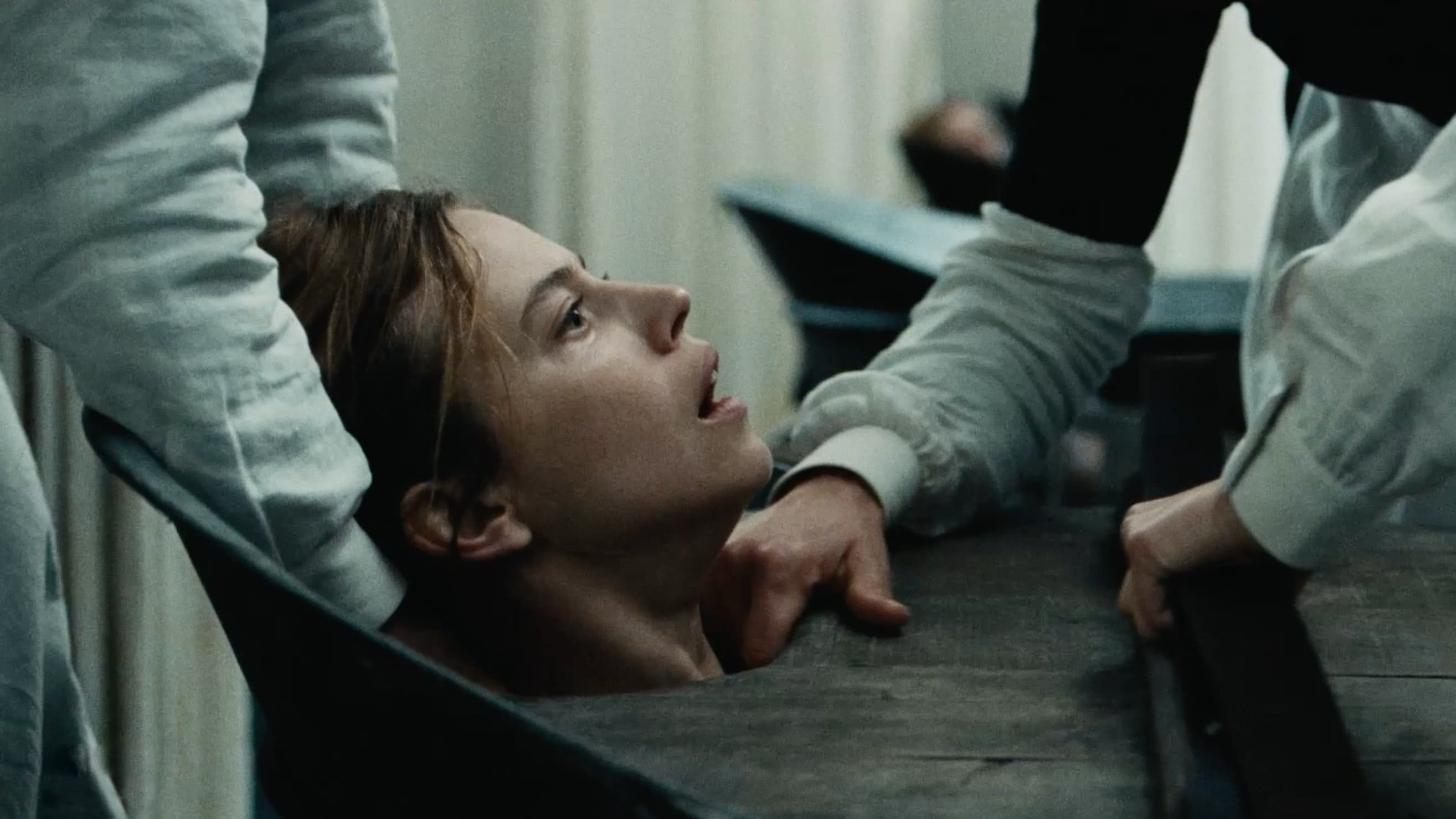 At one point, it occurred to me that Laurent liberally applied many of these beats in a way that brought to mind two separate Ryan Murphy miniseries, 2012’s American Horror Story: Asylum and 2020’s Ratched. The most surprising thing is that Murphy’s less carefully handled approach to the subject is of greater interest — for all his faults, he’s a writer plugged into the social mores of every American era he depicts. The Mad Women’s Ball is just a self consciously prestige repackaging of many of the same themes. The few moments it lets its hair down to embrace the gothic are the only times it has anything resembling a pulse.

It’s increasingly hard to fathom what makes Laurent tick as a director. She’s previously stated that her favorite aspect of the filmmaking process is writing, and yet The Mad Women’s Ball’s screenplay (co-written with Christophe Deslandes) feels like it was streamlined down to its most elemental features. It’s an economical approach to adaptation that in many circumstances would be a positive attribute. With The Mad Women’s Ball, however, Laurent fails to do any justice to many of the source material’s weighty themes. At best, the film can only be considered an admirable adaptation attempt, an experience that will leave many viewers wishing they just read the book instead.