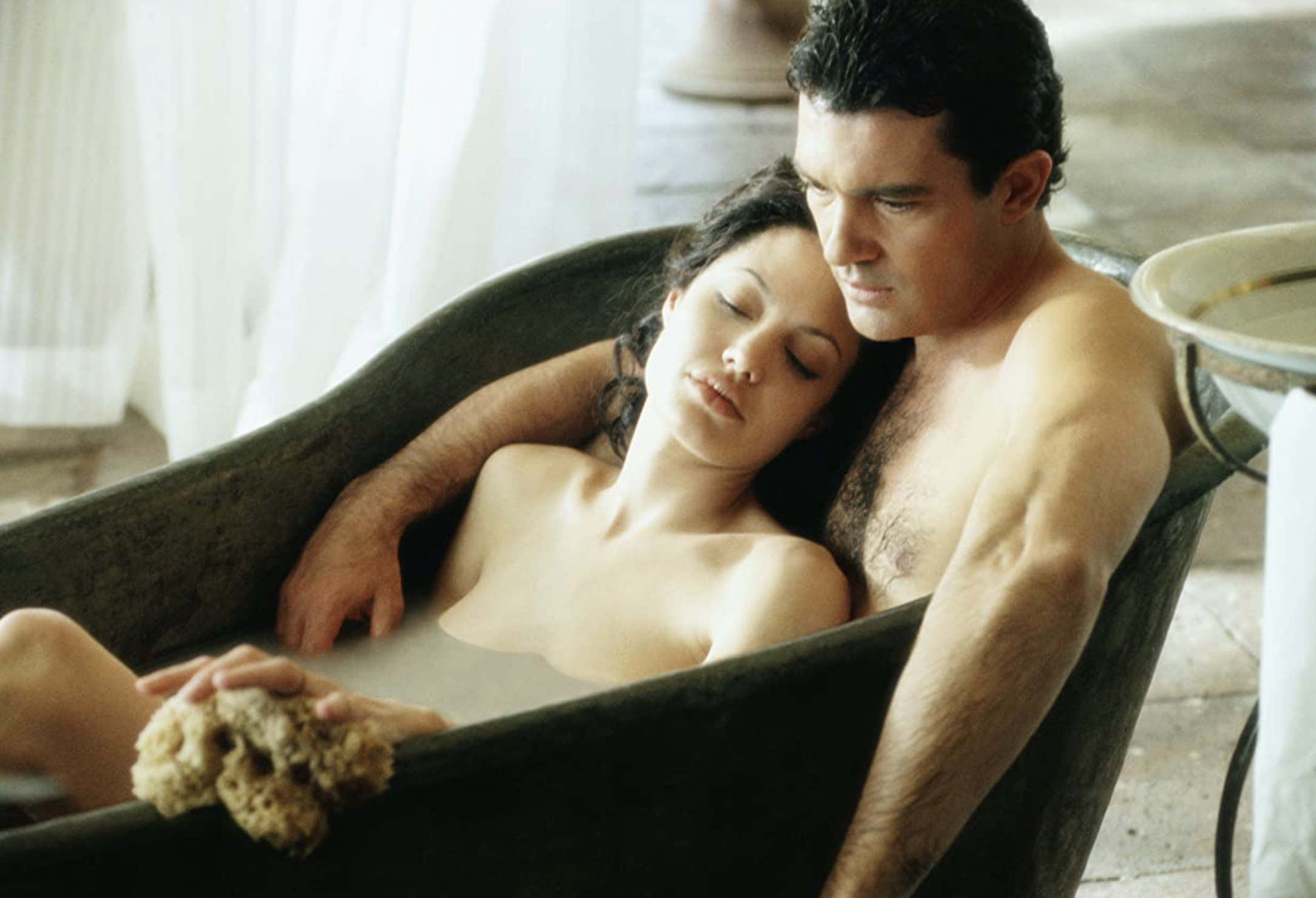 Angelina Jolie has carefully curated her image as an activist and international humanitarian, and the minimal acting roles she’s taken in the past decade reflect her dedication to preserving that wholesome, almost beatific image. That’s not to say that every movie Jolie appears in is a serious drama with a political message, but her onscreen roles tend to be in safe mainstream productions like the Maleficent movies or Marvel’s upcoming Eternals while she channels her social consciousness into her work behind the camera.

The Angelina Jolie of 2021 would never star in a movie like 2001’s Original Sin, and that’s a loss for audiences, even if very few people initially went to see the movie that opened 20 years ago this week. Written and directed by playwright Michael Cristofer, Original Sin is a campy, lurid melodrama, with Jolie fully embracing the role of a sultry sexpot. It’s also quite possibly Jolie’s best role, or at least her most entertaining. There’s more seductive danger to the con artist known alternately as Julia Russell and Bonnie Castle than there is in Maleficent across two feature films.

Cristofer, who also directed Jolie in her breakout role in 1998’s Gia, knows exactly what kind of asset he has in his star, and the first actual shot of Original Sin is a close-up on Jolie’s lips as her character launches into a story of seduction, murder and deception. The film is based on Cornell Woolrich’s 1947 novel Waltz into Darkness, and it has the feel of a 1940s noir, with Jolie as the dangerous femme fatale who’s guarding a literal trunk full of secrets. (François Truffaut previously adapted the book in 1969 as Mississippi Mermaid, starring Jean-Paul Belmondo and Catherine Deneuve.) Cristofer moves the setting from the novel’s 1880s New Orleans to Cuba in the same time period, where wealthy coffee merchant Luis Vargas (Antonio Banderas) has sent away for a bride from the United States. 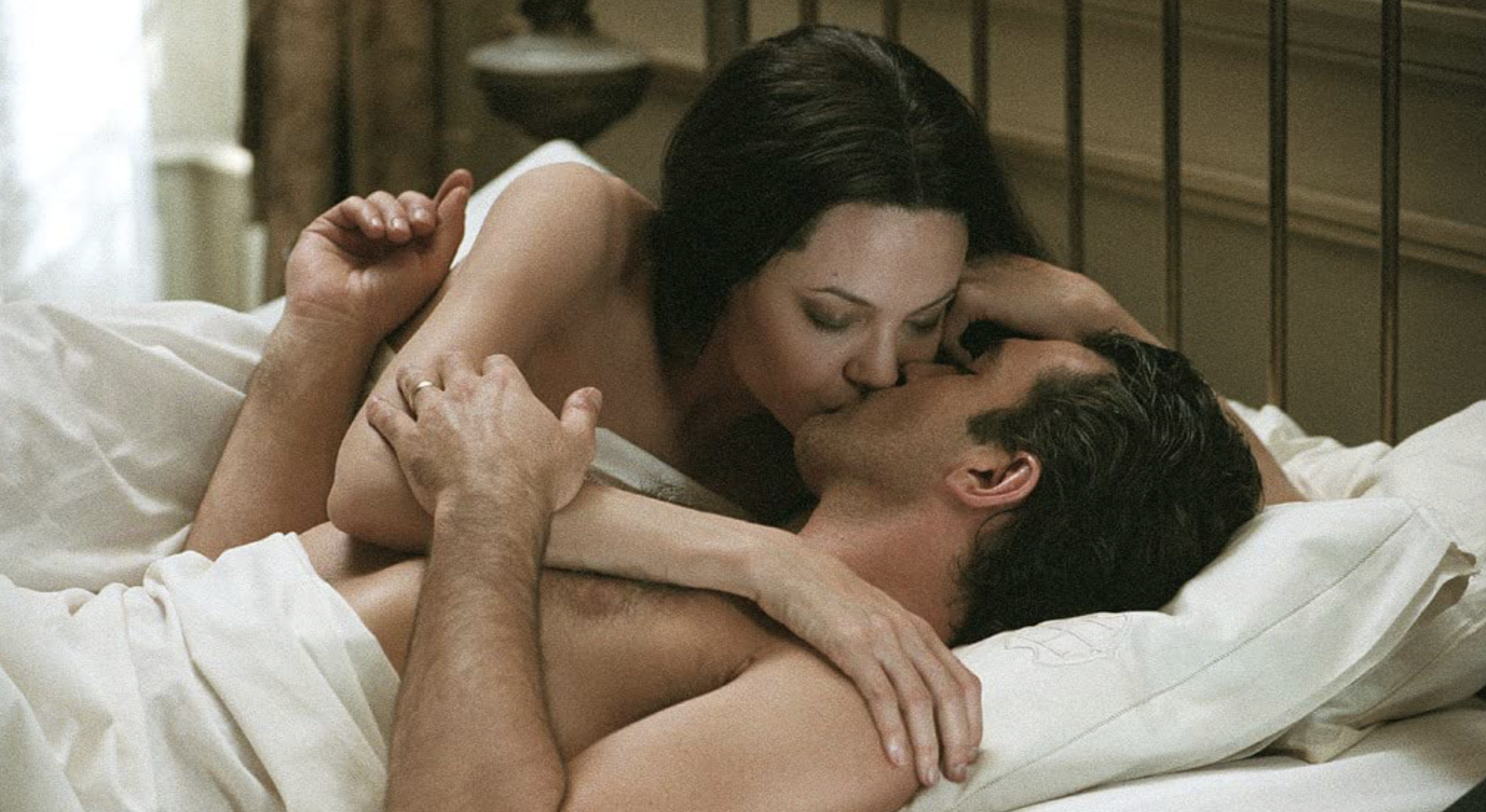 Luis has a picture and a packet of letters from Julia Russell, but when she arrives on a ship from Delaware, she neither looks nor behaves like the humble, homely woman Luis expected. She claims to have sent a false picture so that he would judge her only on her character and not on her looks. Luis buys this story in part because he has claimed in his letters to be a clerk, rather than a rich businessman, for the same reason of avoiding judgment. “We are both not to be trusted,” Julia says playfully, and the naughtiness of Jolie’s raised eyebrow is all the foreshadowing needed to indicate how true that statement will be.

For the first 30 minutes of Original Sin, though, Julia and Luis luxuriate in marital bliss. Per the terms of their arrangement, they’re married on the same day that Julia arrives, and Luis treats his new bride as the fragile flower she made herself out to be in her letters. “I’m shy of these things,” she tells him on their wedding night, but the way she says it sounds like a come-on rather than a demurral. They spend that first night in separate beds, but Julia brings Luis coffee in bed the next morning (she says her prudish sister calls it “a sinful pleasure”), and when he later gives her a tour of the coffee fields, it’s not long before they’re making out behind a tree.

So, it’s no surprise when a private investigator named Walter Downs (Thomas Jane, in a gloriously ornate mustache) turns up looking for Julia Russell, or when the entire ruse comes crashing down, and Luis arrives home to find Julia — and all his money — gone without a trace. But what makes Original Sin such a delight is that Julia bilking him out of every penny he ever earned somehow only makes Luis more attracted to her, and she finds him just as irresistible. It’s a kinky relationship closer to the central dynamic of Paul Thomas Anderson’s Phantom Thread than to a typical noir storyline. “You’ll be the death of me,” Luis tells Julia when he finds her backstage at a playhouse, possibly conspiring with the actors. “I hope so,” she responds, and that exchange drives both of them into a sexual frenzy.

Cristofer captures the sweltering environment of 19th-century Cuba, and you can practically feel the sweat dripping off of the characters. The visual style recalls William Wyler’s 1940 Malaysia-set noir masterpiece The Letter, starring Bette Davis as a plantation manager’s wife accused of murder, who gradually reveals the truth behind her actions. Of course, Wyler couldn’t show the kind of steamy sex scenes that Cristofer relies on, and Original Sin just as strongly recalls a movie from just a few years earlier, John McNaughton’s Florida-set thriller Wild Things.

Like Wild Things, Original Sin keeps its plot twists coming throughout its entire running time, each one more overheated than the last. Both movies titillate with queer sexuality, and here Walter is clearly meant to be bisexual, telling Luis, “For real intercourse, I prefer the company of men.” Later, he taunts Luis by mimicking Julia’s seductive responses, even giving Luis an open-mouth kiss, a daring move for a mainstream movie in 2001, and one that Cristofer gets away with in part because it’s portrayed as an act of cruelty rather than sensuality. “If I kiss you now, will I taste her on you?” Walter asks, the men using each other as proxies for the absent Julia. 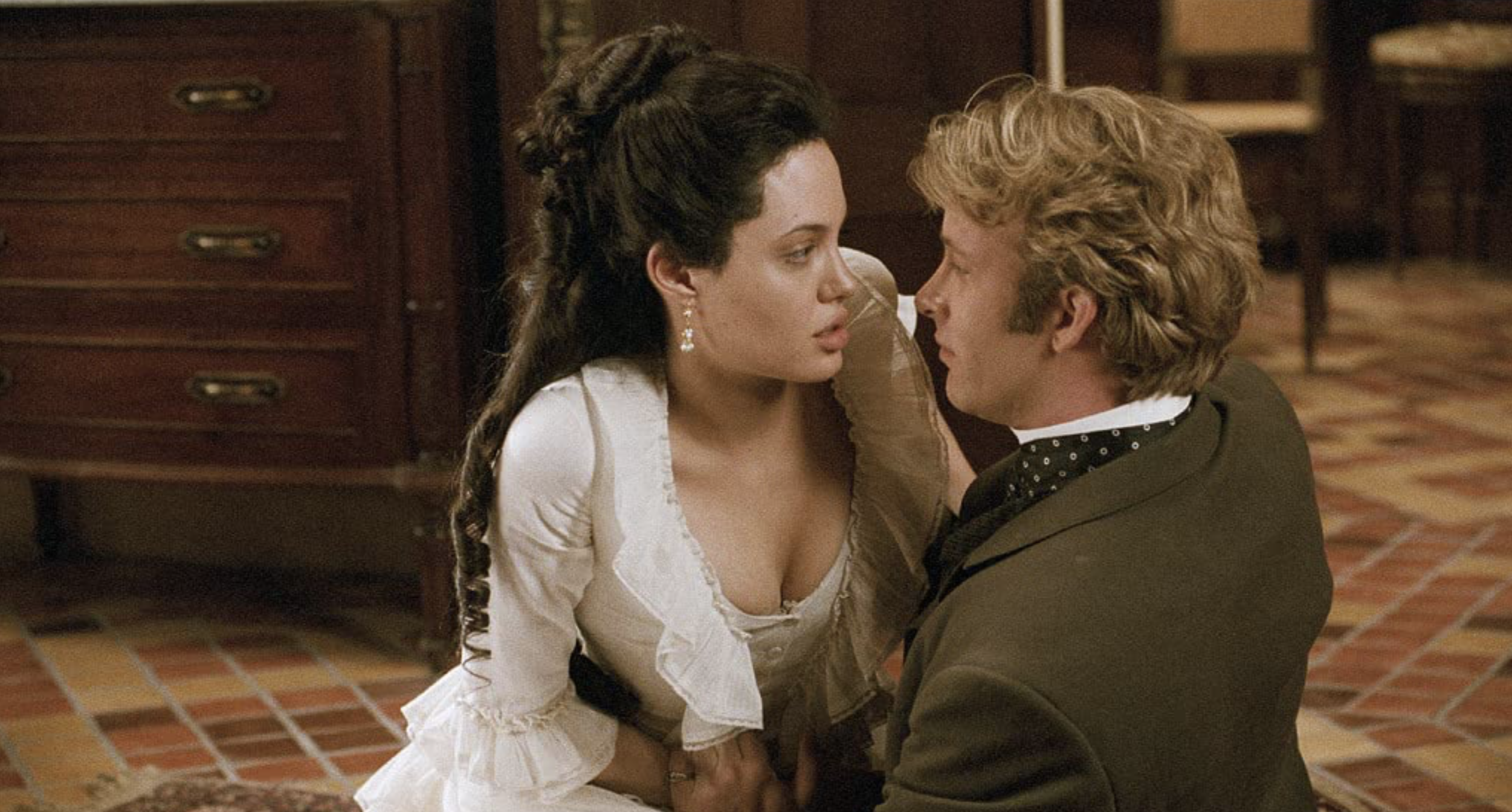 Ebert wouldn’t have known it at the time, but Jolie never again gave a performance so daring, never again delivered dialogue with that sneering sensuality. Cristofer didn’t direct another movie for nearly 20 years. Perhaps they were both chastened by the negative response to Original Sin, steering away from such blatantly erotic material (although Cristofer did get a chance to release an unrated cut of the movie, with two extra minutes added to the sex scenes). Twenty years on, some of Original Sin now feels quaint, while other moments (particularly the variety of positions in Julia and Luis’ initial sex scene) are still bracing. It sits ready for a reappraisal in the current discourse about sex onscreen, with Jolie’s lips poised to entice viewers into Julia’s story anew.

Josh Bell (@signalbleed) is a freelance writer and movie/TV critic based in Las Vegas. He’s the former film editor of Las Vegas Weekly and has written about movies and pop culture for Syfy Wire, Polygon, CBR, Film Racket, Observer and more. With comedian Jason Harris, he co-hosts the podcast Awesome Movie Year.