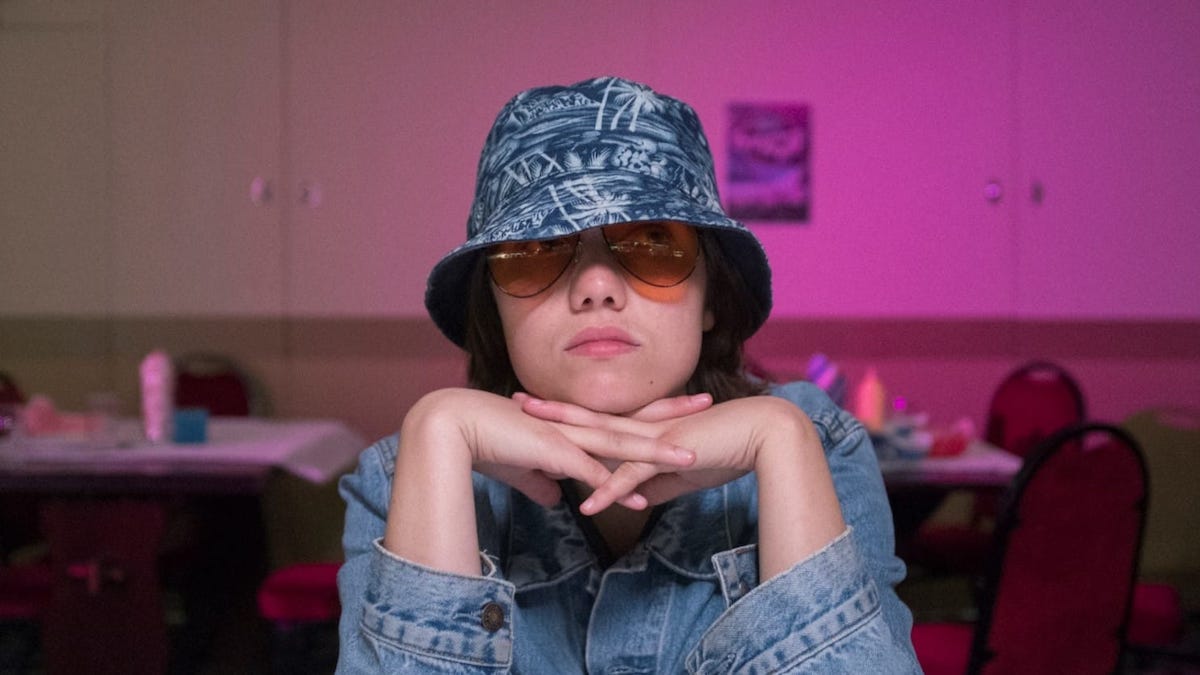 There’s something oddly reassuring about how the central dilemmas of teen comedies never evolve over time. In Sweetheart, the angsty protagonist AJ (Nell Barlow) feels like a modern reclamation of the teen movie archetype most famously embodied by Ally Sheedy in The Breakfast Club; the shy teen with a spiky attitude, who uses abrasiveness to mask her own identity struggles. During Marley Morrison’s 94-minute drama, AJ awkwardly navigates a crush on a popular girl, her patchy relationship with her family and the ever persistent crisis of personality that every teenager goes through. Sure, the anxieties of teens may be a lot different to what they were in John Hughes’ heyday (an undercurrent of climate pessimism colours the way AJ views the world and her purpose in it), but their daily struggles will always revolve around arguing with their parents and trying not to embarrass themselves in front of crushes. It’s a rite of passage as certain as death and taxes.

The British teen movie has always been the antithesis of the American teen movie, devoid of the Hollywood sheen that makes even the most embarrassing coming of age moments seem so idealised. It’s this comparative earthliness that makes Sweetheart so endearing in spite of its conventions, centering on an archetypal figure who would normally be a supporting player in a teen comedy. Morrison’s film is a million miles away from the high school problems on the other side of the Atlantic, but it’s very much indebted to those teen movie conventions. Sweetheart doesn’t offer many innovations to the genre, but it does breathe a little life into it. 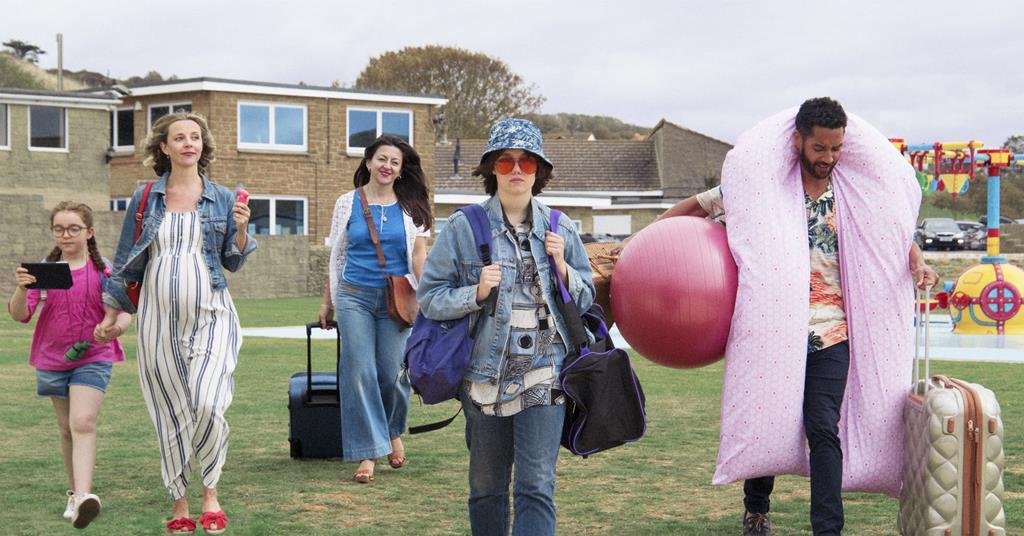 AJ reluctantly agrees to go on a family caravan holiday with her mother (Jo Hartley) and younger sister, meeting up with her pregnant sister Lucy (Sophia Di Martino) and her partner Steve (Samuel Anderson) upon arrival. AJ is the black sheep of her family, who are well meaning but clumsy in how they convey advice; they’re accepting of her sexuality, but are concerned with every other aspect of her behaviour and dress sense. One day, AJ meets lifeguard Isla (Ella-Rae Smith) and becomes immediately smitten. Isla seems to reciprocate her crush, but AJ remains cautious, as she seems to have a crush on another holiday camp employee. Over the week, she tries to find a way to work out where Isla’s attractions lie, all the while pretending she’s an 18-year-old on a gap year, and not a 17-year-old with no idea what direction to take in life.

The way Sweetheart approaches the topic of AJ’s sexuality isn’t groundbreaking, but in a world where queer coming of age stories are still defined by the “coming out” part, it feels refreshing all the same. Here, AJ is out to the people in her life, with her crisis of identity boiling down to feeling like a black sheep both at home and in the outside world. Her family members are accepting of her sexuality, albeit in a manner that comes across as clumsy at best, unintentionally homophobic at worst; one funny moment of tone deaf parenting comes when AJ’s mum insists lesbians don’t have to dress in the manner she does, and that her daughter should aspire to look like Jodie Foster, a famous lesbian singled out for praise for not looking like a stereotype. When Sweetheart does make missteps in this area, it’s in the later stages of the second act when AJ decides she should try get intimate with a guy to reaffirm her sexuality; a moment I imagine will ring true for many gay and lesbian viewers, but one that remains a narrative cliche and feels even more retrograde when considering that the protagonist’s sexuality is introduced as an accepted factor. 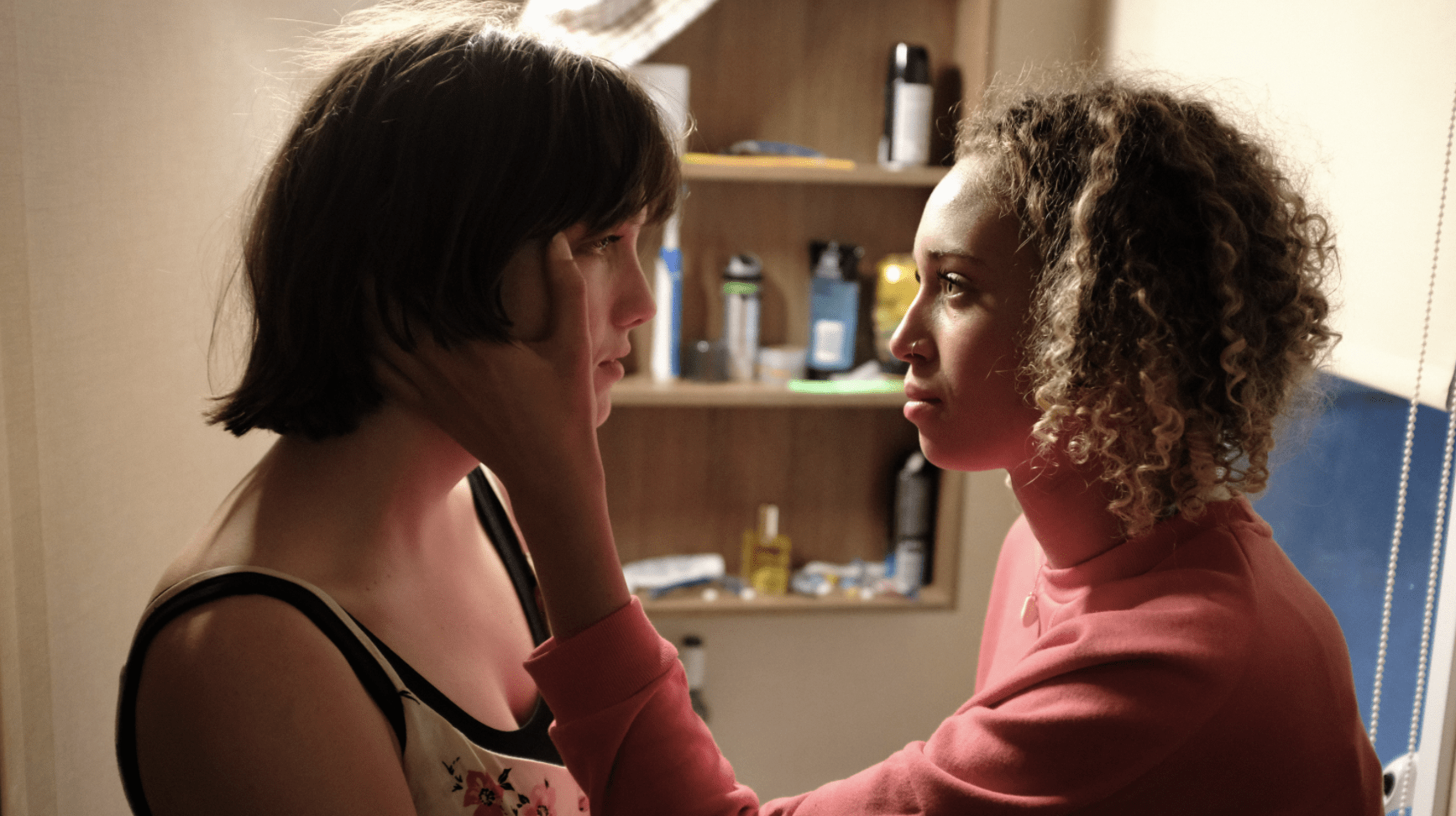 The distinctive Britishness of Sweetheart comes out in the setting; a coastal caravan park, a popular holiday haunt amongst British families, despite being universally accepted as a bit crap. The forced fun the setting threatens — prioritising live entertainment and activities for children and elderly people — makes it the perfect location for a black sheep and fish-out-of-the-water story all in one fell swoop. The best British coming of age movies are the ones that transplant familiar tropes onto quintessentially British settings, and Sweetheart would make for a solid double bill with Simon Bird’s recent directorial debut Days of the Bagnold Summer — another film about a strained relationship between an old fashioned mother and awkward teenage child, albeit one that’s set during the long summer holidays in an anonymous lower middle class suburbia, applying some renewed cultural specificity to a story told countless times before.

Sweetheart is never quite as funny or as charming as Days of the Bagnold Summer, in part by design — AJ may be a painfully relatable character for any former awkward teen, but she’s not easily likable. What Sweetheart does share is a distinctively British DNA, and in a time when the most successful British coming of age stories (such as Netflix’s Sex Education) are reimagining our high school years as heightened John Hughes tributes, it’s great to see teen stories getting brought back down to earth.