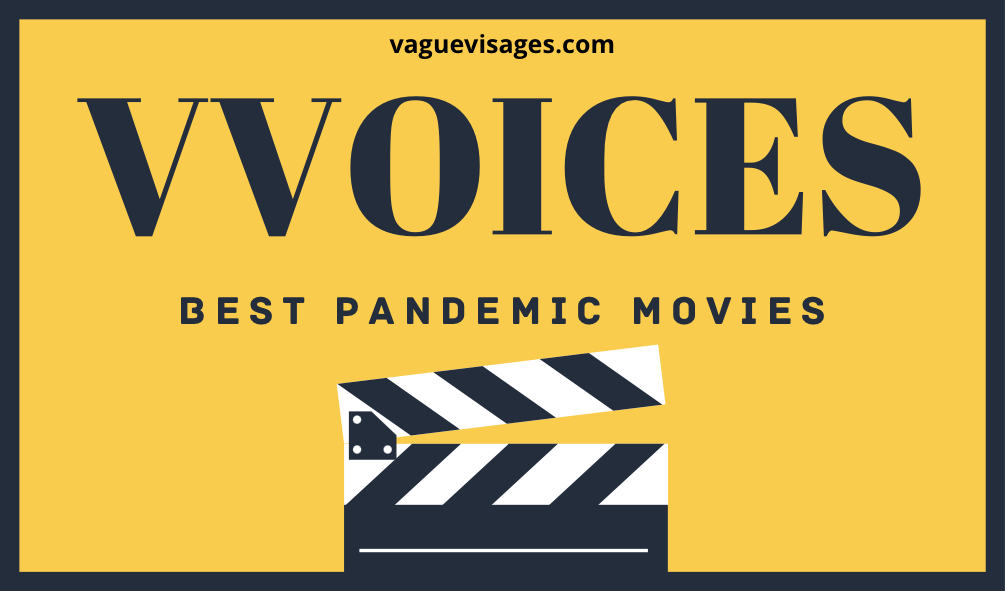 In the third Vague Visages’ VVoices survey, various film critics offer their takes on the most effective pandemic-themed movies. 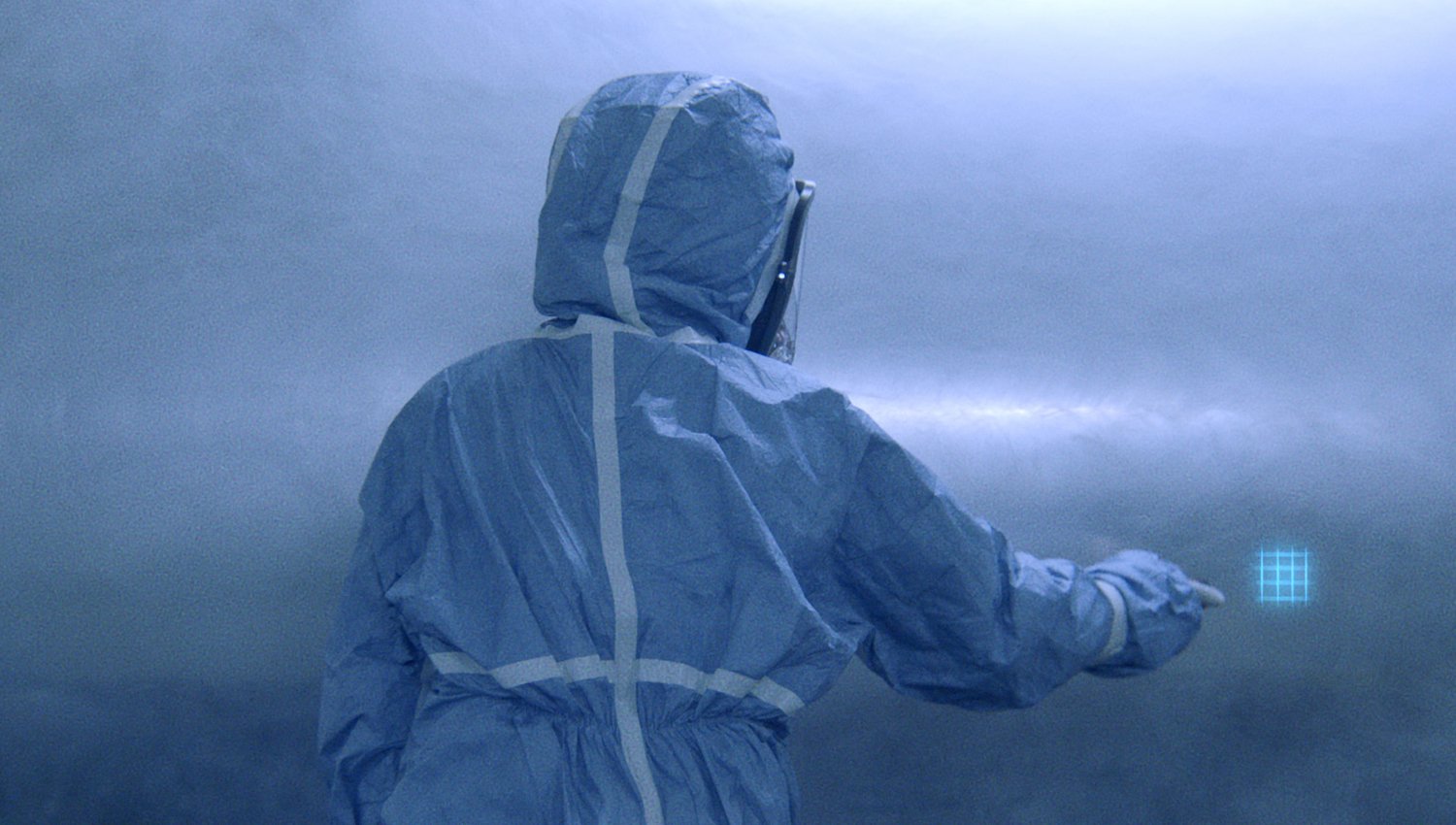 When people think about “pandemic” movies, the first association that comes to mind is genre cinema — body horror or post-apocalyptic flicks where the violation of one’s physical autonomy along with the grand-scale sociopolitical upheaval are turned into Spectacle. There are other forms of viral malaise, though — seemingly invisible yet damaging the soul beyond repair. Pella Kågerman and Hugo Lilja’s Aniara is the sci-fi version of Decameron, or better yet Heptaméron, as a spaceship on a routine transfer from Earth to Mars goes out of course and is left floating among the stars for an indefinite period of time. How life adapts to this compulsory lockdown by inventing new structures, gestures and meaning, only to demolish them all with rage and despair, is a stunning, slow-burning story that lingers under the skin. And what if the actual disease is the sum of “all people” (pan-dēmos)?

My admiration for the narrative skill of Michael Crichton originated with my youthful fascination with Steven Spielberg’s Jurassic Park series. Now, recent events draw me to contemplate the authentic danger and distress inherent in another Crichton adaptation, Robert Wise’s 1971 film The Andromeda Strain. The director’s faithful adaptation is a cold, calculating, techno-thriller, which is the product of a medical professional’s mind. It depicts an elite four-person science team investigating the mysterious crash of a U.S. research satellite which appears to be contaminated and kills the populace of a town, sparing an old man and an infant. When immersed in its threatening scenario, it’s easy for viewers to believe that the science and technology on display is genuine and, most disturbingly, highly possible. According to filmsite.org, The Andromeda Strain is one of the first films to use advanced computerized effects, and possibly contains the first use of computer 2-D map rendering. Fans of Resident Evil 2’s underground laboratory will likely detect parallels to the 5-story cylindrical underground laboratory codenamed “Project Wildfire.” Wise’s sense of direction is sharp and straight to the point, as he and writer Nelson Gidding embrace the Jack Webb mantra “Just the facts, ma’am.” Text scrolls on the bottom of the screen, which informs the audience of the precise time and location of each scene (due to the story’s nonlinear structure), but also yields a sense that events are being recorded and archived for future scientific study. Parallel and split screen panels showing dead bodies heighten the sense that the protagonists are up against a cold, disconnected scientific killer, as well as break up the monotony of elevator passage sequences. Fans of 24 and Jack Bauer will approve. Just like in Wise’s 1963 film The Haunting, he goes to great lengths to give the Wildfire base a truly claustrophobic ambiance. This heightens the sense of anxiety and cabin fever that the characters experience, giving The Andromeda Strain its edge. Viewers are never quite sure what is psychosis versus a genuine other-earthly threat. Wise’s film remains timely, as it presents a scenario in which characters are armed with the best technology and ideals, but the factors of egotism, bureaucracy and petty human squabbling get in the way and mess things up. To quote Pogo, “We have met the enemy, and he is us!” 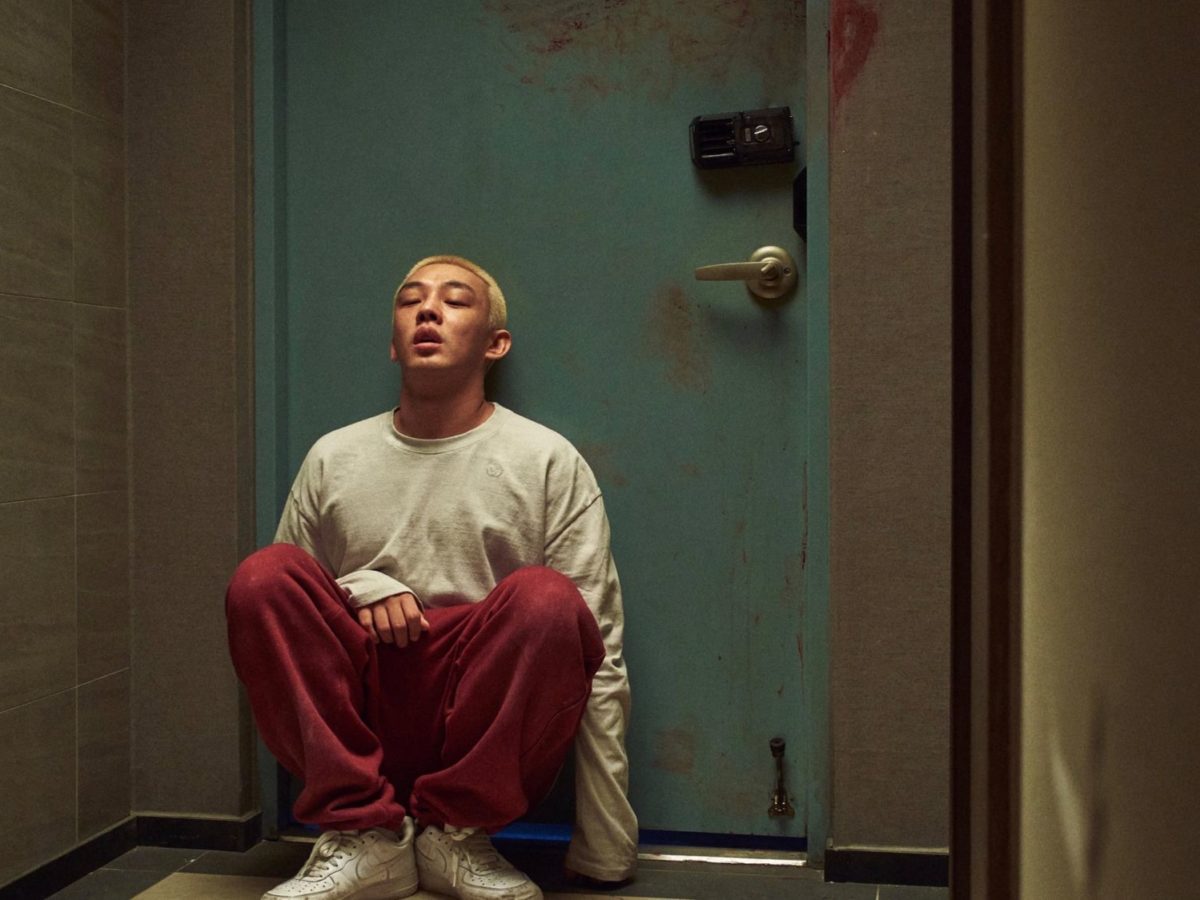 The thing which #Alive gets absolutely right about life inside a pandemic is how it’s both terrifyingly different and mind-numbingly familiar. On one hand, you’re watching the whole world crumble around you as the most reliable facets of everyday life — food on the shelves, people in the streets — are suddenly ripped away. On the other, you basically spend each day pacing the same small living space with your life on hold, waiting for someone to tell you that it’s all over. It’s apocalyptic and mundane all at once. 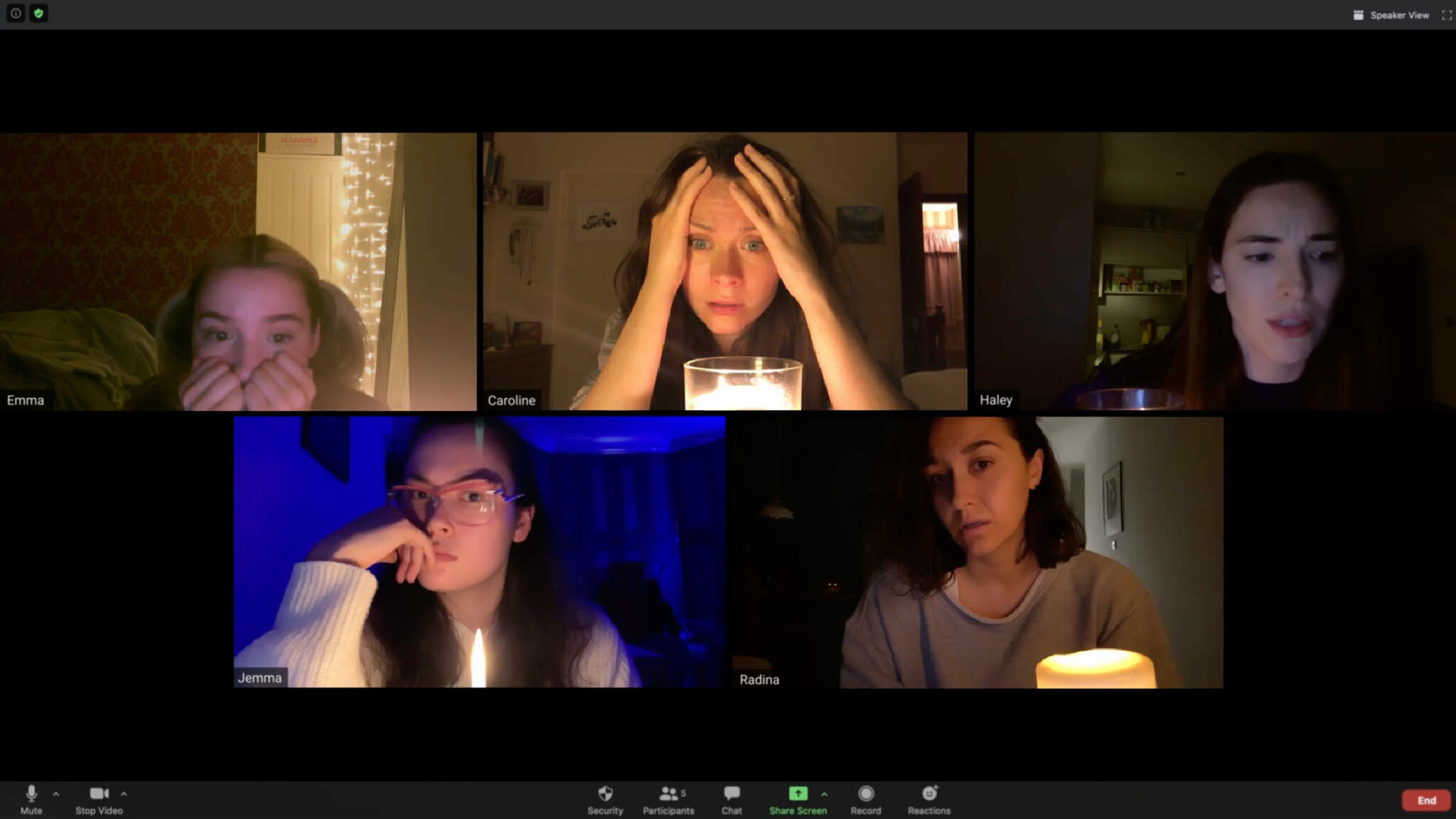 Host is a great pandemic movie for several reasons. Most importantly, of course, it was conceived and made during the COVID-19 pandemic. However, unlike the execrable Songbird, for example, which pitches a distractingly long-haired KJ Apa (AKA Archie from Riverdale) against a viral outbreak similar to our own but much worse, Host isn’t about the pandemic. COVID-19 lurks on the periphery, most notably when one of the characters ventures outside in an attempt to flee the demon and pulls on a mask to do so, but the fear comes from good old-fashioned paranormal activity. Rob Savage’s movie is terrifying chiefly because he keeps things simple, with each actor being filmed in their own home and little exposition to sap the atmosphere. There are jump scares aplenty, but the encroaching dread is what really sells that something very bad is happening to the six friends onscreen. The message seems to be that no matter how dark life seems in lockdown, it can always get worse. Let’s be glad Zoom is safe, for now. 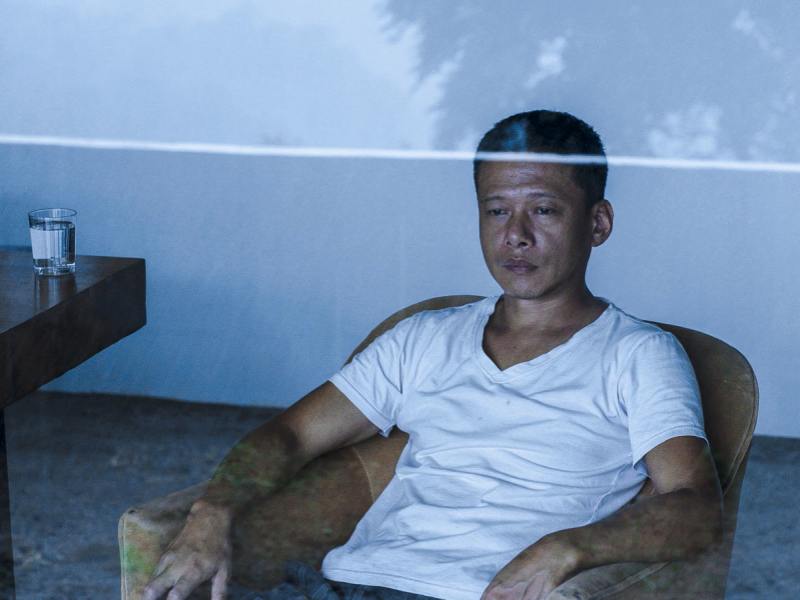 Charged with choosing one single film as the best of Pandemic Cinema, I can only think of the films of Tsai Ming-Liang, the Malaysian-born icon of the New Taiwanese Cinema. His glacial, ever revealing art-films, from Rebels of the Neon God (1992) to last year’s Days (2020), show cities, bodies and capitalism in fast decay. In The Hole (1998), a mysterious disease makes people behave like cockroaches. In I Don’t Want to Sleep Alone (2006), the lives of homeless people are made even more difficult by a toxic smog that officials blame on immigrants. In Goodbye Dragon Inn (2003), the pandemic is the movie theatre, which gripped us for around a century before closing its doors. Tsai’s rigorous attention to framing and mise-en-scène, his attention to time and proximity, resonated with me more in this past year than just about any other filmmaker’s work. World events have caused his hallucinogenic visions of dystopian society to achieve, in Days, something approximating André Bazin’s “myth of total cinema” — “a total and complete representation of reality… a recreation of the world in its own image, an image unburdened by the freedom of interpretation of the artist or the irreversibility of time.” 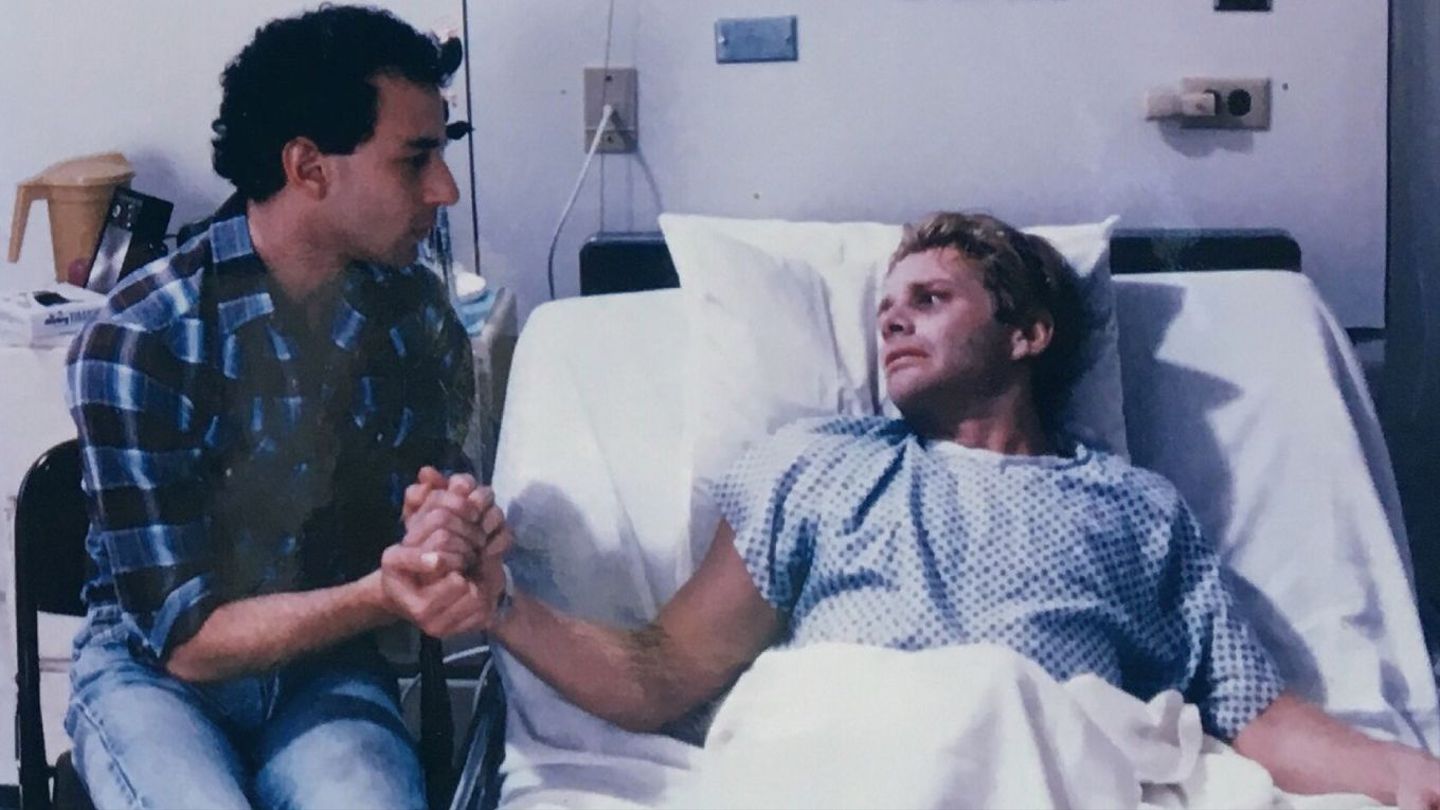 I wanted to highlight a pandemic film that isn’t necessarily a horror, and that won’t immediately be defined by the way it compares to the events of 2020-21. Arthur J. Bresson’s Buddies (1985), the first film made about AIDS, remains one of the most vital contributions to the queer canon, to films about AIDS, and films about pandemics. It foregrounds the humanity that so often gets lost in discussions of the AIDS crisis while refusing to avoid confronting the institutions that allowed the disease to become the pandemic that it was. A marriage of the personal and political, intimate and tragic, Buddies remains essential. 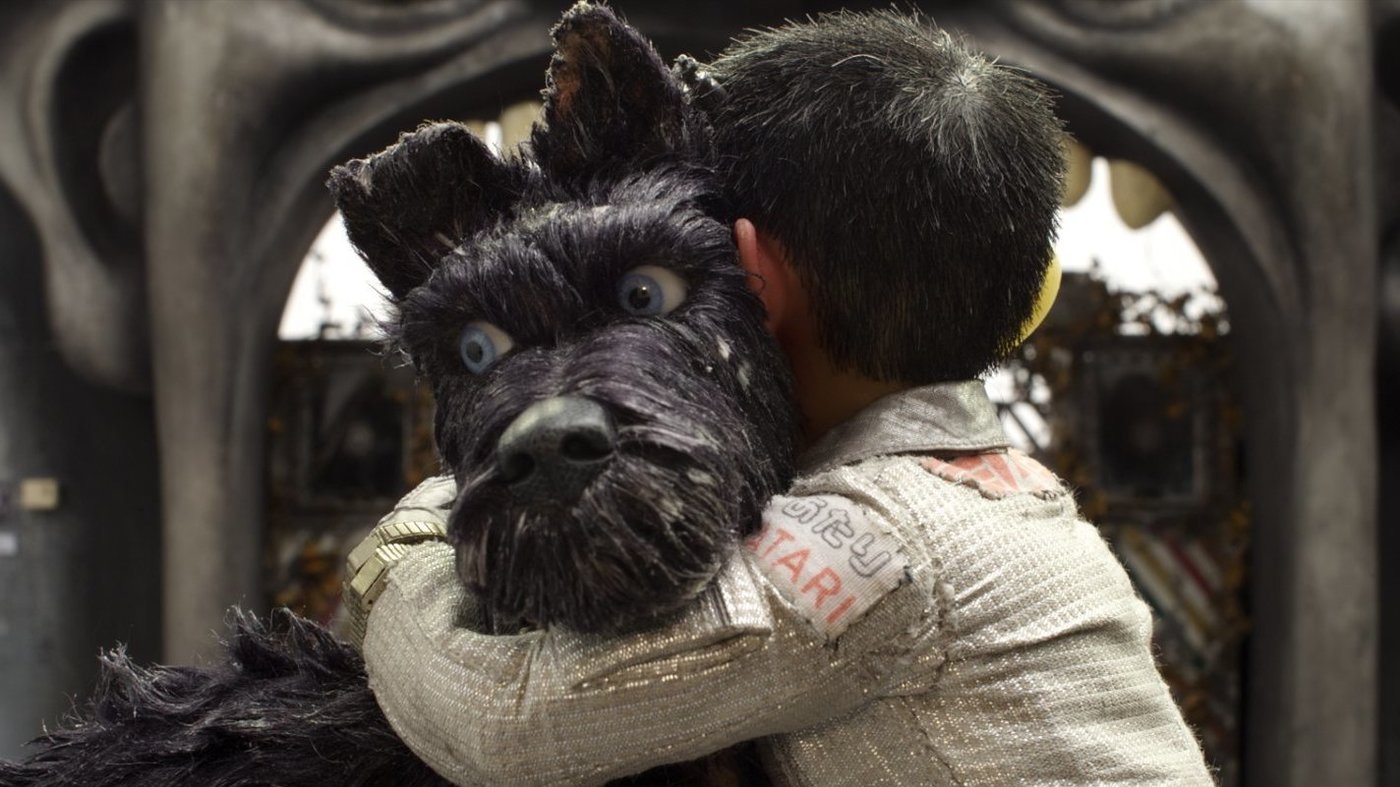 Wes Anderson’s second foray into stop-motion animation, Isle of Dogs, is both precise and eccentric. The film draws heavily on a wide array of influences (Hayao Miyazaki, Akira Kurosawa, Katsuhiro Otomo), but it’s clearly identifiable as Anderson’s work from the first frames. While, ostensibly, Isle of Dogs concentrates on an outbreak of “dog flu” or “snout fever,” themes of isolation, loneliness, class stratification and public hysteria are what make the story most relevant to our current pandemic.

Quarantined on a post-apocalyptic garbage island, our canine friends struggle to adapt to their “new normal.” Meanwhile, their human counterparts grapple with separation from their beloved pets. Add sinister undercurrents of government misinformation, propaganda and creeping fascism, and much of the plot hits close to home. Like all Wes Anderson films, Isle of Dogs is bathed in melancholy. At its heart, though, the film’s center is Atari, a young boy intent on reclaiming his relationship with a loved one. That’s an effort we all seem to be engaged in currently.

Please e-mail qvh@vaguevisages.com if you’d like to contribute to future surveys.