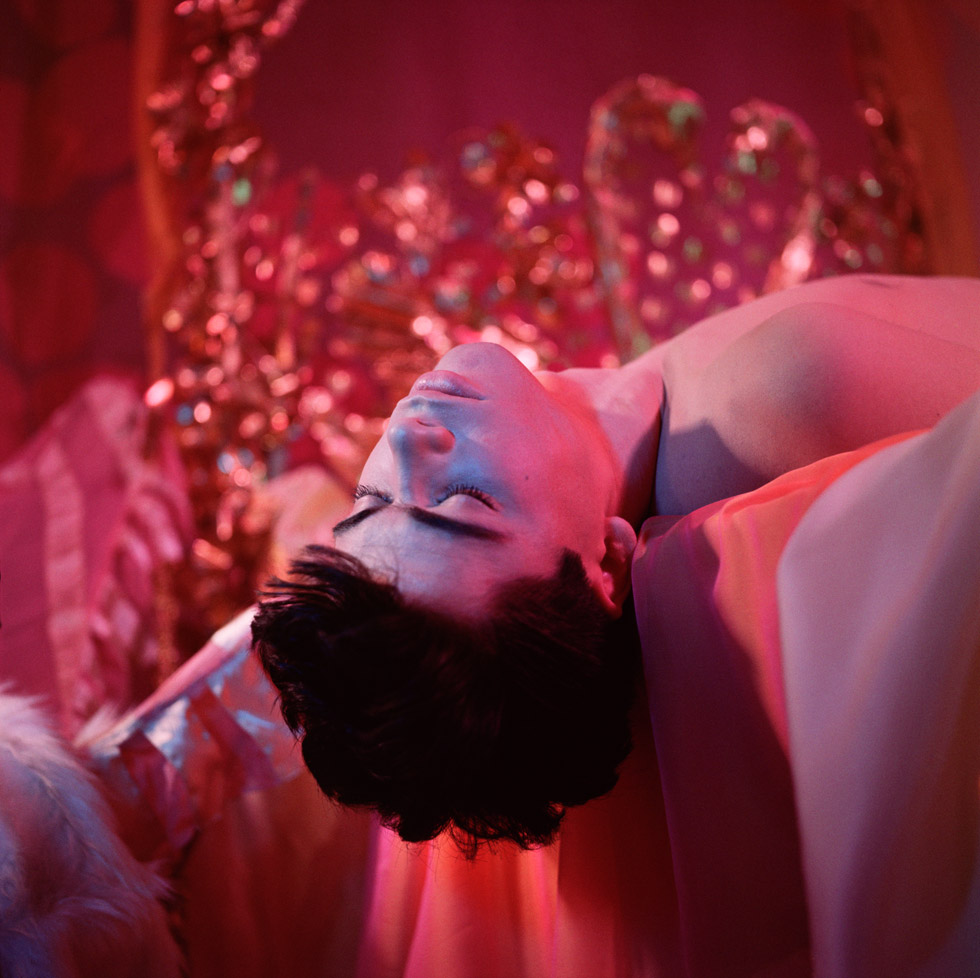 Reality isn’t all it’s cracked up to be, especially when it comes to queerness. Early queer films, like Kenneth Anger’s seminal Fireworks, often engage with ideas of fantasy and surrealism — using dream logic, and exploring archetypal images of masculinity. By exploring the bodies of men outside of the constraints of the real world, Anger’s tale of sex, violence and homophobia takes on a different set of meanings, finding beauty in brutality, even romanticizing the violence that befalls the film’s queer protagonist. This is interesting not because of the potential problems that come from the creation of a sexual dynamic between victims and perpetrators of violence, but in terms of the ways in which, in the realm of fantasy, Fireworks becomes an act of reclamation, with Anger’s narrative taking control of the dangers of living in the world while queer, and turns into a sexual fantasy. These ideas are also in Jean Genet’s controversial short film Un chant d’amour. The film tells the story of prisoners and a violent warden, a surreal collection of phallic objects and glory holes, existing beyond reality as a way to explore darker desires.

Perhaps the most iconic sequence in Un chant d’amour is of two prisoners sharing a cigarette through a hole in the wall between their two cells. This invites obvious sexual comparisons, but the striking thing is the sheer lack of sex involved; instead, it’s a moment of intimacy that takes on a heightened dimension. Some of this obviously comes from the fact that showing explicit homosexuality would have been impossible for Anger and Genet; their films came out in 1949 and 1950, respectively. But these restrictions paved the way for a more abstract and fantastical exploration of queer desire; Anger’s films, including Fireworks and Scorpio Rising, imbue the now-ubiquitous archetypes of sailors and bikers with a jagged edge of queerness. These ideas of erotic archetypes and the rejection of reality in favour of a queer fantasy dreamland come to a head in James Bidgood’s experimental kaleidoscope, Pink Narcissus.

Pink Narcissus exists in the same world as Fireworks. They’re both defined by the night, by a world that slips in and out of being a dream, a liminal space that allows for desires of all kinds to be explored without the repercussions of the real world. In Fireworks, the real world becomes a fantasy, as the violence enacted on Anger’s character transforms into something erotic and orgiastic, complete with a bizarre money shot. But in Pink Narcissus, the real-world space is empty and theatrical, as if it exists to allow the performance and projection of fantasy above all else; the walls and backdrops in Pan’s room feel like they’ve been lifted from one of the ballet sets in The Red Shoes. 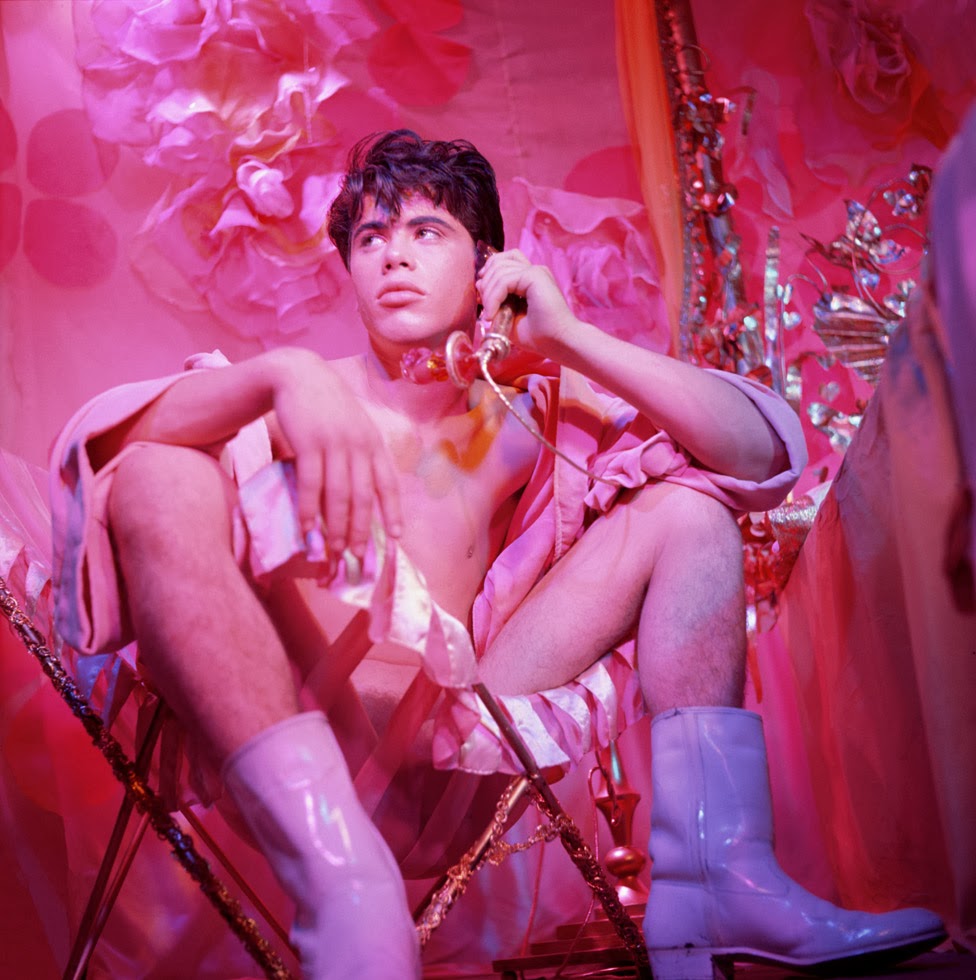 Like Fireworks, Pink Narcissus also explores images that would become common in representations of queer desire, from leather-clad bikers lifted out of Scorpio Rising to cruising in public bathrooms. A key difference between Bidgood’s exploration of desire compared to Anger’s is that Pink Narcissus feels more utopian; there’s less of an emphasis on violence, and the film is much more sexually explicit, with a money shot that’s less abstract than the climax of Fireworks. But even with this move towards more explicit representation, there isn’t a move away from fantasy that corresponds with it; the question of queer desire is as much about an understanding and reclamation as it is about bodies engaging in sexual acts. This constant self-reflection, and the performance inherent in sexual fantasies, is seen through the many mirrors in Pink Narcissus. As would be expected of a film named for Narcissus, the idea of the self, and vanity, is central to the fantasies that are imagined. Pan is at the centre of all of his fantasies, they exist as a way for the self, and the things that Pan desires, to be reclaimed. These fantasies are informed by a globe in Pan’s room, which is spun without a care, before the geography of the place that Pan’s finger lands on informs his next dream.

But in spite of the utopian fantasies in Pink Narcissus, the film still has a bleak view of reality. There are several moments where the outside world threatens to encroach on Pan’s life — the sound of the street outside, or fragments of news broadcasts. These often come before Pan retreats into fantasy, showing his dreams and desires as a way of rejecting the reality that waits for him outside. This idea of shutting out the real world is striking in queer narratives, it’s an acknowledgement of inequality, of the spectre of violence. Fantasy isn’t just an act of self-indulgence, another instance of Narcissus loving his own reflection; instead, there’s a need for it, as an escape from the real world, as a way to turn nightmares into better dreams.

That’s what makes the violence in Fireworks so interesting. From the opening moments, the consequences of violence are made clear: a sailor holds a dead man in his arms, an image ripped straight out of classical tragedy, like Lear carrying the dead body of Cordelia, howling, howling, howling. Anger’s cruising leads to more violence, as a group of sailors attack him. The music is dissonant; even as violence approaches, the sound is orchestral, the kind that would play in an Old Hollywood action sequence; this creates the idea of a fantasy, of the film hinting that what’s about to play out could be more triumph than tragedy. The acts of violence are when Fireworks’ exploration of sexuality becomes more explicit. There’s a focus on Anger’s face, an image that feels echoed in Andy Warhol’s Blow Job decades later. Blood bursts across Anger’s face as it contorts, shifting between pain and pleasure; the lack of dialogue makes it impossible to tell if his cries come from a desire for this to stop, or for it to continue. A stream of what looks like milk, that gets more and more powerful, pours over Anger’s body, an abstraction of a climax. The sex here is intrinsically linked to the violence that’s enacted on Anger, an exploration of a darker, more masochistic fantasy. 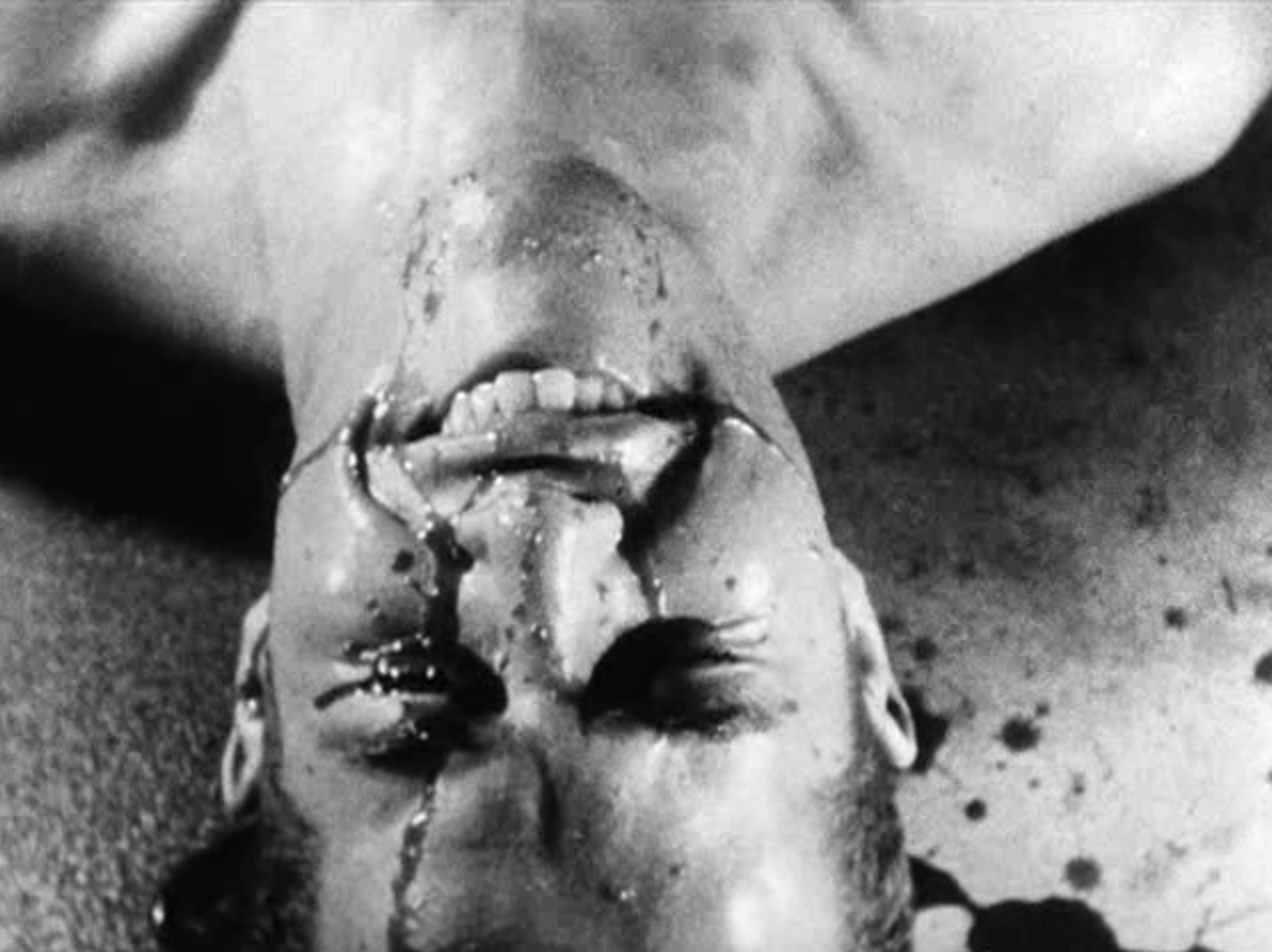 The violence in Fireworks might not be as utopian as the more explicitly sexual dreams in Pink Narcissus, but the films come from the same place, from the same desire to change an uncaring world into one that can bring pleasure, and even a certain kind of acceptance. These fantasies exist beyond just the erotic appeal that they have to the characters, they allow for the world to be reinvented. Un chant d’amour does this with utopian pastoral sequences and violent sexuality, with the prisoners creating a new world for themselves when the real world isn’t hospitable. Fantasy exists to create a place of greater safety, a rejection of the real world in favour of one that allows for an open, unapologetic queerness.

Sam Moore (@Sam_Moore1994) is a writer, artist and editor. Their writing on the intersections of culture, queerness and politics has been published by The Los Angeles Review of Books, i-D, Little White Lies and other places both in print and online.