Crossover After Crossover: The Layered Discussions in ‘High Flying Bird’ 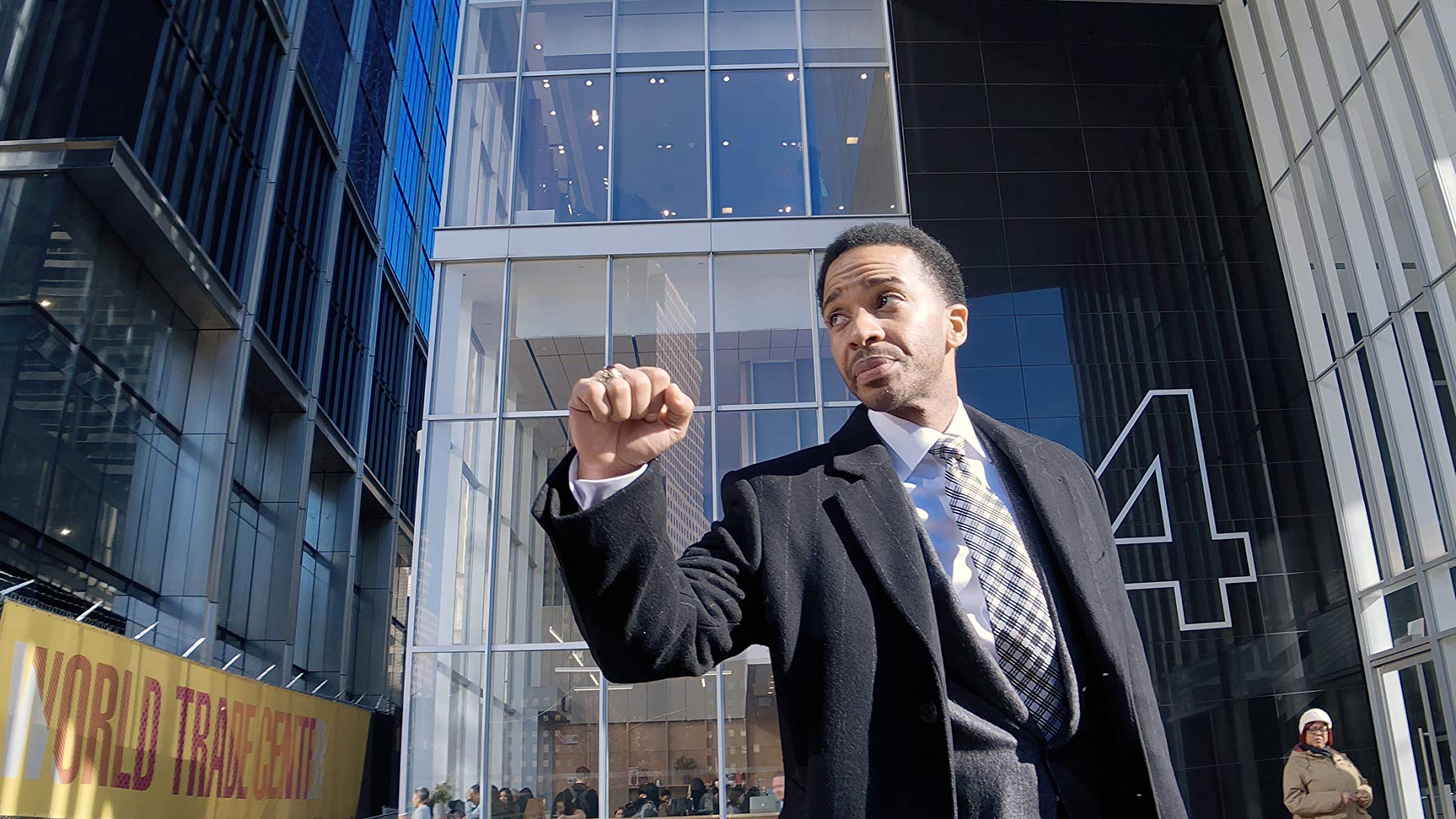 A crossover is the one move in basketball that makes deception an art form, and — when done right — a way to completely disrupt an opponent in an instant (just look at Allen Iverson’s iconic crossover on Michael Jordan in 1996 as proof). When the acclaimed film director Steven Soderbergh was unceremoniously let go during the making of Moneyball in 2009, he felt it was another slap in the face by Hollywood against those who wanted to tell great stories. With High Flying Bird, it seems like Soderbergh is getting back into his groove with a crossover move of his own. This is exemplified through a highly layered film that is both a brisk depiction of the machinations behind professional sports and the open but not heavily discussed racial implications of that business, and how it is perceived by those involved.

Netflix’s High Flying Bird opens with Ray, played by André Holland, and his superstar NBA client, Erick (Melvin Gregg), having a discussion about a bad choice involving a loan shark while the league is in the throes of a lockout. Erick is the league’s number one draft pick for the New York team (which isn’t specified), and while Ray should solidify him as the agency’s top dog, he finds out the hard way – through the declining of his corporate credit card at the lunch – that his position is in jeopardy, so much that they’ve even reassigned his loyal but ambitious assistant, Sam (Zazie Beetz). After getting wind of the details from his boss (Zachary Quinto), Ray has a heavy discussion with mentor, Spencer (Bill Duke), who utters the sentence that becomes the bedrock for everything moving forward: “They wanted control of a game we play better. They invented a game on top of a game.” This sets something off in Ray, who understands that while the actual basketball games aren’t being played, the business behind professional basketball is still charging full steam ahead. It’s a game that sees predominately white league officials and team owners (with one played to near-sleazy effect by Kyle MacLachlan) feuding with a union that is two-thirds black (and represented by Sonja Sohn’s Myra). Ray then sets up a scheme to not only seize upon this disparity, but to leverage it in a way that will not only empower the players but also get him back in clover. 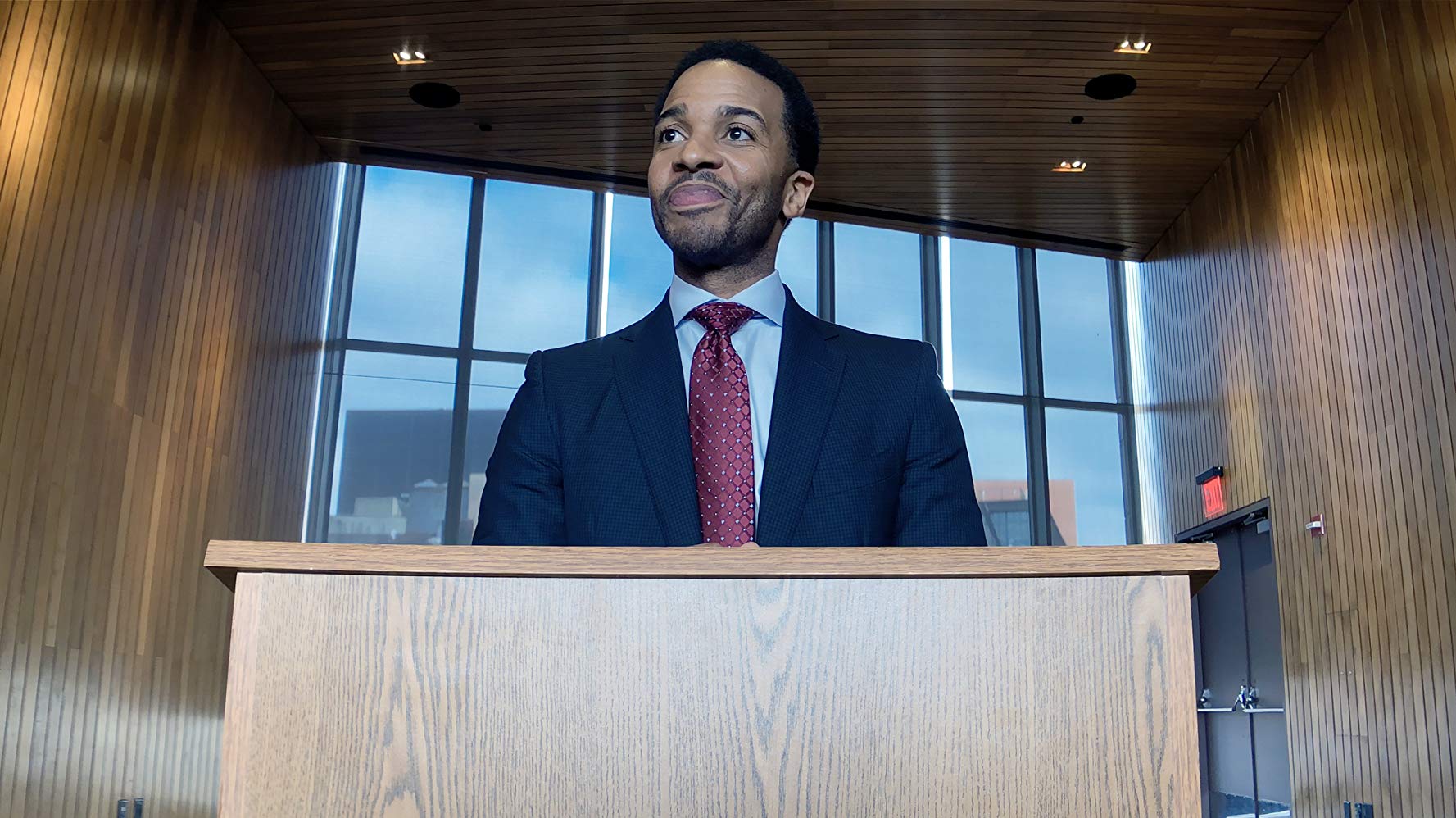 High Flying Bird represents a bold step by Soderbergh on a couple of levels. For one, there isn’t any basketball in the movie. This conscious decision by the director is similar to the art of the misdirect one expects from his previous heist genre vehicles such as Ocean’s Eleven. The crisp cinematography also factors in; a misdirect for viewer’s expectations. The entire film was shot on an iPhone 8, a choice that allows for some dynamic shots in the scenes with dialogue. Shooting in this fashion allows for the script, written by Moonlight’s Tarell Alvin McCraney, and its emphatic and empathetic moments to flourish in the hands of the actors. Another key point is Soderbergh’s decision to shoot mostly in the posh, trendy West Side of Manhattan. It gives off the effect of being disconnected from the real world, with grounding moments found at Spencer’s gym and Ray’s apartment.

Another bold step is Soderbergh’s assemblage of actors. Holland is High Flying Bird’s central figure, and delivers a deftly impassioned performance as a sports agent who has seen all sides of the business, realizing his fate is not that different from the players he represents. Holland displays the balance of forging ahead while dealing with internal pain, evidenced by when Ray speaks of his cousin’s tragic demise. There’s an implied weight behind what his cousin, a basketball player, went through — drugs? Being in the closet? That’s never confirmed. As Sam, Beetz maneuvers much like Ray, but with a more pointed directness that also gives way to some tenderness. Indeed, each of her scenes parallel with Ray and their master/apprentice relationship. Sohn’s acting as Myra is brief, but potent enough to move the plot along. As for Duke, his scenes are a precursor to the underlying discussions of race brought to the surface with both a touch of satire and a forthright spirit. 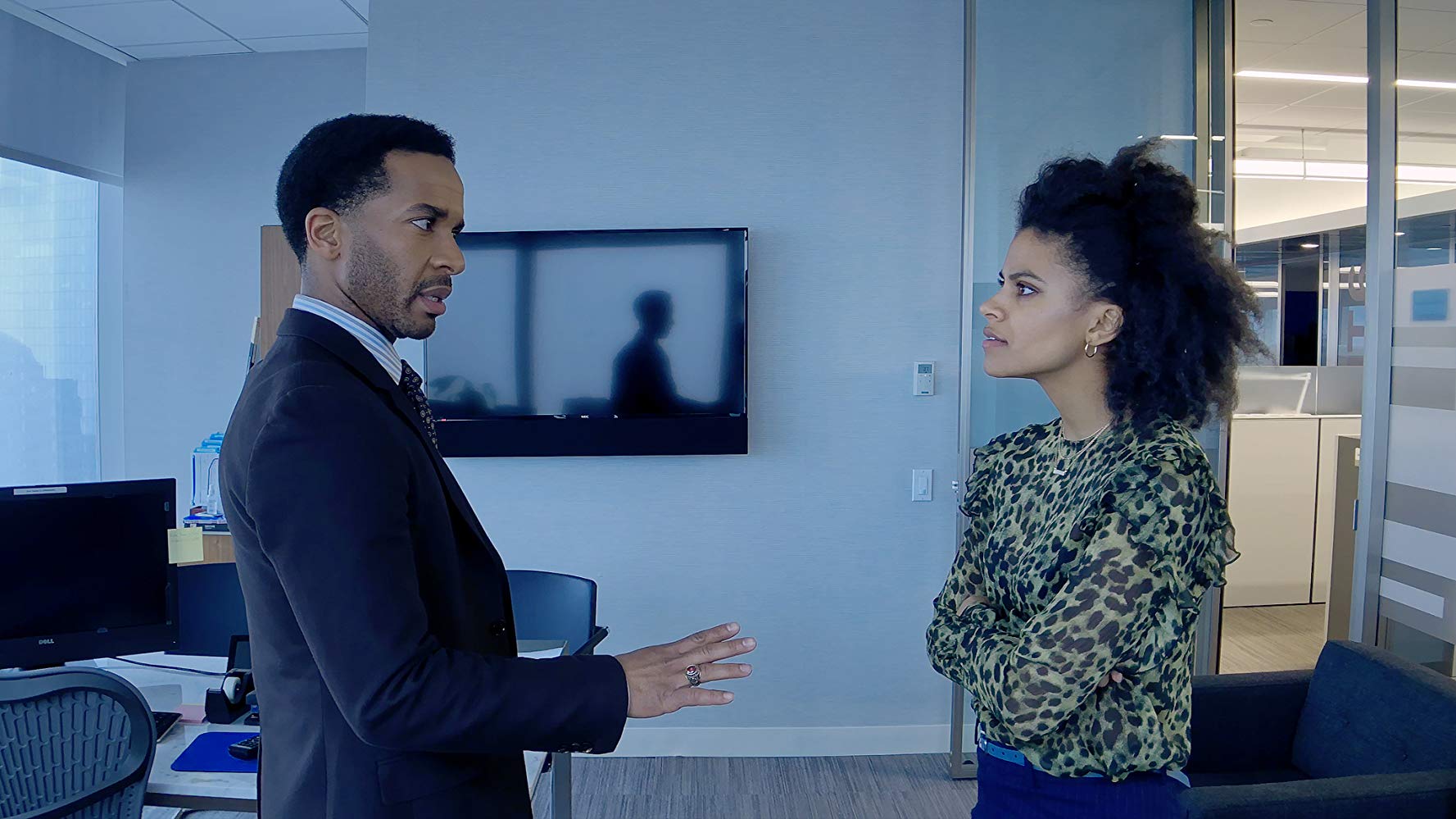 The subject of race and professional sports is an intricate and impassioned one. With High Flying Bird, Soderbergh and McCraney imbue the script with influence from one key text that Ray refers to as “a bible.” That book? The Revolt Of The Black Athlete by Dr. Harry Edwards, the esteemed scholar who has been a guiding force for black players in pro sports seeking to resist oppressive structures. Holland actually suggested the book to Soderbergh and McCraney as a reference, and its ripple effects are felt throughout, especially as Ray’s plans unfold with one or two surprise revelations that occur in the movie’s last act.

While High Flying Bird may seem uneven at first glance, one has to appreciate that Soderbergh directly addresses controversial societal topics that always touch a nerve in America.

Christopher A. Smith (@infinitewords14) is a freelance writer and a New York City native. He is also an avid visitor of museums and galleries along with being a lover of different genres of cinema from independent film to classics. Find more of his writing HERE.