Interview: ‘Beyond the Door’ with Redd Kross’ Jeff McDonald 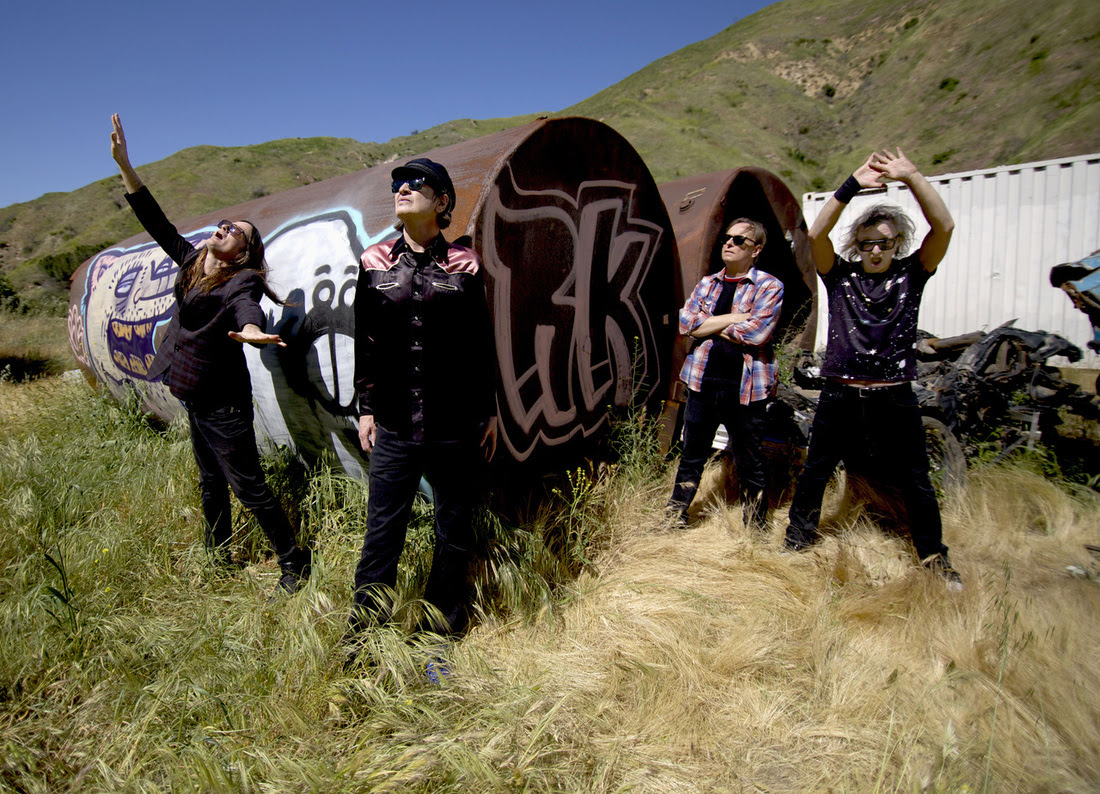 On August 23, Los Angeles legends Redd Kross released another late-career triumph with Beyond the Door, 34 minutes of pure bliss in music form. The band — brothers Jeff and Steven McDonald; Jason Shapiro and Dale Crover — are currently touring North America with the Melvins and Swedish punks Shitkid. True to form, they are blowing everyone’s minds with their incredible live performances.

Leslie Hatton: The new Red Kross album opens with a song from the movie The Party, which has recently been described as “problematic” because Peter Sellers, a white guy, plays a South Asian character. What’s your take on viewing older pop culture through a modern lens? Should we abandon those things or still embrace them?

Jeff McDonald: In the case of Peter Sellers, and in the context of the times when psychedelia and eastern mysticism was very trendy, I don’t see it as a problem because Peter Sellers was beloved for playing outrageous characters and that’s what people expected out of him. I would not compare his performance in The Party with Mickey Rooney’s portrayal as a Japanese person from Breakfast at Tiffany’s; it’s all about the context.

LH: Speaking of older pop culture, you both have an ongoing fascination with the band KISS. Even though I grew up with them, I never understood why people were so obsessed with them until I started listening to the band Ghost, who use a lot of the same shtick. What is it about KISS that continues to draw your attention?

JM: In 1975, when I first discovered KISS Alive and was able to go to that tour, I was put under their spell. Some Christian groups believe that KISS stands for “Knights In Satan’s Service”; after 40-odd years, I am still watching bootleg videos on YouTube, so maybe they were right all along.

LH: Another big KISS fan that you have been long associated with was Bill Bartell (a.k.a. Pat Fear of White Flag). Beyond the Door came out the day before Bill’s birthday. What do you think he’d say about the new album if he were still around? Would he insist that White Flag covered Sparks before Redd Kross like he did with KISS’ “Deuce”?

JM: I had no idea that the record came out the day before his birthday, so that is mystical. I am sure Bill would have been busy following KISS around on their final tour, dropping in at some of our dates along the way. He would have claimed that he gave us the idea to do the Sparks song. 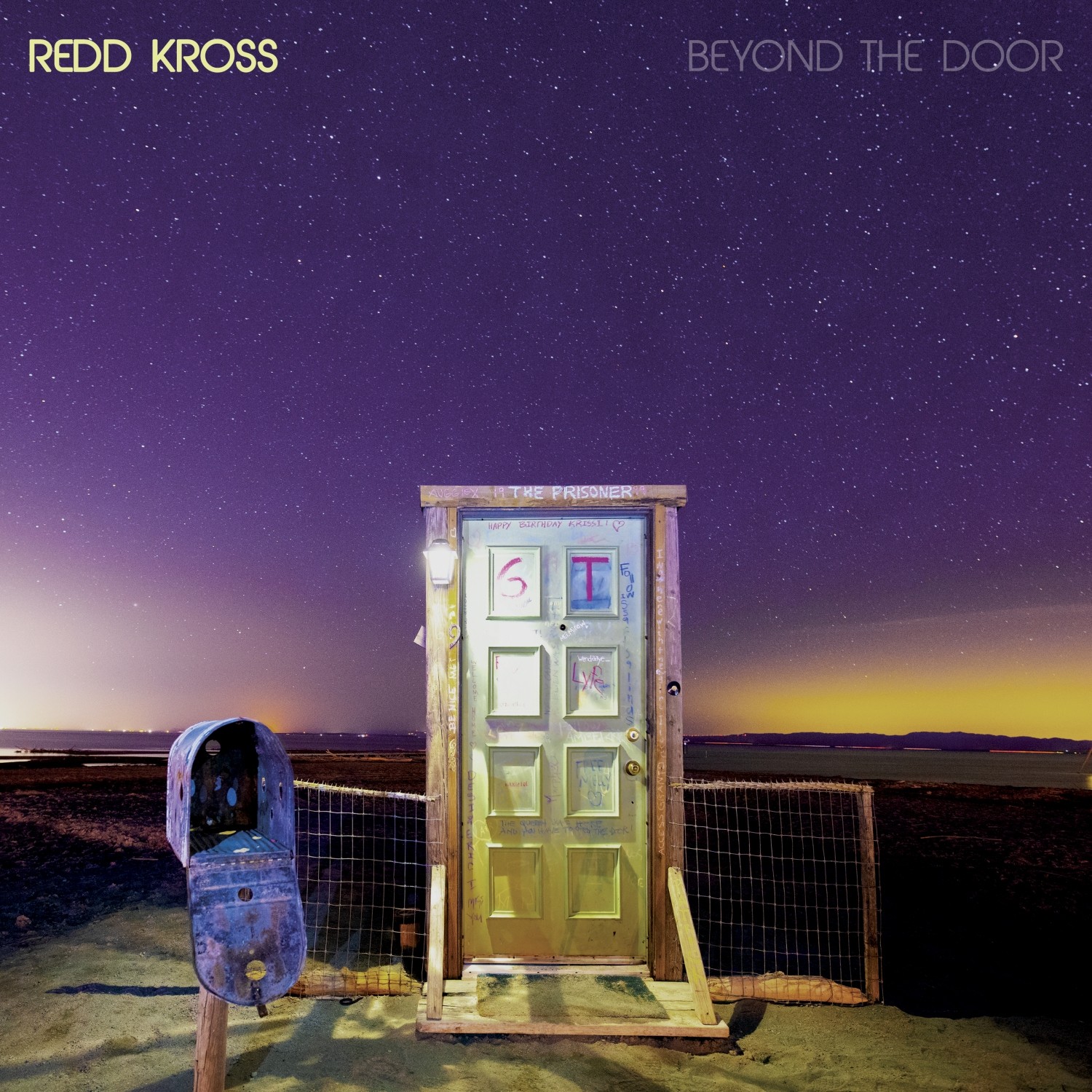 JM: Steven and I have spent our entire careers creating a history for Redd Kross that changes with the wind. For many years, we would tell people that we learned to play music on the streets of India, that we were a military family and were forced to move a lot and our “first pre- punk album” was called Folk Songs from India. So any misconceptions anyone would have about us would be our fault.

LH: One of the comments on Steven’s Instagram about the “feud” was that you two have always been supportive of women in music and are even both married to women musicians. Jeff, your daughter is in a band (The Side Eyes). So, I guess what I’m saying is thank you for being punk rock feminists. And will we ever see another Ze Malibu Kids album?

JM: Female artists have always been a part of my musical inspirations from the very beginning, and I feel very blessed to be surrounded by women like Charlotte Caffey, Anna Waronker and Astrid McDonald. As far as Ze Malibu Kids goes, the family has grown to the point where we will have to have a few new members, and we will start working on it some point next year.

LH: Redd Kross has always been unafraid to talk about their influences whether or not they fit within the current zeitgeist. But you also have a reputation of being sarcastic and ironic (and then, of course, there’s your history of pranking). Still, there is always a sincerity underneath the jokes, and there are some pretty sincere tracks on the new album (like “What’s a Boy to Do?” and “There’s No One Like You”). Do you find it easier to be more straightforward as you get older? Do you consider that to be the ultimate form of punk rock?

JM: I am not sure if it is easier, but for me, real absurdity is always based on the truth. It just depends on the mood of how straightforward a song will end up vs. how abstract and surreal another song is. It is all about how I feel on any given day.

LH: You and Steven have been in a variety of movies, YouTube videos, documentaries and DVD features. Will there ever be a Redd Kross Netflix miniseries? If so, what would it be like?

JM: Most likely. I’ve really been into obscure YouTube vloggers lately, so I will start with doing something like that. Hopefully, I will build a small audience and we will see where that goes. I am thinking about starting it on this tour, but I might be too lazy; we will have to wait and see.