“Fight Like a Man” is a series by Ross McIndoe about the Rocky franchise and masculinity.

A boxing glove emblazoned with the stars and stripes crashes into one adorned with the hammer and sickle of the USSR. They both explode. Right from the title credit, Rocky IV announces its central conflict and overblown, roided-up tone. It’s going to take the decade-spanning ideological/geopolitical conflict of the Cold War and boil it down to two big dudes punching each other in the face until one of them falls over.

For its fourth installment, the Rocky franchise sheds every pound of excess nuance the series ever had and pumps it full of steroids to create the biggest, fastest-moving and hardest-hitting version of itself. The previous movie brought Hulk Hogan into the Rockyverse, and this one basically shoots Rocky into the spandex-clad world of wrestling. Stereotypes are a kind of character short-hand which the world of wrestling — whose superstars require larger than life personas that can be conveyed solely through fight scenes and the odd brief monologue — has always traded in to great effect, and Rocky IV rips a page out of this playbook to make its central battle both immediately understandable and easy to invest in: good ol’, big-hearted, bootstraps-built America versus the cold, computational Soviet Union.

It’s popcorn cinema meets propaganda: a no frills, all thrills underdog tale where the underdog is also, somehow, an avatar of poor, put-upon American capitalism. When Rocky goes down, you have to cheer not just for the Stallion himself, but for the whole apple pie and ice cream way of life he represents. When Drago grunts out a threat in his stifling Russian accent, he’s threatening everything you hold dear about your homeland. Forget the politics, forget the philosophy — this world is run by the biggest and the toughest, so you better get off your ass and cheer for the guy whose wearing your flag.

This blend of machismo and jingoism has proven pretty potent across history, found in both explicit government propaganda and popular entertainment like Rocky IV. It lends average men the idea that they are mighty heroes, valiantly defending their embattled motherland. It’s the idea of the male protector blown up into geopolitical proportions, suggesting that stoic, domineering men are required not just to protect their wives and children, but their nation at large. Essentially, it is a personal power fantasy wrapped around an authoritarian “F That” flag pole, encouraging men to feel strong and purposeful while convincing them to bend the knee to whoever happens to be in power. It’s a hell of a one-two punch. 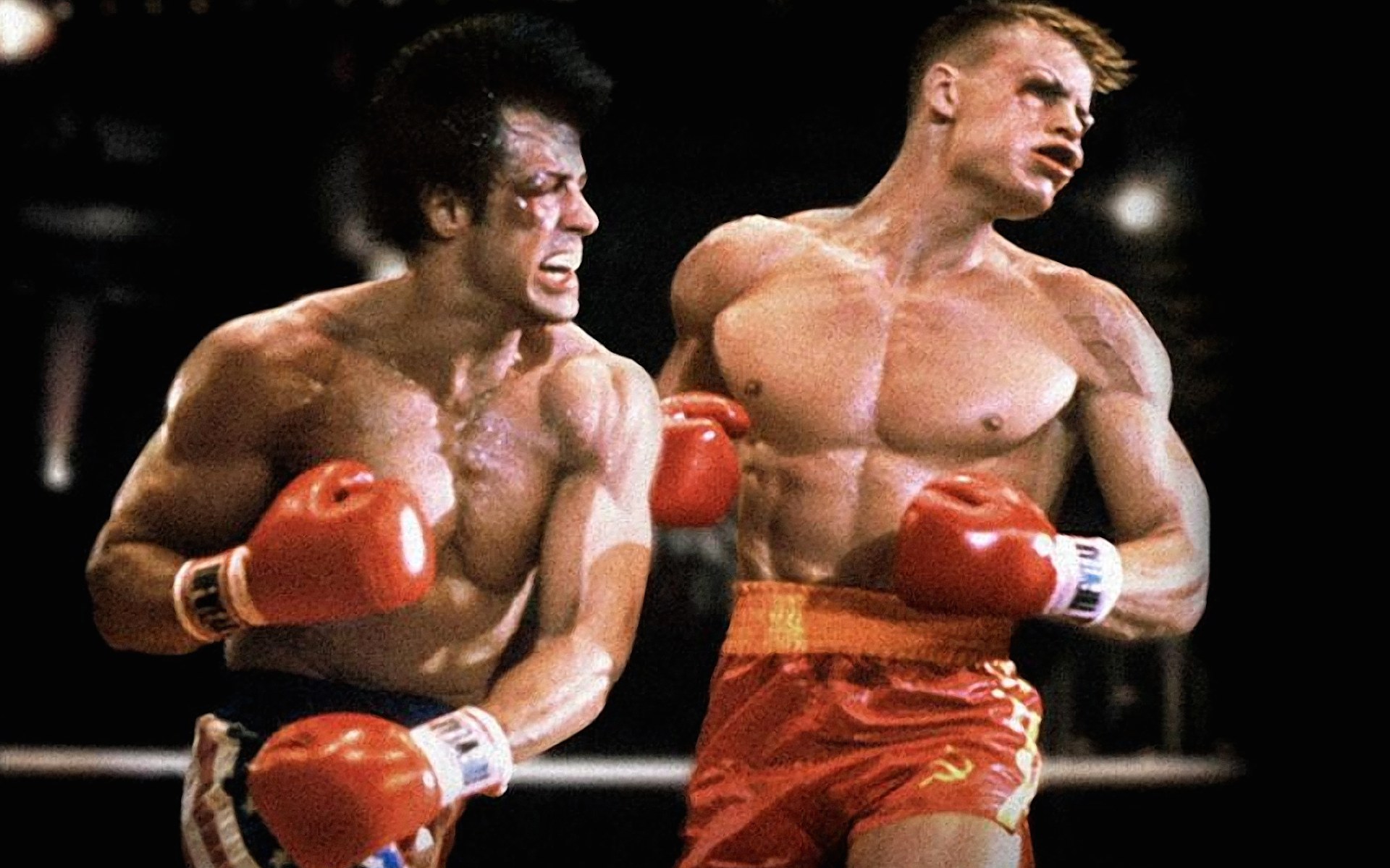 It’s also a hell of a lot to lay at the feet of a film like Rocky IV which is, above all else, just really, really silly. The hairstyles are silly. The constant montages, flashbacks and “Buy the soundtrack now!!” musical interludes are silly. Apollo’s death is silly. Drago’s punching power is silly, and Rocky’s ability to win over a Moscow crowd at the height of the Cold War (because he is good at punching) is just spectacularly, wonderfully, perfectly silly.

The transition from a movie about a local slugger trying to pay his bills and keep his gym locker to an all-American superhero battling for the soul of his nation is bizarre to say the least. Rocky IV’s silliness makes it easy to dismiss out of hand, to write off as one of those crazy movies that got made back then. You can joke about how weird the 80s were and then get back to enjoying the power pop-fuelled training montages, Stallone’s sombre beard and the existentially terrifying musculature of the young Dolph Lundgren.

That “back then” thinking can be a problem, though. It strokes our egos by playing to our desire to understand history on teleological terms, assuring us that we’re living in more woke times. It suggests that, while our ancestors might have sat vacantly in their theatre seats as a sea of bigoted or propagandistic images paraded past them, our eyesight for the problematic is much keener. We’re just more evolved that way.

This illusion is particularly easy to fall prey to when it comes to films that date themselves as enthusiastically as Rocky IV. From the fashion to the soundtrack to the editing style and the palpable Cold War anxiety, everything about the fourth Rocky movie urges you to see it as a film firmly situated in a whole different world. That makes it easy to package in the macho-nationalism along with everything else and dismiss it as just another thing that, like shoulder pads and power pop, we’d left behind in decades long past. 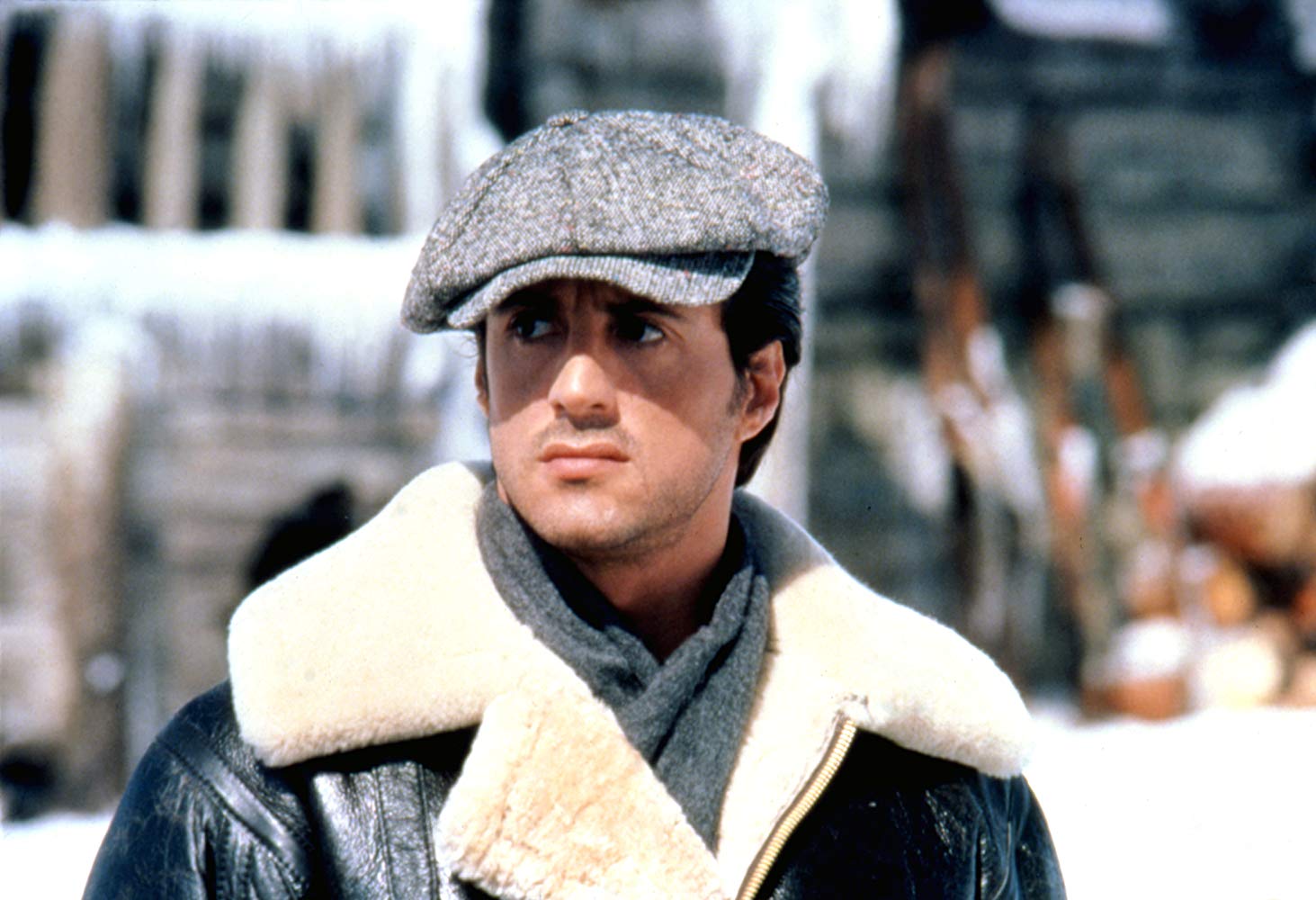 It’s a pleasing illusion but an illusion none the less. The truth is that, in almost every case, the work we’re now proudly calling out on Twitter was being protested at the time. Make no mistake, loads of people knew that Rocky IV was silly and jingoistic back in 1985. This kind of revisionism becomes a problem because it prevents us from actually learning from our past. Today, the image of Rocky’s baby-oiled, American flag-wrapped form might seem too silly for anyone to ever take seriously, but the same cocktail of nationalism and machismo is still proving to be a powerful intoxicant all over the world.

The two have always been thoroughly intertwined. Benito Mussolini yearned for the sculpted stoicism of Roman warriors, and Adolf Hitler wanted young men with blonde hair, blue eyes and big muscles. Fast forward to 2019 and populist right-wingers are still reading from the same worn playbook. In India, Narendra Modi flexed his biceps and boasted of his 56-inch chest until enough of the nation fell sway to his macho leadership style to elect him Prime Minister. In Brazil, Jair Bolsonaro employed a similar machismo-fuelled campaign, mocked his opponents lack of “balls,” won and promptly became best buds with America’s own swaggering, self-styled he-man. In the UK, Nigel Farage waxes patriotic about how proud he would have been to have led the charge on D-Day while cowering from milkshake-wielders and Tommy Robinson’s “lad of the people” act rolls on and on.

When asked what appeals to them about these people, supporters often cite how “tough” they are, the way they take charge and take no shit from anyone — which basically means that they act with a huge degree of self-confidence and little concern for others, traits that are not only of debatable merit by themselves, but which definitely tell you nothing about how effectively a person will be able to govern. Trade disputes, housing issues, healthcare and education aren’t solved by “toughness.” There is no amount of hammer curls that will address income inequality. You cannot bench press a country out of a broken financial system. Balls don’t solve healthcare problems.

These guys are all pretty ridiculous. They lie about all sorts of nonsense details — from the size of their chests to the size of their crowds — and wax macho about all the wars they wish they could have fought in, projecting the image of themselves as Spartan ideals rather than egotistical rich kids and pampered political opportunists. To believe in them basically relies upon the thinking of a small, scared child, longing for a big, strong father figure to make all the problems go away. And yet, in spite of how ridiculous they are, they’ve all been pretty successful. Or perhaps because of it. Despite how apparently unreasonable it is, their outsized, macho act has proved to strike a chord with voters. They’ve positioned themselves as the valiant Rocky, squaring off against sinister outsiders. And people have bought it just as hard as they did back in 1985. 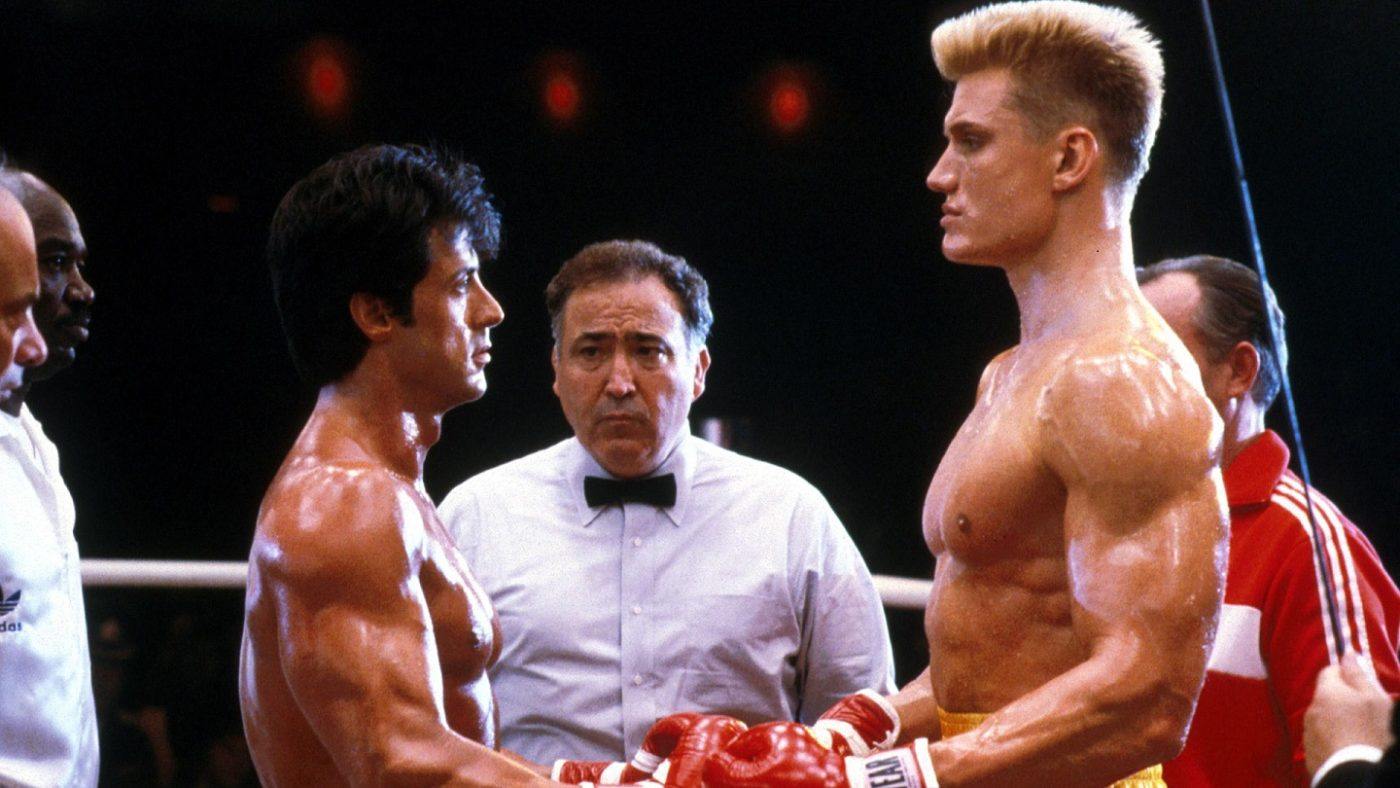 That’s why we can’t just dismiss Rocky IV as being “from a different time.” Certain surface elements have become dated but the central appeal that its making is still being made all over the world. When you mix up jingoism with traditional gender dogma, you come away with something doubly toxic. It takes all the most damaging elements of the traditional masculine stereotype — aggression, selfishness, the desire to dominate others and an inability to process emotions — and uses them to unite and mobilise large groups of people.

Looking back at a film like Rocky IV, we can’t just say “wow, look how dumb we were back then” because the simple truth is that we haven’t earned the right. We are still making the same mistakes, still falling for the same macho con. But maybe we can use that knowledge as motivation. Every time we see a politician beating their chest and spouting some testosterone-fuelled, faux-patriotic creed about how great their country is, the toughness of its men and its right to smack down anyone who questions it, maybe we should think about Rocky IV. We should think about that Survivor soundtrack, that creepy robot and that speech at the end. Because every time we cheer for these people, every time we praise them for their “tough” approach, we are taking part in a historical moment that is going to look as dumb in 30 years’ time as Rocky IV does today.