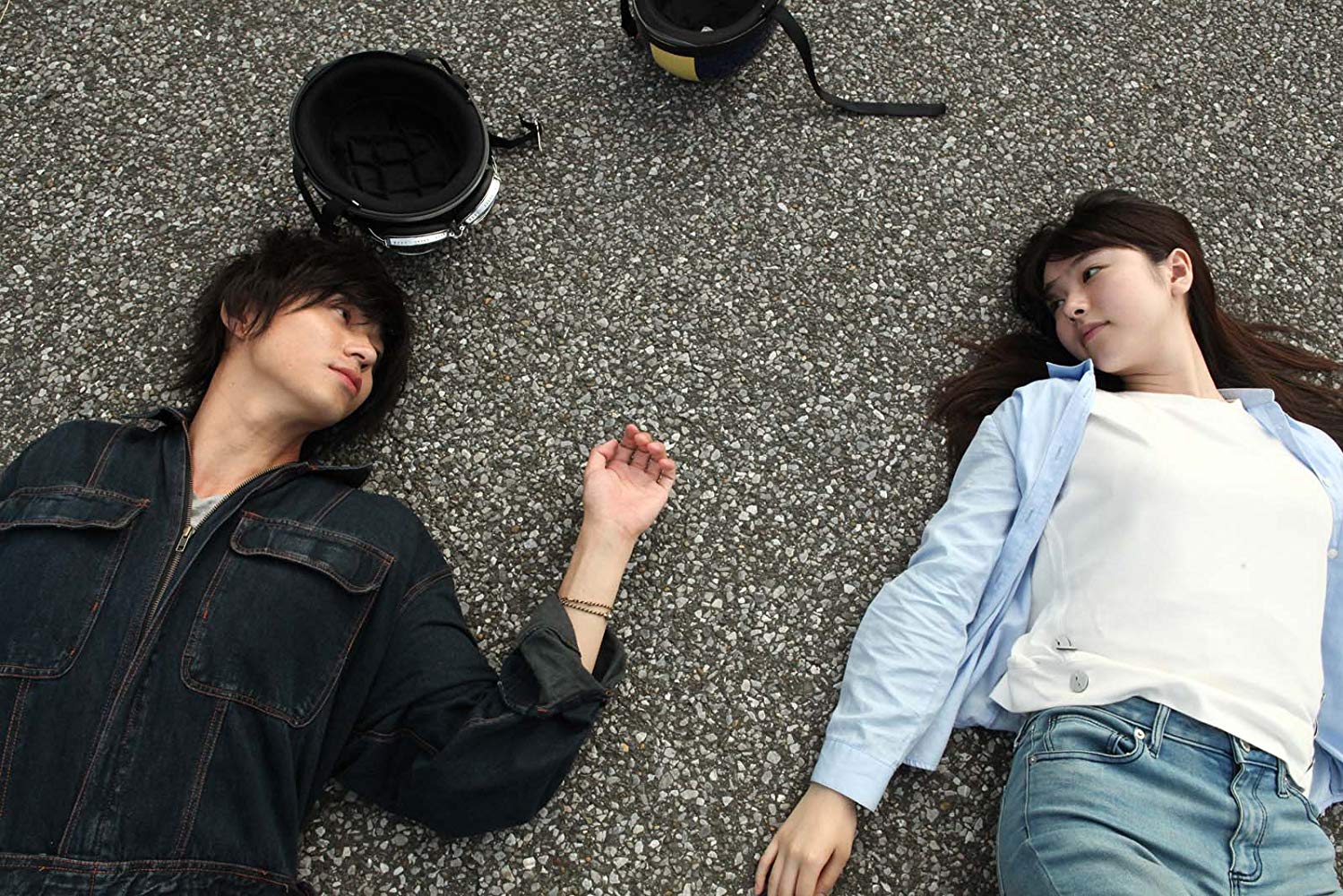 Ryûsuke Hamaguchi’s Asako I & II is an existential crisis film told in the language of modern pop culture, drawing on the tropes and symbols of pulp romance and YA fiction to observe the models and myths by which we map out and remember our lives. From its corny central love triangle to the absurdly erratic behavior of its characters, the film uses its deceptively sweet and eccentric surface to channel a thoughtful contemplation on identity and human connection that either subverts the modern rom-com or beats it at its own game.

Hamaguchi’s scrutiny of fixed images and conceptions begins with the introductory scene of Asako herself (Erika Karata), who’s first shown attending an exhibition for the work of photographer Shigeo Gocho. Though the often shy and reserved titular heroine seems particularly intrigued by a telling picture of two identical siblings, the handsome and enigmatic Baku (Masahiro Higashide) quickly diverts her attention when he strolls through her vicinity. For reasons that are never entirely clear, Asako chooses to follow this man when he leaves the gallery, and no sooner have the two of them exchanged names than they share their first kiss while firecrackers planted by local kids pop ceremoniously around them.

The couple’s passion only flares further after a brush with death in a motorcycle accident during Asako I & II, though their bond is also strained by Baku’s tendency to leave home for lengthy and communication-free periods. Inevitably, the day comes when Asako’s neglectful partner goes out and never comes back, ending their relationship on a puzzling and unresolved note that ensures he’ll hold an air of beguiling mystery for the woman he left behind.

Read More at VV — Know the Cast: ‘Drive My Car’ 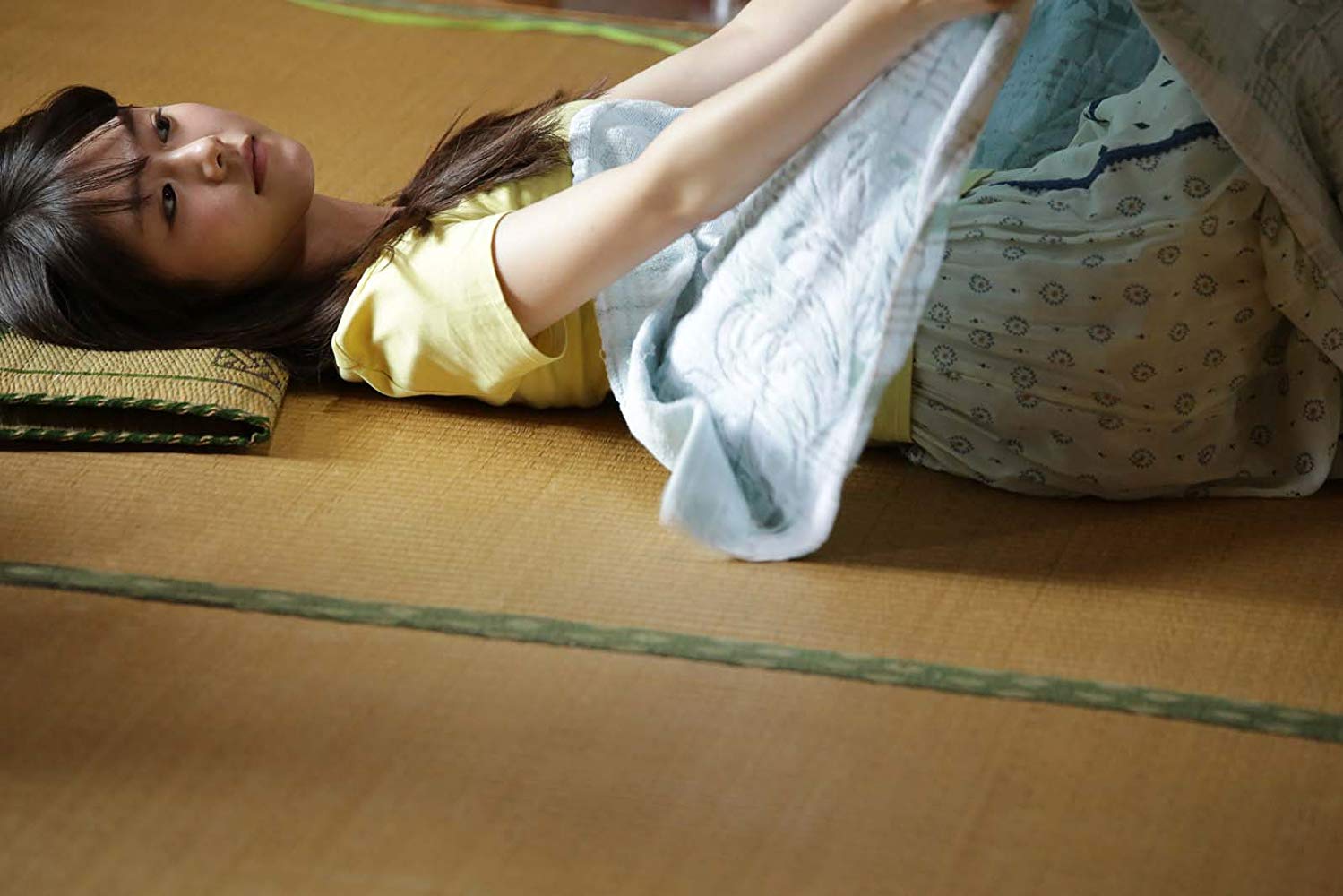 Asako I & II then jumps ahead two years to when Asako first meets Ryohei, a dull but earnest salary man who bears a striking resemblance to Baku, not least because he’s played by the same actor. While Asako is initially freaked out by this bizarre coincidence, she eventually embraces Ryohei’s appearance as an asset rather than an upsetting distraction. And in a passage that echoes much of Asako’s journey with Baku (right down to the same Gocho exhibition), the new couple embarks on a relationship that ultimately leads to an engagement.

Over the years, Asako settles into a life of domestic stability, but with the reemergence of Baku in the public eye — as a famous model, no less — long-held doubts are brought back to the surface as the question is raised in Asako I & II of whether her feelings for Baku’s doppelganger are genuine or a projection.

When Baku shows up once more at Asako’s door, effectively following through on his old promise that he’ll always come back to her in the end, the moment is so brief and sudden that you may initially wonder if the scene was only a delusion brought on by Asako’s wishful thinking — in which case, you might not be completely off the mark. As this figment of Asako’s memory becomes flesh again, what was once a nostalgic and naïve source of longing is now made into a concrete possibility. And with Baku’s years of absence revealed to be just another of his extended trips away, Ryohei is retroactively reduced to a mere placeholder while Asako waited for her “real” boyfriend to return.

Read More at VV — Soundtracks of Cinema: ‘Drive My Car’ 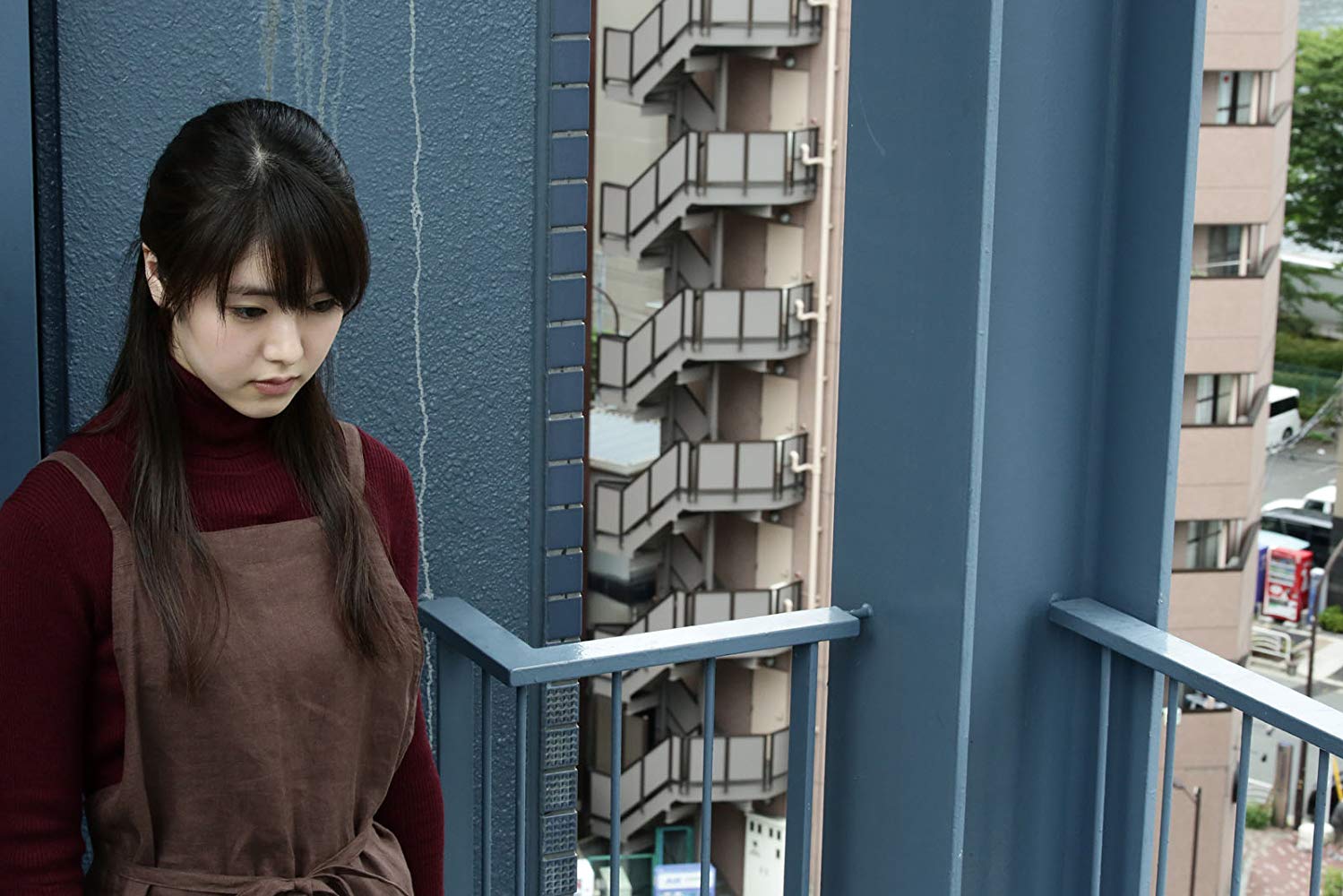 Asako I & II sheds some of its soapy pretenses once the lead reunites with Baku. As Hamaguchi’s visual palette undergoes a shift in mood that brings the story’s haunting connotations to the forefront, Asako admits to regarding her last few years of life as little more than a distant dream as she leaves Ryohei and her friends to contend with the messy consequences of her sudden departure.

But having revealed the structure of Asako’s existence to be transient and illusory, Hamaguchi’s film then takes the drama back to the world that Asako left behind to find what just might be an appropriately ambiguous form of hope. As the self-absorbed heroine strives to fulfil her rom-com narrative arc with her old boyfriend, Asako I & II suggests that there’s value in letting go of the very idea of a narrative, implying that Asako isn’t “supposed” to be with Baku any more than she was destined to marry the man she once took as his surrogate.

With surprising poignancy, Asako I & II channels the humbling smallness of life’s journey, and the human tendency to resist this banal, often disappointing reality with self-delusion. How much comfort or dread can be found in these ideas may depend on the level of irony with which you approach Hamaguchi’s slippery feature, but whether you choose to take its sweetness at face value or feel its darker connotations win out in the end, it remains an invigorating work that’s charged with more subversive energy than you’d expect for a story about the benefits of settling for mediocrity.

David Pountain (@David_Pountain) is a London-based writer who has previously contributed to Little White Lies, Asia Times and Eastern Kicks. He is also the editor of the FilmDoo blog.