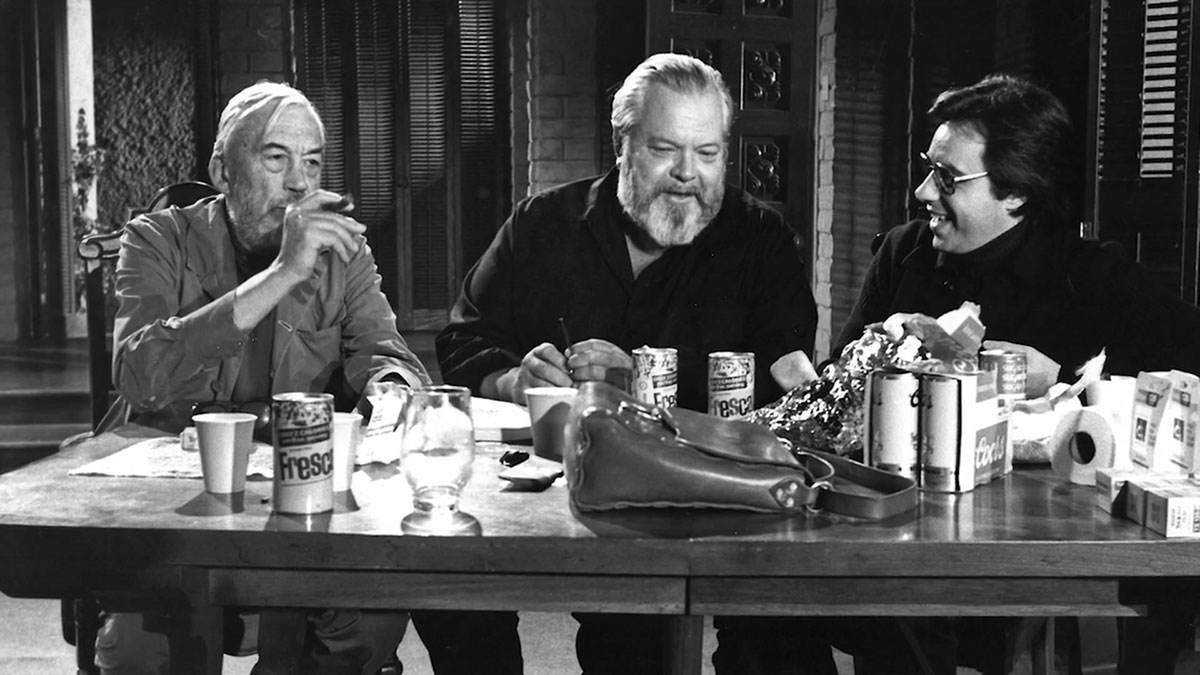 While Morgan Neville’s Fred Rogers documentary Won’t You Be My Neighbor? arguably captured more attention than any nonfiction feature released in 2018, his other big project, They’ll Love Me When I’m Dead, deserves careful examination by anyone who loves movie history. A companion piece to the posthumous release of Orson Welles’ notorious The Other Side of the Wind, Neville’s film uses, among other sources, Josh Karp’s 2015 book Orson Welles’s Last Movie: The Making of The Other Side of the Wind to offer viewers a contextualization aiming to sort out fact from fantasy. But Neville’s movie is also a beribboned box of irresistible petits fours that will be hungrily gobbled by Welles completists.

In the always-changing, ever-morphing screenplay for a film Welles claimed would only take two months to shoot but instead stretched to eight years, an aging film director named Jake Hannaford holds court at his Hollywood birthday party on what will be the last night of his life. Hannaford was played by a game John Huston, although Welles never let anyone, including Huston, forget that he could or should have taken the role himself. The character, of course, is Welles writ large, an amalgam of the wily mythmaker/truth-stretcher and other borrowed and stolen traits the one-time boy genius collected along his fascinating path — including a healthy dose based in part on Ernest Hemingway. 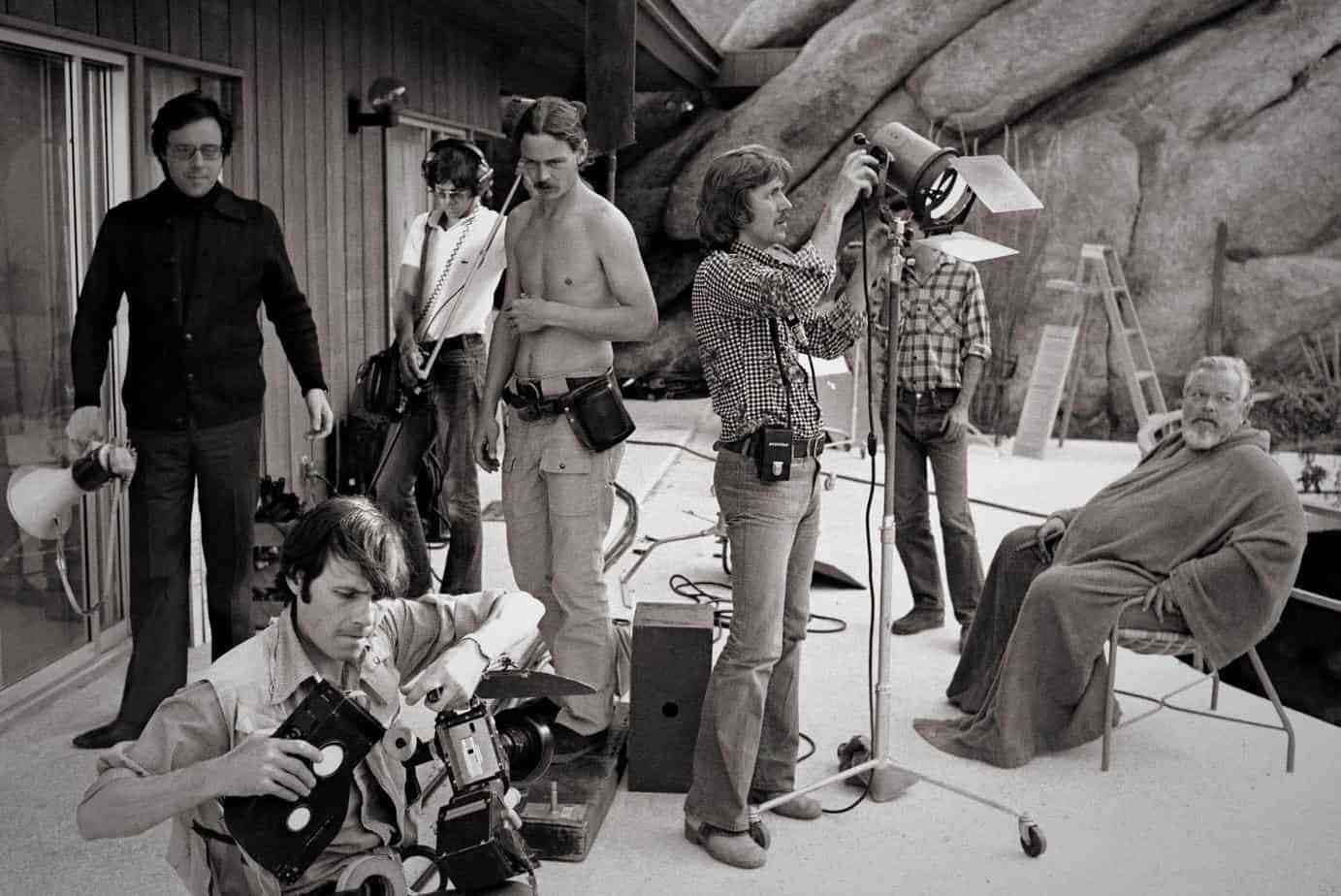 One of They’ll Love Me When I’m Dead’s best stories relates the depth of cinematographer Gary Graver’s devotion to Welles, and it operates as a metaphor describing the risks of all-consuming commitment to a mesmerizing guru happy to snare any flies who venture too close to the web. Graver put everything on the line — including his money, physical health, mental wellness and relationships with his own family members — to help Welles realize The Other Side of the Wind. Graver’s labor was unpaid, and the photographer would take B-movie and porno gigs during the protracted production of Welles’ movie just to make ends meet. The details of the cameraman’s saga make up several it’s-all-true jaw-droppers in They’ll Love Me When I’m Dead, and Neville doesn’t even have time to get to the fate of Welles’ Citizen Kane writing Oscar, which he gifted to Graver.

Along with Graver, Neville admirably keeps track of a lengthy scorecard of commentators, conspirators and contributors great and small in They’ll Love Me When I’m Dead, including Oja Kodar, Peter Bogdanovich, Frank Marshall, Cathy Lucas, Dennis Hopper, Cybill Shepherd and on and on. Each functions to connect a few or more of the dots of head-spinning in-jokes, asides, insults and references Welles made in The Other Side of the Wind on behalf, or at the expense, of those in his orbit. Bogdanovich was one of the closest, and the longtime keeper of the Welles flame shares the incredible anecdote of receiving an envelope containing two letters from his mentor following cruel comments made by Welles and Burt Reynolds on The Tonight Show. One of the notes was a heartfelt apology and one piled on the venom. Welles told Bogdanovich to take his pick. 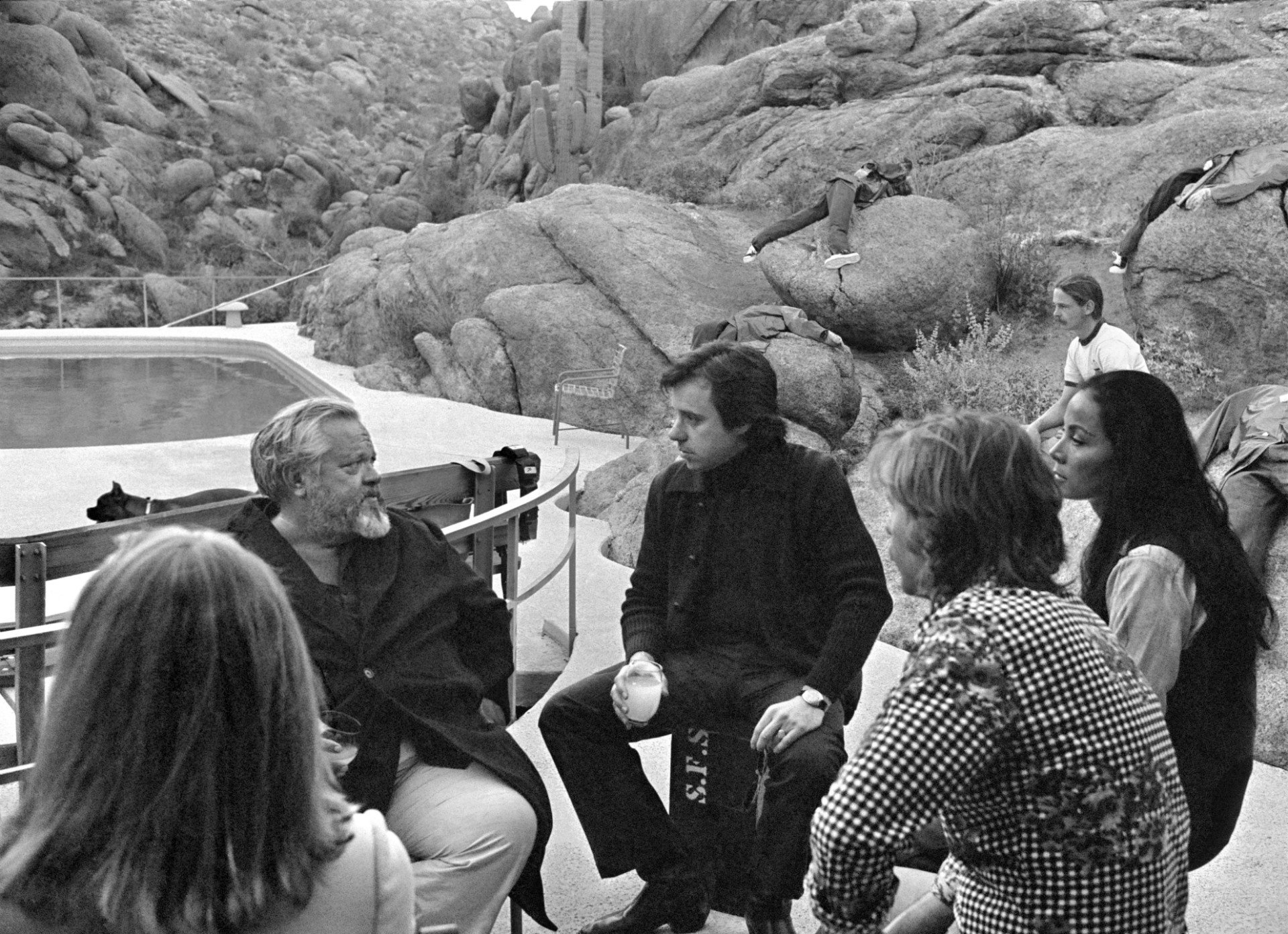 Obviously, Welles did not live to finish The Other Side of the Wind, but the cut that now accompanies They’ll Love Me When I’m Dead into the world allows viewers to decide whether the great auteur has pulled off another of his famous magic tricks. As the ultimate maverick estranged from the studio system that chewed him up and spit him out, the master’s “final” film will be the experimental meta-narrative gift that keeps on giving. The Other Side of the Wind adds another row of reflections to join with the ones in Xanadu and Magic Mirror Maze. Its vibrating self-awareness, unwieldy traveling circus vibe and mind-bending movie-within-a-movie duality allow Welles to simultaneously mock and indulge in the critically celebrated, sexually-charged, Antonioni-style, European art film.