Moments of Revelation in Martin Scorsese’s ‘Silence’ and ‘Shutter Island’

Assessed on its own terms, Martin Scorsese’s Silence is a daunting piece. Released after about 25 years of staggered development, it might reasonably be considered the most “definitive” title in its director’s oeuvre. That is, seeing as it incorporates so many of the auteur’s career-long questions regarding Christianity, violence and self, the film plays like a cumulative statement. Indeed, it’s worth contextualizing its lofty philosophical and formal concepts alongside previous Scorsese films. There are a number of ways to approach this strategy. In “Holy Men, Holy Losers: Scorsese, Silence and the Mystery of Faith,” Bilge Ebiri has already written insightfully on the movie’s connections to its auteur’s most openly faith-based works, The Last Temptation of Christ (1988) and Kundun (1997); additionally, Scorsese himself has alluded in interviews to its connections with Bringing Out the Dead (1999). These points of reference are key, and it is also worth reflecting on Silence both as a standalone title, and as an adaptation of Shūsaku Endō’s excellent novel (originally published in Japanese in 1966, and first published in English in 1969). However, after much reflection, I find myself most fascinated by the ways in which Silence engages with Shutter Island (2010), another literary adaptation (Dennis Lehane’s source novel was published in 2003). To be sure, these two films share no immediately apparent characteristics. Silence shows Scorsese in a relatively patient mode, echoing the visual discipline of Kenji Mizoguchi and Robert Bresson rather than embracing his increasingly maximalist form (his exuberant visual style develops noticeably around Life Lessons [1989], but stands out especially from Casino [1995] to The Wolf of Wall Street [2013]). Indeed, Shutter Island fits this label of maximalism, conveying its protagonist’s fragmented point of view through expressive camerawork, confrontational music cues and rapid editing. At first glance, then, Silence and Shutter Island might present Scorsese in starkly opposing positions: the deliberate and formally meditative study of faith, versus the aggressive exploration of Gothic iconography and violence’s psychological tolls.

However, it is through an analysis of the two films’ endpoints that a connection makes itself clear. Specifically, consider the scene in Silence that finds Father Rodrigues (Andrew Garfield) finally meeting Father Ferreira (Liam Neeson); put into conversation with Teddy Daniels’s (Leonardo DiCaprio) last encounter with Dr. Cawley (Ben Kingsley) at the top of a mysterious lighthouse, the scene develops further meaning and implication. Indeed, both narratives reveal surprising commonalities when these two scenes are linked. Silence dramatically reinterprets the search for “lost soul” Kurtz in Joseph Conrad’s Heart of Darkness, while Shutter Island employs the dark “soul-searching” of Gothic horror in order to unleash a “return of the repressed”; rather than finding conspiratorial horrors at the top of the lighthouse, Teddy is forced instead to confront his own supressed and unspeakable acts of violence (after discovering that his wife had drowned their three children, he shot and killed her). It is also key to note that both films go on to unpack these scenes’ implications in subtly parallel ways. 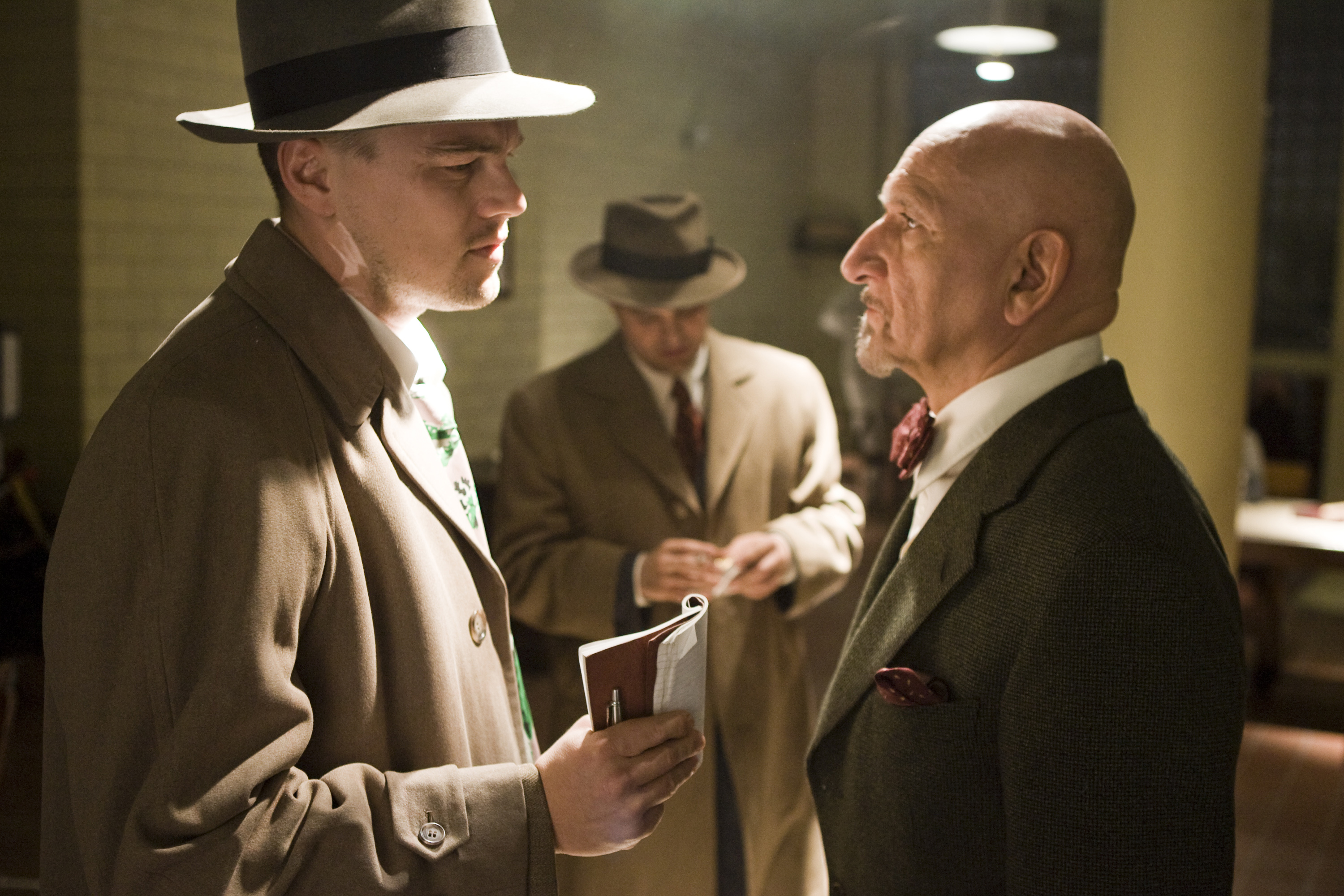 Both Rodrigues and Daniels exhibit the intent to maintain their worldviews: Rodrigues commits to the preservation of his Christianity, refusing to apostatize no matter what the consequences might be. If he must be tortured, or even watch others being tortured and murdered, then such is the mysterious will of God. Daniels, conversely, commits to the unconscious fantasy of undergoing an investigation at Ashecliffe Hospital for the criminally insane. He perceives himself as the steadfast and rational detective, navigating an environment of ubiquitous threat and madness. More explicitly complicit in violence than Rodrigues, he suffers migraines throughout the film, tormented by horrific flashbacks of his participation in the Dachau liberation reprisals. Both of these men conduct searches with external objectives (Rodrigues must confront the apostatized Ferreira, while Daniels must expose the labyrinthine conspiracy of Ashecliffe Hospital). However, both men’s destinations unfold into processes of internal re-evaluation. Finally, though, both protagonists choose to revert to their original ways of moving through the world. Although they are faced with debilitating arguments against their perspectives, they choose maintenance of the internal status quo. That both films inflect these choices with the impact of their revelations links them further.

More specifically, Silence pits Rodrigues against Ferreira in an extended conversation, whereby Ferreira insists that to apostatize is to mitigate, and in fact to prevent, the unnecessary violence enacted by Japanese landowners against Christian peasants. The conversation unfolds to suggest that Rodrigues’s refusal to apostatize is ultimately an act of self-deception; the Japanese people do not perceive his Christian faith through his own religious ontology, but through a cultural reinterpretation more akin to Buddhism. These people are not dying for a Christian God, then, but for a misreading of Rodrigues’s faith. Thus, it might be said that they are dying for Rodrigues. Rodrigues reacts to this information with anger and resistance, ultimately accusing Ferreira that he is irreconcilably lost to the Church. However, after further violent coercion by the landowners’ forces, Rodrigues apostatizes in a gesture of equal exhaustion and mercy for the tortured Christian peasants. In a profound final shot, though, the film shows Rodrigues’s dead hands wrapped around a Christian cross, a gift from executed Japanese Christian Mokichi (Shin’ya Tsukamoto). Although it eventually became a secret, Rodrigues maintained his faith until the end.

Conversely, the climactic lighthouse scene in Shutter Island finds Dr. Cawley forcing Teddy Daniels to relive his memory of murdering his wife. The truth is that there is no conspiracy going on at Ashecliffe Hospital, and that he is in fact the missing patient that he has spent the film’s entirety pursuing. Like Rodrigues, Daniels reacts first with fury and defense; he insists that Cawley must be participating in some elaborate and mysterious plot. However, the film finds Teddy finally confessing to the murder of his wife before, like Silence, he radically reinterprets that confession. Like Rodrigues in Silence, Teddy shows us in the final dialogue scene of Shutter Island that he intends to hold onto his worldview; while it may keep him imprisoned, he has weighed out the costs versus benefits, and decided on the ultimate importance of denial. The film’s telling last lines substantiate his decision; “Which would be worse — to live as a monster, or to die as a good man?” He chooses the latter, preferring to live out a performative role as a “good man,” a dutiful agent of the law, rather than to eke out his existence with the knowledge that he murdered his own wife. To be sure, Shutter Island lends itself to multiple interpretations, even leaving open the possibility that Ashecliffe Hospital is in fact an elaborately designed system of psychological control. This reading is supported in no small part by the film’s final shot: after Teddy’s closing reflection, Shutter Island cuts to an ominous wide shot of the lighthouse. A totem of uncertainty and uncovered repression, the lighthouse’s very presence suggests unanswered questions.

Played in conversation with Silence, Shutter Island substantiates an artistic recurrence in Martin Scorsese’s body of work. What is the cost to oneself of living by a system of belief? How does one balance one’s commitment to an ontology given a world of incompatible ideals and perspectives? Finally, one finds in Silence yet another reflection on that haunting question that closes Shutter Island: Which would be worse? To live as a monster, or to die as a good person? Further, how does one approach the notion of “truth” in a world that provides no stable definition? Silence takes up this latter question at length, but arrives at no stable conclusion. So, too, does Shutter Island’s final shot of the lighthouse give viewers reason to pause. Indeed, the question of truth is one worth serious evaluation. Pitted against the problem of self-denial, it opens up a world of interpretive possibilities.