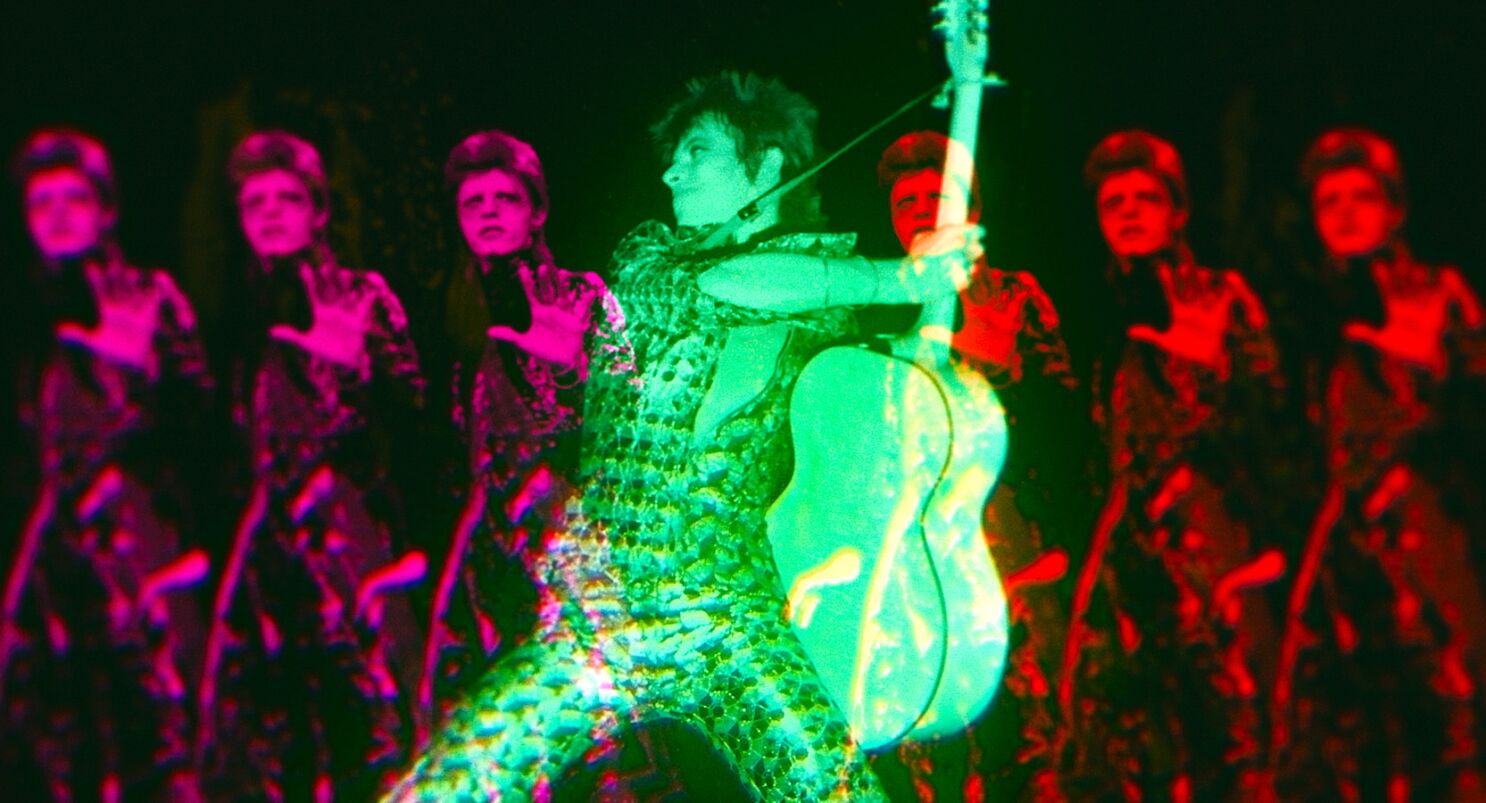 Veteran documentarian Brett Morgen clamps down on the experimental and the experiential in Moonage Daydream, an odyssey traversing the starfields of the late, great David Bowie. Touted as the first feature to be fully authorized by the Bowie estate (a claim that could signal something good or something bad, depending on how you feel about attached strings), Morgen’s film draws from a purported “five millions assets” to dazzle the senses with a turbocharged hagiography of its workaholic subject. Like the director’s previous rock explorations, Moonage Daydream is best viewed on a massive screen with a powerful sound system.

While news reporters, talk show hosts and breathless fans supply confirmation of Bowie’s convention-busting approach to pop cultural invention and reinvention, Morgen lets his subject provide the principal narration on-camera and via voiceover. Nixing talking heads and any freshly recorded interviews conducted with associates, family members and admirers (either famous or common), the technique is a solid fit. Moonage Daydream is committed to art and artist. With few exceptions, like the acknowledgement of Bowie’s love for Iman, private life stays private. Morgen favors the constantly shifting, always protean man-of-many-faces in Bowie’s public (dis)guises. 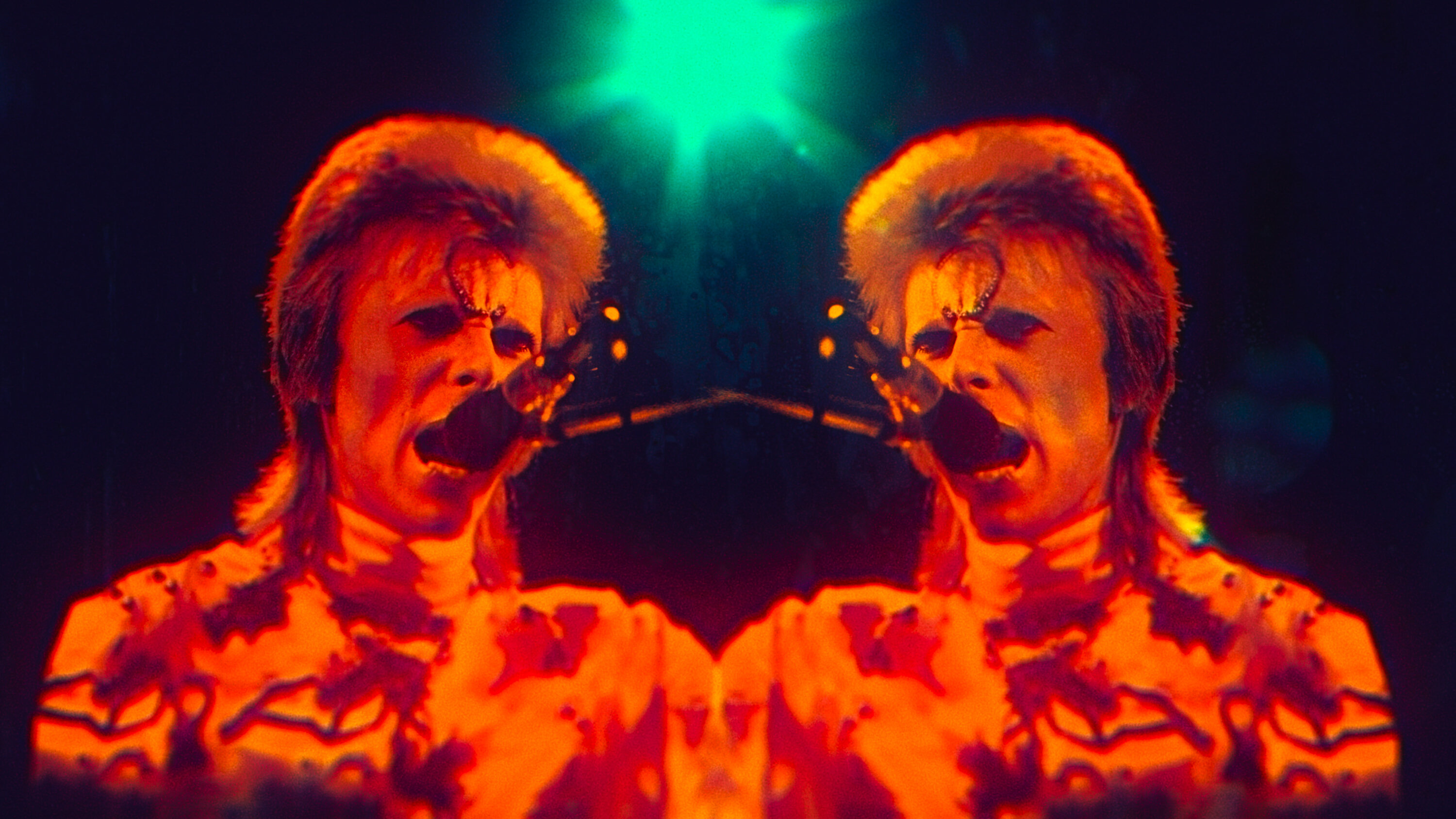 Even at 140 minutes, Moonage Daydream can feel strangely hurried and musically incomplete. Many of Bowie’s signature songs, including “Space Oddity,” “Heroes,” “Let’s Dance,” “Ashes to Ashes,” “Changes,” “Starman,” “Modern Love,” “Life on Mars?” and several others pop in and out of the timeline, some fleetingly. Morgen makes the seemingly impossible choice to give a few tracks extended play, but the most devoted acolytes will certainly weep for the ones left behind (“The Man Who Sold the World,” “Young Americans,” “Queen Bitch,” “Rebel Rebel,” “China Girl,” “Fame,” etc.). Even so, Morgen deserves some credit for taking a big swing.

The director can also be commended for both analyzing and trusting a very particular audience. He has made something for fellow aficionados, as Moonage Daydream assumes that the viewer already knows a thing or two about its star. The uninitiated won’t get any kind of straightforward treatment of chronological career highlights, even if the film is very loosely organized into core periods that extend beyond the studio albums to touch on Bowie’s other pursuits, from visual art to theatre and film performance. Clips from his stage turn as John Merrick in The Elephant Man are accompanied by images from features including Merry Christmas, Mr. Lawrence (1983), The Hunger (1983), The Man Who Fell to Earth (1976) and Labyrinth (1986). Even so, sound edges vision. 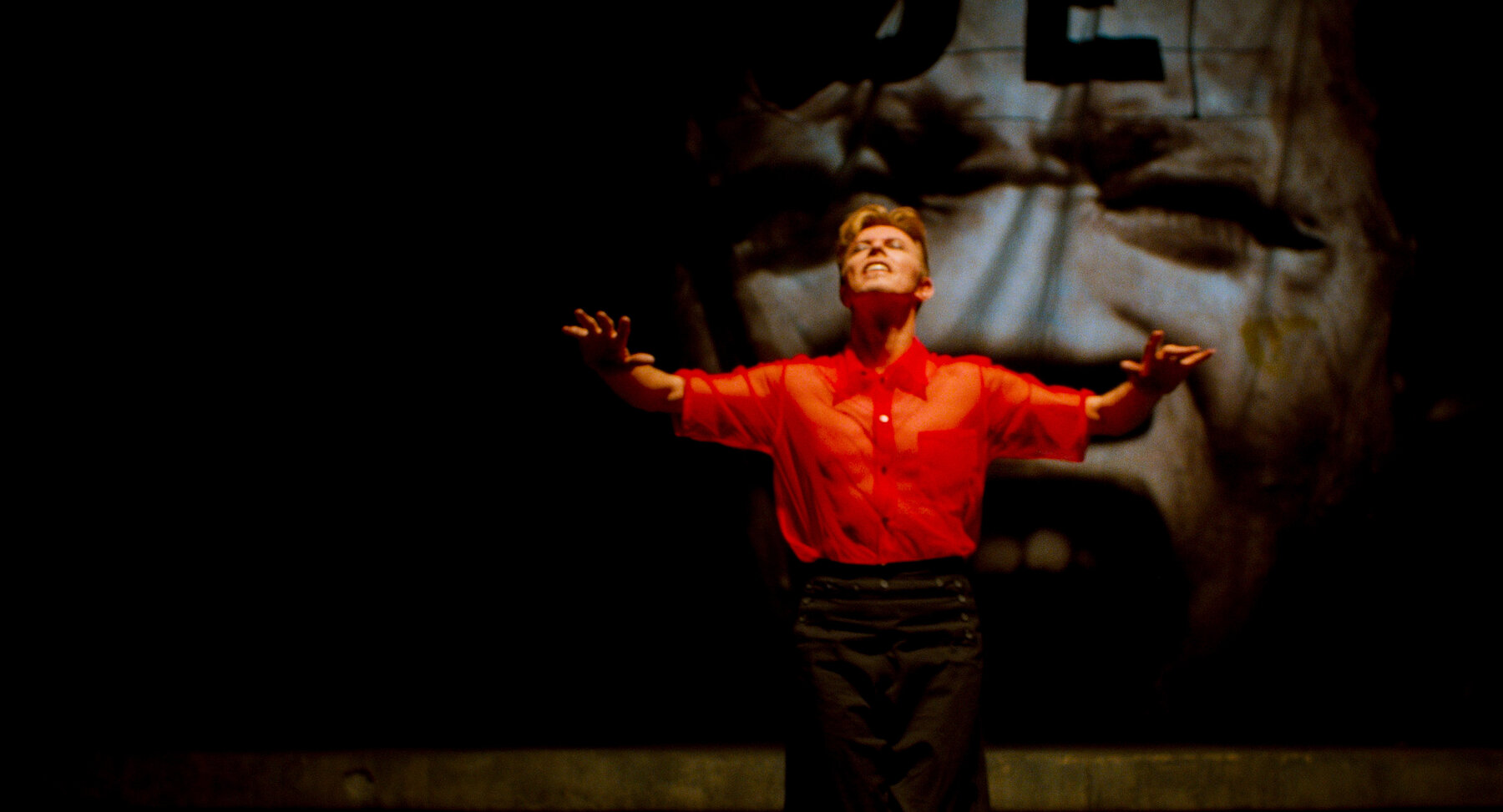 When Morgen inserts shots of Bowie strutting with Tina Turner to sell Pepsi, or backseat moments from Alan Yentob’s Cracked Actor (1975), Moonage Daydream toys with a level of critique that is otherwise mostly erased — like marriage number one to Angela Barnett. In general, the filmmaker falls back on his keen editorial skills to take viewers on an emotional ride capable of as much humor as contemplative, tearful darkness. So whether you count yourself as a diamond dog or an absolute beginner, trust Morgen to invite you to the dance hall. There’s no dress code, of course, but a finely tailored ice-blue suit by Freddie Burretti sure would look good.