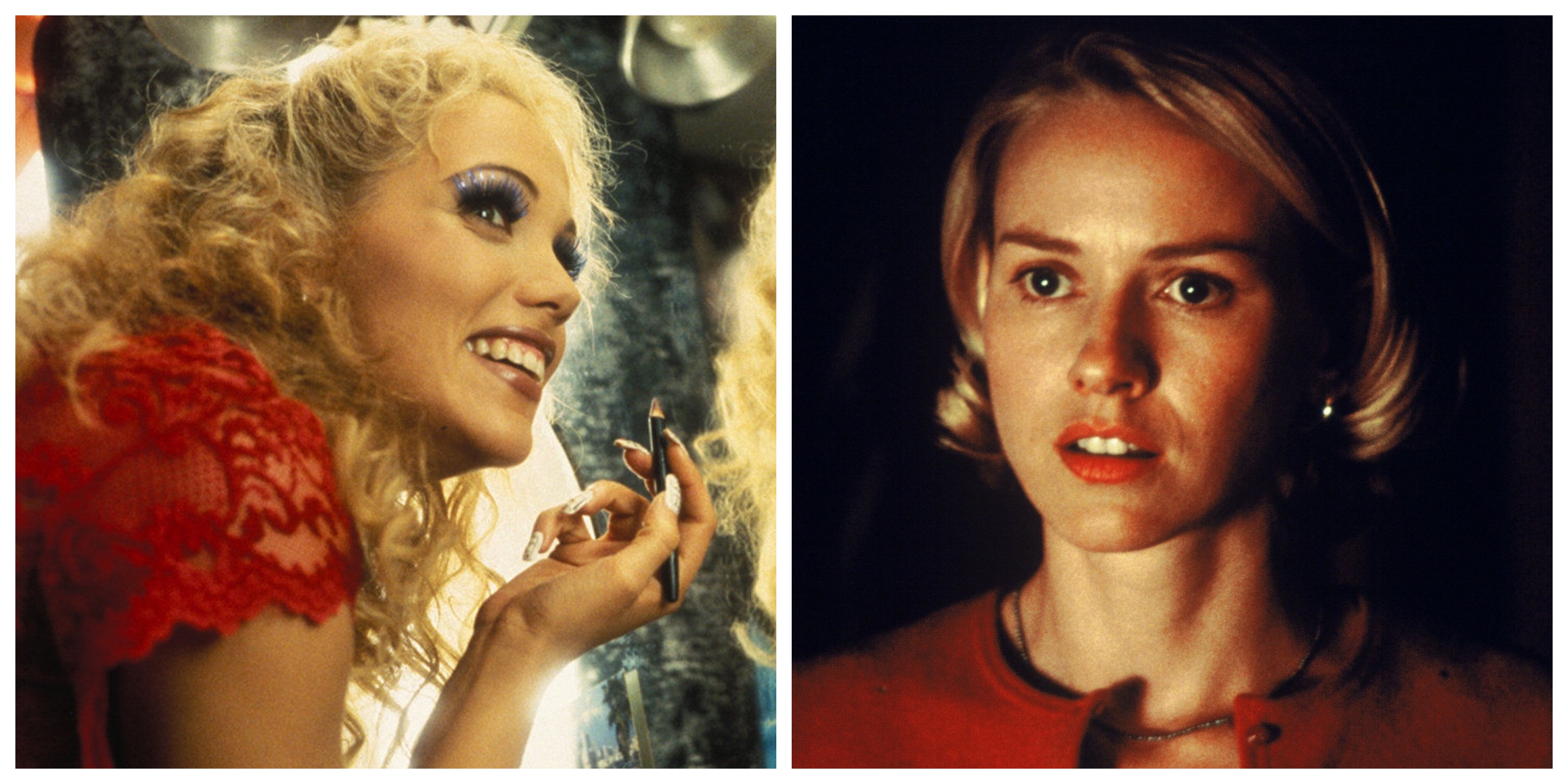 American cinema is littered with stories of young people journeying to the big city to chase their dreams, and watching as their hopes crumble to ash in front of them. Perhaps it’s something about the geography of the country, where its film production center ended up being right at the far end opposite of where European settlers arrived, that encourages stories of the same sorts of people chasing hollow dreams to nowhere.

When Nomi (Elizabeth Berkley) first appears in Paul Verhoeven’s Showgirls (1995), she is on the way to the big city — in this case, Las Vegas. And by the end of the film, Nomi is on her way to Los Angeles. Likewise, Betty (Naomi Watts) in David Lynch’s Mulholland Dr. (2000) also moves to the big city. For all their differing critical receptions, the two films are essentially about the same thing: the spiritual emptiness underpinning the American Dream.

Of course, many films are about the emptiness underpinning the American Dream; however, the similarities between Showgirls and Mulholland Dr. go beyond that and their related superficial similarities, with both productions pairing stereotypically beautiful all-American blondes and brunettes against and with each other. Verhoeven and Lynch have a philosophically similar outlook, at least when pairing just Showgirls and Mulholland Dr. together. The difference, of course, is in execution. Lynch is interested in psychological interiors, in the endless unlocking of memories and nightmares that exist in our heads. Verhoeven is interested in the exterior effects, in how the American Dream affects the skin itself and how a body might move through its structures.

It is psychological nightmare versus bodily harm. If ones reads the first half of Mulholland Dr. — with Betty aiding the amnesiac Rita (Laura Elena Harring) — as a nightmare that precedes the bright daylight of the second half — where jealousy tears apart Watts’ Diane Selwyn and Harring’s Camilla Rhodes — the film suddenly comes across as much more straightforward, more direct and hard-edged in its POV; an All About Eve riff filtered through the worst of guilt-ridden anxiety and murderous desire. 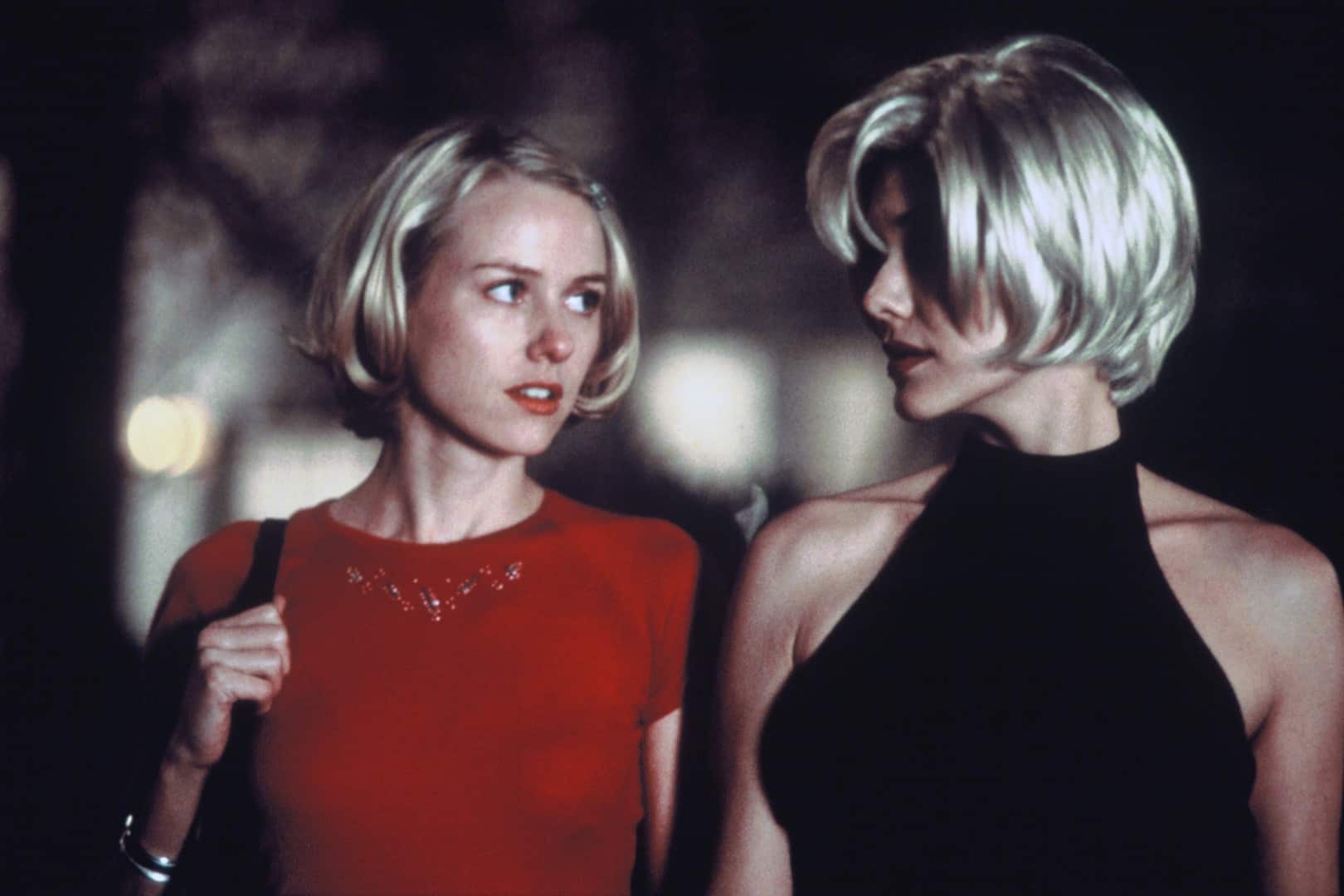 Showgirls’ All About Eve influence is even more obvious, but then this is a much more physical film, one in which the motif of physical harm is key to the plot. Those who are given priority in the chorus line or are moved up to understudies for lead dancer Crystal (Gina Gershon) are always the fittest and healthiest. And it is often physical injury or violent assault that brings characters in or out of the plot, with Crystal’s fall down the stairs foreshadowed by the subplot of two chorus-line dancers vying to strike the other out of the show.

The two films have had wildly different lives since their release. Mulholland Dr. was wildly acclaimed upon its 2001 premiere and is perhaps the crowning achievement of an already exceptional career. Showgirls was a major commercial flop and critically savaged; it has taken almost two decades for the film to gain anything like a genuine critical re-appraisal. As showcased in You Don’t Nomi, directed by Jeffrey McHale, Showgirls has been variously reclaimed as a camp classic (on the right track), a so-bad-its-good hatewatch (absolutely wrong), and as a film with genuine smarts, as laid out in Adam Nayman’s 2014 book It Doesn’t Suck.

Maybe that wildly randomized response is also a result of Verhoeven’s externalized, corporeal focus. He appreciates the physical existence of the body in a very visceral, matter-of-fact way, whereas Lynch is fascinated by mystery and unknowability. Indeed, everything one needs to know about Nomi Malone is spoken out loud or enacted by her at some point in the script: she can dance, she wants to be rich and famous, she likes eating chips and painting her nails; she also used to be a sex worker, and her entire life is spent trying to push herself away from the identity that American culture has given to her, that of a whore. Nomi’s agency is always at odds with the wider manipulative games, only affording her a certain degree of freedom before butting against misogynistic constraints. The manipulation, misogyny and constraints of freedom all feature in Mulholland Dr. too, but so many crucial details of the protagonists are shrouded in anonymity, as if arising out of the deep well of Midwestern hopes and dreams. 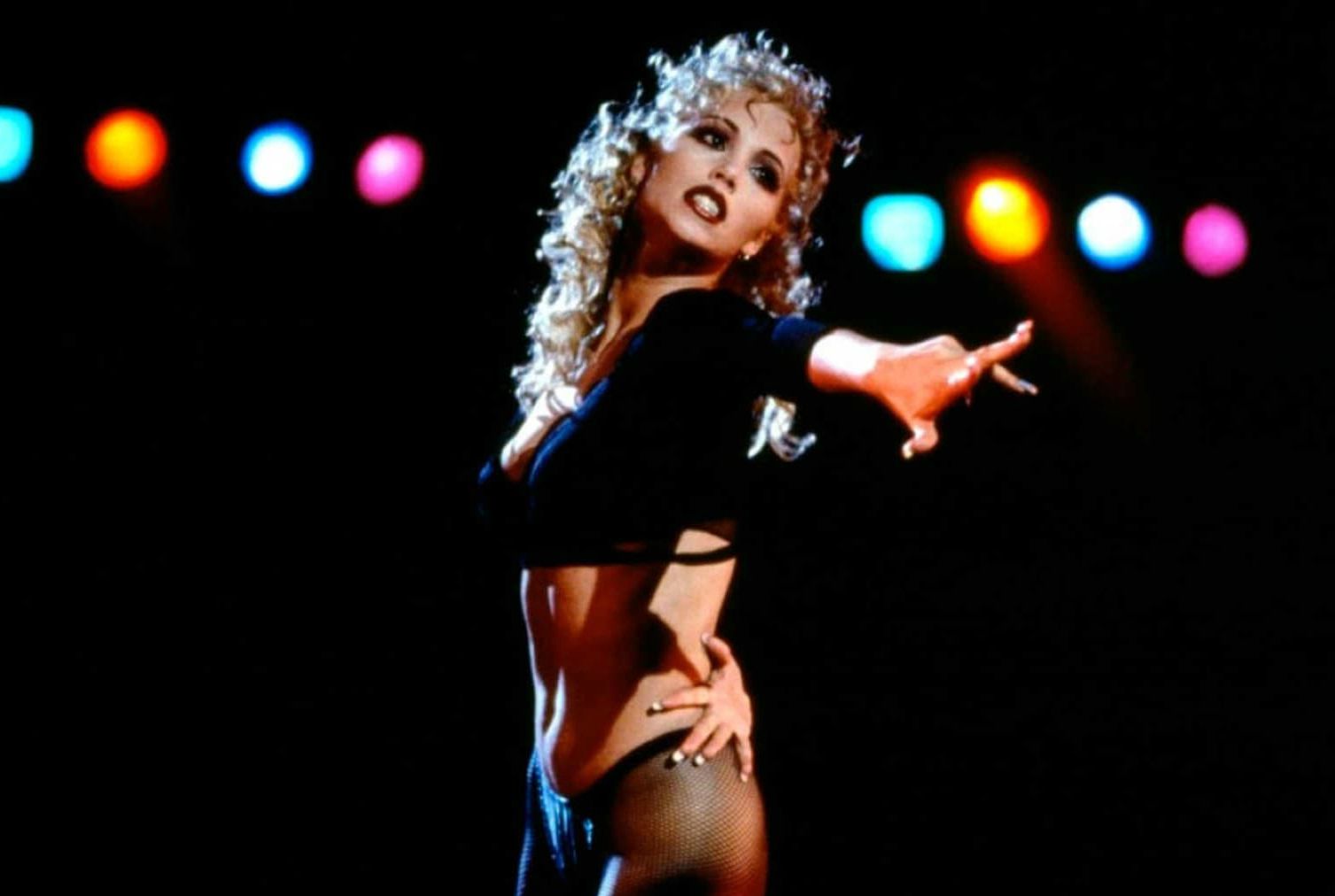 The old cliché goes that it takes an outsider to truly understand American culture, and Verhoeven’s Hollywood films may well be a near-perfect distillation of that, an oeuvre that distills the entire country to two core outputs: sex and violence. It’s hardly original, but Verhoeven understands it in such a blunt, direct-force way that it paradoxically seems to sail right over heads at the same time, as if folks are flabbergasted that somebody could pull back the curtains so easily. And therein lies the secret of Showgirls as a text of the American nightmare alongside Mulholland Dr.: it lasers so intently on that very specific American visualization of sex and its dead-eyed, plastic concept of skin (“you can look, but you can’t touch,” because to touch would be to recognize that there’s a real person under there) and ties that into all of its violent outputs, constantly reminding the audience that commodifying and commercializing women’s bodies without their agency so concretely and so staunchly only ever leads to physical agony.

Throughout Showgirls, the protagonists always seem over-lit; everybody is always photographed just a bit too brightly, their bodies seemingly inserted into the foreground, with the backgrounds often lacking depth. It’s deliberate: Showgirls is always teetering between an elegant visual language and the sheer crassness and tackiness of the Las Vegas environment. Similarly, Mulholland Dr. often utilizes this just slightly over-lit TV-set mood (after all, it was originally meant to be a TV series), deployed all the more effectively for Lynch’s uncanny valley imaginations, as if poking into the recesses of the set to find out what exists beneath.

Paired together, the films offer more than just an interior/exterior excavation of the same core themes, as each one illuminates the other’s outlook. There’s a scene early on in Showgirls where soon-to-be-BFF Molly (Gina Ravera) asks Nomi where she’s from. Exasperatedly, Berkley’s character throws her soda down and says “different places!”For many, the moment reads as a baffling character choice — but for me, it’s perfectly logical, and a superb line-reading to boot. In one breath, Berkley seems to sum up everything about Nomi’s innate desperation, longing and desire to leave her past behind, even if little of it is revealed at this point in the story. Maybe it’s analogue in Mulholland Dr. is Betty’s audition scene with the aging Jimmy Katz (Chad Everett), which takes a sharp turn into a particularly performative sensuality that’s all about selling her physique to the lead and to the casting director. In these isolated moments, Nomi of Showgirls and Betty of Mulholland Dr. seem to be communicating with each other across space and time, from entirely different films yet resolutely from within the same universe.