A Macabre Tale of Culpability and Self-Recrimination: Vishal Bhardwaj’s ‘Maqbool’ 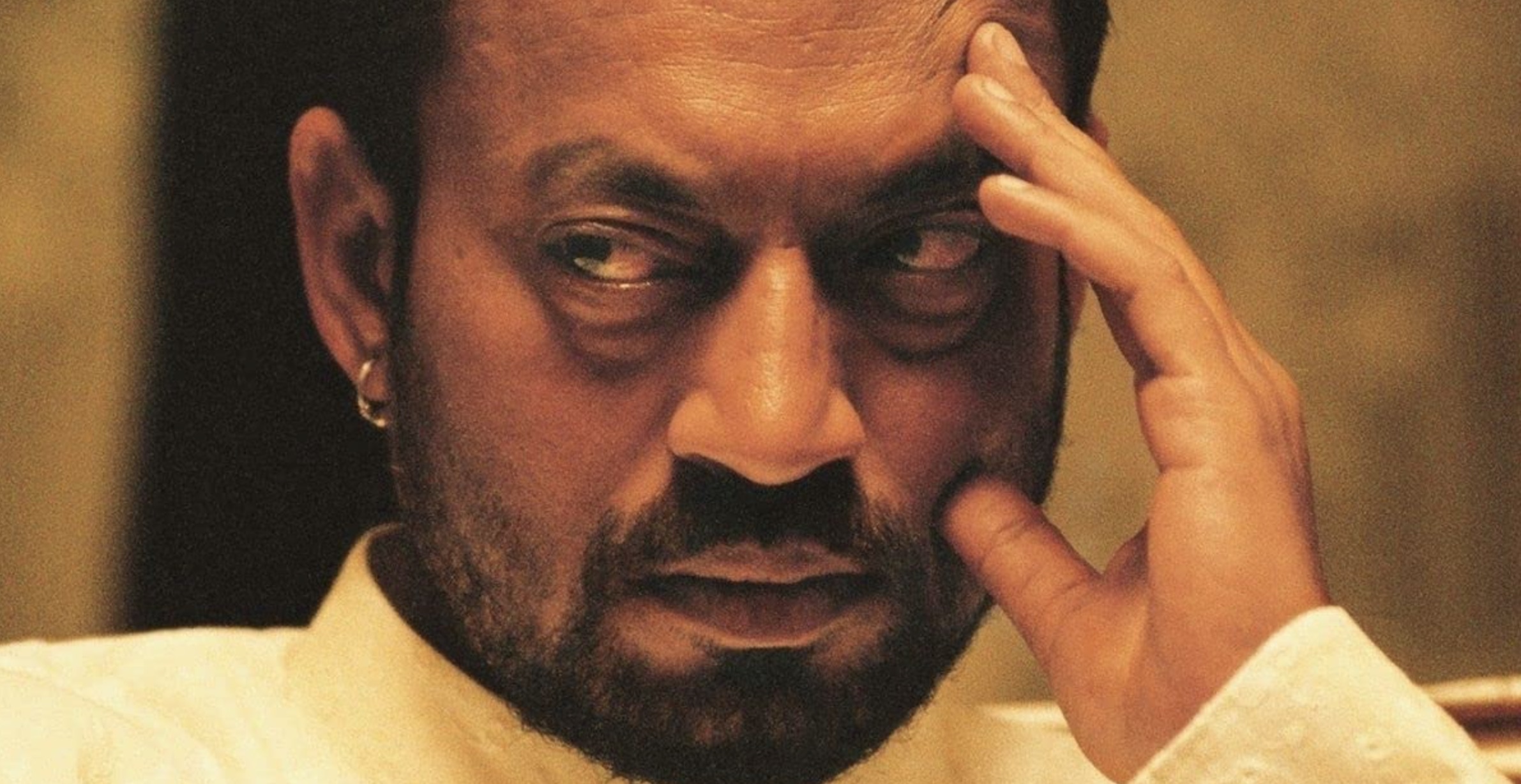 Maqbool, a 2003 film by Vishal Bhardwaj, is a gripping Hindi-language adaptation of William Shakespeare’s Macbeth. The character study explores the oscillating predilections of the human mind swung between loyalty and betrayal, benevolence and greed, while seeking power. Bhardwaj maintains a deep-rooted understanding of Indian realities while practicing broad internationalism. He dives into the themes of friendship and moralism with an offhand efficiency, reflecting an atmosphere of corruption and social decay.

Bhardwaj and co-writer Abbas Tyrewalla don’t rely upon centuries-old Shakespearean verse to set the nuances of their adaptation. Using robust and poetic Urdu dialogues and transporting the setting to the underworld of Mumbai, they create a convincing milieu that is coolly majestic in its cinematic staging. The titular character, played by the late Irrfan Khan, works as an indispensable associate for Abbaji (Pankaj Kapoor), a Mafia don, who has a stronghold over the city and is revered by ordinary citizens and politicians alike. Abbaji has a long-time mistress, Nimmi (Tabu), who had come to the city of Mumbai from Lucknow with a dream of becoming an actress but could not fulfill her ambitions. In due course of time, she developed a clandestine relationship with Maqbool. When Abbaji falls for a younger film actress, Nimmi realizes that her position in the life of the lascivious and aging gangster is vulnerable. She feels betrayed and threatened, and uses her beauty and charm to manipulate the mind of her besotted lover, Maqbool, to hatch a guileful plan. A version of Lady Macbeth, Nimmi and her venomous incantations inspire Maqbool to involuntarily participate in a premeditated murder. 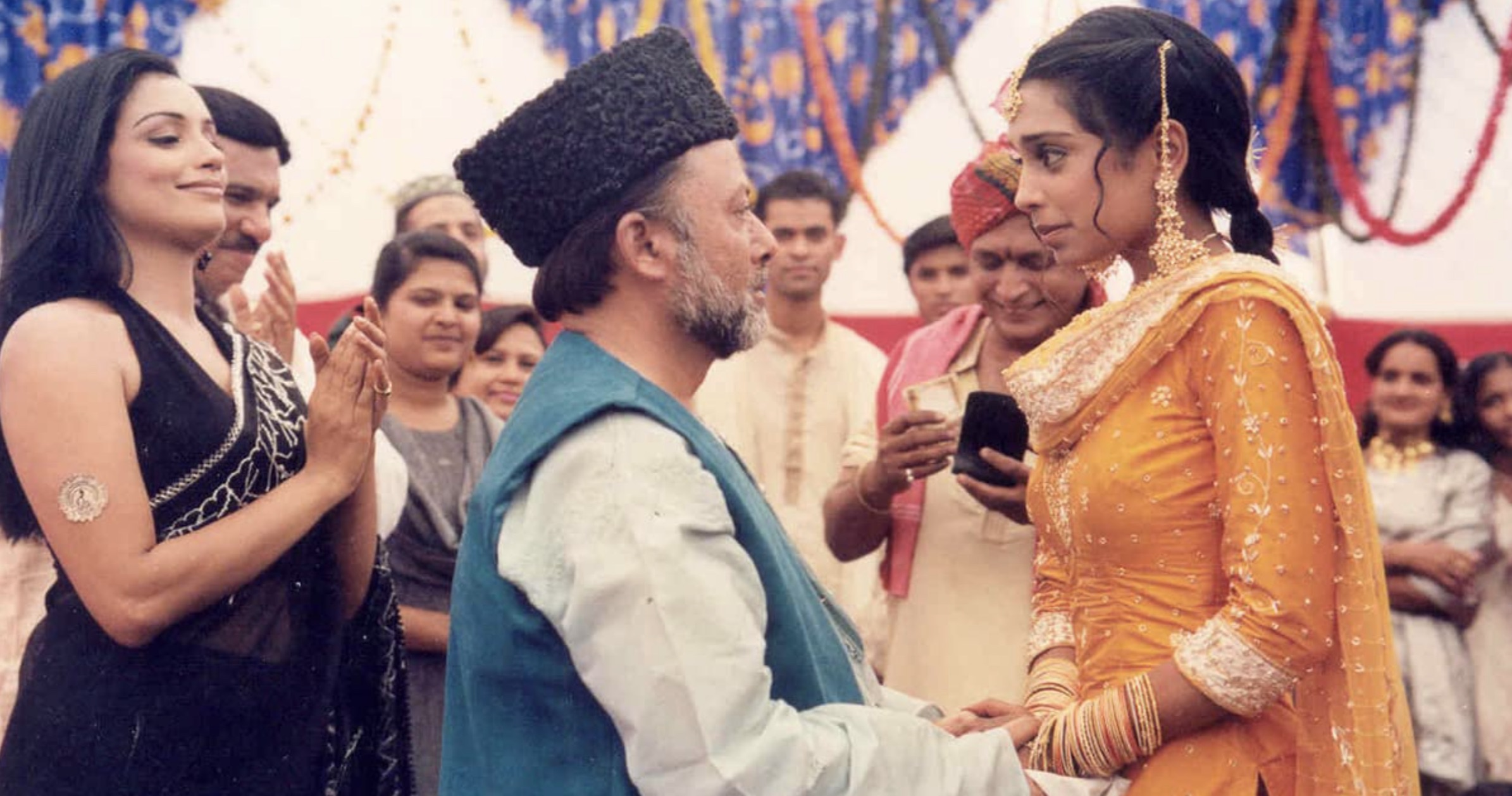 With sheer confidence and skill, Bhardwaj incorporates certain emblematic elements from the play to alleviate the dramatic and emotional structure of Maqbool. As the film begins, the director introduces two inspectors, Pandit (Om Puri) and Purohit (Naseeruddin Shah), who substitute for the source material’s three witches. On a vaporized surface of the glass, inside a police van, Pandit draw a horoscope, which according to him is the fate of Mumbai that will soon by ruled by Maqbool. But a few minutes later, Purohit shoots a gangster and his blood splatters on the horoscope. In response, Pandit replies that Purohit has splattered blood all over the city. From there, blood acts as a leitmotif throughout the film. In one scene, the laborers decorate the exterior of a farmhouse with yellow flowers for the wedding. Maqbool orders them to start decorating with red flowers, which symbolizes the color of blood and foreshadows the mayhem that is about to follow. Before killing Abbaji, Maqbool, in a state of delusion, finds the blood of slaughtered goats that hasn’t been washed from the floor. Nimmi, on the verge of losing her mind, finds the stench of blood everywhere in the room. She frantically washes the walls, assuming there are stains of blood. The pathetic condition of the characters speaks volumes; when one is destined to lose, the end result ceases to matter and victories are measured by the margins of loss. Similarly, when Maqbool starts losing the grip of his tyrannical desire for power, Pandit states that if the sea comes into his house, he will sink. Later, members of Maqbool’s gang are arrested by the coastal guards while smuggling goods in the sea. Officers then raid the title character’s farmhouse, where he makes a narrow escape and eventually meets his end at a hospital. So, in a nutshell, Maqbool incorporates the essence of Macbeth and weaves it masterfully within the narrative in such a way that the ubiquitousness of the Bard’s themes and allegories remains intact.

Cinematographer Hemant Chaturvedi presents viewers with tensely poised images; a blend of subdued, calamitous connotations evoking a film noir feel, in which the uncertainty, apprehension and fear experienced by the characters feels palpable. Chaturvedi is very careful to punctuate moments with facial expressions. A particularly telling piece of thoughtful composition emerges when a resort model is displayed in Abbaji’s courtyard. The happy faces of various characters contrast with the cold stare of Nimmi; the scheming expression on Maqbool’s face is composed with such alacrity that it foreshadow dramatic conflict. The night-time setting has a brooding atmosphere, with dots of street lamps piercing the darkness of the city, perfectly representing the sinister and deceptive world of crime. At the same time, an exterior musical sequence featuring the song “Rone do” is lighted in a manner that complements the lyrics and Nimmi’s interactions with Maqbool. This scene evokes a romantic vibe and provides a momentary respite from the inherent drama. Also, the interior locations are shot with spatial precision and detail the character choreography with such fervor that it illustrates their psychological states. As the film nears its climax, the image of an emotionally shattered Maqbool and Nimmi, reflected in a mirror, disquietingly and meaningfully conveys the cracking of their restrained demeanors. Through the feeling of paranoia, Bhardwaj wants the viewers to empathize with the plight of these two vilified creatures. 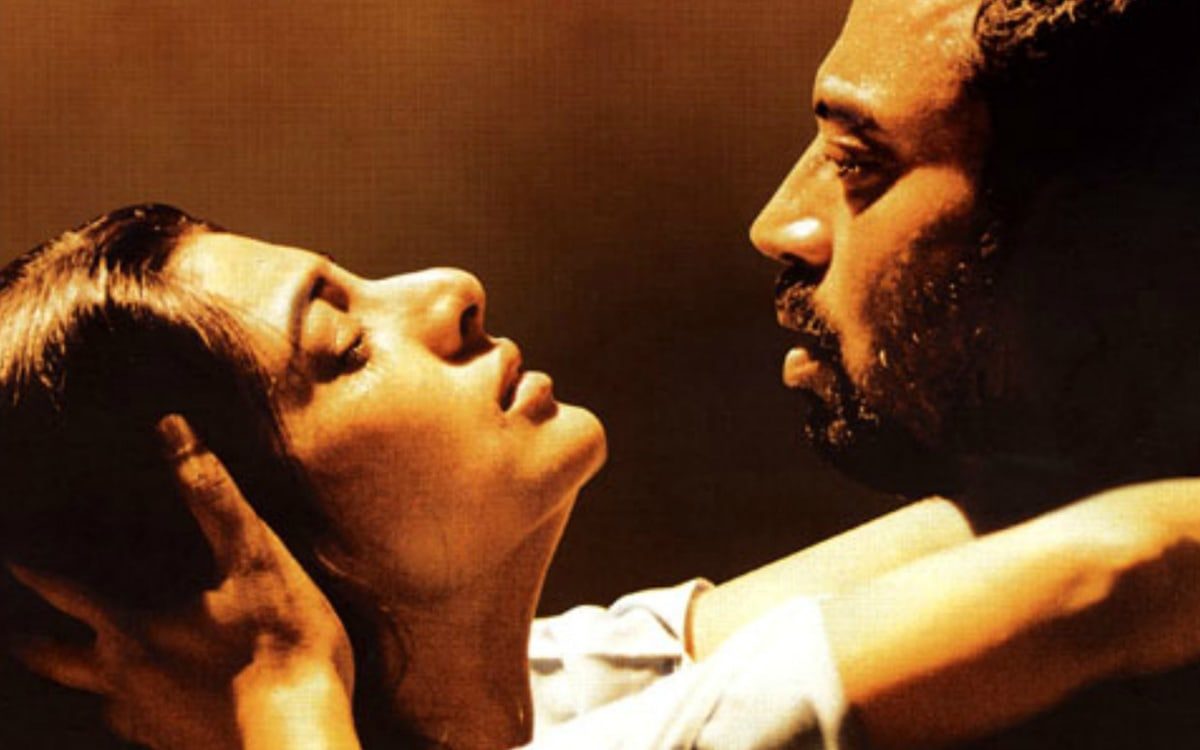 Bhardwaj and editor Aarif Sheikh proceed at a quiet and measured tempo to maintain the lucidity of Maqbool’s structure. The filmmaker is not interested in supercharging the dramatic moments and lets each scene unfold evenly. Whether it’s an action or chase sequence, a musical or emotionally charged moment, the narrative follows a brisk progression. In addition, the haunting and towering raw performances from the primary cast bring sheer energy and dramatic vehemence to the film, which makes Maqbool one of the more tastefully formed Bollywood dramas of the early 2000s.

Maqbool leaves the audience with that extraordinary feeling only a few Hindi films have the ability to achieve — it’s both profoundly satisfying and artistically existential. The dreadful sadness that descends on the operatic film during the final moments creates a euphoric feeling with an overwhelming sense of loss. The viewing experience manifests a sign of courage, conviction and  faith via the enthusiasm of a filmmaker with perceptive integrity.