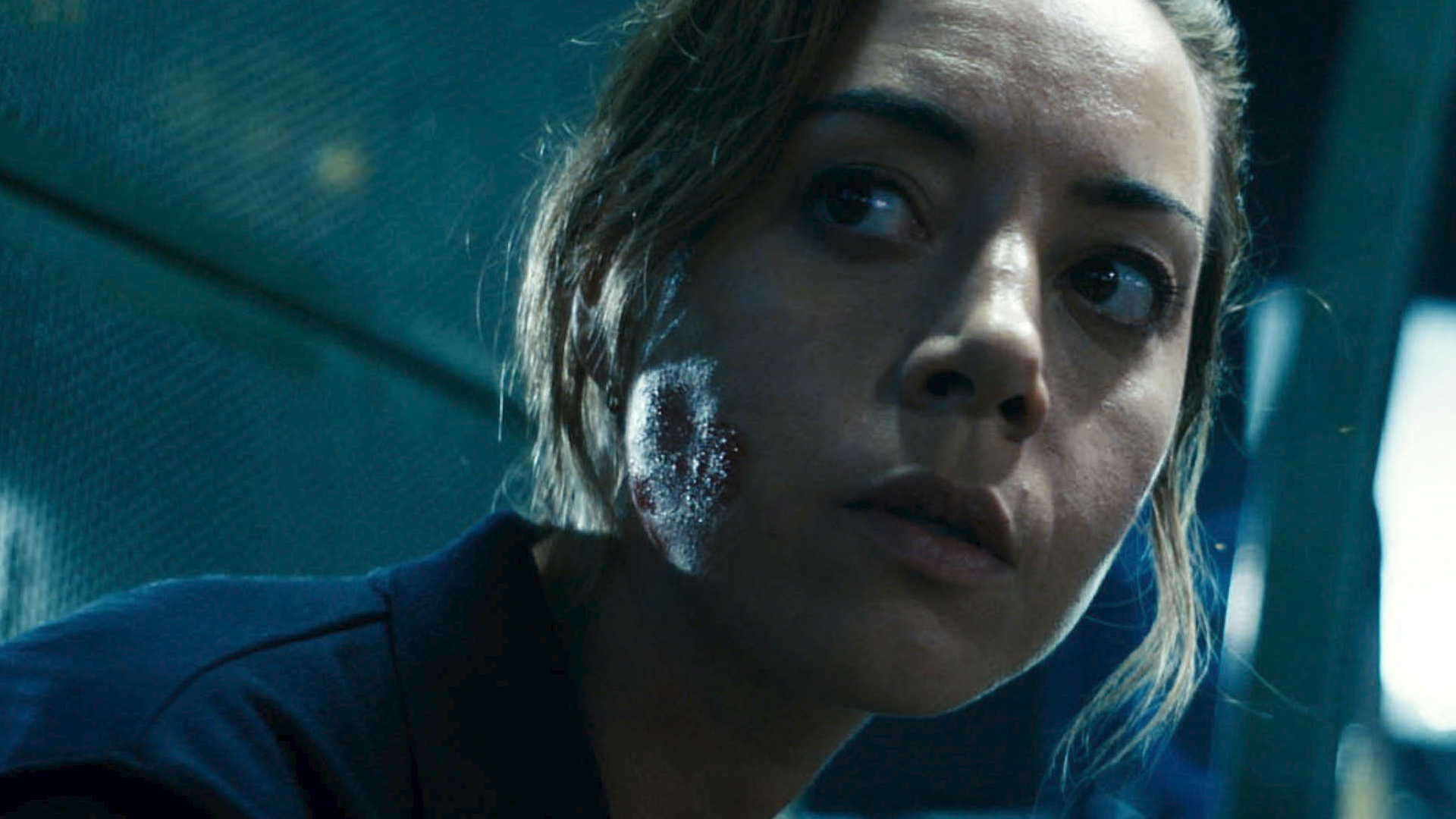 Everyone at one point or another has broken the law in some small way, but it takes a special blend of circumstances to lead to a life of crime. That blend usually includes the ingredients of ambition and desperation, two elements that are in abundance these days. Perhaps that’s why Emily the Criminal, writer/director John Patton Ford’s debut feature, feels so naturally relevant and grounded. Numerous films have looked at Everyperson, street-level criminals before, but it still feels rare to see a movie that makes a character’s journey from average citizen to career criminal so relatable and understandable at every turn. Star Aubrey Plaza, in her capacity as both an actress and producer, helps Ford a great deal in making Emily’s story one that doesn’t moralize her character but also doesn’t sanctify her, either. As a result, Emily the Criminal is the most vibrant crime movie to come along since 2019’s Uncut Gems.

While Emily the Criminal is easy to compare to Uncut Gems thanks to both productions being streetwise crime films starring actors famous for their comedy work and sporting a 70s New Hollywood-style approach, Ford’s movie is far more about desperation than the latter’s ambition. Emily (Plaza) is a woman whose career goals have been marred by her past and the way the system weaponizes it against her. She’s first introduced during a job interview where her relatively minor criminal record is thrown in her face by the interviewer, in such a fashion that highlights the way most employers do their utmost to disqualify every candidate from the get go. Sent back to her demoralizing office catering job, Emily receives the number of an organization that a male co-worker promises will land her $200 for just an hour’s work. Upon using the number, Emily walks into a “dummy shopper” set-up, a highly illegal yet supposedly danger-free job run by the suave Youcef (Theo Rossi) wherein Emily and other volunteers will be given stolen credit cards to buy expensive items that will then be resold later. After Emily proves herself adept at the swindle, Youcef offers her the opportunity to do the same type of job but with higher risk and higher reward. Barely escaping with her life after that job, Emily decides she’d rather have more control over her operations, and Youcef (who’s attracted to Emily, and the feeling is mutual) provides her with the tools to start running her own credit card fraud jobs. Along the way, Emily sees an opportunity to land a legitimate gig as an artist, but such a path may be blocked by both her past and her criminal present.

While Plaza has broken out of her typecasting within the comedy world before — most notably in 2020’s Black Bear — Emily the Criminal proves beyond the shadow of a doubt her range as an actor. Plaza’s trademark deadpan, sardonic delivery crops up here and there in her performance, lending Emily a bitter wit at times. Yet the film never seeks to directly embrace or recall that image, letting the actress construct a unique character that doesn’t capitalize on her past. Still, Plaza’s likability makes the film notably buoyant despite its gritty and occasionally dark subject matter, to the point where Emily’s relationship with Rossi’s Youcef feels almost like a romantic comedy at times. Plaza and Ford make sure that things never get too light, however, as Emily starts to gain more problems and more enemies the longer she stays in the criminal underworld. Ford doesn’t do the typical crime film thing of ramping up tension — with the exception of a blisteringly brutal car chase early on, Emily the Criminal could not be classified as an action movie. Instead, Ford presents a less flashy version of Los Angeles that feels like it’s slowly constricting, with events and locations moving from the mundane to the ominous so smoothly that there’s no warning before danger emerges.

Far and away the most pervasive aspect of Emily the Criminal is its depiction of being on the sidelines of life in America, almost through no fault of one’s own. Right from the opening interview scene, it’s clear that Emily has a bitter chip on her shoulder, and that chip isn’t coming from something like her own flaws that she won’t admit to (as is the case with many a crime film protagonist) but rather the way the economic system and the Man keeps her down. While in many respects Emily the Criminal is a look at a woman in the archetypal role a man usually plays, the film doesn’t ignore the fact that women in positions of power can be just as impeding as men. In what may become the signature scene, Emily finally gets an interview with the head of an ad agency (Gina Gershon), only to be faced with a new set of arbitrary obstacles and prejudice that brings her simmering rage to a roaring boil. The film’s not-so-subtle thesis is that the legal methods in place for simply earning a living — let alone following one’s personal dream — are so inherently flawed that they’re practically opening the door to criminality. Emily the Criminal never depicts the protagonist’s fraud business as something blissfully freeing or transgressively breezy, either — it’s honest-to-goodness hard work, not some kind of cheat code or shortcut. It’s this approach that makes the inevitably dangerous and possibly deadly consequences of the criminal life less of a moral poetic judgment and more of an occupational hazard. The movie equates crime with virtually any other job, especially in the way hiring interviews tend to obscure the real rules and day-to-day hazards of the work. The fact that Emily the Criminal eschews the usual crime movie trappings, being neither tragic nor glorifying, makes it feel that much more honest. Like Emily herself and Plaza’s performance, it seems effortless on the surface, but its ultimate effect reveals the hard work put into it.