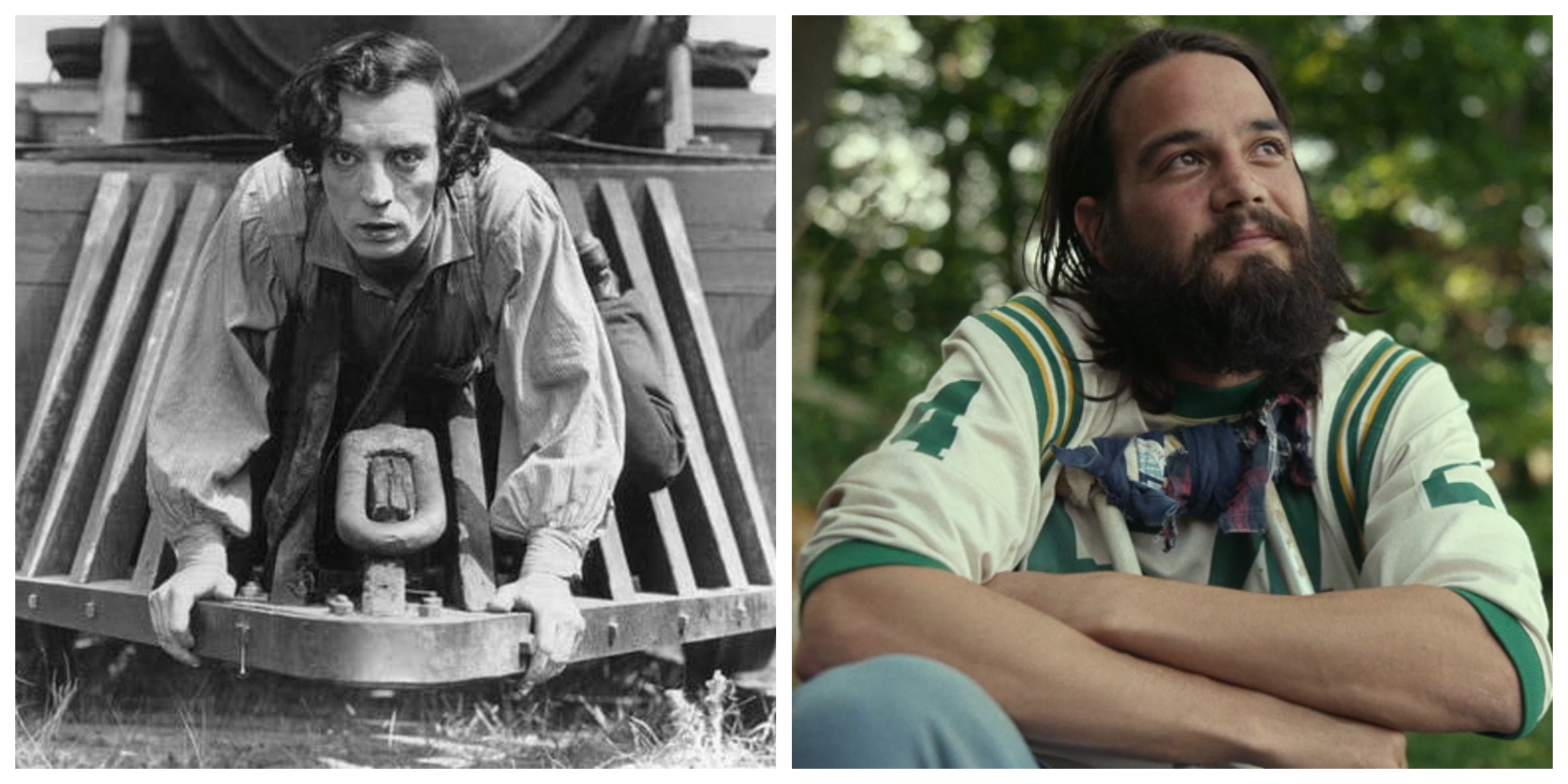 A strange thing happened as I read Dana Stevens’ sublime Buster Keaton biography, Camera Man. In December 2021 and January 2022, the real-life cinema engineer appeared to me every Thursday via Station Eleven’s fictional antihero, Tyler Leander (Daniel Zovatto). Both men were raised by respected actors who influenced Lake Michigan acting colonies. Each of these tortured souls received little traditional education during their formative years, and learned to cope with their inner demons through art. Both of these individuals have contrived public personas and survive in strange times by making spontaneous (and sometimes self-destructive) decisions. With Camera Man, Stevens immerses herself into Hollywood lore (à la Tyler Leander diving into the fictional novel “Station Eleven”) and re-emerges with a pure account of someone who took the long train home; a 20th century Doctor Eleven figure, a timeless cinema icon.

I compare Joseph “Buster” Keaton with the fictional Tyler Leander because their redemption stories are thematically similar and universally relatable. Stevens, in Camera Man, doesn’t romanticize her subject’s legacy but rather details the sociopolitical factors that influenced “the boy who can’t be damaged” during the 1910s. When the author describes 1917 as the “sweet spot” between do-it-yourself cinema productions and mass industrialization — a time when the industry percentage of female filmmakers reached an all-time high, even to this day — she helps the reader understand Keaton’s worldview as he left his father’s vaudeville act behind (along with summers spent at an acting colony in Muskegon, Michigan) and transitioned into cinema under the guidance of Roscoe “Fatty” Arbuckle in New York City. While reading this section in Camera Man, I was simultaneously watching Station Eleven’s Tyler Leander engage with a group of traveling performers on Lake Michigan (probably not too far from Muskegon) while planning his next move as a “prophet.” Whereas Tyler’s vision of the future is based on childhood memories of “Station Eleven,” Keaton used his real world experiences to predict the rise of on-demand television, as Stevens notes in Camera Man with a quote from her subject:

“I’m anxious to see the day when television and the motion picture industry marry and set out a system, because it can’t continue the way it is. I see only one solution to it: There should be paid televison, and they could keep the costs so low that the poorest man in the world could have a television, they can keep the entertainment that low-priced. And in that way you’d make pictures exactly the way you used to make them before television.” 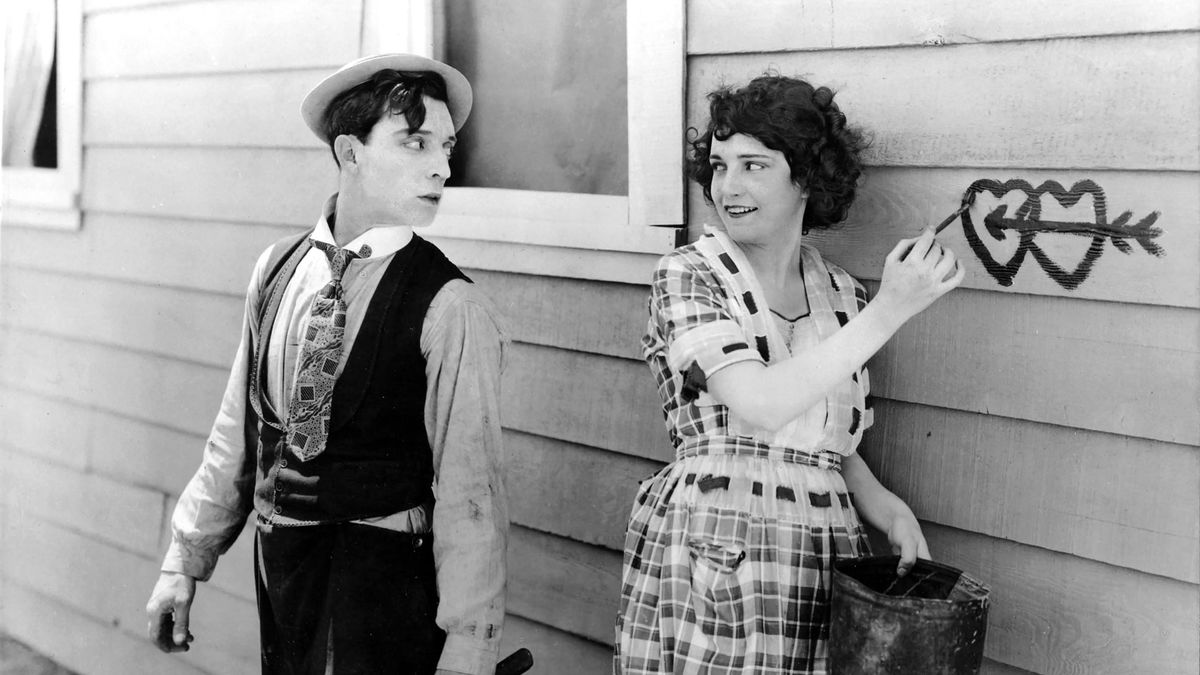 Stevens sinks the hook in Camera Man when chronicling the 1920s, an era that she correlates with the birth of film criticism. Rather than prioritizing industry gossip and behind-the-scenes drama, she thoroughly explains how the overall vibe in pop culture — “that the world is a dangerous place, and in it each of us is alone” — contributed to Keaton’s rollercoaster ride and subsequent alcoholism. He wasn’t a high society Hollywood type à la Charlie Chaplin or Harold Lloyd, but rather a relatively practical man from the Midwest who desperately tried to sustain control of his productions. In Station Eleven, Tyler Leander seemingly thrives as the leader of a child army who teaches followers to believe in a fantastical prophecy; in reality, he’s merely trying to save himself through escapism and art. When reality hits for both Keaton and Tyler — when these individuals discover a truth about their place in the world — they choose different ways to cope. For Station Eleven’s antihero, it’s William Shakespeare’s Hamlet that expands his mind and leads to clarity; for Keaton, it’s alcohol that sends him into a downward spiral. All throughout Camera Man, Stevens steadily reinforces Keaton’s technical brilliance — his ability to eliminate and re-invent routines from his repertoire — which makes the complementary passages about the subject’s alcoholism so difficult to read, especially a section about his last feature, the 1933 flick What! No Beer? 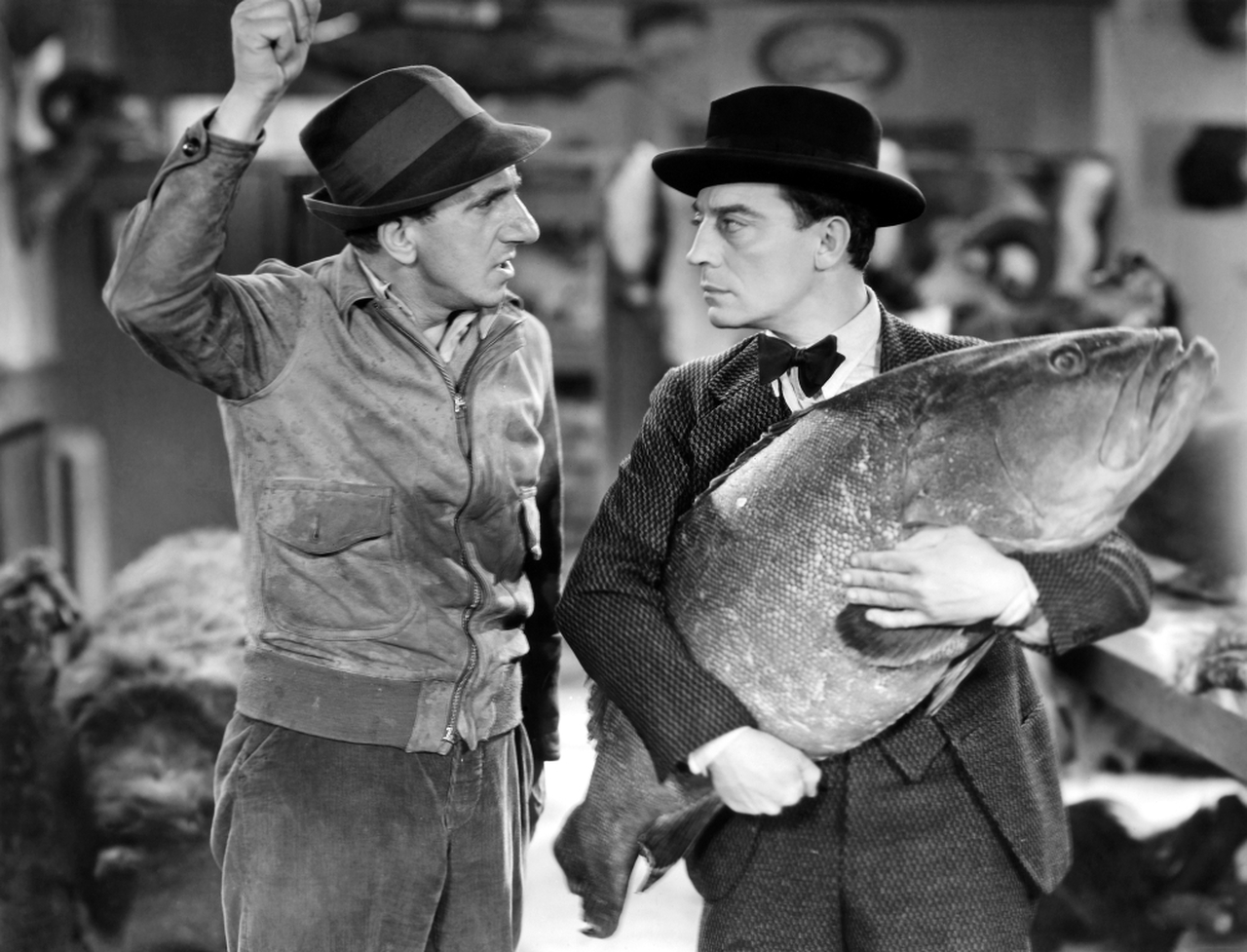 We often remember people for their meltdowns, those moments of chaos when they dump the gas and light the match. Station Eleven’s Tyler Leander quite literally torches a grounded airplane during his childhood and makes pandemic survivors believe that he disappeared for good. He becomes a myth, a legend, a cautionary tale about the son of a beloved actor who lost his mind during a flu pandemic. As Station Eleven fans know, however, that’s only part of the story — the prologue. With Camera Man, Stevens takes readers through the wildest part of Keaton’s life, a series of ups and downs that led to a revised worldview and newfound happiness, thanks in part to public appreciation and a woman who loved him. I’m so thankful that Keaton didn’t jump into the fire, and that he managed to re-invent himself and keep working as the industry evolved. I’m thankful to Stevens for her “unsnobbish enthusiasm” in Camera Man, just as I’m thankful to Patrick Somerville and his Station Eleven co-writers for their story about second chances and art therapy.

Atria Books released Camera Man: Buster Keaton, the Dawn of Cinema, and the Invention of the Twentieth Century on January 25, 2022.