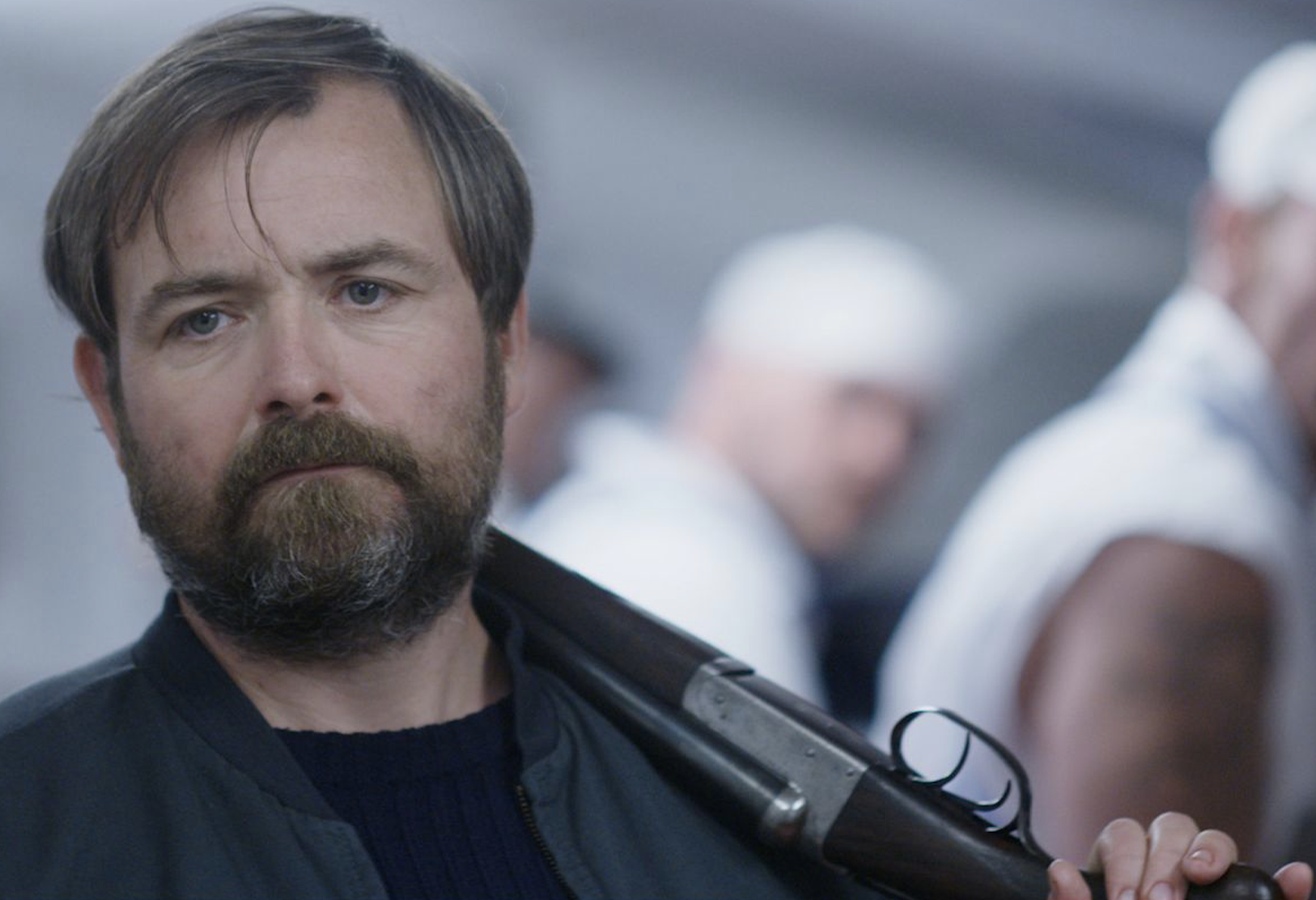 The British film industry is littered with has-beens, also-rans and couldn’t-get-theres, and there are few filmmakers who better encapsulate this curse than Paul Andrew Williams. You see, there are limited pathways for every auteur of these isles after their critical or commercial breakthrough: make a prestige drama (usually a period piece), make a comedy aimed at old people, direct television or retreat into the scuzzy world of the B-movie circuit. Williams’ debut London to Brighton (2006) is regarded as a British cult classic, driven by that cocktail of violence and kitchen-sink realism that the Union Jack is founded on. But his race-baiting exploitation film Cherry Tree Lane (2010) and pensioners at a choir snore-fest Song for Marion (2012) were such unmitigated disasters that the filmmaker languished for the better part of a decade on television.

Having run the gamut of the British cinema trap, it is no wonder that Williams’ subject matter, from the trial of Adolf Eichmann to his consistent theme of domestic violence, is so relentlessly bleak and unforgiving. Now, Williams returns to the cinema, and the B-movie well, with a prime spot at Fantasia Fest for the revenge thriller Bull, a grizzly and derivative star vehicle for Neil Maskell that nonetheless has a few pleasures stuffed up its sleazy sleeve.

Maskell plays Bull, who returns home after a decade absence because of… something. He wants retribution, and makes no bones about it. In the film’s opening moments, Bull leaps out of a car to proudly shoot a figure at a car garage in broad moonlight. Williams captures suburban London throughout with a cynic’s eye — Tudor buildings crammed next to industrial mess, the re-appropriation of heritage into shelled out-looking modern spaces. Progress, in Bull, is represented by line after line of anonymous new build homes.

“Tell them I’m coming,” Bull growls as he mutilates his victims, leaving them with a stamp. He hunts Norm (David Hayman), a gang leader who hangs out in greasy spoon cafes and green-carpeted pubs. It so happens that Bull married Norm’s daughter Gemma (Lois Brabin-Platt), and the pair had a child together. Flashbacks show Bull’s brutal life as a fixer for Norm, chopping off the fingers of butchers and lovingly spraying his family with a hose at a barbecue. But it isn’t all roses. It’s revealed that Gemma was a heroin user. Short, sharp cuts to a burning camper van suggest an inevitable tragedy in Bull’s past, the final revelation of which the film works towards in both the flashbacks and the present-day revenge scenes.

Maskell is a particular type of British hard man. Although he always plays thugs and heavies, his eyes portray a severe intensity. Maskell has quite good taste, too, appearing in stylish films by Nick Love and Ben Wheatley early in their careers. Maskell’s lyrical baritone is a big part of his appeal: watching Bull hammily tell a nemesis that he will huff and puff and blow his house down — minutes before he holds a machete to another man’s groin (“I’ll cut you from bollock to arse”) —  shows the great mix of style and tenor that makes the actor such an intriguing lead. In another world, if Britain’s film industry had the power, Maskell would be our Mads Mikkelsen.

If Bull feels excessively brutal, and the acting often strained, then that might be missing the point. This kind of revenger’s tragedy is a cornerstone of the British B-movie, from Outlaw to Dead Man’s Shoes. Hell, Death Wish auteur Michael Winner was a Brit, too. And like the British director Carol Reed’s Vienna masterpiece The Third Man, a climactic meeting between two friends turned rivals on a ferris wheel needs no violence to feel deadly. But there’s no penicillin wars in this blood rivalry. “Your family was put on this earth to destroy mine,” says the Scottish Norm at one point. To heighten the stakes, and show that Norm is even worse than Bull, he murds an old woman in cold blood. 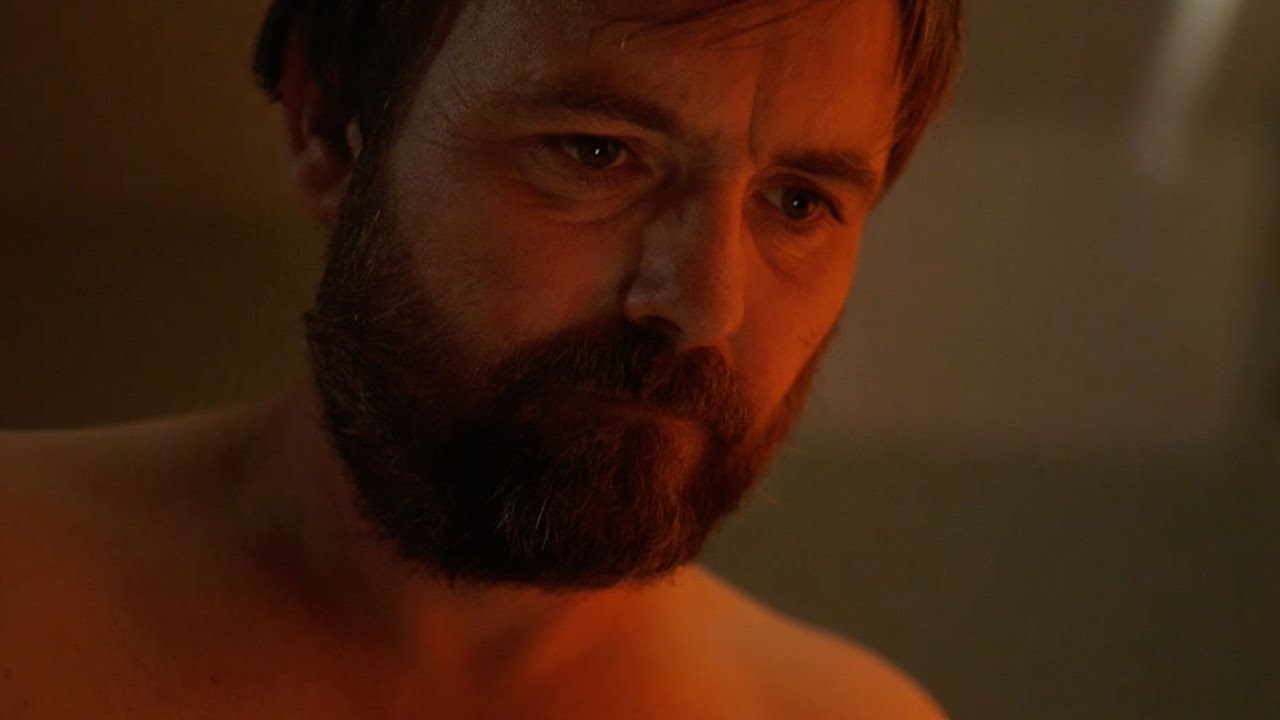 But by constantly one upping itself in the brutality stakes, Bull makes it difficult to see the more interesting aspects of Williams’ vision — specifically, his depiction of provincial English life, his scornful view of nouveau riche people, the teeth-shaking drone soundtrack which heightens the psychological intensity and those enjoyable scenery chewing performances. Williams’ reliance on violence doesn’t transgress in Bull, it merely toes the line. Imagine what he could do if he really let himself go.