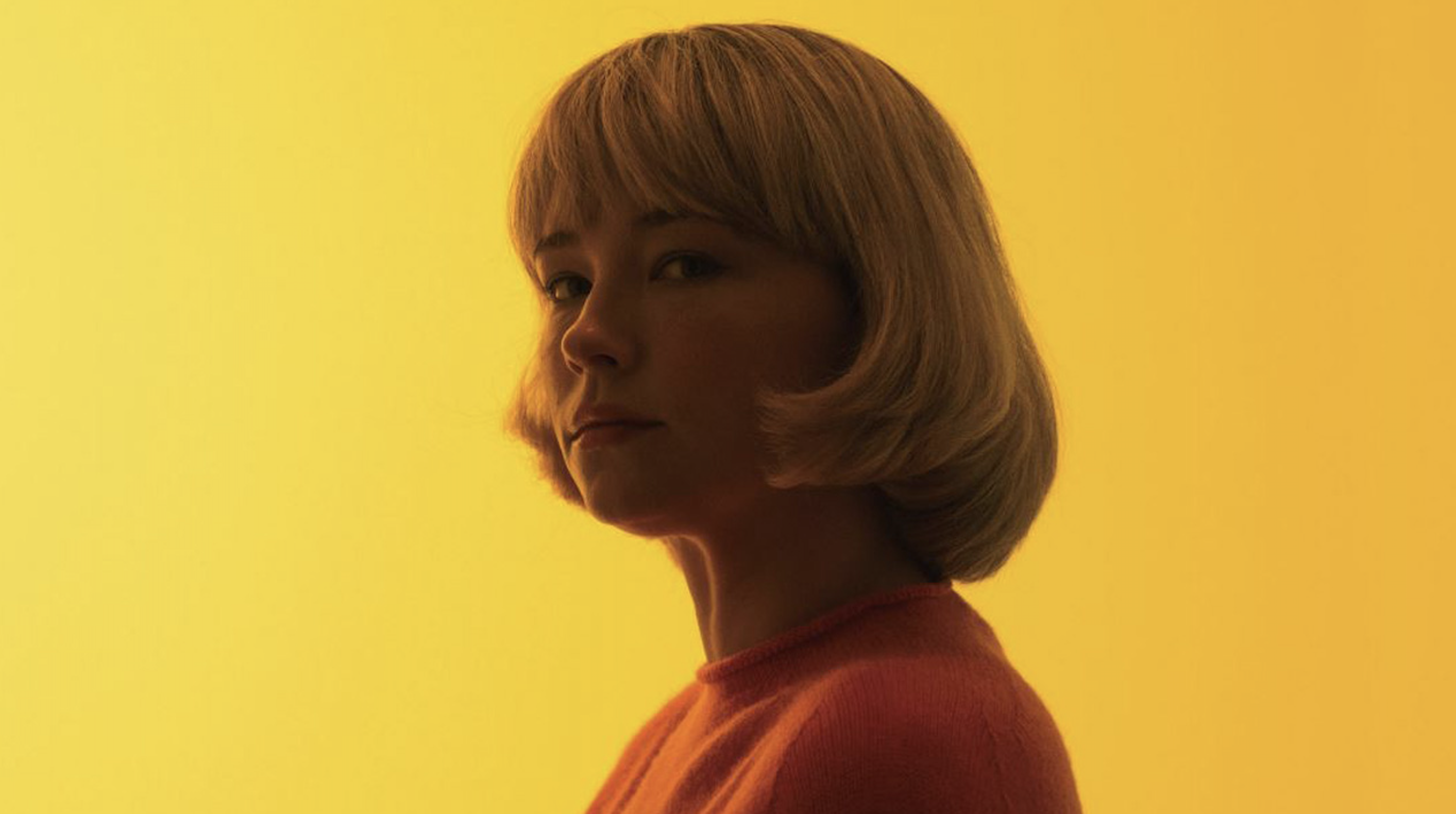 With a degree of precision and deliberateness that would impress Alfred Hitchcock, Carlo Mirabella-Davis’ noteworthy feature debut as a writer-director, Swallow, examines the actions of a young woman who consumes inedible objects as a way to attain some measure of control in her suffocating marriage to a wealthy man. According to the Diagnostic and Statistical Manual of Mental Disorders, pica disorder includes subtypes categorized by the eating of specific non-nutritional items ranging from glass to stones to soil to sharp objects. Swallow reverberates with several meanings, including an allusion to the protagonist’s potentially harmful ingestions and the indignities she must suffer under the humiliating surveillance of her husband’s parents.

Haley Bennett’s central performance is career-best work. In collaboration with Mirabella-Davis, the star and producer endows her character Hunter Conrad with empathy and humanity that will bring even the most reluctant and skeptical viewers to an understanding of the need to feel a sense of accomplishment, even one far outside the realm of cultural appropriateness. The majority of the movie is spent in close and intimate proximity to Hunter. Sometimes, the viewer is invited to her most private rituals, including the collection of small things that Hunter retrieves after they have passed out of her body. 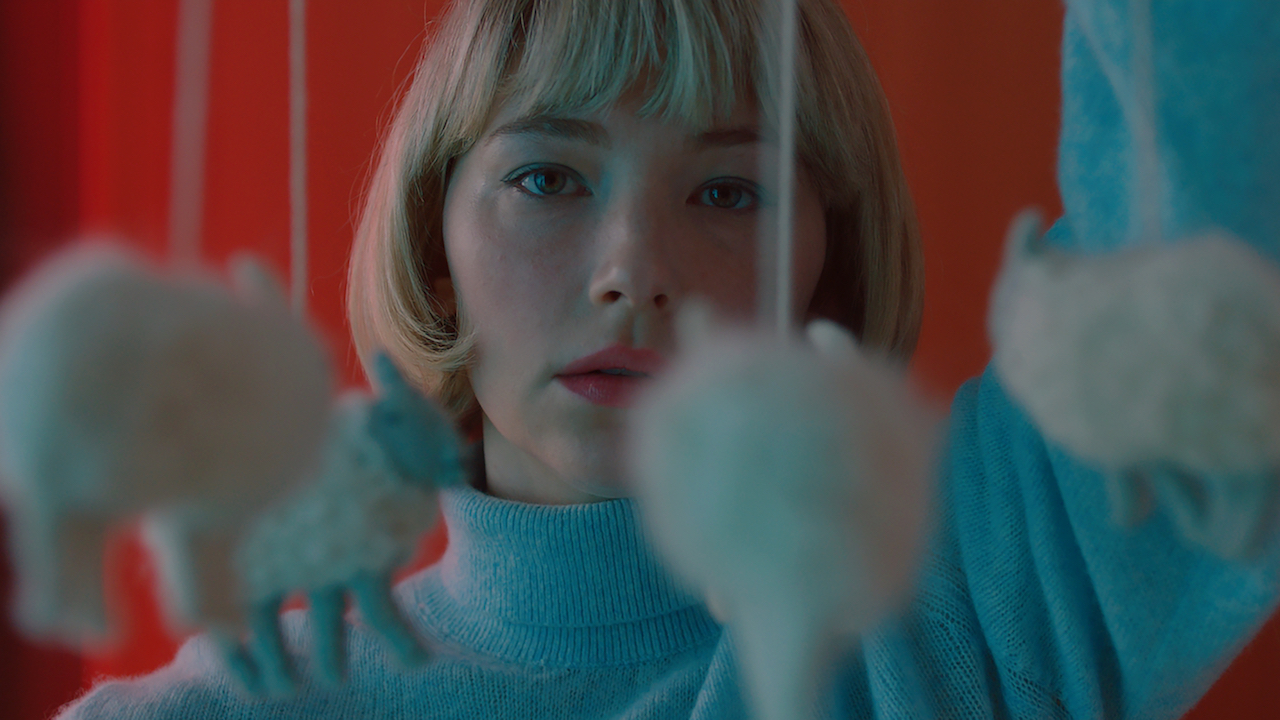 At other times, Hunter in seen in the company of others. These scenes are initially marked by the inconsiderate and rude manner in which she is constantly ignored, talked over, diminished, dismissed and disrespected. Past and present collide in the construction of Hunter as the contemporary equivalent of a mid-century, “trophy wife” homemaker — underscored by the pregnancy that reduces her to a vessel. Entitled spouse Richie (Austin Stowell) may or may not have a mistress in the city, but Hunter is another kind of odalisque: a slave and captive in her own gilded cage.

Mirabella-Davis uses the central location — a modernist Hudson Valley dwelling designed by architect Robert J. Dupont and filled with perfect touches and objects selected and arranged by production designer Erin Magill — with bold flourishes that emphasize Hunter’s increasingly worrisome isolation from human contact outside the tiny circle of coddled Richie and overbearing in-laws. It’s revealed that Richie’s parents gave the home to their son and his wife as a gift, a fact which suggests that Hunter is an interloper or pretender who does not really belong as a true member of the family and does not deserve the opulence and wealth surrounding her. 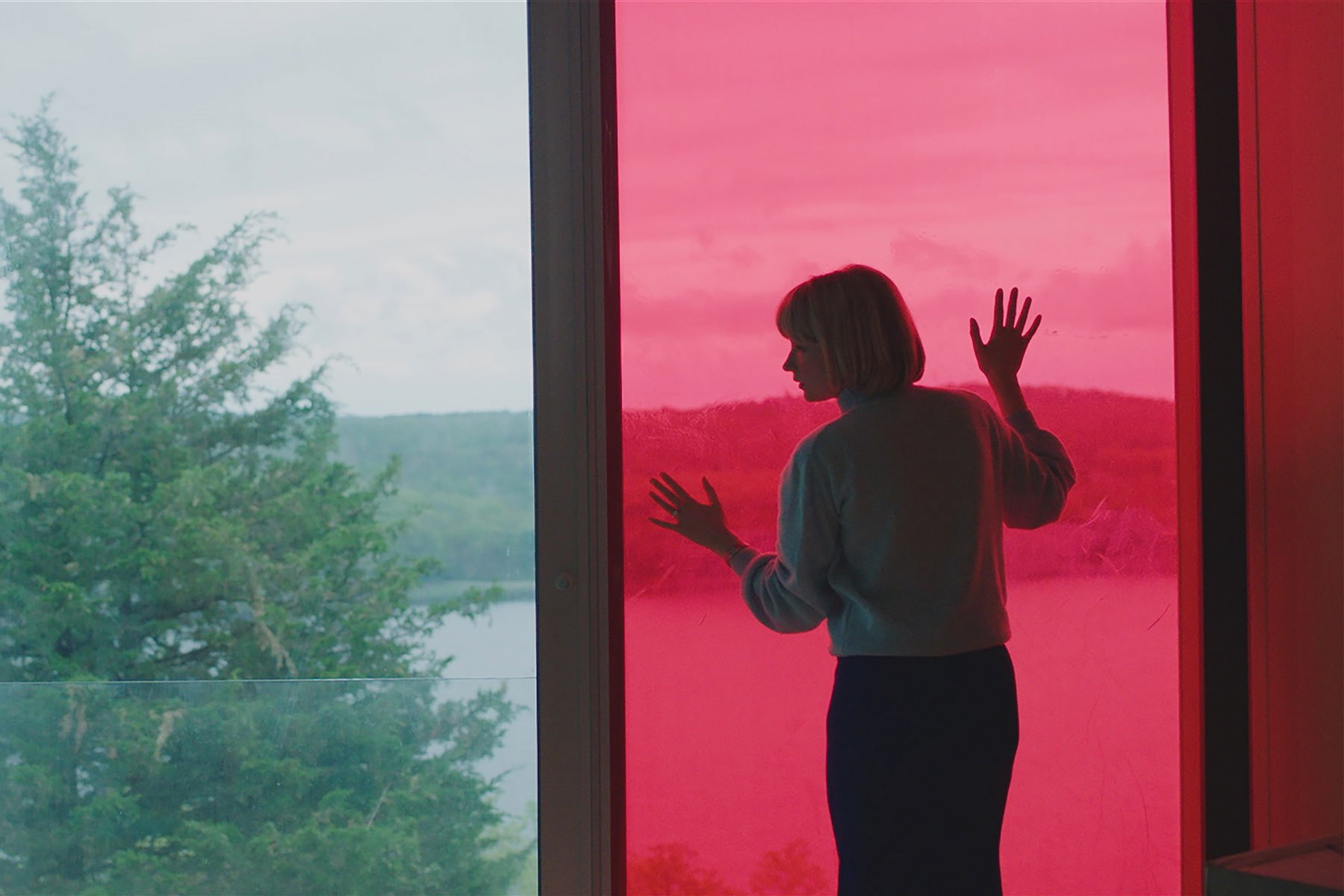 As Swallow progresses, Hunter establishes precarious relationships with others. One, which includes the superb, indispensable Denis O’Hare and sets up the shattering final scenes, is best left for the viewer to discover. A seemingly helpful therapist, played by Zabryna Guevara, may not necessarily abide by the ethical standards of her profession, and a hulking Syrian (Laith Nakli) retained by Richie’s family as a sitter/minder/nurse also upends expectations. These relationships all affect Hunter in increasingly important ways, and while many reviewers have argued that Swallow could or should be classified as a horror film, Mirabella-Davis engineers a perfect final shot that suggests there can be light on the other side of darkness.