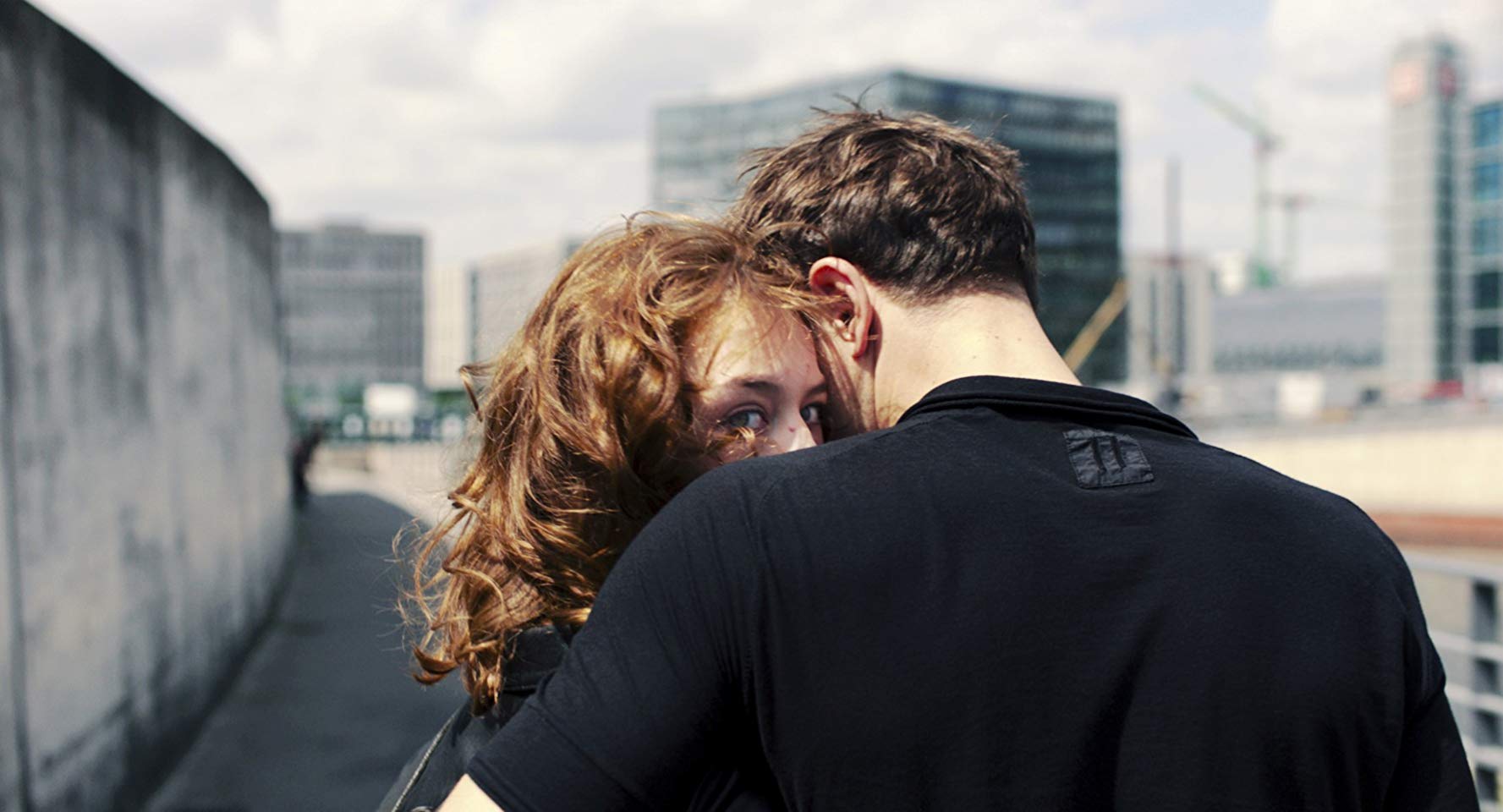 Christian Petzold uses the air in his style as a breathing place for large ideas. Tempered and minimalist, he is constantly in dialogue with film — not as homage or pastiche, but as utterance. If audiences accept that every camera movement or physical presence on screen recalls every other time a similar thing has appeared onscreen, then Petzold offers the space to find these associations, while giving viewers everything needed to read Undine, his messiest, most romantic work to date. If Transit riffs on Casablanca, and Phoenix mimicks Vertigo, then Undine is Petzold’s Magnificent Obsession, a film of wild swings left and right that don’t always hit, but are constantly trying to communicate, to connect. Here, Petzold interpolates the Greek Undine myth, of a water nymph who must kill her treacherous lover and return home.

Undine opens with a closeup of a face, Undine (Paula Beer). Sat outside a cafe, she is being dumped by her goateed boyfriend Johannes (Jacob Matschenz). A look of despair turns into anger, as she threatens to murder him, “I told you I would kill you,” she hisses. Petzold has an uncanny ability to dissociate his cinematic point of view from reality while playing entirely straight — think the modern locations in the WWII-set Transit — so it seems entirely possible that Undine will kill this man. With a piercing soundtrack that threatens to rise along with her apparently noisy heartbeat, the viewer is barely given a moment to settle into this person’s rhythm.

Undine works as a historian, lecturing tourists on urban development (one of the films’ slyest jokes is her assumption that international tourists are all fluent enough in German to keep up with her explanations of Berlin’s changing architectural structure). Soon, Franz Radowski’s Christoph appears, and Undine’s plot for vengeance is sidetracked by romance with a new man. Their meeting scene is out of this world, as Chrisoph accidentally shatters a fish tank that swoops them both away with its wave. They lie on the floor, sodden, unable to take their eyes off each other while shards of glass poke out of Undine. 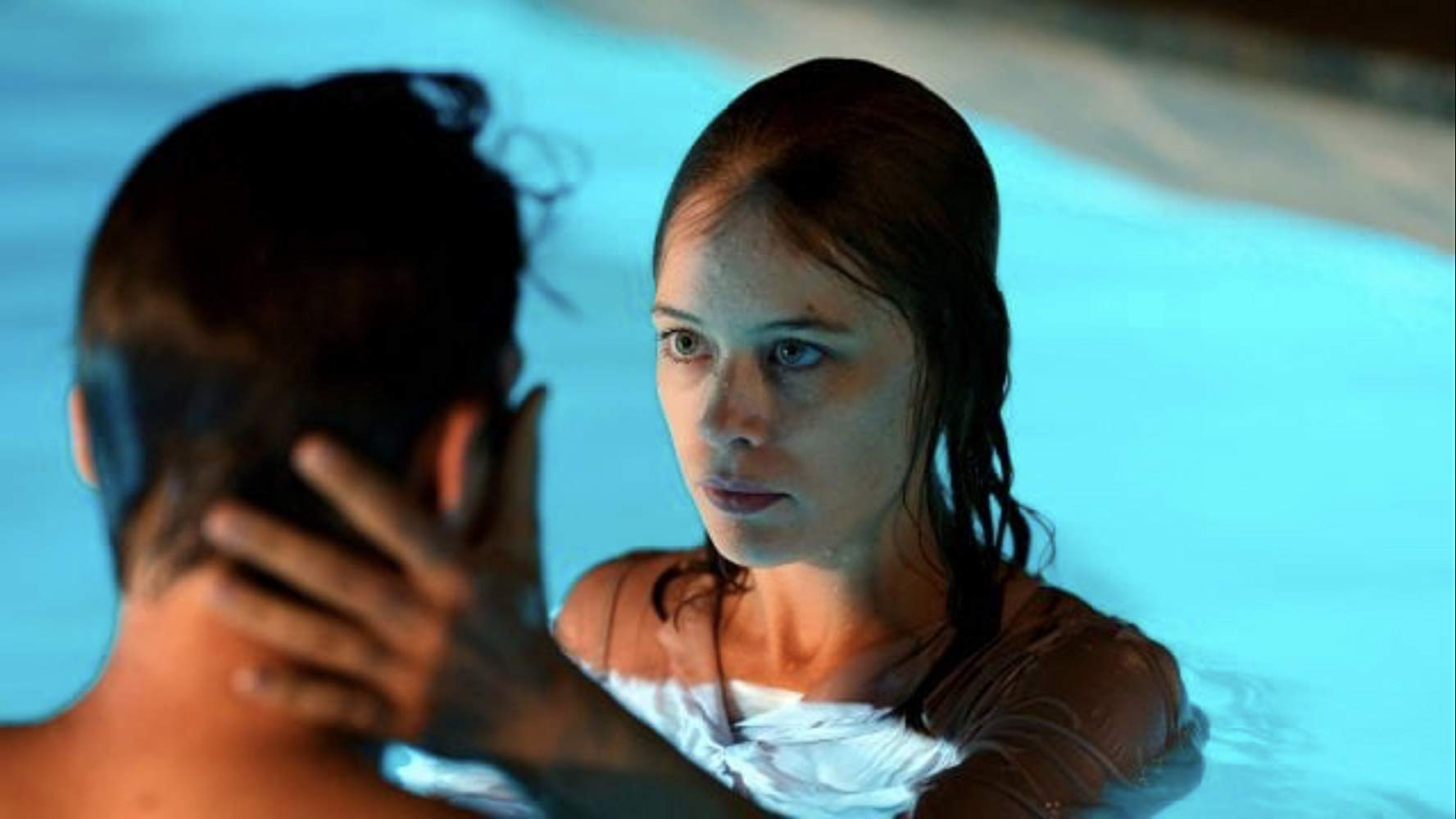 Petzold is similarly in awe of his two stars. He fixates on their endlessly craggy faces, exploring them, deifying them. Beer, of course, is Petzold’s muse, and he writes to her strengths: Undine’s mysterious, powerful aura; her ability to communicate with just glances. And Radowski is hilarious and charming, one of the most exciting European actors at the minute. After his intense turns in Happy End and Transit, he’s a goof-ball in Petzold’s latest feature. A shot of him running alongside a train, grinning like mad at Undine, is already the stuff of GIFs. But what’s wilder is Christoph’s proclivity to keep showing up at Undine’s house from a different city in just a t-shirt and seemingly without a phone. The balls of it are hard to argue with.

As the central romance develops and intensifies, Petzold treats every emotional pull as its own playful set piece: Christoph’s encounter with Big Gunther the catfish; a mad dash to the hospital; a noirish piece of violence. All that really ties together the loose plot is Undine as a physical presence in Berlin via long, panning shots across a miniature model of the city — simulation and recreation. Undine talks about Berlin as rejecting homogenous Americanism after World War II, but her Alexanderplatz apartment looks out over a grey-ish, dull-lit cityscape. Undine walks past pushbikes on one side, and app-powered rental bikes on the other — technology remodeling the city in its own image. 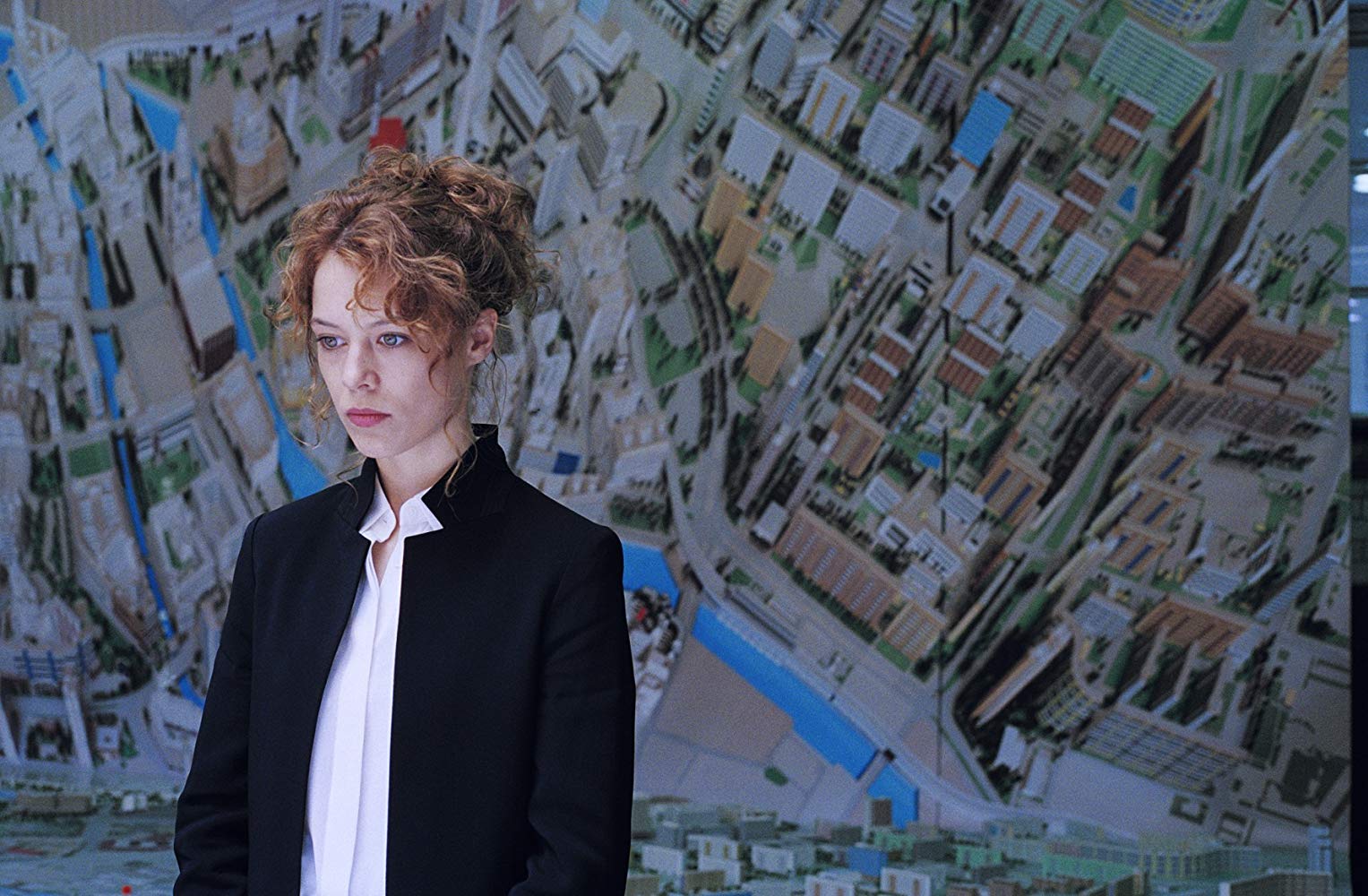 Undine’s climax quietens down after some of the madder twists and turns, with scenes of emotional poetry that are quite out of step with the preceding 80 minutes. Here, the film’s psychological argument comes into true relief — to look at a person and see another person, to live the real and imaginary simultaneously. Petzold draws the comparison between people and architecture. There is the rebuilt city and the ashes of the past; the palace and its rebuilt exterior; your past lover, and someone who might be similar. Undine, who lives and breathes Berlin, is constantly located by Petzold’s camera moving within these vast buildings, aware of the utterance of history in every step she takes.

These notions are present but hardly force-fed. Undine is rather a lark, an ostensible recession from the ambition of Petzold’s prior work. Perhaps that’s why it feels like a great, slim novel; a Billy Budd, a 60s Ingmar Bergman film — a romantic folly filled with generous details and wholesome emotion. Petzold’s use of fairytale is rote, but — as a piece of Sirkian high melodrama — Undine is eminently satisfying.