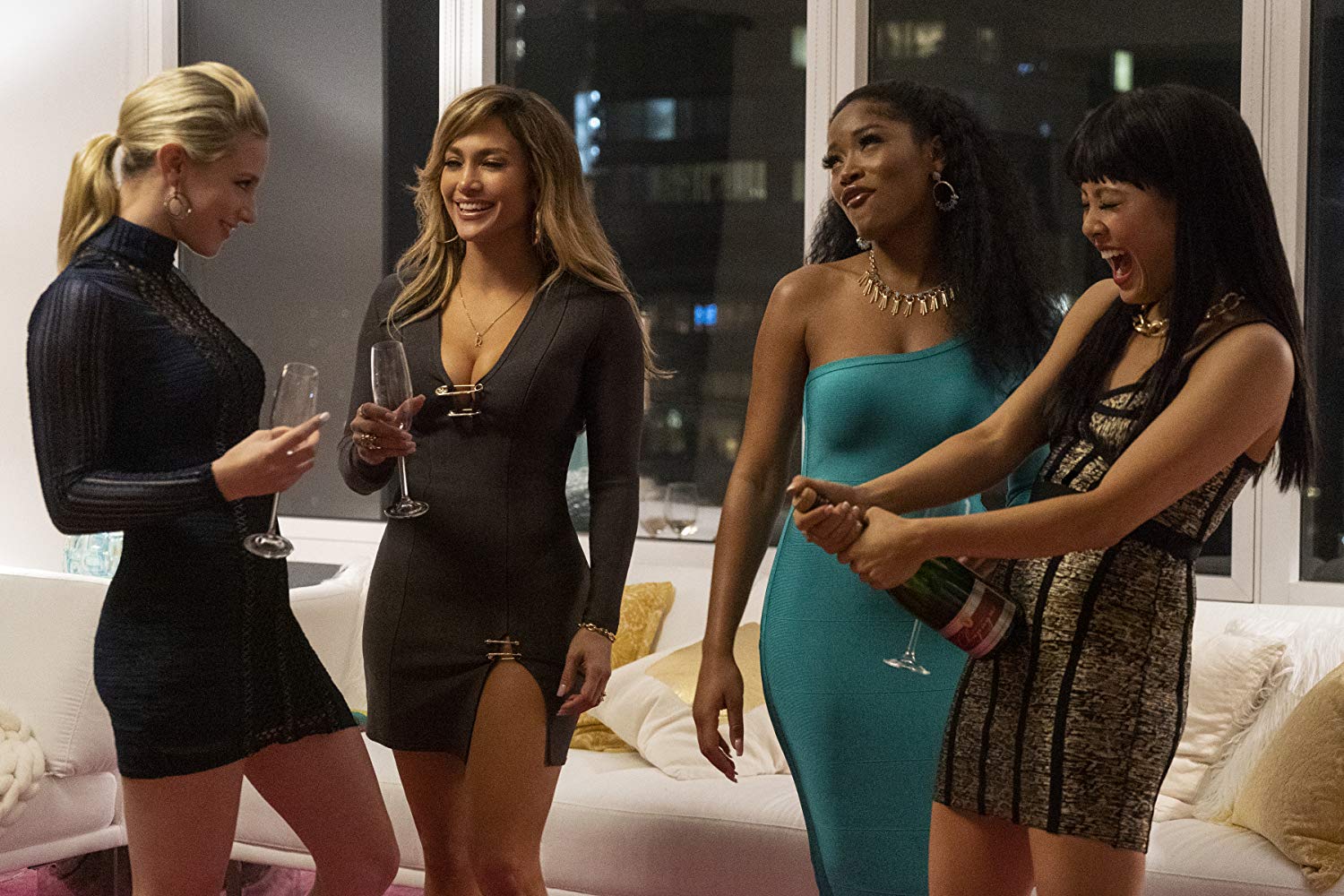 Based on Jessica Pressler’s 2015 New York Magazine article “The Hustlers at Scores,” Lorene Scafaria’s Hustlers dives headfirst into the world of sex work through the eyes of the women who make a living at it. Shaping the narrative around the complexities of female friendship and the pressures wrought by the financial crisis of 2008, Scafaria — who also wrote the screenplay — convincingly paints a psychologically resonant portrait that allows the viewer a seat on the inside looking out, as opposed to the more common depictions of movie stripping as framed by and for the pleasure of heterosexual males.

While Hustlers’ trailer and one-sheet suggest a deep-bench ensemble that includes pop hyphenates Lizzo and Cardi B, Scafaria focuses primarily on the dynamic between Constance Wu’s struggling single mom Dorothy/Destiny and Jennifer Lopez’s seasoned mama bear pole-veteran Ramona Vega. The colors of that relationship provide the highs and lows of Hustlers’ emotional landscape; Ramona’s calculating business acumen often gets in the way of Dorothy’s moral compass once the gears start turning. In this capacity, the point-of-view ultimately resides with Dorothy on her journey from neophyte to master in control (of herself if not her circumstances).

A Martin Scorsese-esque pair of sequences tracking Dorothy first through the labyrinth of a neon-lit, booze-soaked club and later as she rushes past judgmental mothers to drop her daughter at school indicate Scafaria’s directorial flair. At times, Hustlers embraces the music video mythology of prurient gaze-invitation — an amusing cameo by Usher as his 2008 self sets up a bump-and-grind, slow-motion, make-it-rain tableau while “Love in This Club” underscores the action. But the men in Hustlers are always a means to an end, a collective prop representing first a kind of gross entitlement and then later an all-too-easy mark, ready to be separated from significant amounts of cash.

The key soundtrack cues, selected and placed for maximum impact by the director, represent another point of comparison with Scorsese, who has long been a master of matching the perfect song to the right moment. Scafaria’s pair of classic Janet Jackson cuts, “Control” and “Miss You Much,” function as thematic bookends. Fiona Apple’s “Criminal,” which has become something of a stripping staple, introduces viewers to a commanding Ramona. Perhaps the most Scorsese-like sequence, which evokes the “Layla (Piano Exit)” body montage in Goodfellas, is a tour de force reckoning backed by Lorde’s “Royals.”

The con-artistry that precedes that moment places Hustlers in the company of other movies that have examined facets of the economic crash of 2008, most obviously The Big Short, as Adam McKay is one of the producers of Scafaria’s film. But the particulars of Hustlers, especially in terms of the movie’s commitment to working women telling the story and working women being the story, distinguishes it from the others. A framing device utilizing Julia Stiles’ journalist as interlocutor, confessor, interrogator and listener not only provides Scafaria with the means to organize chronological jumps in the timeline, it serves as a reflection and reminder of Scafaria’s own presence as moviemaker.