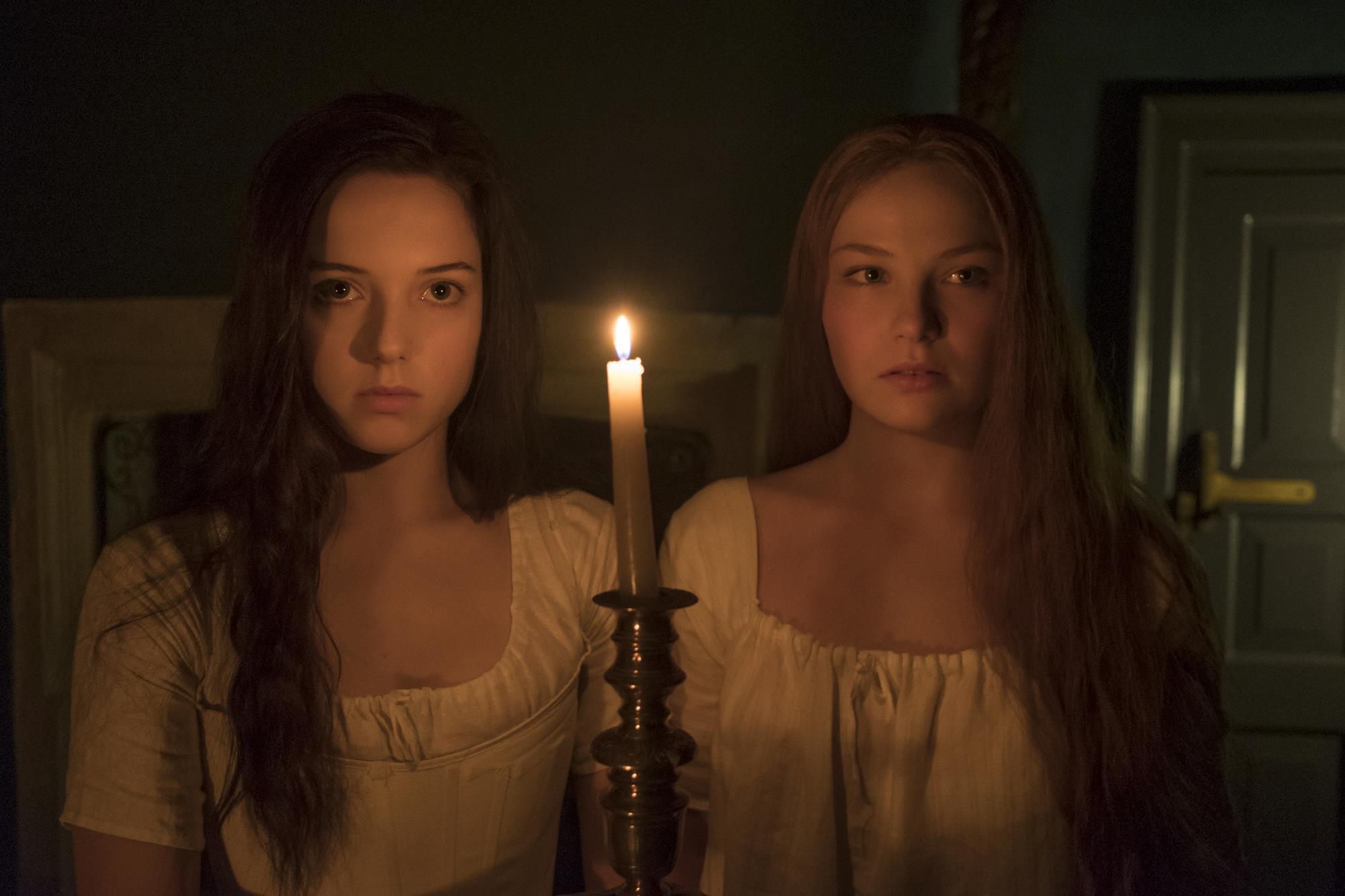 The character Carmilla has been fueling the imagination of writers, filmmakers and artists since 1872 when Irish writer Joseph Sheridan Le Fanu published Carmilla, a gothic short novel that predated Bram Stoker’s Dracula by 25 years. In 2014, the novella was adapted for the web series Carmilla, which preceded the forgettable 2017 film The Carmilla Movie. Stemming directly from the original text and thriving in its gloomy setting is Emily Harris’ 2019 adaptation, a wistful yet sensuous debut feature by the British director.

Although many lesbian films have been released lately, the same fear of poor representation looms ahead of every release. Will the relationship be purposeful and not just another token depiction? Will there be some sort of final straightwashing passed off as the only possible outcome for the otherwise doomed liaison? Carmilla follows quite a simple path. A beautiful vampire girl named Carmilla (Devrim Lingnau) takes a liking to her latest victim, the recluse and bashful Lara (Hannah Rae). She tries to pull her closer and closer, offering Lara both a distraction and sexual gratification. However, what is to be exceptionally appreciated in Harris’ debut is the fact that, long before Carmilla’s appearance, Lara seems to be harbouring feelings for her friend, Charlotte. Although such a detail might appear fickle to some, it’s truly quite remarkable. Presenting a main character whose sexuality seems to be non-conventional (at least from the point of view of the time when the story is set) is much more interesting than the beautiful but wicked lesbian vampire stereotype.

From the first scene onwards, Harris presents Lara as a non-conformative, transgressive character. Her subversive acts point to her rebellious and curious nature, as she cannot stand that women must refrain from reading certain books supposedly not appropriate for their gender. Lara can’t comply, so she often sneaks into her father’s library to have a look at his medical books. Surveilled by the insufferable governess Miss Fontain (Jessica Raine) — another victim of a twisted, puritan society — Lara embraces the adrenaline rush that comes from breaking the rules. Her attraction to Carmilla appears to be the natural culmination of a modern soul who just wishes to know no boundaries.

Conversely, Carmilla is, at first sight, a rather dull character. Beauty, cheekiness and irreverence all converge in her sensual figure, whose charm is somewhat too flourishing to be only human. And human she is not, as the film hints at in many different moments. Despite having to follow certain tropes of representation, Harris (who also wrote the script) crafts a peculiar character that Lingnau infuses with lifeblood through her eerie performance. Always too liminal to be perfectly captured on screen, Carmilla’s magnetic influence lures Lara into both her embrace and a doomed relationship.

Basking in the dim light of its many candles, Carmilla has the visual, muted flair of a gothic tale. Shadows aren’t to be feared; instead, they’re the perfect companions to flickering reflections of light, sculpting many an expression on the characters’ faces. Close-ups are scattered through the feature as to create a coveted intimacy which has been neglected for far too long. Less effective, though, is the copious display of inserts shots, whether it’s worms wiggling out of the ground or a decaying apple; the analogies to Lara and Carmilla’s relationship are too blatant to be poetic. Overall, in its reworking of the original novella, Carmilla proves to be a successful adaptation that will appeal to anyone looking for some unearthly shivers, or a coming-of-age story where being conscious of one’s own sexuality takes centre stage.

Ren Scateni (@29s____) is a film critic based in Edinburgh. She regularly contributes to Take One and has written for The Skinny and Screen Queens. Serena is a Japanese cinema enthusiast and usually ends up watching all the East-Asian films screening at festivals.