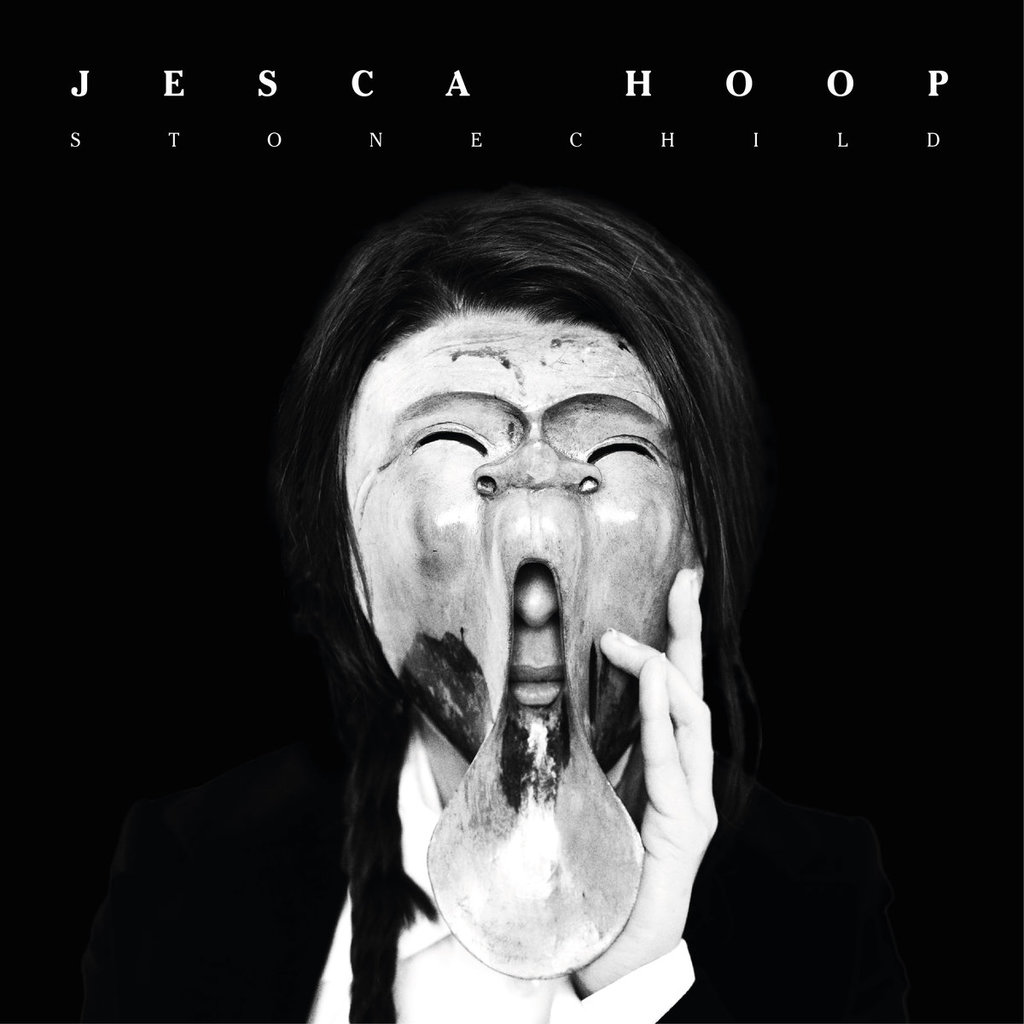 In the years since Jesca Hoop’s 2007 debut album Kismet, she has refined her sound considerably, honing it into something that is unmistakably hers. Even by Jesca Hoop standards, though, Stonechild is something entirely different.

While Kismet careened wildly from whimsical to straightforward, Hunting My Dress (2009) and The House That Jack Built (2012) embraced Hoop’s astonishingly flexible vocals with a distinctive brand of avant garde rock music. Memories Are Now seemed to be the natural next step in Hoop’s evolution; she’d already recorded acoustic versions of both Kismet and Hunting My Dress before that album’s 2017 release.

Jesca Hoop’s career is full of songs boasting wild twists and turns; tracks that are remarkably hook-filled. This is why she was able to whittle a massive tune like “Four Dreams” into something more intimate but still allow it to retain its earworm essence. One can even imagine a reverse engineering of Memories Are Now with a full rock band. Yet the songs on Stonechild are haunting to the point of discomfort, precisely because they could not successfully exist in any other realm.

When working with producer John Parrish (PJ Harvey) on Stonechild, Hoop admits that she wasn’t used to having her work so “brutally edited,” noting “I wasn’t shy about expressing my discomfort at the sight of my work on the cutting room floor.” Yet it’s not just that Stonechild is Hoop’s music “stripped down to the bare basics,” as Parrish seems to have uncovered something that’s always been lurking in the corners: an authentically unsettling and eerie quality.

Hoop’s vocals are at the forefront, directing the melody to a point that the music is felt rather than heard. When her characteristic guitar and percussion makes an appearance, it’s not comforting, however — it’s uncanny. And although Hoop has often created music that feels of a different generation or century, Stonechild evokes something primal and raw.

This effect transcends even the song’s subject matter. “Shoulder Charge” details the all-too-common modern anguish of isolation in a hyperconnected world, but still manages to sound as if it’s from a time when such technology was the stuff of science fiction. It’s a perfect choice for the album’s first single as it traverses the same intensely empathetic ground as past Hoop tunes like “Angel Mom” and “D.N.R” so its undercurrent will be emotionally recognizable to fans.

It’s not the only song that deals with current issues in a way that feels of another time. “Outside Of Eden,” which features vocals from Kate Stables as well as Hoop’s charming nephew Justis, addresses the problems of technology and teenage development with love instead of fear, and the result is extraordinary. Similarly, “Red White and Black” is a powerful statement on racism that underscores the idea that the past is not as far away as it seems (“And the black rows that sew their own chain / get a dollar worth of calico for their new-born baby”).

“Old Fear of Father” and “Death Row” are both saturated with disquieting atmosphere. The former comes across like an old poem that disturbs as much as it beguiles, even more so when one realizes that the ideas presented by its fictional narrator are still alive and unwell. The latter melds darkness and light so skillfully that lyrics like “my tryptophan teeth and comatose lips firmly latched round the teat of a comfort whore” will go down like so much sugar in a spoonful of bitter medicine.

Seductive contradictions abound on Stonechild. “Foot Fall to the Path” is dizzying in execution, conveying the inherent despair at the heart of all happiness. Musically, it creates a rhythm that is both soothing and unpleasant, much like the lyrics within: “Why love if loving never lasts / I’ll never have what I’ll always have.”

Although there is much deep-seated grief within Stonechild, there is much hope as well. “01 Tear” chisels open the hardest of despondent hearts with lyrics that help us realize that there is joy to be found within pain. “I can’t show you a love that is fair or a life that is bearable,” says the man in the song to the narrator, “so I’ll show you how to win solitaire.”

Stonechild is not an easy album to bear witness to, much as the tales it tells are difficult to confront and contemplate. But as “Shoulder Charge” reminds us, “nothing one can go through has not been shared by two.” It’s a cruel world, but with music like this around, we are never truly alone.